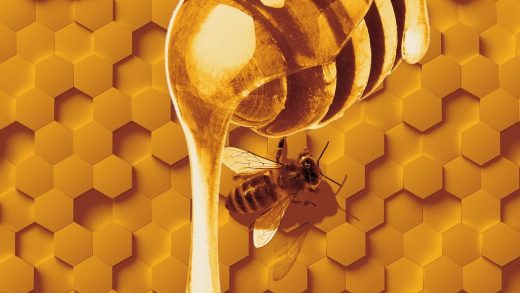 Eating honey is more complicated than you might think

Is it ethical to eat honey? Vegans have been debating this sticky question for decades—and now, they’re not the only ones. Although large-scale honey production was long thought of as a symbiotic process that helps honeybees and humans alike, recent environmental studies, along with an increased understanding of declining bee populations, have shown that it’s the exact opposite: The industrial honey industry, far from being mutually beneficial, is immensely harmful to bees and humans alike.

Contrary to popular belief, cultivating honey for human consumption isn’t just a matter of letting bees “do what they do” and reaping the benefits. Although the creation of honey is a natural process, humans extract far more honey from bees than they would otherwise create naturally. As a result, bees can suffer during all stages of industrialized honey production.

Honey is created when bees suck the nectar out of a flower, regurgitate it, and process it with other bees back at the hive. In their natural states, they use this honey as a food source during winter. But on honey farms, beekeepers take that honey and replace it with a cheap sugar substitute—one that’s insufficient to meet honeybees’ nutritional needs. As a result, honeybees die of over-exhaustion attempting to reproduce the honey that they require; others die of starvation or malnutrition, while others develop weakened immune systems and contract diseases.

In addition, honeybees suffer harmful growth abnormalities, such as shrunken hypopharyngeal glands, while their hives are being transported from one farm to another. Drone bees are also killed during the artificial insemination process. Beekeepers often use a “smoker” to “calm” bees when they inspect their hives, as smoke interferes with the bees’ primary form of communication: smell. Although the effect is reversible, too much unduly distresses the bees. Entire hives are often gassed with cyanide if beekeepers deem it too expensive to keep them alive through the winter.

Yet another tactic implemented by large-scale beekeepers is to clip the wings of the queen bee intentionally to prevent swarming; this ensures there is no decline in honey production. But as Heidi Herrmann, the cofounder of the Natural Beekeeping Trust, notes in the Telegraph, “Swarming is the natural way for bee colonies to reproduce; it’s their basic strategy for survival and for diversifying the gene pool. The motives for its suppression are questionable, and mostly spring from viewing the bees as honey production units. Meddling with the natural forces of reproduction is misguided, I believe.”

For some, the cruelty inflicted on bees during the honey production process is not a compelling reason to stop consuming honey, because bees are “just insects.” It’s an odd line of reasoning: Regardless of their taxonomic classification, studies have suggested that honeybees may feel pain, and if they do, they are no different in the ways that matter from the pain felt by cows, chickens, pigs, or fish. We may not yet know for certain whether bees feel pain, but given this uncertainty, we have a moral responsibility to behave as though they might.

Moreover, the negative consequences of industrial honey production extend far beyond the bees themselves. The honey industry also exacerbates an existing problem, a rather catastrophic one that has the potential to wreak havoc not only on bees, but on humanity itself.

As environmentalists often note, worldwide bee populations are in decline. Because of the crucial ecological role that bees play in food production, this decline is nothing short of an existential threat to human beings’ long-term food supply. It would be natural to assume that honey farming en masse, by cultivating and maintaining constant populations of honeybees, is part of the solution. But it’s not. In fact, it’s part of the problem.

There are around 20,000 species of bee. Honeybees are one of them, but they aren’t the only species that need saving. On the contrary, some experts suggest honeybees are actually making the problem of declining bee populations worse in two distinct ways.

First, honeybees (which are domesticated) often compete with wild bee populations—the species that really do need to be saved—for resources. Second, honeybees are selectively bred by beekeepers in order to maximize their productivity; however, selective breeding makes a species more susceptible to disease, and the diseases contracted by farmed honeybee populations can quickly spread to other bee species.

As a result, the conventional honey industry makes the already serious problem of declining bee populations even worse. (Mace Vaughan, the codirector of the Pollinator Program at the Xerces Society, a science-based nonprofit organization that protects wildlife through the conservation of invertebrates and their habitats, recently put it like this: “Keeping honeybees for pollinator conservation is like keeping chickens for bird conservation.”) It’s no surprise that, of all the solutions that environmentalists have proposed to reverse bee population decline, buying more mass-produced honey isn’t one of them.

Make no mistake: There are a lot of downsides to farmed honey, and some of them are quite serious. Although honeybees may indeed suffer as a result of commercialized honey production, you don’t have to be concerned with the bees’ welfare to see why honey production is problematic.

If you’re concerned with these many issues, one option is to seek out ethically produced honey instead of big-name store brands. A handful of honey companies, such as Equal Exchange and Tropical Forest have adopted more sustainable production methods, like avoiding fertilizers, pesticides, and crop monocultures, which damage biodiversity, as well as ensuring sufficient food and resources are available for the wider bee and insect populations. Small, local farms often utilize similar practices as well. One “vegan beekeeper” put it like this: “Providing a home for bees where they will not be mistreated, shipped across [the] country on the backs of giant trucks or given genetically modified crops to eat doesn’t sound exploitative to me.” As an added bonus, some people say that ethically produced honey tastes richer than its mass-produced counterparts, which are often a blend of overprocessed, different honeys from different countries.

No matter the source, reducing or eliminating consumption of honey is still likely the best consumer strategy for alleviating the plight of bees. But that doesn’t necessarily mean you have to give up the sticky, sweet stuff: Some companies that sell vegan honey include Blenditup, Skinny Foods, Bee Free Honee, and D’vash Organics. Moreover, there are plenty of readily available honey substitutes: Agave nectar, rice syrup molasses, and maple syrup are all excellent food sweeteners that taste just as delicious as honey but come with none of the drawbacks. Now is as good of a time as any to make honey a treat only, or switch to a honey-free diet—regardless of whether or not you’re a vegan. 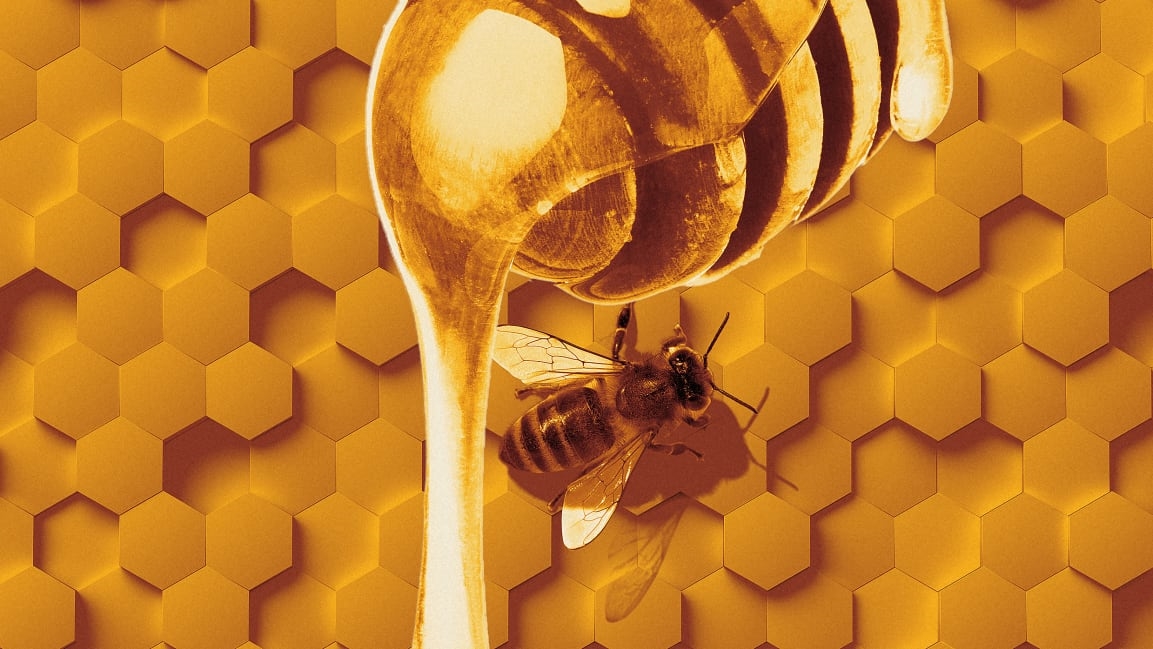