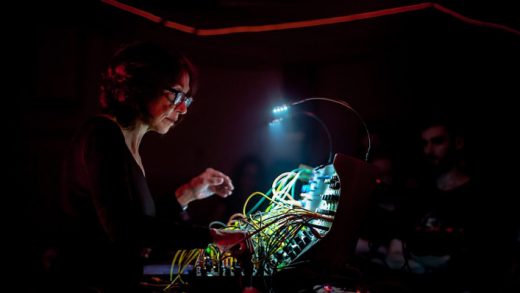 She might not be a household name, but Suzanne Ciani has racked up an impressive list of accomplishments. Her five Grammy nominations are just the start of it. In 1974, the musician, sound designer, and synthesizer pioneer founded Ciani/Musica, a company that crafted sounds for advertisements for Coca-Cola, AT&T, and General Electric. She did sound design for early video games, including the 1980 classic pinball machine Xenon, and she was the first solo female composer to score a Hollywood film, 1981’s The Incredible Shrinking Woman. Along the way, she released 17 solo albums of both synth-driven electronic music and what she calls her “romantic,” more traditional, piano-based songs. Some of her early work, like 1982’s “Seven Waves” (a classic among ambient electronic music enthusiasts), has enjoyed a resurgence in recent years, thanks in part to reissues from labels like Finders Keepers. She has more music on the way.

Ciani was one of the few people to master the Buchla modular analog synthesizer and later, other iconic synths. She helped introduce these electronic instruments to the world in the ’70s, when most people had no idea what a synthesizer was, let alone the impact it would have on music. “I was in a field nobody understood, so I had total freedom,” she said on stage last weekend at the music and technology conference Moogfest in Durham, North Carolina, where she won the 2017 Moog Innovation Award.

Amid a packed festival schedule that included a live synth performance with immersive quadraphonic sound, Ciani spoke with Fast Company about her five decades in music innovation.

Fast Company: How has your Moogfest experience been?

Suzanne Ciani: You need to be cloned to properly attend this festival, because simultaneously there are so many things going on that you want to see. Even my own concert conflicted with things that I wanted to see. But it’s wonderful. I came last year and it seems to be more vibrant and exciting thing this year.

FC: And you received the Moog Innovation Award this year.

SC: What a surprise that was! They keep that under wraps until the last minute. I was completely flabbergasted. My mission has been to promote innovation, so I’m happy to have the award. It can give me some fuel to have more impact. My job now is to communicate with engineers who are the toolmakers. You can’t completely control a tool. At best, [a tool] has open architecture so that it can be redefined by the user. An artist will take something and turn it upside down and inside out and make it into something you never thought.

FC: How has your toolkit evolved over the years? And how has it stayed the same?

SC: I appreciate the new audience that I have now. After my performance, I look out at these people and there’s completely different listening than there was the first time around [in the 1970s and’80s]. There was no listening the first time around. Nobody knew what it was. They didn’t know where the sound was coming from. Now I look out and these are people who speak the same language. It’s very satisfying to me to play into that.

I started out with the Buchla 200. It was completely analog. I played that for 10 years. The machine broke, it was stolen. I segued into more “normal” instruments and more of a recording sensibility instead of live performance. I started out in pure live performance. That approach has been lost and is just coming back now. I’m now playing the 200e, which is a hybrid. It’s analog, but it has digital components. I’m also using some of the newer things, like the Eventide H9 processors, which are delightful for my quadrophonic space. I play in quad. People love quad. But it’s hard to get sometimes. You have to fight with the venue. You have to fight with the promoter. They don’t get it.

FC: It looks like you use the Animoog iOS synth app on stage, which is cool.

SC: Yes. I love that. I wouldn’t have discovered that, except that I was working with a Moog engineer, trying to prepare myself for a future without the Buchla. The Buchla company is gone. It was sold, but it’s not the same. So I had no [engineer] support there. I was here at Moog last year and I played the Buchla. And Emmy [Parker, Creative Director at Moog Music] said, “Next year we’ll give you a bigger theater.” And I said, “I’m not coming next year.” I don’t want to continue in this very fragile situation; I never know if the Buchla is going to make the trip. It’s too stressful. And she said “We can fix that.” And she gave me the services of an engineer, which gave me some comfort. If something broke, I would have support. Over this year, I worked with the engineer. We’ve ironed out some of the issues.

FC: You are a synthesizer pioneer—and you’re also one of the first women in the field. There’s a clip that shows you working on the sound design for the Xenon pinball machine in 1980, and you politely suggest to the guys you were working with that it might be nice to have a female voice in the game. That must have seemed like a radical idea at the time.

SC: [Laughs] Yes! I was the first female voice. I’m encouraged because I’m seeing a lot more women now. You can’t make gender-specific comments, but I do think that women are very suited to electronics, because it’s a sensitive thing. You turn that knob. We all know we’ve gone deaf in a theater because some engineer at the board has just gone up a quarter turn and suddenly the decibel level is damaging.

We certainly don’t see it in our government, we don’t see it in a lot of places, but I think technology is becoming more balanced. A lot of women come up to me. I’m happy to be a role model, if it makes anybody feel more confident. I think that’s great.

FC: There’s a big, almost obsessive focus here at Moogfest on the future—and in particular, the future of music and how innovation is defining that. That’s something you’ve been thinking about forever. What is your sense now, in 2017, of what the future holds for creatives and musicians?

SC: That’s a complex question, because the future is defined in some ways by the tools that are available. That’s where I focus my energy. Let’s give people the tools that don’t funnel them to one particular path. We should have options. We have wonderful creative things with DJs, with people using turntables. Who ever thought you could use a turntable that way? It’s a tool that’s now in the hands of an artist. Unexpected things can occur. And that’s always the future: the unexpected interaction of an artist with a vision. You could give them a hammer and they would make music.

Where’s the future going? I’m encouraged that people are pursuing the depth of a relationship with the machines. I think our introduction to technology was kind of like: It makes it faster and easier and you just touch something and it produces a result. Look at that! It’s magic. I think now people are getting down with their tools. They’re living with them and interacting with them in a more sophisticated way. The payoff isn’t necessarily instant. People are developing techniques, just like people did in other areas. You didn’t pick up a violin and expect to play it right away. So we’re getting into that depth now. It’s not just about the tools. We don’t need more stuff. Kids get addicted to stuff. My emphasis is to impact the tools themselves.

FC: Some of the attendees at Moogfest are quite young. It’s heartening to see kids, sometimes as young as 11 or 12, tinkering and playing with synthesizers and building stuff. What’s your advice for the next generation of creatives and musicians?

SC: Develop a personal relationship with the machine. You learn it by doing. The problem with digital [instruments] was you couldn’t learn by doing. You actually had to study a manual, because things are hidden and layered. You have to have a road map to access certain things. I think that’s why the kids are excited about analog [synthesizers] now. It really is an intuitive art form. You reach for that knob, you turn it and something happens. That’s satisfying. You have that instant feedback.

When you’re playing a machine like that, you just need to spend time. Time builds the relationship, the understanding. It’s like you’re having a relationship with a human being. It’s warm. It’s alive. It’s a give and take, a conversation. “Oh wow, you can do that? Now I want you to do this.” And sometimes it says, “No, I don’t want to do that!” And you can say, “Alright, what do you want to do?” And then you go to the engineers and designers and say, “I love this, but I need this.”

FC: What’s next for you?

SC: I have my own record label [Seventh Wave]. It’s been primarily releasing my romantic music, not my live electronic music. So I do want to release quadrophonic, live electronic Buchla music. I’ve been recording all these live performances. I’m going to pick through them and release a couple of them. I have a studio album from the old days of compositions that I wrote when I was in Venice, Italy, that are classically based, but electronically realized. I was about to record that when I got interrupted by Moogfest.

But first, my tennis. I have a tennis match tomorrow morning that I’m really excited about.

She’s been innovating in synth-based music since the 1970s. We spoke with Ciani at Moogfest, where she won an innovation award.

She might not be a household name, but Suzanne Ciani has racked up an impressive list of accomplishments. Her five Grammy nominations are just the start of it. In 1974, the musician, sound designer, and synthesizer pioneer founded Ciani/Musica, a company that crafted sounds for advertisements for Coca-Cola, AT&T, and General Electric. She did sound design for early video games, including the 1980 classic pinball machine Xenon, and she was the first solo female composer to score a Hollywood film, 1981’s The Incredible Shrinking Woman. Along the way, she released 17 solo albums of both synth-driven electronic music and what she calls her “romantic,” more traditional, piano-based songs. Some of her early work, like 1982’s “Seven Waves” (a classic among ambient electronic music enthusiasts), has enjoyed a resurgence in recent years, thanks in part to reissues from labels like Finders Keepers. She has more music on the way. 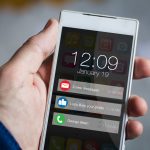 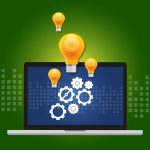 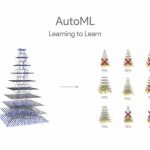 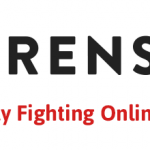 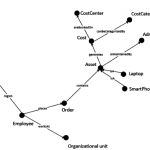 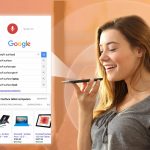 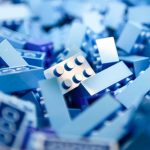 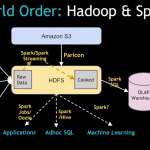 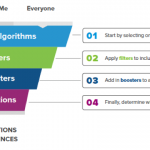 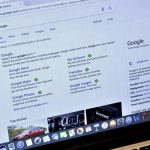 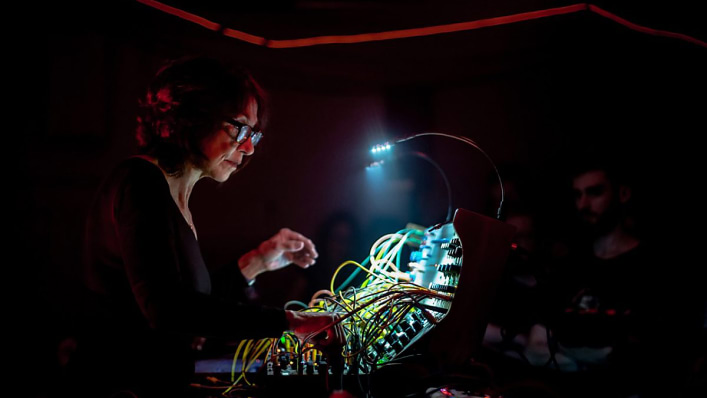