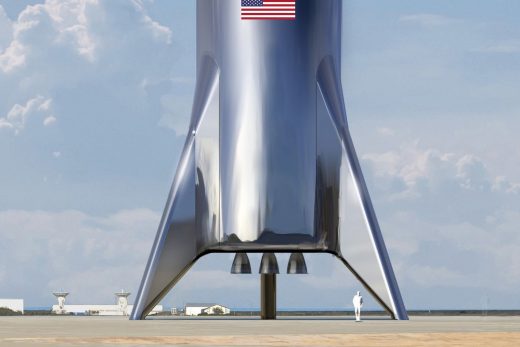 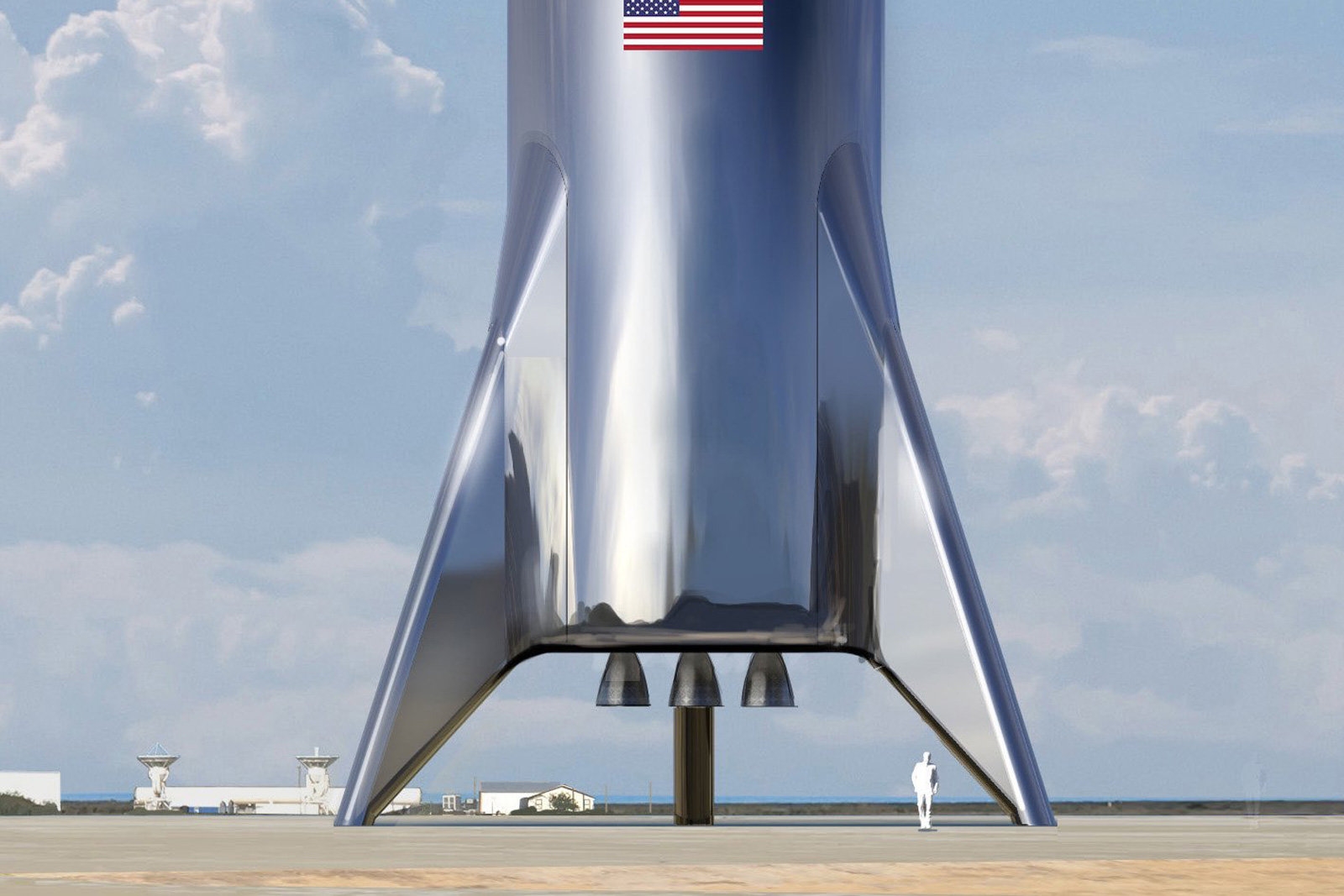 It’s no secret that SpaceX has been constructing its Starship test vehicle — it’s easy for curious onlookers to snap photos. But what will it look like when it’s finished? You don’t have to wonder. Elon Musk has posted concept artwork showing what the completed vehicle will look like. It’s surprisingly pretty for a prototype, if borrowing more than a few cues from 1950s sci-fi with its gleaming stainless steel body.

The test mule will be 30 feet across like the completed Starship, but it’ll be shorter and will unsurprisingly go without windows. It’s intended to fly suborbital ‘Grasshopper‘ flights and prove that the basic formula is sound before moving on to orbital missions in 2020.

You might not have to wait long to see how well the concept lines up with reality. SpaceX currently expects to fly the test craft sometime in March or April, or about half a year earlier than first thought. While you’ll still have to be patient before you have a glimpse at the finished Starship, this is a good a sign as any that SpaceX’s plans are solidifying.

Starship test vehicle under assembly will look similar to this illustration when finished. Operational Starships would obv have windows, etc. pic.twitter.com/D8AJ01mjyR