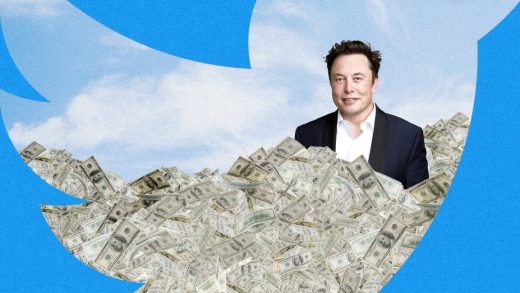 When Elon Musk filed an offer with the Securities and Exchange Commission (SEC) on Thursday morning to buy Twitter for $54.20 per share—or a total of just over $40 billion, in cash—the millions of users and other executives that follow his every move online began celebrating and fantasizing about what the platform would look like under his command.

“The Twitter woke employees are in for a rude awakening,” former PayPal executive Keith Rabois tweeted. “Elon once threatened to fire all the interns for waiting in a long line for coffee at SpaceX and installed cameras to ensure it wouldn’t happen again.”

Musk’s move to fully take over Twitter (which is currently under review by the company) comes after an erratic and confusing month for the extremely online billionaire. He has spent the last few weeks effectively live-tweeting his way toward Thursday’s offer, making it almost impossible to separate what Musk genuinely thinks about the company and what is just meant to be a joke to entertain his followers. For instance, his followers dutifully noted that his offer price is “5+420,” a number commonly associated with marijuana consumption.

But Thursday’s offer is the culmination of a decades-long transformation for Musk, in which he has merged himself with the machinery of viral internet content, using memes and online trends to build a cult of personality with a rabid online following. For Musk, Twitter acts as a megaphone: a weapon to wield against his enemies, and a tool for manipulating financial structures. And now, he wants to own it completely.

Twitter, though smaller than social networks like Meta’s Facebook and Instagram, is the platform with the most influence over how global politics and pop culture are shaped. This is especially true following 2016, when Donald Trump used the platform to drum up attention on a near-daily basis. But since the platform banned Trump permanently last year, citing “risk of further incitement of violence” following the January 6 insurrection, there’s been anxiety—particularly among the world’s capitalists and conservatives—about how the company decides who belongs on the platform.

It was this anxiety about “free speech” on Twitter that Musk latched onto last month when he shared a Twitter poll, asking his followers, “Free speech is essential to a functioning democracy. Do you believe Twitter rigorously adheres to this principle?” Respondents voted overwhelmingly against the idea that Twitter defends free speech. “The consequences of this poll will be important. Please vote carefully,” Musk continued in a subsequent tweet.

A day later, Musk quote-tweeted his poll, teasing out a bit more of what he was possibly thinking, writing, “Given that Twitter serves as the de facto public town square, failing to adhere to free speech principles fundamentally undermines democracy. What should be done?”

“Is a new platform needed?” he asked. In the replies, his followers buzzed with excitement.

Now we know that Musk wasn’t planning on making his own version of Twitter—he seriously intends to buy it. And if he succeeds, he will own the main global feed of internet culture, giving him even greater influence to use as he sees fit.

“There is not one kind of Musk fan”

For people who only know Musk as the eccentric billionaire who makes electric cars or rockets, the seemingly genuine desire to buy a social network could not be more confusing. For Musk, though, it’s all about having complete control over what he has referred to as the “memes of production.”

Musk started his career building online businesses like PayPal and the software company Zip2 before founding SpaceX in 2001. He began applying a Silicon Valley-style “move fast and break things” model to make inroads into the aerospace industry. And then, in 2004, Musk became the majority shareholder of Tesla, assuming the role of CEO in 2008. That same year, his reputation as an iconoclastic entrepreneur was well-known enough to serve as the inspiration for Robert Downey Jr.’s Iron Man. And, in 2010, Musk nabbed a cameo playing himself in Iron Man 2.

Emerson T. Brooking, a resident senior fellow with the Atlantic Council’s DFRLab, says that the Musk of 2022 is very different from the Musk of 10 years ago.

“It is interesting now to go back to the early 2010s and see how different Musk’s persona and tweets were. Back then, his use of Twitter was mostly to share news about Tesla and his other properties,” Brooking says.

The creation of the Elon Musk we currently know—the viral “galaxy brain” tech founder who wants to bring humanity to Mars—entered the public consciousness largely thanks to a tremendously viral TED Talk in 2013. A few months after, this new Musk debuted in a fawning Wired interview, in which writer Chris Anderson declared Musk to contain “superhero-grade stuff.”

Since then, however, Musk has moved away from slick magazine profiles and movie cameos toward more natively online ways to build cultural power. He became a common fixture on sites like Reddit, and videos of his interviews would regularly go viral on Facebook—like a clip from the 2016 Recode Conference in which Musk outlined his theory that our reality could be a simulation.

According to Brooking, 2018 was the real turning point for Musk. “He began to accentuate many of the traits and mannerisms that his diehard fans had always ascribed to him,” he says. “This was his transformation into an Epic Guy, made manifest in 2018 by his fake ‘going private‘ tweets that rankled the SEC, his ‘pedo‘ attack on a Thailand cave diver, and his smoking up on the Joe Rogan Experience.”

The episode in which Musk smokes weed with Rogan, which launched a million memes, is Rogan’s most-watched ever, with over 40 million views on YouTube. It completed Musk’s evolution from fairly typical business mogul to something wholly new for the modern era—a billionaire with a fan army.

“The power of Musk’s fanbase comes in its diversity. There is not one kind of Musk fan,” Brooking says. “Instead, there are many overlapping communities: cyber libertarians, crypto bros, retail investors, Trump fanboys, and numerous other apolitical and low-information groups for whom Musk is essentially a lodestar. They don’t know each other, but they do know him, and they admire him—each for their own reasons.”

“He’s a shitposter who attracts shitposters to the site”

While Musk’s biggest diehards live across various pockets of the internet, they are most visible on Twitter, where they are constantly replying to his tweets and aggressively attacking his critics. “They’re an army of irregulars waiting to be marshaled via a tweet and sent on the digital warpath against anything Musk decides he doesn’t like, the iron fist in Musk’s velvet glove,” The Verge wrote in 2018.

“There is a flurry of articles every time he trolls someone on Twitter, so he knows he can influence news cycles with his tweets,” Erin Gallagher, a disinformation researcher currently working on the Shorenstein Center’s Technology and Social Change Project, told Fast Company. Gallagher says Musk-inspired harassment is particularly bad for women.

“His account can whip up waves of misogynistic abuse when he directs his tweets at women online,” she says. “If he did manage to buy the company, that would probably draw even more of his fans to the platform, which, I assume, would create a certain . . . atmosphere.”

Gallagher pointed to an account in The Daily Beast by journalist Erin Biba about what it was like to be at the center of an Elon Musk pile-on. Musk took to Twitter to respond to Biba’s story at the time, calling it dishonest and misleading.

The confusing mix of serious financial interest and relentless trolling that Musk deployed against Twitter—and the SEC—over the last month is also something he’s been perfecting over the years. As Brooking mentioned, Musk used his Twitter account to toy with regulators in 2018; and then, last year, Musk used his account to orchestrate what has been called a pump-and-dump of the doge coin cryptocurrency, using memes to send its price skyrocketing, and then, of course, careening downward. He has since continued to use his account to play with the crypto markets, getting more surgical in how he weaponizes Twitter’s influence over market prices.

And the idea that a user with the kind of influence that Musk has could then own the very site on which this kind of manipulation, harassment, and chilling of critical speech is happening would fundamentally change how the platform works.

“He’s a shitposter who attracts shitposters to the site,” Parker Molloy, writer and former editor-at-large for Media Matters for America told Fast Company. (After clarifying that probably “99.9% of the people who follow him on Twitter are totally chill,” Molloy pointed to a popular meme explaining that weird nerds can’t help but defend Musk on Twitter.)

The big issue for Molloy is that Musk and his fan army can easily overwhelm his critics, who aren’t nearly as powerful, both online and off.

“There’s a point that often gets made by Musk’s defenders that essentially argues that suggesting a celebrity take into account how their followers are likely to react to something they tweet is akin to asking them to forfeit their right to free speech because it might have a chilling effect on the celebrity in question,” Molloy says.

But, Molloy countered, Twitter accounts with massive followings like Musk can easily shut out critics by overwhelming them with abuse and harassment from their fans. “It’s just a matter of whose speech is being chilled,” she says.

Musk buying Twitter would suddenly mean his cyber army has, at least, a perceived home-field advantage. It’s a perceived threat not unlike the one Twitter itself is facing from the billionaire. Musk has threatened to sell his shares if Twitter doesn’t accept his offer, saying he doesn’t have any confidence in the company’s current management.

Hussein Kesvani, a writer and podcaster who specializes in how toxic masculinity manifests online, told Fast Company that Musk’s takeover attempt might end up backfiring spectacularly.

“??My hope is that it becomes untenable to work and that he destroys the platform,” Kesvani says.

According to Kesvani, Musk understands the dynamics of the internet better than any other CEO or venture capitalist, but by harnessing the power of the internet to become an influencer, he’s also reliant on the mechanisms of the internet to maintain that cultural power. Simply put: If Twitter becomes the Elon Musk fan page, there’s nothing to compel people to stick around.

“I think it goes in two ways. One is that Twitter becomes so consumed by Musk fanboys and their patterns of posting (including spamming the site with crypto scams) that it becomes an unusable site, and that it doesn’t become worth publishing on it,” Kesvani says. “The other is that his presence polarizes the site further, and that people who use the platform will do so in relation to Musk. At that point, Twitter just becomes part of the Musk brand, which I don’t think has enough cultural or soft power resonance to be genuinely popular.”

If Musk’s chaotic decade as an increasingly viral internet meme was kicked off by a TED Talk, it’s perhaps fitting that it may have come to close—or at least, entered into a new phase—on Thursday with another TED-sponsored event, this time a Q&A as part of this week’s TED Conference, streamed live, hours after his offer to buy Twitter.

“I think it’s important for there to be an inclusive arena for free speech,” Musk told the crowd. “Twitter has become the de facto town square.”

In the Q&A, he called the SEC “bastards” and said that one of his plans as a new owner for Twitter is to “open-source the algorithm” so that users can see if they’ve been decreased in the site’s recommendations. But he also warned that if he did buy the platform, it wouldn’t be an easy transition.

“Civilizational risk is decreased the more we can increase the trust in Twitter as a public platform,” Musk proclaimed before admitting that his plans to take Twitter private after buying it would be “somewhat painful.” 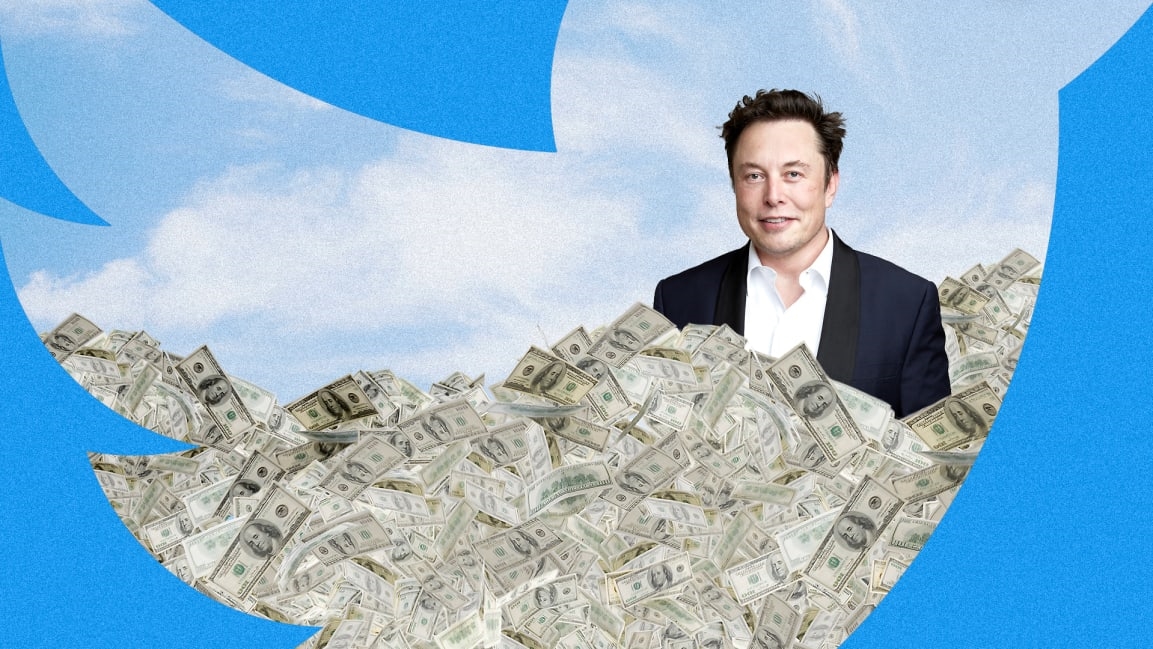