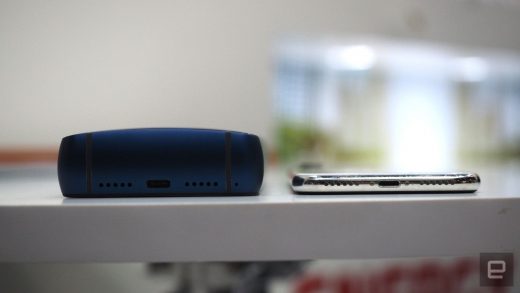 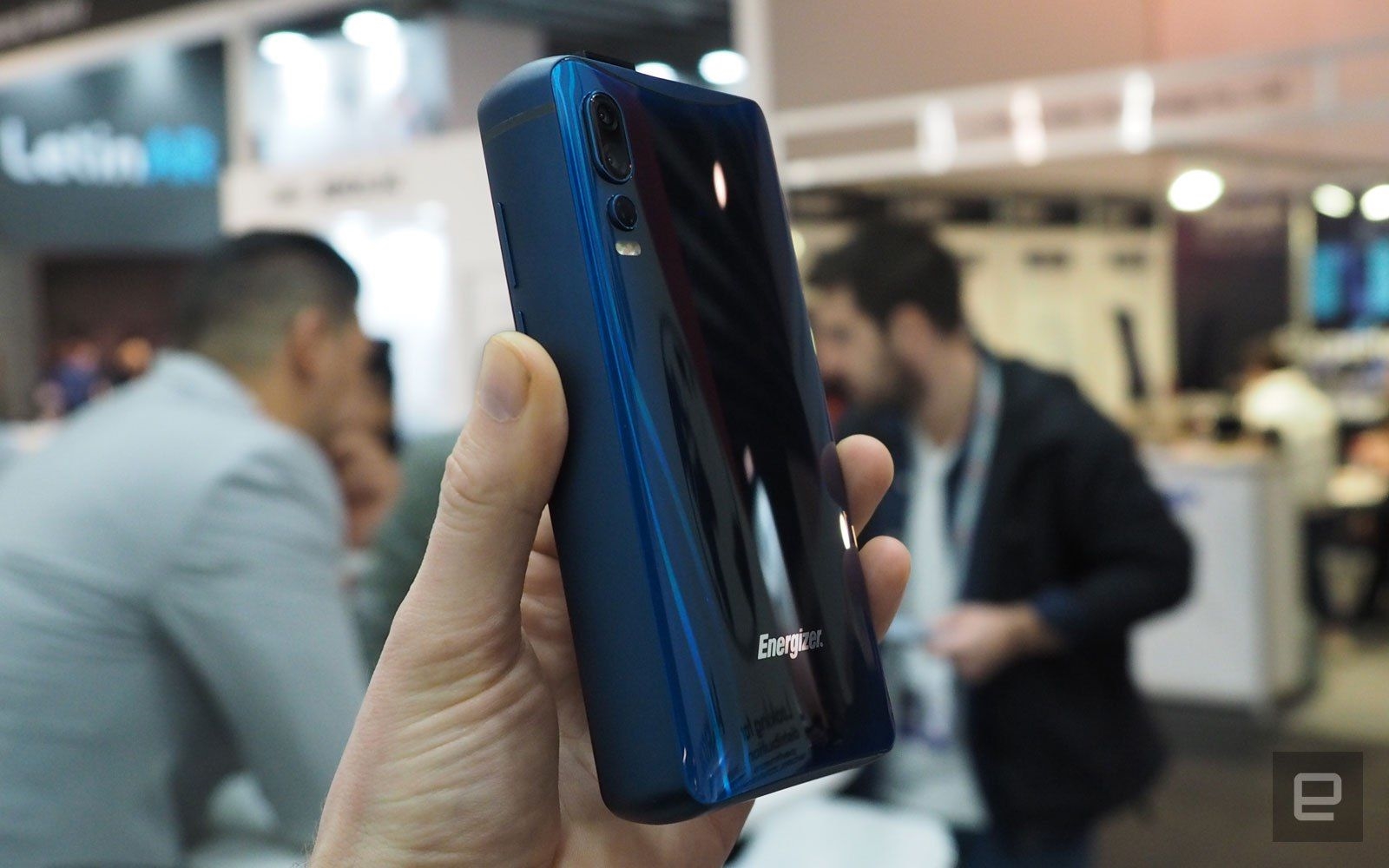 Energizer has teased a huge array of smartphones for a while. The company that makes the devices, Avenir Telecom, has used that branding to showcase dummy phone models at MWC with stupidly-high capacity batteries several times but I never got to see one of them working. That is, until this chunky azure thing showed up. The P18K Pop (as it’s known) is probably thicker than any battery pack you currently own. It’s basically an 18,000mAH battery with a smartphone stuck on it.

Catch up on all the latest news from MWC 2019 here!

After staring incredulously at a dummy, I heard that Energizer had a working model — it expects to launch it in June. In fact, I used the working sample briefly thinking it was another dummy model for a a hot minute.

But, ahead of the other specs, I’m mostly here to pretty much cheerlead a phone that’s bound to have an incredible battery life, which is not only my major issue with smartphones I own (or have owned) but is going to get even worse when phones are toting tablet-sized displays, double screens or 4K OLED. 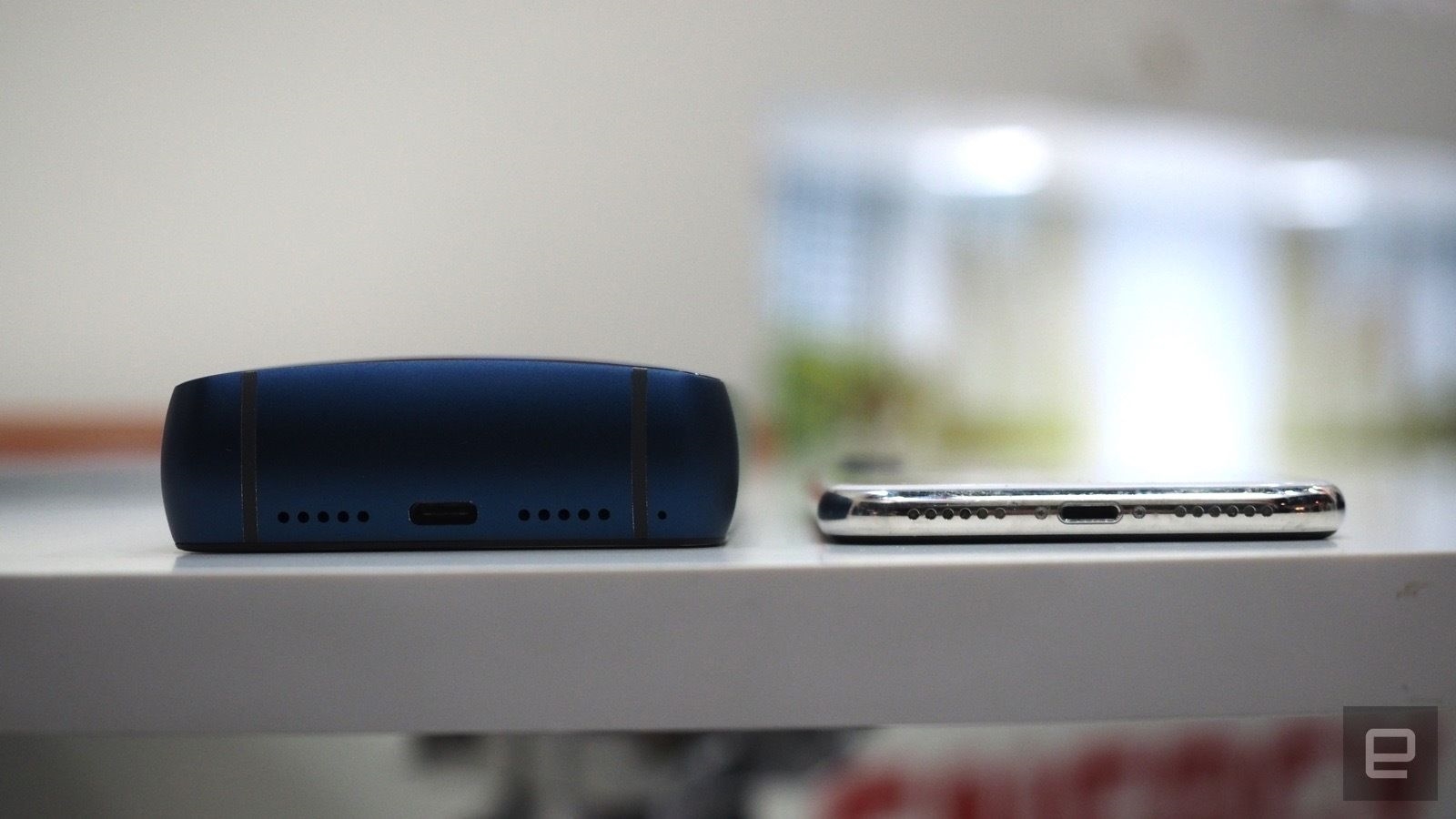 The P18K Pop is 18mm thick. In comparison, my iPhone X is 7.7mm deep — making it almost three iPhones thick — at its thinnest point. I really like the deep blue turquoise color on the phone, but when I picked it up I chuckled. Your fingers have to wrap around the entire edge to handle it. It’s so thick. You could definitely hurt someone with it (please don’t). Inexplicably, the phone’s rear camera still juts out.

Otherwise, the major takeaway from the detailed spec sheet is that Energizer is promising fast-charge assistance through USB-C — though they couldn’t offer an “85% charge in 30 minutes” claim like, say, Huawei. According to a spokesperson, you can expect a fully charged P18K Pop in a mere 8 hours. I translate that to mean you could charge the whole thing overnight. Sadly, there’s no wireless charging feature where you could share some of those milliamp hours with a buddy.

The phone that’s attached to that giant power cell isn’t going to blow you away, but there are a few nice touches, like a pop-up selfie camera (thus the Pop suffix), a triple 12-megapixel camera that includes a depth sensor, 12 MP and a seemingly unchanged Android 9.0 OS. (It also has an FM radio built-in. Fun!) It felt a little rough around the (fat) edges, and watching Arun Maini play around with the phone, it didn’t look as smooth as flagship devices. But that is not why I’m talking about an Energizer phone. I just want that battery. Or half that battery. Please. Surely, it’s possible.