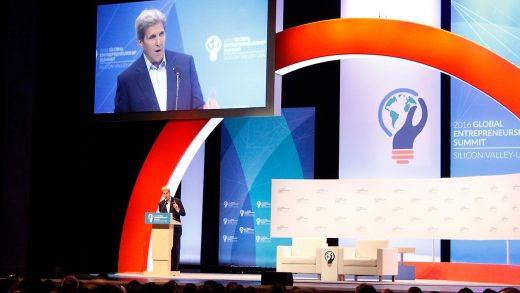 Exclusive: Secretary of State Kerry Talks About The Power Of Entrepreneurship

For the past seven years, the Obama White House has made it a priority to spread entrepreneurship around the world, culminating this past week with the U.S.-sponsored Global Entrepreneurship Summit in Silicon Valley.

In an exclusive interview with Fast Company, conducted over email, Secretary of State John Kerry talks about how spreading entrepreneurship helps the U.S. achieve its foreign policy goals and which global hubs Americans should keep an eye on.

How does spreading entrepreneurship overseas help the U.S. become more secure? How does it help counter ISIL in the Middle East? Or Russian aggression in Europe? Or Iranian aggression in the Persian Gulf?

Entrepreneurship is an engine for shared prosperity and hope that helps bring stability to people and nations around the globe. It is about individuals improving their lives and their communities through good ideas and hard work. Success creates jobs, brings new products and services to market, and gives people a stake in seeing their local communities succeed. Entrepreneurship promotes stability and social inclusion and offers an alternative to conflict and extremism.

What are some of the things that you and the State Department have done to promote entrepreneurship overseas, that people in the U.S. tech and innovation communities would be surprised to learn about?

First, let me point to one of the outcomes from the 2015 Global Entrepreneurship Summit in Nairobi, Kenya. In partnership with the African Business Angel Network and with support from the LIONS Africa Partnership, a series of Angel Investor Bootcamps have been launched to help mobilize the African angel investing community.

One of our standout entrepreneurship initiatives is the Small Business Network of the Americas (SBNA), which President Obama launched in 2012 to strengthen the small business support infrastructure in Latin America and the Caribbean by sharing with these countries the U.S. Small Business Development Center model and methodology to encourage replication of this model abroad, and connecting thousands of these centers throughout the Western Hemisphere. In 2015, there were 118 centers operating in Latin America and the Caribbean based on the U.S. SBDC model. In collaboration with over a dozen other countries in the Western Hemisphere, by 2018 we expect these centers across the region to be serving 100,000 businesses every year.

Another program we are especially proud of at the State Department is called WECREATE. That stands for the Women’s Entrepreneurial Centers of Resources, Education, Access, and Training for Economic Empowerment. Under WECREATE, physical centers are established, which provide resources, education, access, and training for women’s economic empowerment, and the space for women entrepreneurs to gain skills, experiences, and to build mentorship networks. We currently have WECREATE centers in Pakistan, Zambia, Kenya, and Cambodia that to date have trained over 6,500 women and created 2,800 jobs.

What are three or four hubs in countries overseas that are really cranking—that Silicon Valley should keep an eye on, either to invest in, or as a source of future competitors?

There are a lot of promising places to watch. Some examples:

In all your involvement with the Global Entrepreneurship Summits, and with spreading entrepreneurship overseas, what are some experiences or memories that stand out?

Just a few weeks ago, President Obama and I traveled to Vietnam—a place where that entrepreneurial energy and spirit is palpable on every street corner. But I also remember a time, because I fought in a war there, when this was not the case.

I recall my first trip back to Vietnam as a civilian, in 1991, when I was in the United States Senate. And back then, I touched down at a Hanoi airport served by a cramped, ramshackle terminal. Cars and motorcycles were few; there was no main highway into Hanoi. Most of the people were on bicycles, most still in black pajamas. None of the streetlights worked. Locals were prohibited from speaking with foreigners. An economic embargo was in full force. And in the hearts and minds of many people here in our country, the war still went on.

Today, just 25 years later, that country and our relationship are completely changed. Vietnam has embraced a raging capitalism. Modern technology can be found everywhere. Tourists now flood the streets and talk freely with the local vendors. The economy is growing, and hardly any Vietnamese citizens still think about the war of long ago.

Getting to this point wasn’t easy. It took us 20 years to normalize relations. Another 20 years to move from healing to building. But now, the leaders, the young people, predominantly a young nation and their families, are all looking forward and dreaming of what the next 20 years can bring. It is exactly this spirit that we have to replicate in communities and nations in every region and on every continent.

Editor’s Note: This interview was condensed for length. 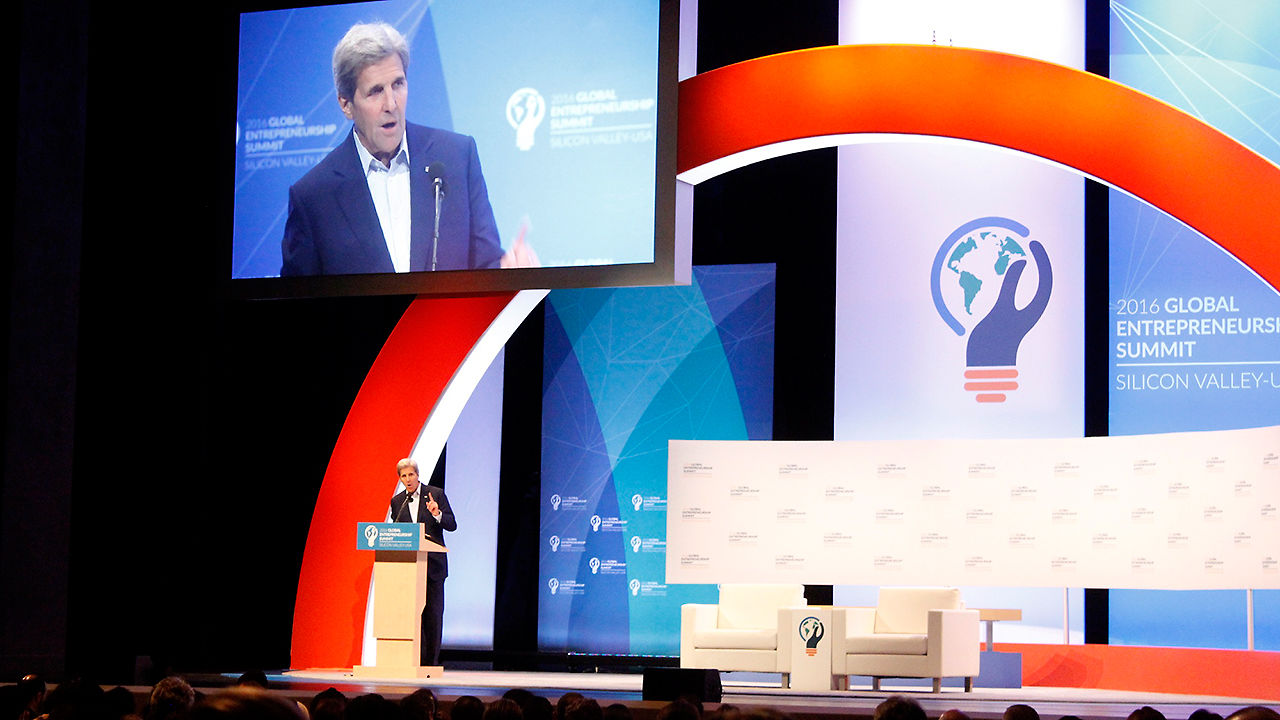