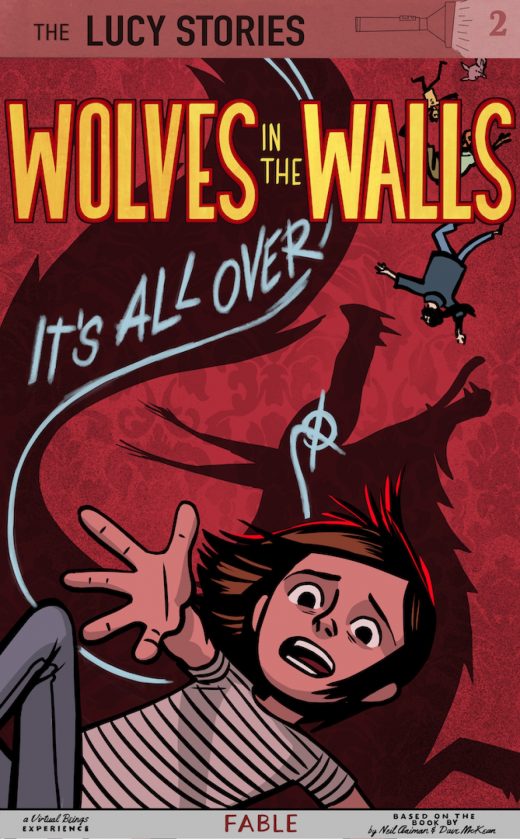 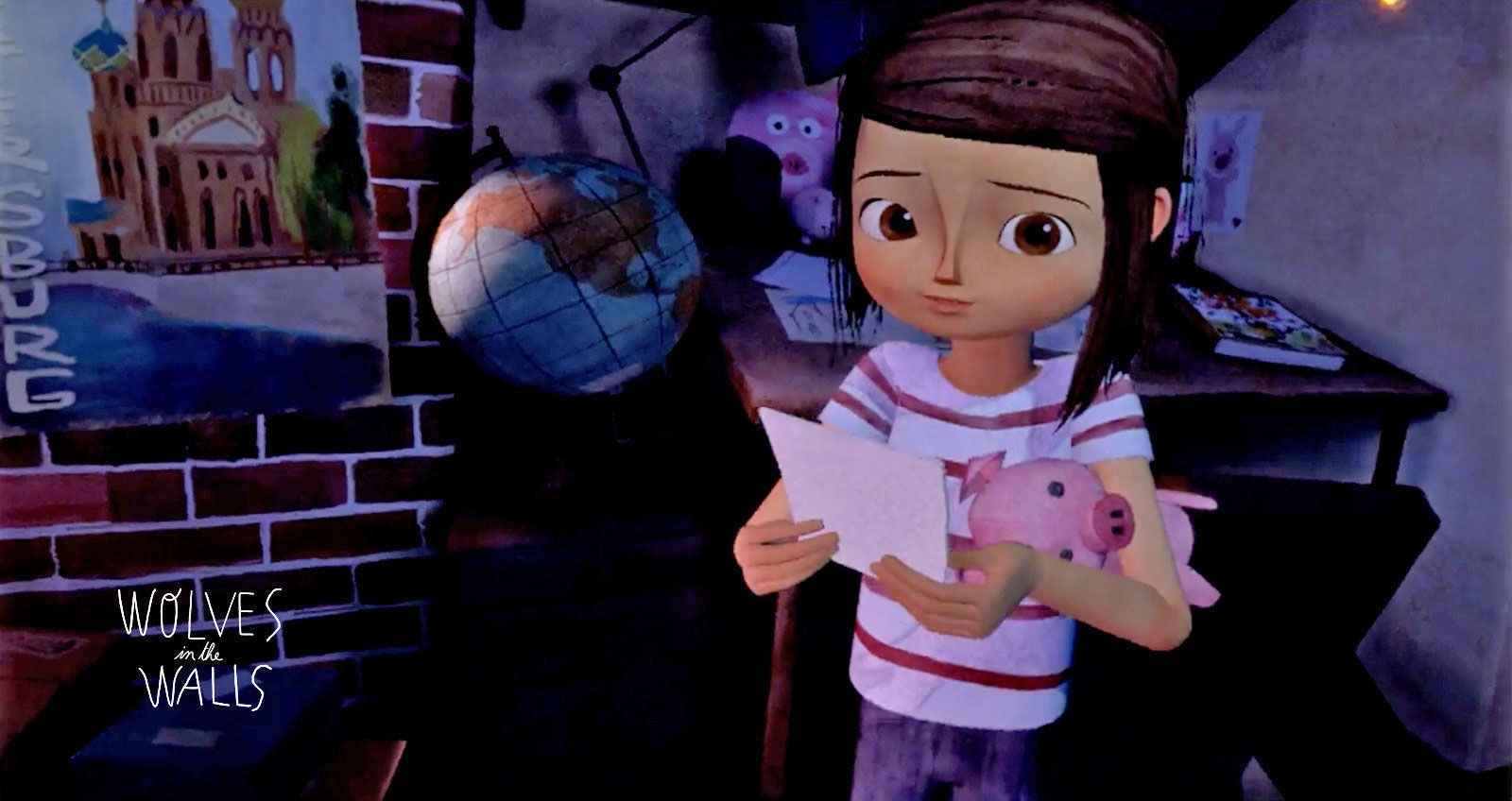 After rebranding itself as a “virtual beings” studio in January, Fable is ready to show us what they mean. At the Tribeca Film Festival this week, it debuted the second chapter of The Wolves in the Wall, a VR experience adapted from the Neil Gaiman story. But the real star of the show aren’t the imaginative virtual set-pieces you encounter — instead, it’s Lucy, a young girl who’s convinced there’s something weird going on in her house. She can remember your interactions to personalize your play sessions, and she can react to what you’re doing in a scene.

Lucy, and the technology behind her, are Fable’s true focus now — interactive virtual beings that you can interact with across AR, VR, phones and just about every other computing platform. The first episode of The Wolves in Walls, which premiered at Sundance last year, was Fable’s initial push towards this concept. But the second episode, It’s All Over, takes things to another level: Not only can Lucy remember your interactions, she can subtly read your intentions. If you’re taking a while to bring her an object, she might comment on that, or wait for you to reach her. She likes certain colors. And she can tell where you are, and what you’re interacting with.

“These subtle things are foundational of an AI system that has to maintain the illusion constantly,” said Pete Billington, director of Wolves in the Walls, and co-creator of the project alongside Jessica Shamash. “The problem with [Amazon’s] Alexa is we see the edges [of her intelligence] all the time … It’s important from an emotionally important standpoint, you never want to see the edges, we don’t want her to seem like she’s in a loop or some sort of robotic mode.”

You take on the role of Lucy’s imaginary friend throughout the experience, and you soon learn you’re probably her only friend. You’re the one she confides in as she explores the mysterious sounds within the walls, something her family dismisses outright. During the episode, you help Lucy take a photo to prove that the wolves exist. I picked up a Polaroid-esque camera, looked through the viewfinder and hit the shutter. Out popped a photo, and Lucy couldn’t be happier when I handed it to her.

While it was a fun bit of VR interactivity, what’s more important is that it also brought me closer to Lucy. “It’s clear to us now that VR is the most powerful way to connect to a character,” Billington said. “You have the most intimacy, you can do the most magic tricks. But AR has a ton of potential, and we’re figuring out how to adapt to those things. It’s just like you might engage with a friend, you might do that on a phone, or do that with a text.” 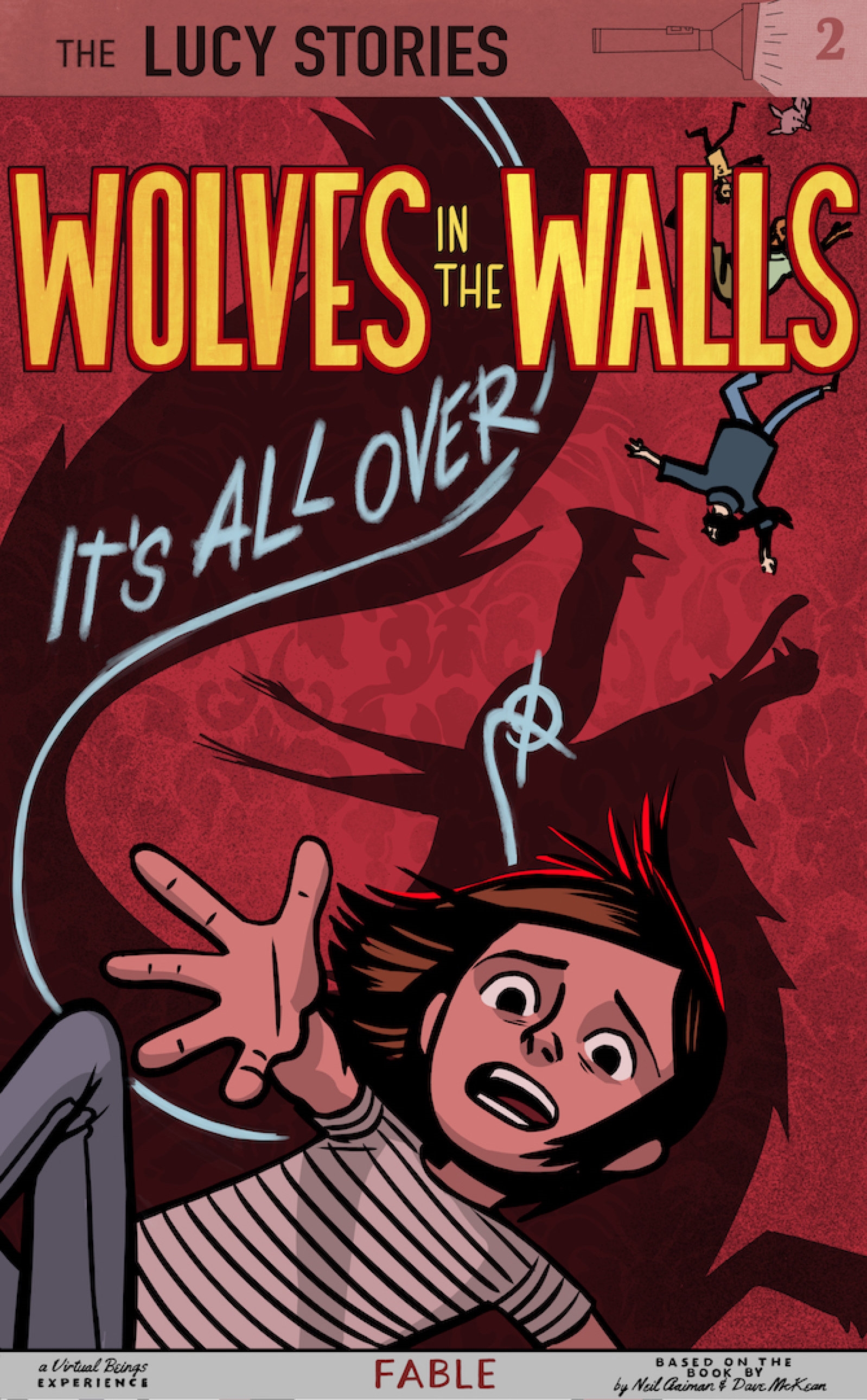 I won’t spoil everything that happens in It’s All Over, but the title doesn’t leave much to the imagination. The final sequence of the pieces features shots of static imagery, like viewing a comic book from the inside. Billington says that entire experience was drawn from within virtual reality using Quill, the groundbreaking illustration tool created for Dear Angelica in 2016. It’s a bold choice that feels like a stylistic punctuation mark — after spending the entire episode interacting with Lucy, in the end all you can do is watch as her world turns upside down.

“We’re incredibly suspicious that memory is the most important component moving forward in a character,” Billington said. “If it can experience something together with you… That’s what it means to be a friend, that’s what we remember as an important part of our lives.”