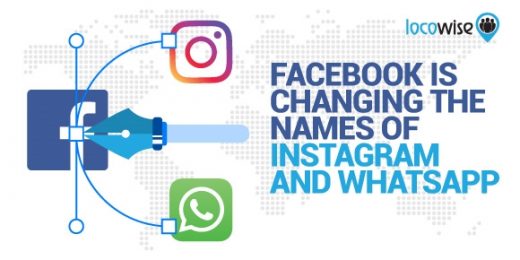 Some rather intriguing news has just come out from the world of Facebook. The social media giant has recently announced it is actually changing the names of two of its biggest properties.

Facebook apparently intends to change the names of Instagram and WhatsApp. These two platforms are incredibly popular, with Instagram being responsible (mostly) for launching the Influencer phenomenon). It’s interesting news to say the least. However, it isn’t as shocking as you might think.

Instagram will not be rebranded as NearlyInstagram or Nowgram, or anything like that. It isn’t having a proper name change. In fact, users will see when they open the app after the change that it will still be called Instagram. The change itself will happen on the descriptions on the app stores that allow people to download them for the first time. We suspect that the Instagram site itself will also make it clear that there is a new name. 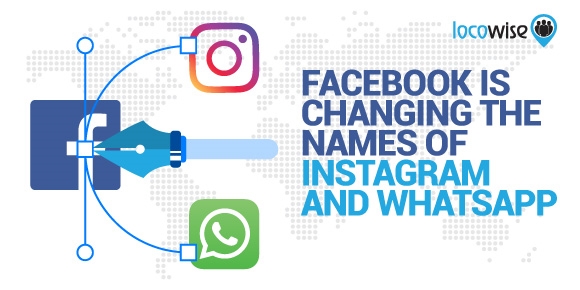 Facebook is generally looking at a rebrand. The move is towards a ‘privacy-focused platform’ according to Mark Zuckerberg himself. While changing a name isn’t going to give users more privacy, it will bring more trust to the organisation itself.

When the Cambridge Analytica scandal broke, people felt that they could not trust Facebook. Mark Zuckerberg dealt with the issue very publicly when he had to face a hearing about the whole thing. Since then, his aim has been to bring a level of trust to Facebook that would see it becoming less vulnerable.

A recent, rather lengthy post elaborated on what he was doing and why. Here’s an extract:

Private interactions. People should have simple, intimate places where they have clear control over who can communicate with them and confidence that no one else can access what they share.

Encryption. People’s private communications should be secure. End-to-end encryption prevents anyone — including us — from seeing what people share on our services.

Permanence. People should be comfortable being themselves, and should not have to worry about what they share coming back to hurt them later. So we won’t keep messages or stories around for longer than necessary to deliver the service or longer than people want it.

Safety. People should expect that we will do everything we can to keep them safe on our services within the limits of what’s possible in an encrypted service.

Secure data storage. People should expect that we won’t store sensitive data in countries with weak records on human rights like privacy and freedom of expression in order to protect data from being improperly accessed.

The first clear message here centres around encryption. Facebook really does not want to be accused of any lack of privacy. Repeating the determination to make everything people do privately on Facebook (and other platforms) encrypted shows how the brand is rebranding as a new kind of social media experience. It’s a bit of a stretch to see how keeping people safe can be part of a rebrand, but it works in the current climate. And it shows how Facebook is aiming for trust.

However, Zuckrberg has recently spoken again about interoperability. It’s a big thing for him, and it ties in neatly with the ‘public’ reason behind renaming Instagram and WhatsApp. It will now be easier to send messages and connect with friends across platforms. The aim is (possibly) to integrate the messaging found in Facebook Messenger, Instagram and WhatsApp.

However, there is also another theory behind the change. Some think that Mark Zuckerberg himself is angry that Facebook isn’t actually recognised as the ‘parent’ of Instagram and WhatsApp. Basically, he wants it known that Facebook is behind two of the biggest social media channels on the planet. Maybe that theory is true.

Whatever happens, it will be interesting to see how the whole thing impacts on user experience.

An award-winning writer and content marketer, Sahail is a teacher, but still writes content for brands like Locowise, and publications like The Gamer.
You can find Sahail in a million places online, but he’s currently really enjoying being an author on Steemit.… View full profile ›