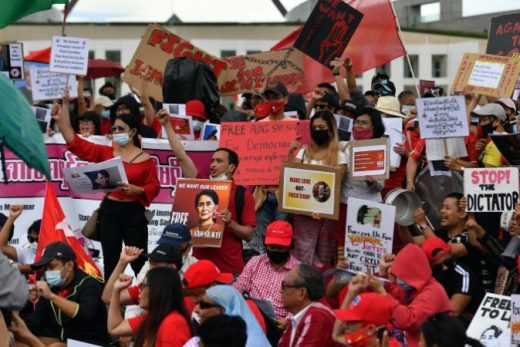 Facebook is limiting Myanmar military’s reach on its platform

Facebook is limiting Myanmar military’s reach on its platform

It says the military has been using the platform to spread misinformation.

Facebook has detailed how it’s handling the political situation Myanmar in a new post, where it has revealed that it’s limiting the distribution of all content posted by the country’s military. According to the social network, the “Tatmadaw,” the official name of the armed forces of Myanmar, is using the platform “to spread misinformation. As such, it’s enforcing company policy on repeat offenders of misinformation, which will affect the Tatmadaw Information Team’s Facebook Page, Tatmadaw spokesperson Brigadier-General Zaw Min Tun’s Facebook account, among other military-owned accounts.

In addition, the company has suspended Myanmar government agencies’ ability to ask Facebook for content removal through channels reserved for authorities. It’s also proactively removing hate speech and reducing distribution of content that explicitly praises or supports the coup. The website is deleting misinformation that there was widespread fraud or foreign interference in Myanmar’s November elections, as well, along with content that calls for people to bring weapons to any location across the country.

Myanmar’s military, led by General Min Aung Hlaing, detained the country’s elected leader (Aung San Suu Kyi) in the beginning of February. Suu Kyi’s party won last November’s election by a landslide, but its opponent has the backing of the military and is claiming election fraud. Activists are now staging protests across the country to oppose the military’s actions and to call for Suu Kyi to be freed.

Both the military and activists opposing its actions are using Facebook to reach more people in the country, where the social network is widely used. In fact, local telecom operators blocked the website after orders from the military, which claims Facebook “has been contributing to instability in the country.” 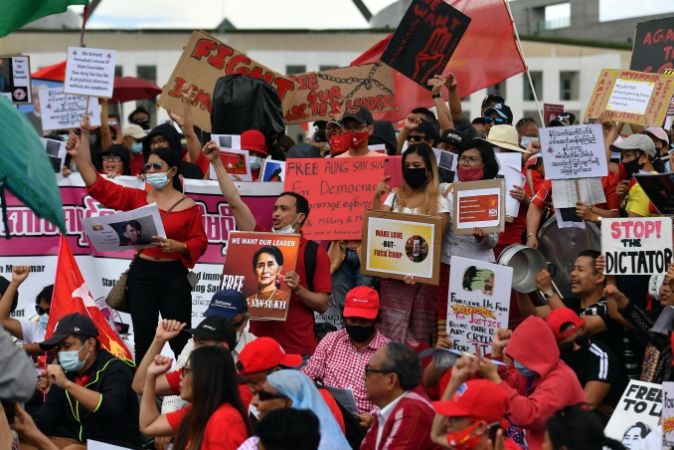