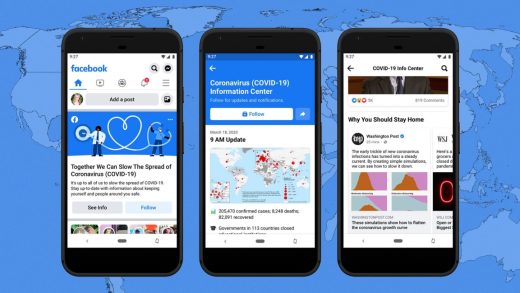 Facebook announced that it is launching a “coronavirus center” with articles and information from public health officials, health organizations, politicians, celebrities, and news organizations. Within the next 24 hours, the coronavirus information hub will appear prominently at the top of both Facebook and Instagram for users in the U.S., U.K., Italy, Spain, Germany, and France.

“A lot of what we’re hearing right now is not that people haven’t heard that social distancing is important,” Facebook CEO Mark Zuckerberg said during a press call on Wednesday. “What people need to be convinced of is that it’s important for them.”

In addition to this new information center, Facebook will be giving free advertising and prominent placement on its platforms to both the Centers for Disease Control and Prevention and the World Health Organization to help spread accurate and up-to-date information.

The announcement comes amid a broader effort to combat misinformation related to the coronavirus on the platform. Earlier this month, Facebook committed to pulling down posts about false information and conspiracy theories related to the coronavirus as identified by health organizations. (March 24, 2020), the company, in collaboration with the Poynter Institute’s International Fact-Checking Network, announced a $1 million grant aimed at assisting fact-checkers working on coronavirus misinformation.

WhatsApp will also be getting an information hub. On a press call, Zuckerberg said he will not remove WhatsApp’s encryption to better moderate content that is being sent in chats. “We really believe there are other ways to get at preventing harm that would be more effective than getting rid of encryption,” he said. “The biggest step that we’ve taken has just been making it hard to forward content to a lot of people at once.”

The announcements come more than a week after the company faced criticism for not doing enough to control COVID-19 misinformation spreading on its platform. In a lengthy report, The New York Times says it found “dozens” of videos representing false information about the virus in a variety of languages across Facebook, Google, and Twitter. Conversely, Facebook has also been criticized for responding too proactively, after a glitch in its spam filter started flagging legitimate posts. Zuckerberg says that the problem has since been corrected and had nothing to do with the COVID-19 misinformation effort.

However, while Zuckerberg says he has been happy with the company’s efforts to combat coronavirus misinformation so far, he has no illusions that Facebook will be able to do so perfectly. “I do think we’ll make some false positives,” he says. “We will in some cases end up taking down some content that was not supposed to be taken down.” 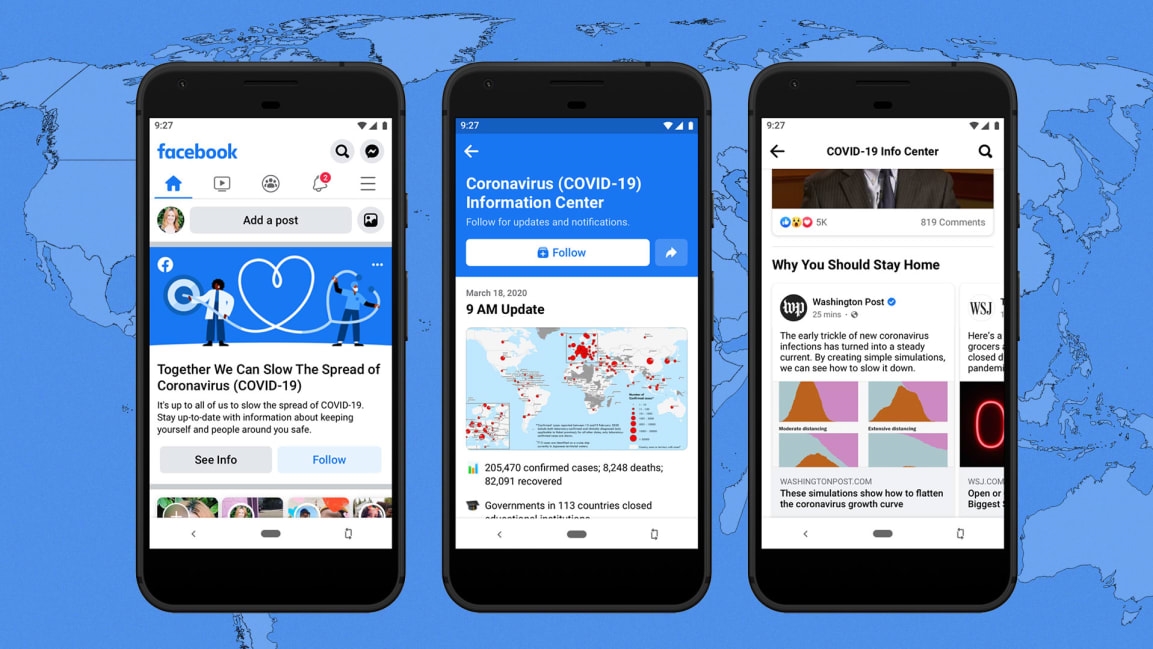