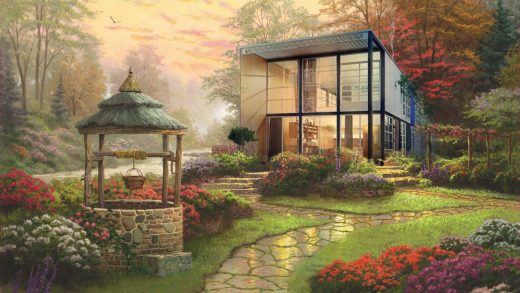 The Eames House is a stalwart of midcentury modernism. A metal and glass box sitting among the trees of the Pacific Palisades, it was built as part of an Arts & Architecture magazine initiative to “express man’s life in the modern world.”

So let’s change the context a bit. Let’s add a cobblestone path, a drinking well, and hydrangeas as far as the eye can see–all set to the hue of a permanent 7 p.m. sky. It’s the Eames House rendered in Thomas Kinkade’s treacly, generic style. It’s strange. It’s wrong. And it’s hilarious.

Ok i really have to stop now. Merry Corbsmas: pic.twitter.com/S7sTv54Eod

The series of modernist Kinkade mashups was developed by architect @Robyniko. “A fellow architect I’m friends with on Twitter asked if anyone did modernist paintings in the style of Thomas Kinkade. I responded that I thought it was a great idea, and someone should start with a modernist box, like the Fisher House by Louis Kahn, mainly because when I Googled his houses, that one had very orangey-illuminated windows,” he says. “It was one of those things you chuckle to yourself thinking about ‘what if’ and then move on with your life. But my family was gone for the weekend, so I decided to indulge my curiosity about how these famous modernist homes would fit into Kinkade’s universe.”

To create each piece, Robyniko gathers images of the houses (which include recognizable modernist all-stars like the Gehry House, Farnsworth House, and Glass House) and suitable Kinkades. Then he Photoshops them together. All in all, the whole process takes roughly an hour per piece.

What does it all mean? That’s open to interpretation. “Given the difference in who typically appreciates Kinkade’s ‘never-was’ nostalgia versus who likes Modernist architecture, it can be part of a conversation about architecture, representation, and how the public responds to both,” he says. Architecture is self-important and shies away from plebeian tastes. Meanwhile, Kinkade is almost overly democratic–so sappily romanticizing a time that never was that it’s patronizing to its audience. In mashing the two ideas together by placing the Eames House into a Kinkade, Robyniko seems to make a tacit point: The “modernism” many designers still aspire to today is itself a nostalgic ideal. 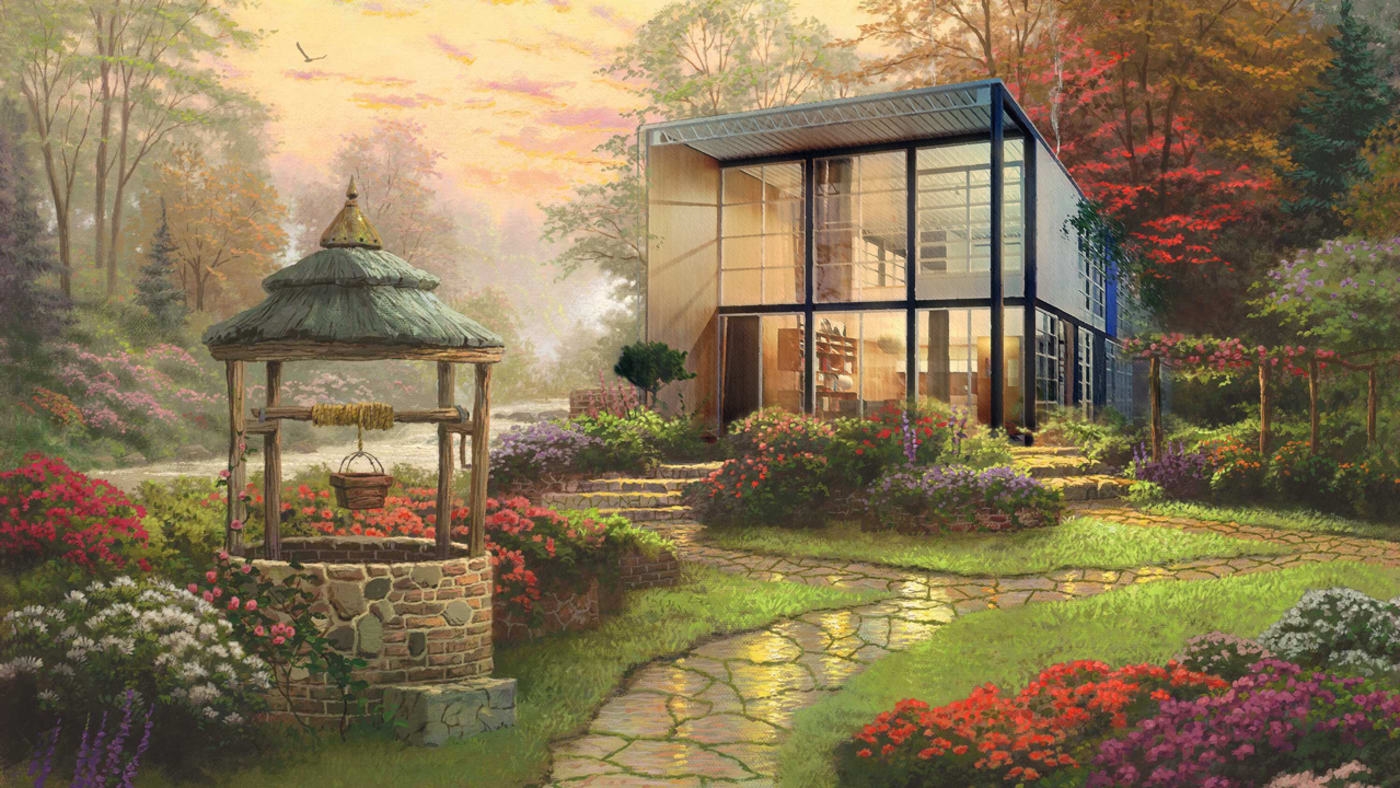