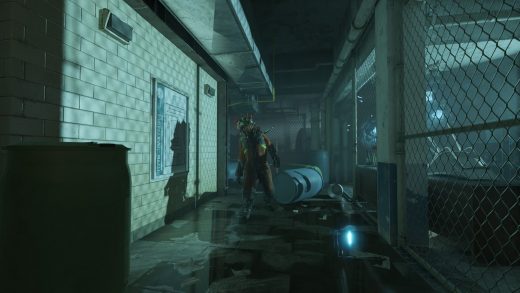 ‘Half-Life: Alyx’ is the flagship VR game we’ve been waiting for

Half-Life: Alyx is a Half-Life game through and through. While it might not be the long-awaited “Episode 3,” it’s not just a trifling VR side-story either. It carries on Half-Life‘s tradition of pushing PC gaming forward — this time, by focusing entirely on virtual reality and all of the narrative and gameplay opportunities it provides. And it effectively revives the series after an excruciating 13-year hiatus. In many ways, Half-Life: Alyx is the flagship single-player experience that the VR industry needs right now.

The first Half-Life was a landmark for immersive storytelling in games. There weren’t any cut scenes to sit through: Instead you had full control of Gordon Freeman to explore the world, even during key dramatic moments. Half-Life 2 upped the ante with the gravity gun and a focus on elaborate physics, something that would become a huge deal for practically every 3D game afterwards.

And now with Half-Life: Alyx, Valve is taking advantage of everything it helped build with the SteamVR platform, HTC’s Vive, and its high-end VR headset, the Index. There’s no other way to play it: If you want to fight the Combine again, you’ll need to have a headset and a decent PC. Understandably, that’s enraged plenty of gamers, who have been waiting over a decade for the follow-up to Half-Life 2: Episode 2. And honestly, I can’t blame them. It really does feel like Valve is putting a gun to gamers’ heads — get on the VR bandwagon or miss out on Half-Life: Alyx forever. 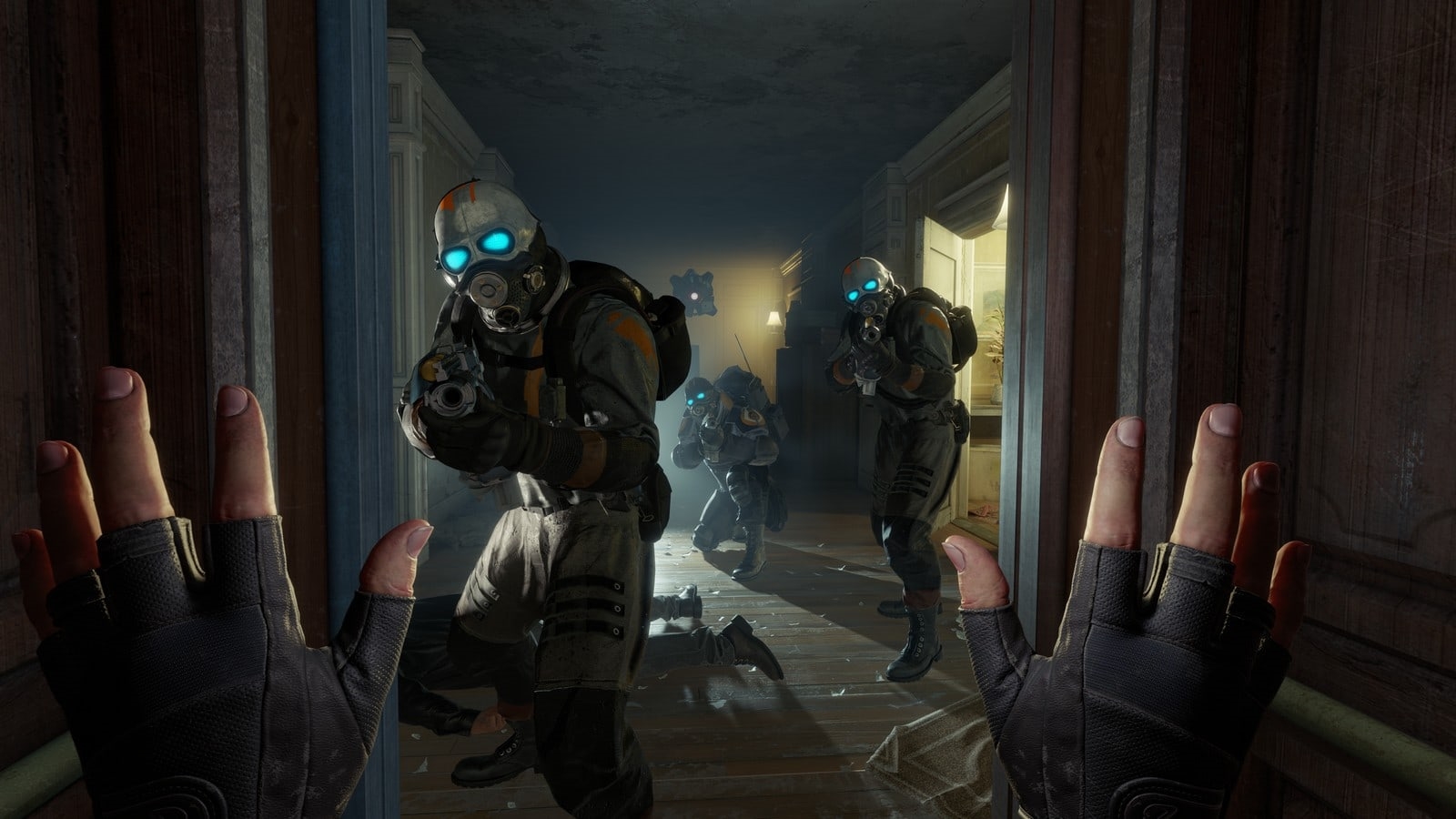 At least the game is playable on other headsets that support SteamVR, like the Oculus Rift, the Quest (when connected to a PC over a link cable), and Windows Mixed Reality devices. Sure, the ideal playback experience is with the $1,000 Index setup, but you can get away with something that costs far less. We’ve seen great Windows Mixed Reality headsets like Samsung’s Odyssey priced as low as $230, and the $400 Oculus Quest offers great value since it also lets you play VR on the go.

That said, if you have access to a VR-equipped PC, you’re in for a treat. Half-Life: Alyx is a reminder that Valve can still make a compelling game that isn’t DOTA. After playing over a dozen hours of the game on the Index, I found it to be an incredibly immersive experience that takes full advantage of the scale that VR offers. It’s easy to feel dwarfed by the alien striders casually walking across rooftops and the immense buildings floating far off in the distance. The game’s sound design takes full advantage of positional 3D audio. And trust me, you’ll get to know the horrendous face huggers up close and personal. Half-Life Alyx is easily the most polished VR title I’ve encountered. This isn’t just another title retrofitted into VR, like we saw with Doom, Fallout 4 and Skyrim. 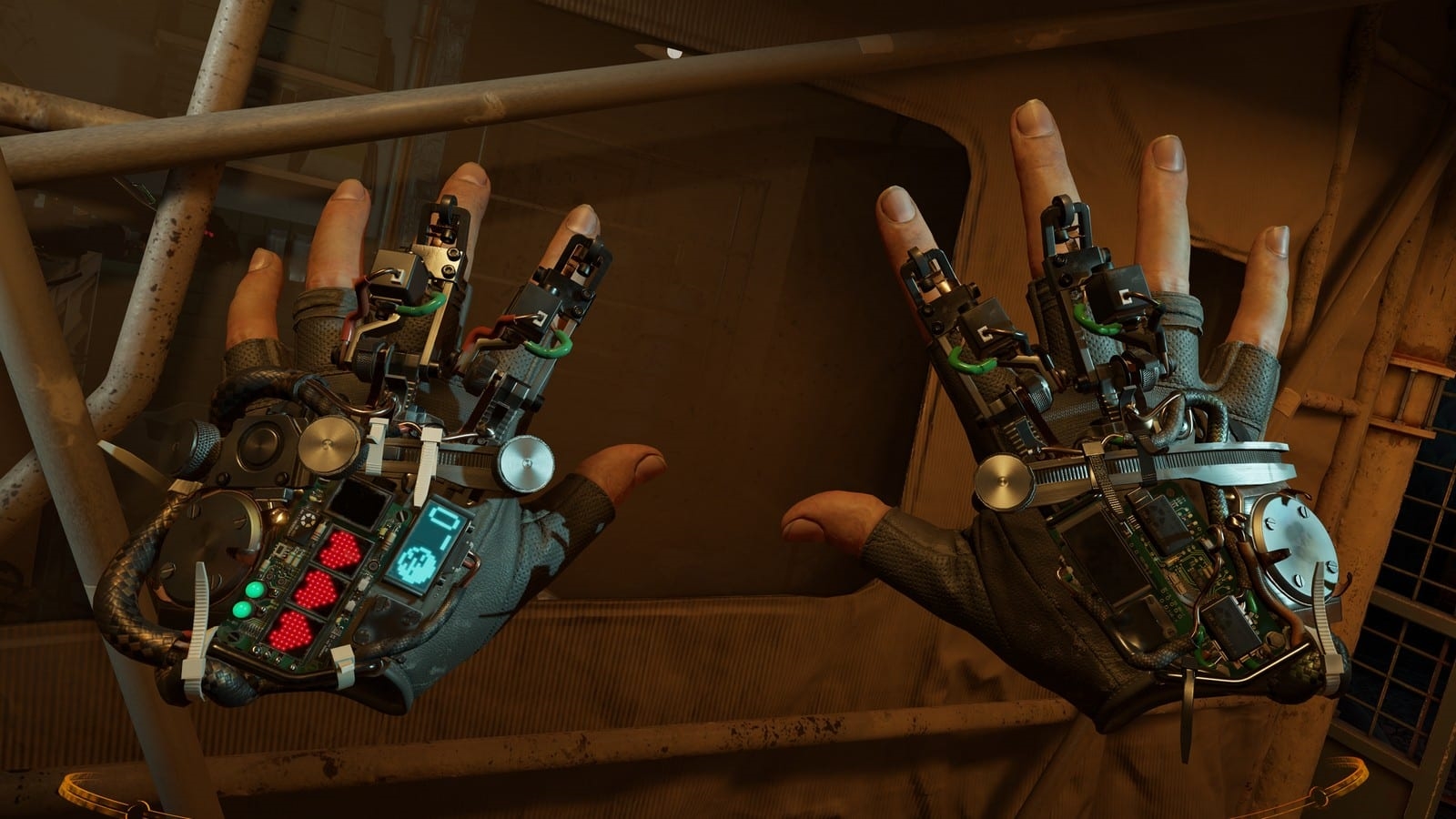 From the moment you slip on the gravity gloves, this game’s spin on Half-Life 2’s gravity gun, it’s clear just how deeply Valve thought about VR interactions. It’s your method for grabbing distant objects: You just need to point your finger at an object in the game, flick your wrist, and catch it as it effortlessly sails towards you. It sounds simple — but in practice they feel like magic.

You’re not just pressing a button; you’re effectively imbued with The Force in virtual reality. I couldn’t help but grin every time I used the gloves — and that’s important since it’s something you’ll be doing a lot. Several hours into my playthrough, as I was gravity grabbing ammo and grenades in the middle of hectic shootouts without a second thought, I couldn’t help but feel like a telekinetic superhero.

Valve also offers four different movement options to help players feel comfortable, depending on how susceptible they are to motion sickness. By default, you move about with a simple teleportation mode, which “blinks” you to a new location. But you can also teleport while seeing the environment zoom past you — that’s the mode I found most comfortable. And for the steel stomachs out there, you can forgo the teleporting entirely and just move through the environment based on the direction of your hand or head, which makes the game feel more like a traditional FPS. Both of those modes instantly made me queasy, as if my body were rejecting what I was seeing. 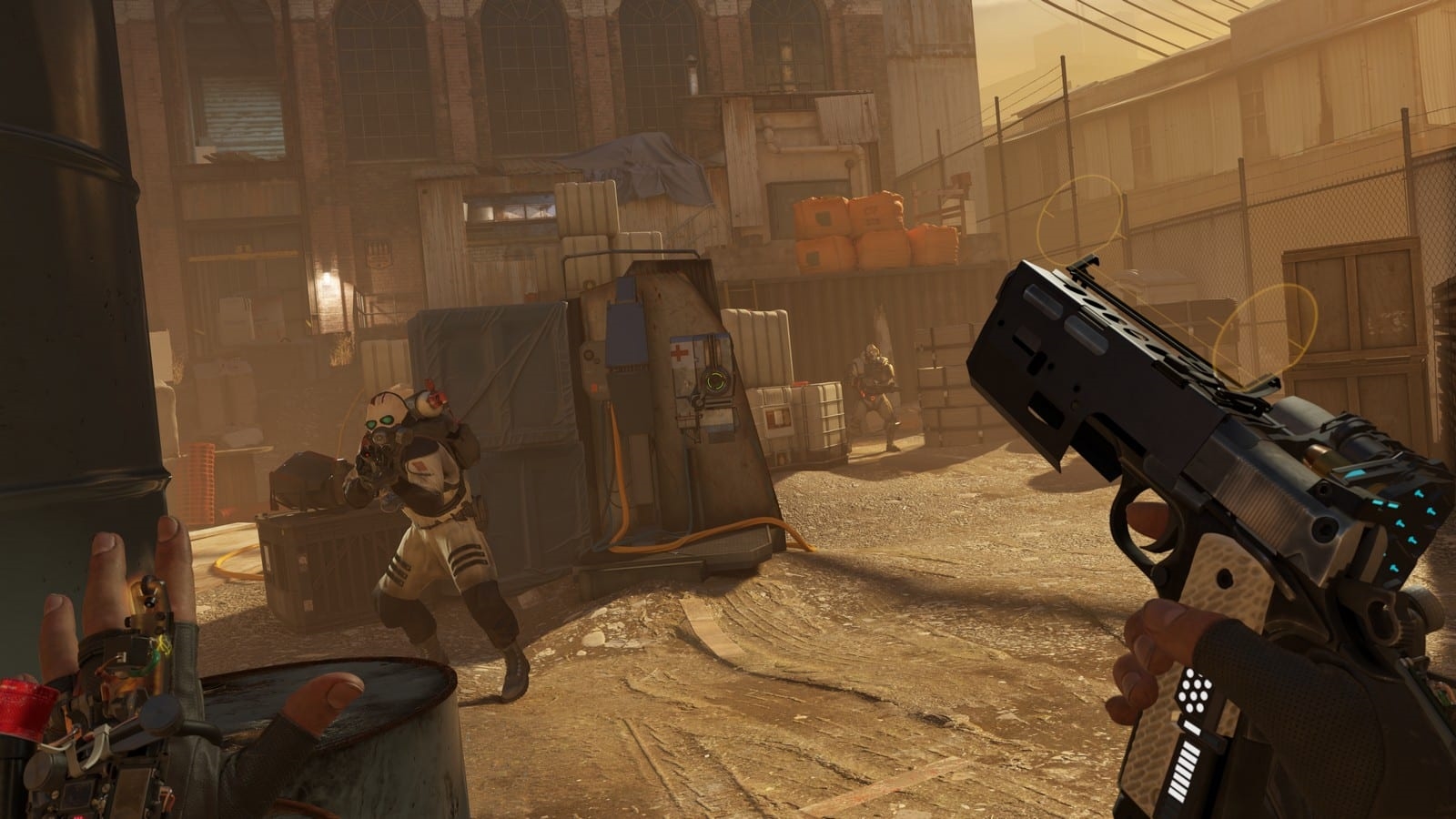 It didn’t take me long to get used to moving around in Half-Life Alyx, but dealing with the guns is another story. To use your pistol, you first have to slip in a clip and cock it back with your other hand. When you’re out of ammo, you hit a button to release the spent clip, reach behind you to grab a replacement from your backpack, and repeat the entire loading process. As someone who’s never dealt with guns in real life, the multi-step process made me feel like I was in an action movie.

But that level of realism can feel overbearing when you’re facing off against multiple enemies. There were plenty of instances where I had trouble dumping a clip and reloading properly because of incoming fire. That’s not something I’d have to deal with in a non-VR game. I wasn’t frustrated that often, though, because Valve carefully orchestrates the game’s combat sequences so they’re not too relentless. You’ll typically have time to reload and grab some health after fighting off a wave of baddies. Still, it sometimes felt like the enemies were purposefully dumbed down so that they’d be easier to kill. Combine soldiers will often pick a hiding spot and shoot back, instead of trying to intelligently flank you like modern shooters. 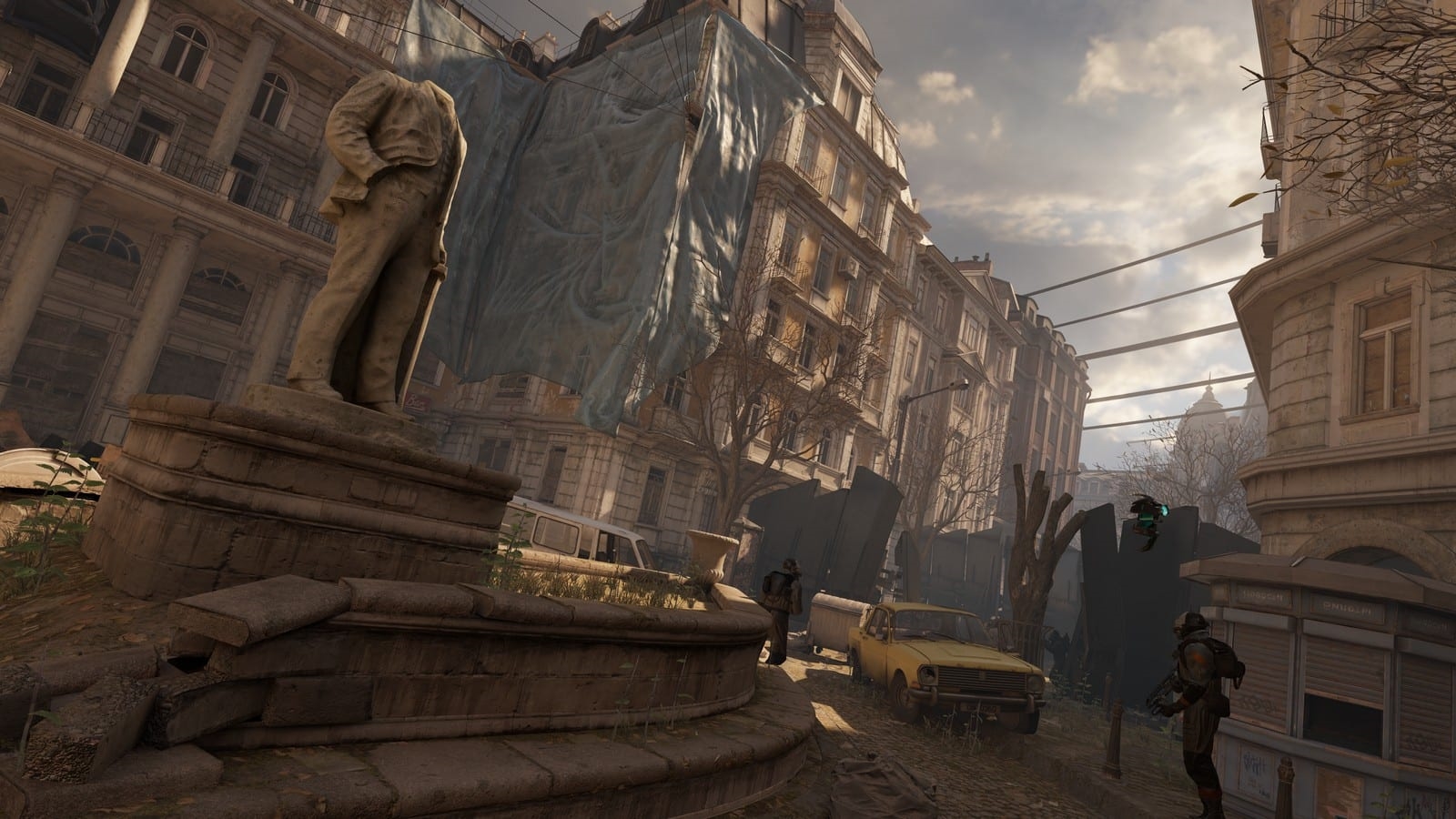 I wouldn’t call Half-Life: Alyx a combat-heavy game, though the moments I spent ducking behind cover and trading fire with Combine soldiers were thrilling. But I spent just as much time exploring the world and dealing with holographic puzzles as I did taking on bad guys. And that’s just fine with me. I was more interested in being fully immersed in the Half-Life universe again than playing yet another VR gun fantasy. And in that respect, the game delivers. You’ll see familiar faces like Alyx’s father, Eli Vance, plus other characters along the way. And while I won’t say much about where the story goes, fans of the series will be pleased.

So, was the wait worth it? As someone who liked the Half-Life games, but never exactly worshipped them, Alyx feels like a solid entry in the series. For PC gamers, it’s worth running out and grabbing the Oculus Quest or an inexpensive Windows Mixed Reality headset. But as much as I enjoyed the game on the $1,000 Index, with its wide field of view, sharp screens, and finger-tracking controllers, that VR setup is still too expensive for most gamers.

There are downsides to spending so much time in VR, too. While I could dive into a normal PC game for hours on end, I had to take a break every hour or so while playing Alyx to readjust my glasses, take a drink of water and rest my weary eyes. And while you can play the game while sitting down, I found it to be more immersive while standing in place, which adds even more fatigue to the whole experience. 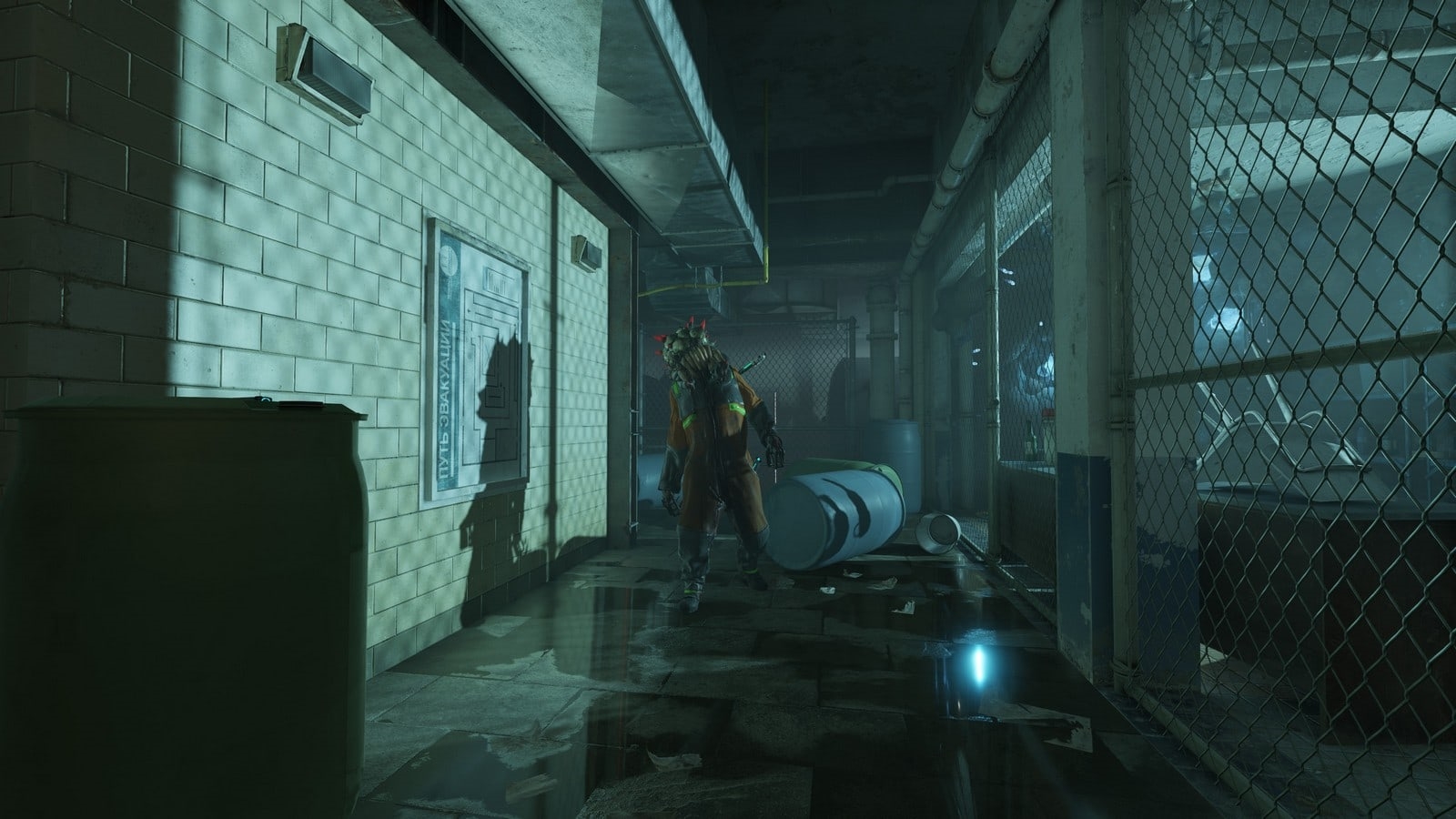 Half-Life: Alyx doesn’t just retread what we’ve seen in previous games, and it proves it’s possible to make a lengthy, big-budget VR title. For the sake of the Valve faithful, I still hope we end up seeing a Half-Life sequel for the masses. But for VR fanatics, Half-Life: Alyx is exactly what they’ve been waiting for.