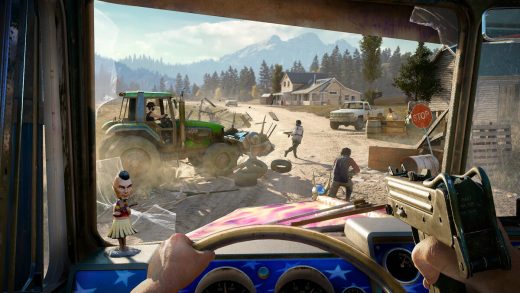 The villains of Far Cry 5 aren’t quite like any that have come before. They’re cultists, not pirates or soldiers, and they believe they’re fighting for higher ideals laid down by the Father, Joseph Seed. Like a lot of cults, the Project at Eden’s Gate has its own internal culture and unique beliefs, which also means they have their own hymns to express them. Those hymns, along with the game’s score, are created by Far Cry 5’s award-winning composer, Dan Romer (pictured below and known for Beasts of the Southern Wild and Beasts of No Nation). And they inspire not only the cult, but the rest of the game’s music as well. 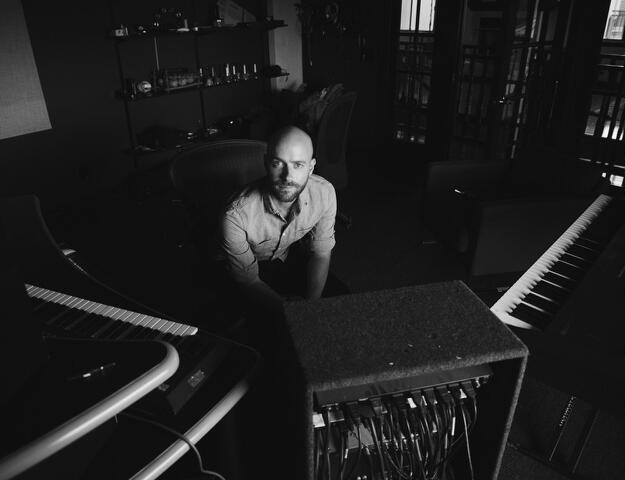 “At the very beginning, we knew that the cult needed its own sound, its own music,” says Tony Gronick, Far Cry 5’s audio director, who’s been working closely with Romer on the soundtrack. Beginning with traditional hymns as an inspiration, Romer composed 10 new songs, performed by the Bobby Shin Nashville Choir and written around the cult’s core beliefs and leaders, as well as its attitudes toward anyone who opposes them.

The hymns are everywhere the cult is. When the cult takes over an area, they bring in buses or put up poles with loudspeakers to blare their music and announce their presence. The Project at Eden’s Gate even has its own radio station, which can be heard blaring out of radios and car stereos all throughout Hope County. 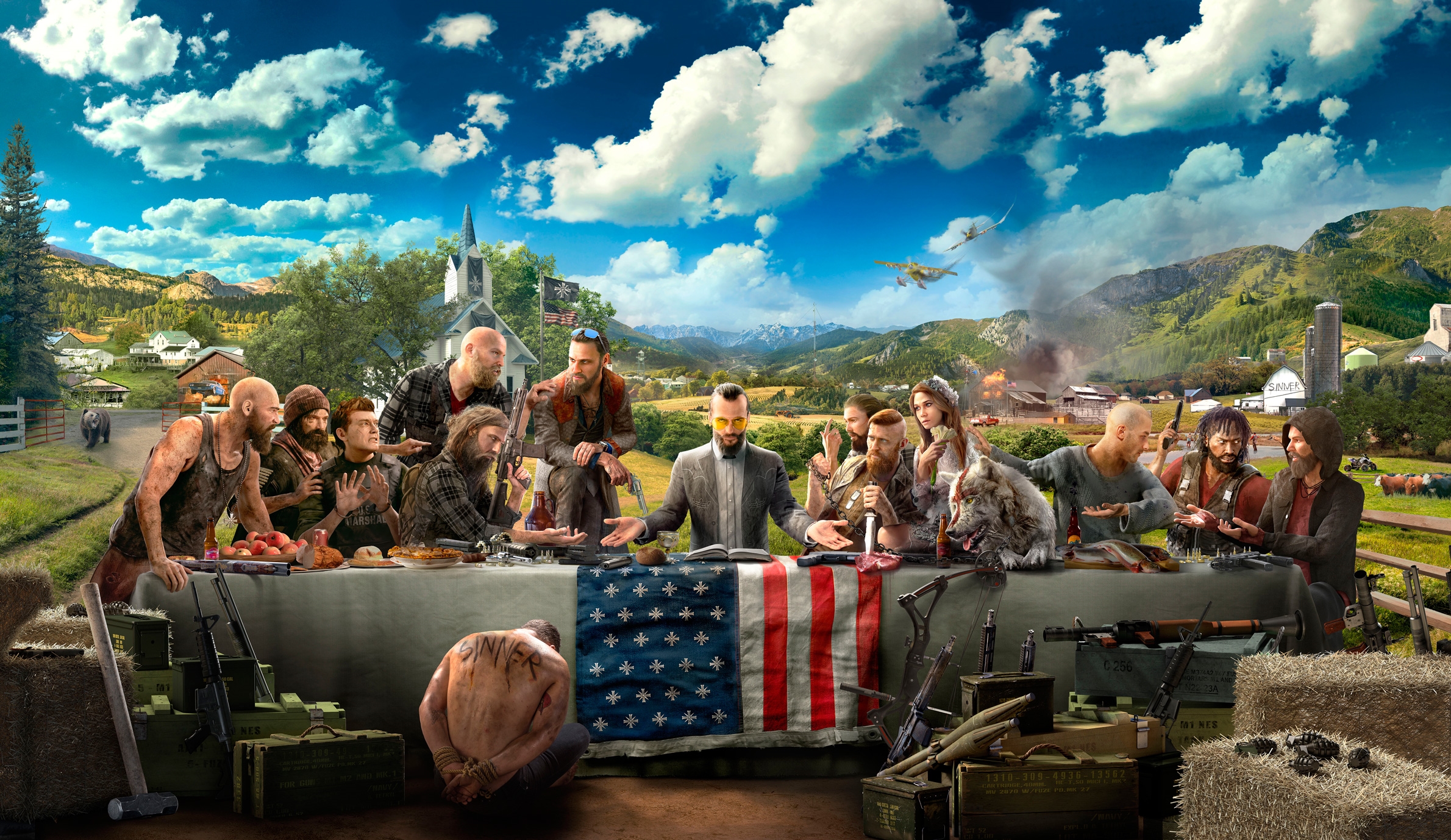 “I have to admit, when we first set out to do these hymns, my initial thought was that these would annoy players enough to want to kill the cult members so they could shut that music up,” Gronick says. “But as we delved deeper into it and started getting nicer recordings, and we started getting these beautiful songs done, all of a sudden I see people playing the game that switch to the cult radio station on purpose, because they like the music now.”

The hymns are so ubiquitous throughout the game world that the rest of the game’s ambient music – which changes during combat, stealth, or exploration – has been written to complement them.

“Think of the music as a tree, and the hymns are the trunk,” says Gronick. “And from there the branches are action, when you’re going into battle; stealth, when you’re sneaking or hiding; open-world music, when there’s no bad guys around and you might be talking to someone; and stingers, dun-dun-dun-dun.” 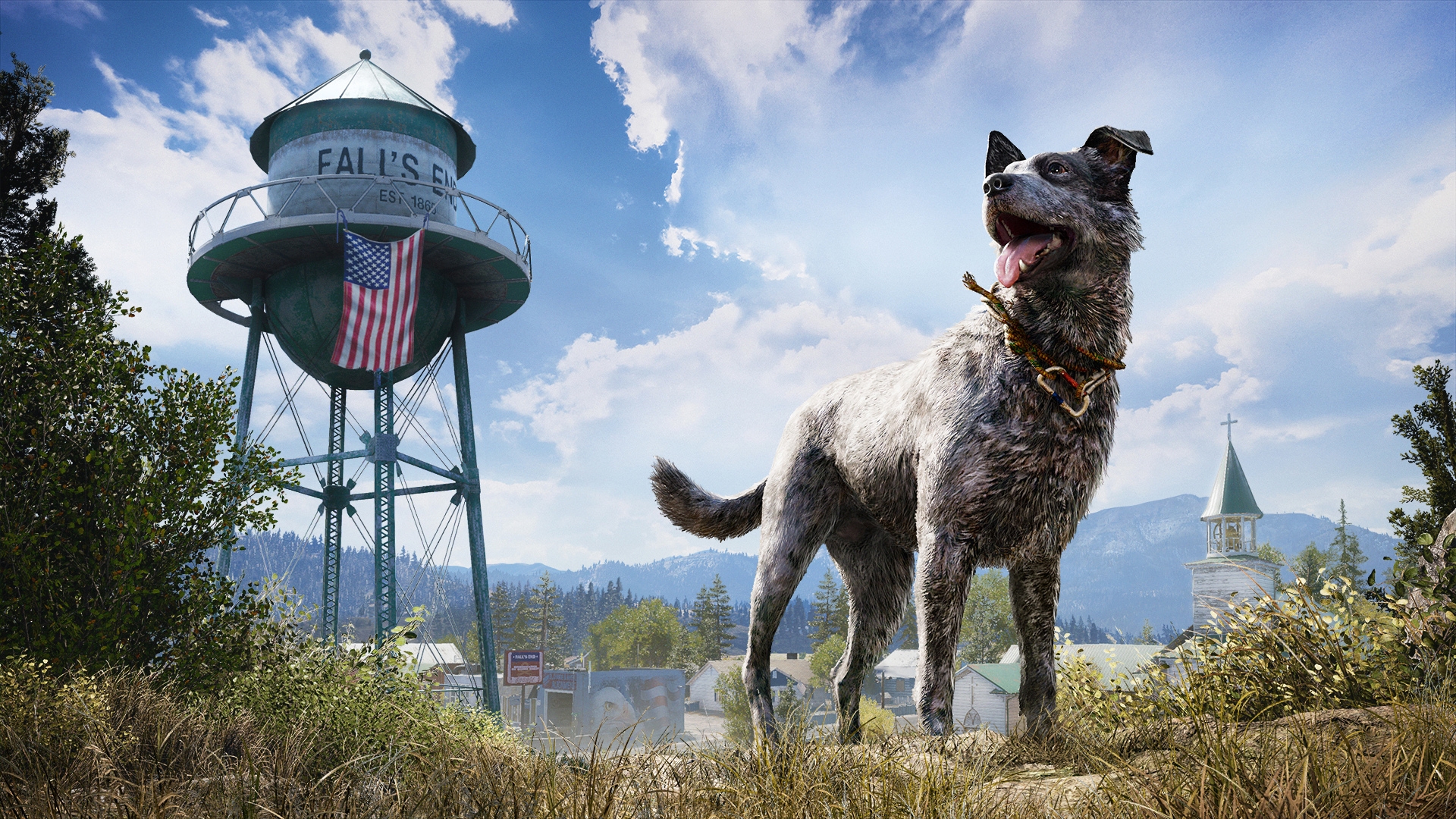 The ambient music doesn’t necessarily share the same melody with the hymns, Gronick says, because they might not sync up precisely, but they’re in the same key and fit the mood of whatever you’re doing. Additionally, each of Hope County’s regions has its own interpretations of the music, with clear influences from different musical genres. For example, if you’re exploring the Whitetail Mountains, the music has a dark, industrial edge, while the Holland Valley has a traditional Americana feel, with acoustic instruments and harmonies based on pop, dance, glam rock, and folk. The Henbane River, meanwhile, carries psychedelic, post-rock overtones, as well as hymns interpreted by the band Hammock. And if you’re exploring in areas where there’s no cult presence, you’ll hear bucolic, calm music with a lot of acoustic guitar, fiddle, and banjo.

Each region is also on the outer edge of a distant broadcast signal from a non-cult radio station, Gronick says, and these also accentuate each area’s feel. “I wanted it based on your favorite driving mixtape, just music that makes you feel good while you’re driving,” Gronick says. As an example, he plays a few brief snippets of songs you’d hear in Holland Valley, a mix of familiar contemporary and classic rock radio hits. You’ll also hear a lot of punk and metal in the Whitetail Mountains, and the Henbane River’s ethereal mood is offset by ’50s and ’60s rock and doo-wop tunes.

And then there’s the music of Clutch Nixon, a (fictional) 1970s daredevil whose accomplishments are carved into the Hope County landscape, and whose records you’ll be trying to beat in time trials and races. 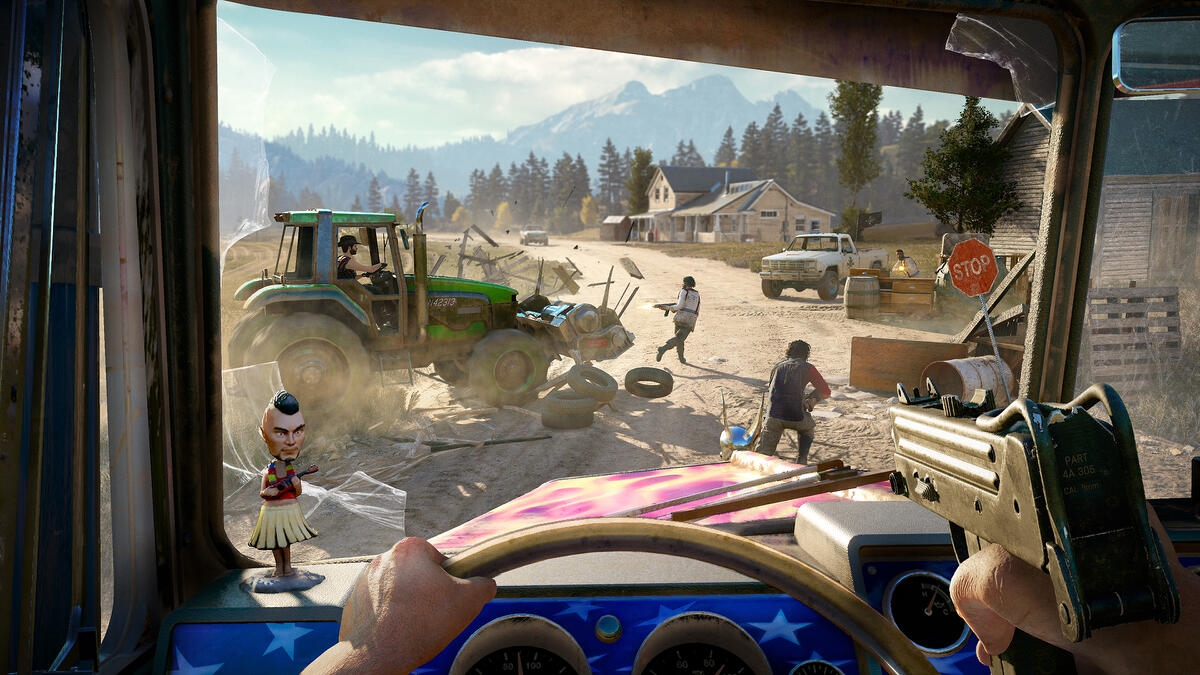 “This guy needed his own music,” says Gronick, who hired a San Francisco band, the Road Vikings, to record a song to extol Clutch’s many achievements, which you’ll be able to hear while you’re trying to surpass them.

Far Cry 5’s soundtrack will be available closer to the game’s launch on February 27, 2018. In the meantime, find out more by checking out our previous Far Cry 5 coverage.

The post Far Cry 5 – How the Cult’s Hymns Shape the Musical Landscape of Hope County appeared first on UbiBlog – Ubisoft®.