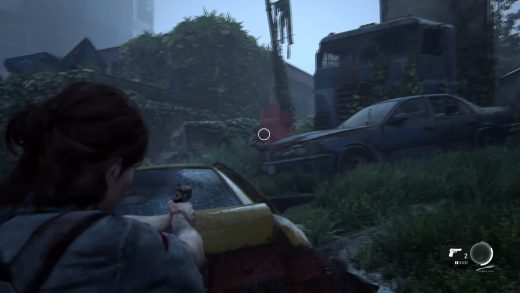 First ‘The Last of Us: Part II’ gameplay shows off refined combat 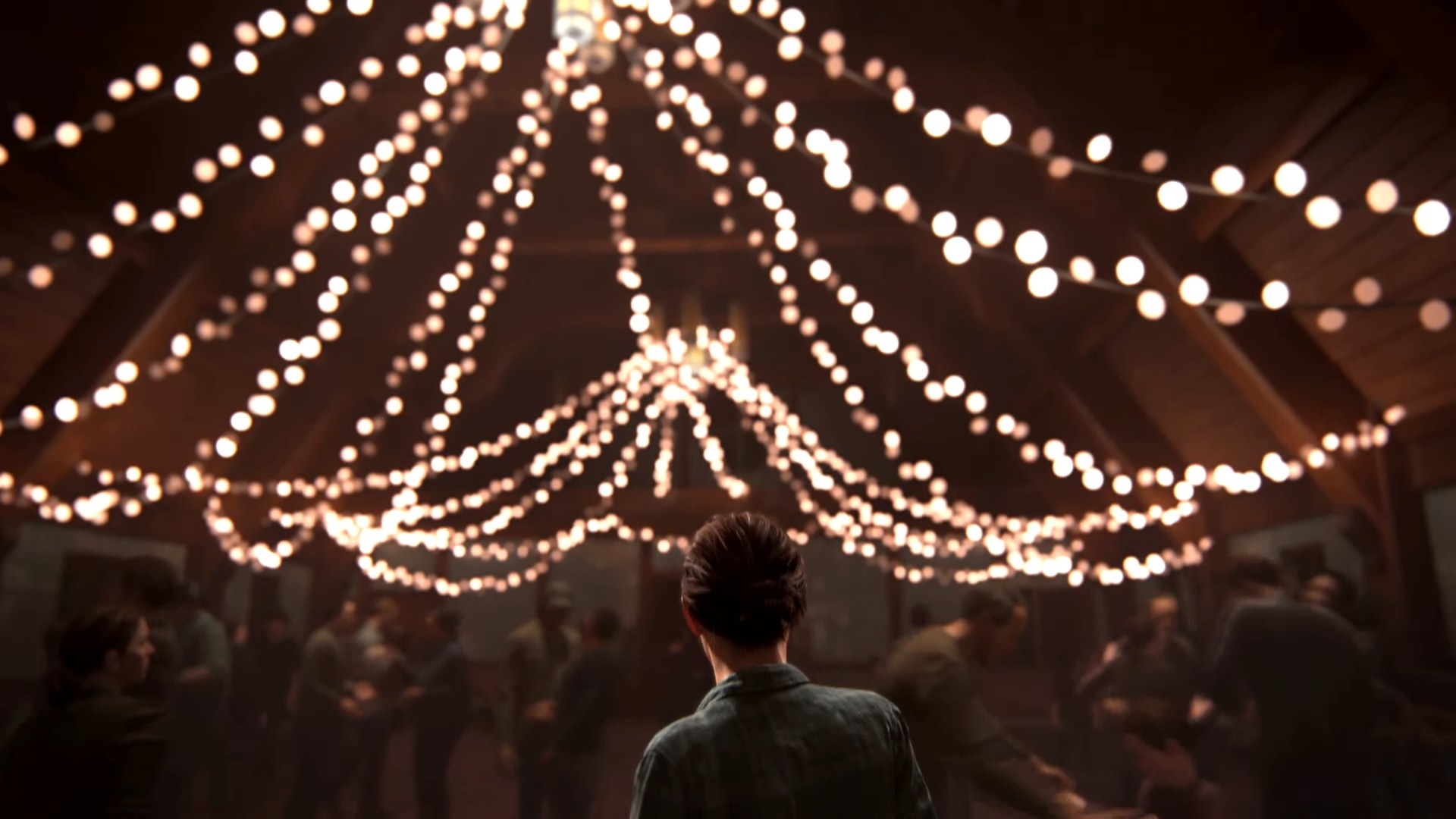 The Last of Us

It’s been 18 months since Sony and Naughty Dog first revealed The Last of Us: Part II, but despite a few enigmatic (and disturbing) trailers, we haven’t heard much about the overall plot or seen any gameplay. That’s changing today, as the forthcoming game is making up a major part of Sony’s E3 2018 press conference.

However, before we got to the game details, composer Gustavo Santaolalla took the stage to perform a new rendition of the Last of Us theme — in a strange, church-like area that’s far different form the average E3 press conference room. Sony’s Shawn Leyden explained that this year’s event would take the audience on deep dives into each game, with special environments and experiences tailored to each. After Santaolalla’s performance, the lights went down, and we heard more music and saw the game’s first footage — someone singing in the very same church environment the crowd was sitting in.

This initial preview shows a much calmer scene than either of the previous trailers, focusing on a community relaxing and having a good time at a dance in the church, as Ellie talks with a few friends about upcoming patrols. Indeed, Ellie ends up dancing closely and eventually with a female companion named Dina, a nod back to the Left Behind DLC and its reveal of Ellie’s sexuality. “I’m just a girl, not a threat,” Ellie says, before her kiss, to which Dina replies “Ellie, I think they should be terrified of you.” And then we find out exactly why everyone should be terrified of Ellie. 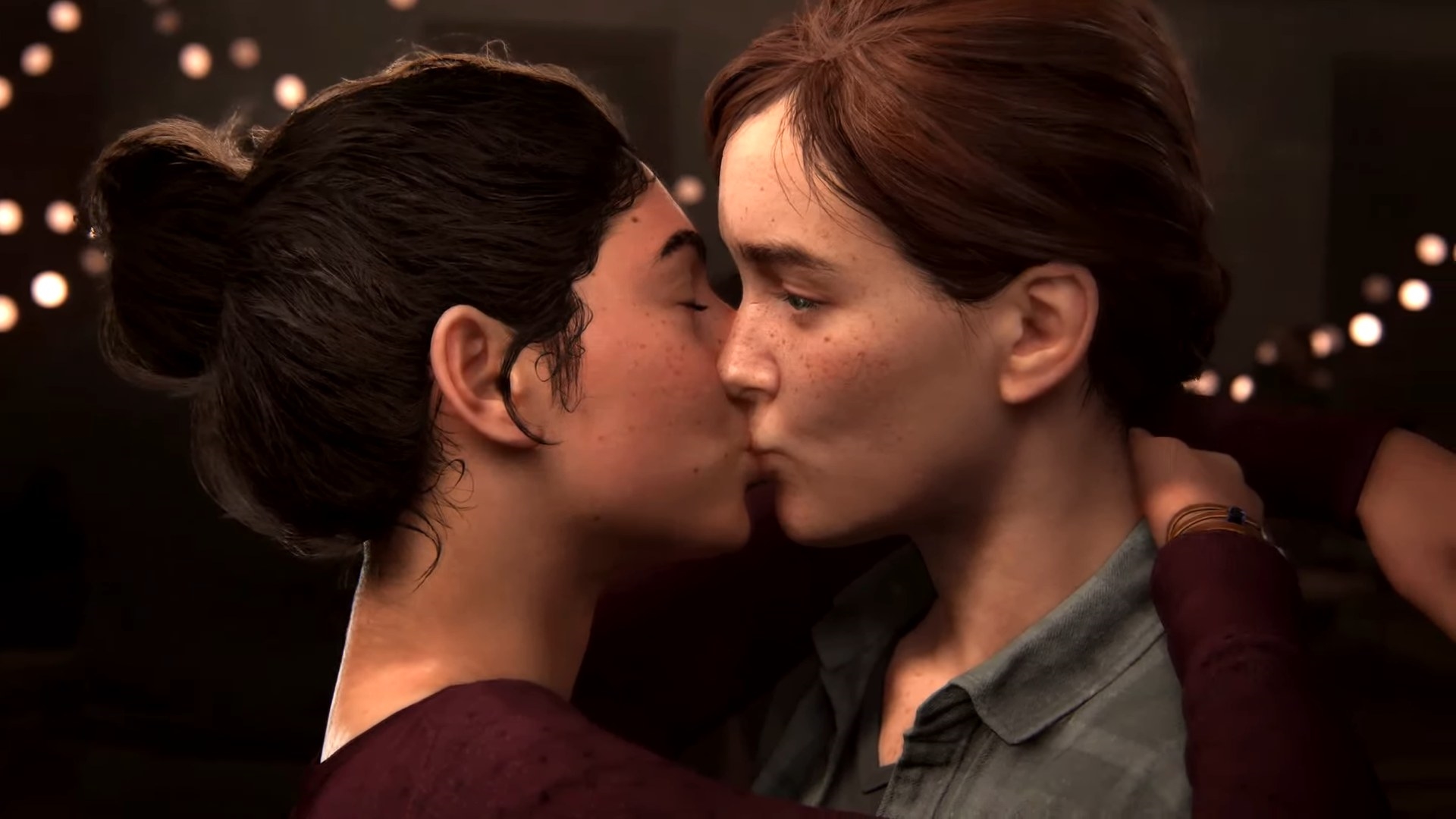 After that tender kiss, things get significantly darker, as Ellie chokes out a man in a forest — and we finally get to see the first true gameplay footage. Ellie’s sneaking through a forest after her kill, eventually coming upon a large group of men torturing and killing a poor soul tied to a post. It’s quite similar to what the killers from the second trailer appeared to be doing, and it seems increasingly likely that this band of savages will be your main enemy in the game. It’s hard to tell just how good the graphics are from the preview, but so far both the lighting and detail of the character’s faces have been outstanding. 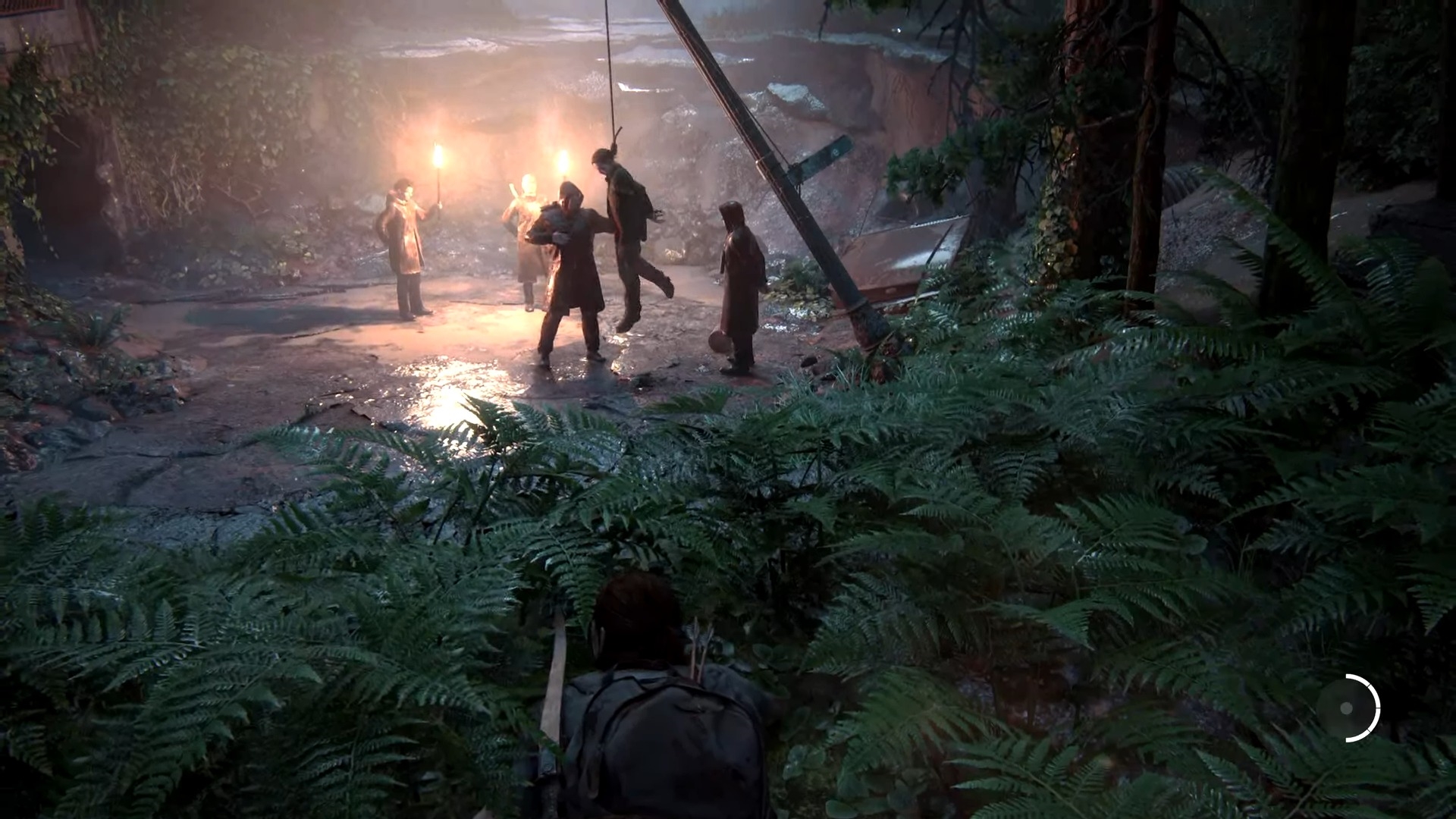 Naturally, the first weapon we see Ellie pull is her trusty bow and arrow, as she begins sneaking through the encampment to take out the crew she spied. Before long, though, she’s spotted and has to engage in some brutal hand-to-hand combat, using her knife. Ellie hides in the grass, but the enemies are smart enough to know where she’s hiding this time. Fortunately, there’s another new hiding place in this game — you’re able to crawl under abandoned cars and shoot out your foes from there. Fans of the game will also be happy to know that the old reliable brick makes a return.

Eventually, Ellie gets pretty well cornered by her attackers, hiding in a store three against one. However, there’s a good way to even the odds: for the first time, you can craft additional arrows, in this case an explosive one. The encounter also showed off some new dodging mechanics, something that wasn’t terribly easy in the original game. Indeed it looks as if Naughty Dog has transplanted some of the mechanics and combat from Uncharted 4. 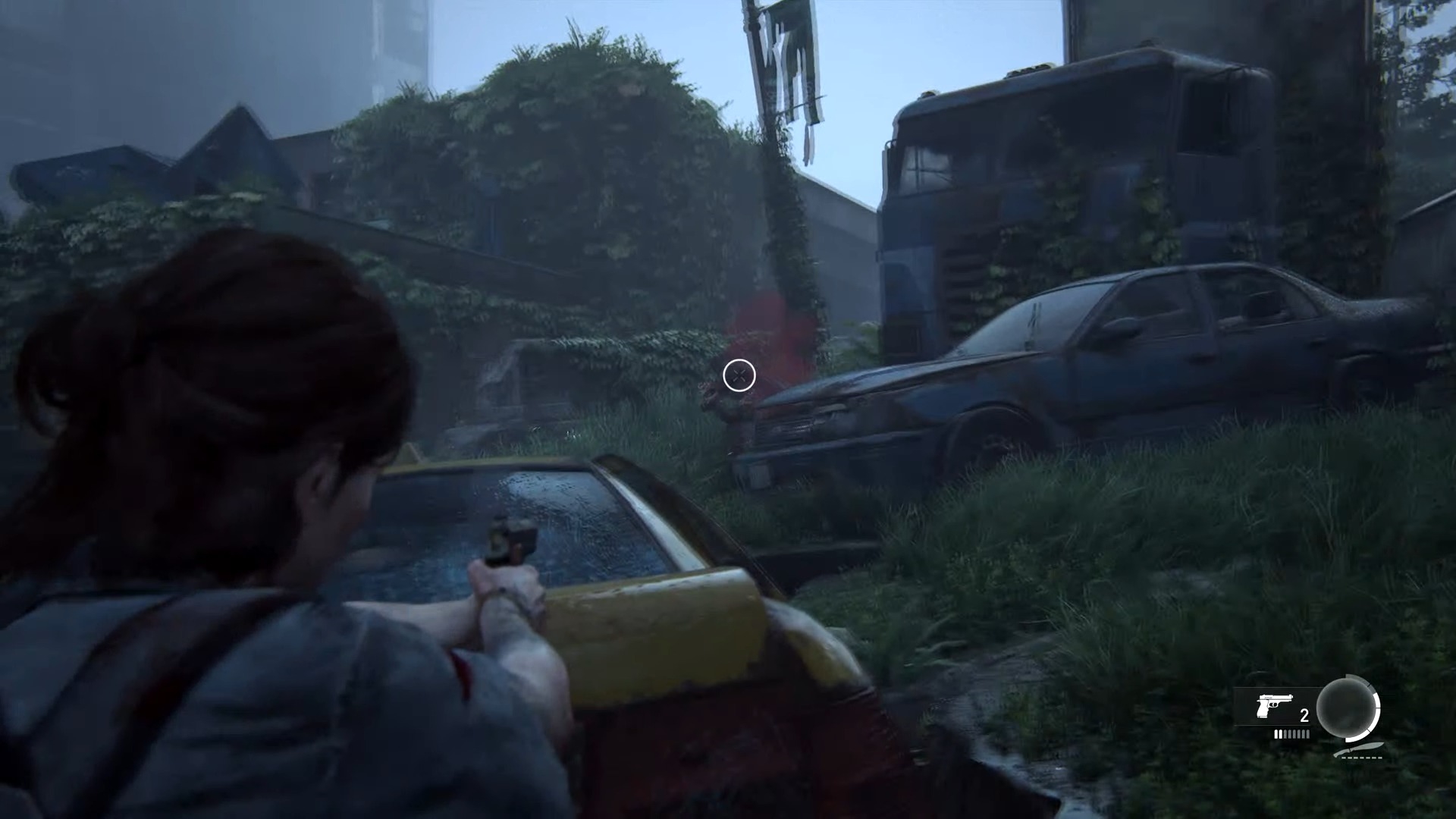 After Ellie brutally kills the last man, the trailer cuts back to the church, with Ellie’s moment with her companion continuing in relative peace. And that was it for the first look at The Last of Us Part II. Unfortunately, we didn’t hear anything about a release date for the game — chances are it’ll be sometime in 2019 if we haven’t heard anything yet.

The first announcement of The Last of Us: Part II came about three and a half years after the first game arrived and showed protagonist Ellie grown up by about five years from when we last saw her, singing a song and promising to kill on “every last one” of some unknown group that has wronged her. It was a dark but familiar tone to reintroduce Ellie and her companion Joel — but the second trailer went in an entirely different direction. It showed off some entirely new characters, dispensing some utterly disturbing violence, even for The Last of Us. Today’s look was more varied, but no less mysterious, as we’re privy to some new relationships in Ellie’s life beyond Joel, and got a look at just how dangerous she has become.