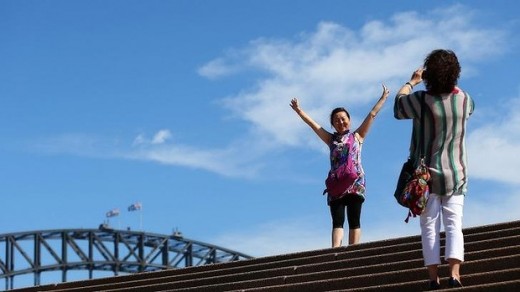 Ni hao and g’day: China is now the second-largest source of tourists after New Zealand, and the top one in terms of dollars spent. But there are other emerging markets. Photo: Brendon Thorne

Australian tourism operators are naturally looking to lure as many travellers – both international and domestic – to visit their hotels or attractions and take their day tours.

But in the era of Big Data, knowing the customer is key to understanding how to best position the product and market it to the right audience. Here are five lessons from Tourism Australia’s Destination Australia conference held in Sydney on Tuesday.

1. People do a lot of online research

Have you ever spent hours researching a destination online and then comparing various flight, hotel and tour websites before deciding to book a holiday? If so, you aren’t alone. Google Australia data from April 2013 to March 2014 showed the average person spent 53 days of research before deciding to finally book a holiday, in a process that involved visiting 28 websites a total of 122 times during 76 separate web sessions. This demonstrates it is very important for tourism operators to have attractive, user-friendly websites.

Much of the research is done on smartphones, although actual bookings still more commonly take place on a tablet, laptop or desktop. The travel cycle involves five stages: dreaming, researching, booking, experiencing and sharing.

“People are always thinking about travel and where they are going to travel next,” Google Australia head of travel and tourism Ross McDonald says. “Smartphones are the most common starting place for online activities.”

Every major hotel chain now has a loyalty program. One of the goals is to use the program to collect data on their customers and to send them offers encouraging them to book. But another major reason is financial.

Accor Australia vice president of sales, distribution and revenue management Henrik Berglind says members of the hotel chain’s Le Club stay at Accor hotels twice as often and spend three times as much as other travellers.

Loyalty programs encourage members to book directly through a hotel’s website, which gives the hotel an additional 22 per cent yield from each booking versus the cost of a booking through an online travel agent which receives a hefty commission from the hotel.

Bookings on the website also offer Accor the opportunity to upsell extra products such as breakfast or a higher room class. Accor still uses online travel agents to help acquire new customers, but the ultimate goal is to convert them into loyal Le Club members that will book directly.

3. Most apps are discarded within a few days

Developing mobile apps may be considered en vogue, but for smaller tourism businesses it is rarely worth investing in an app unless customer loyalty is a key part of the business, says Google’s McDonald.

Mobile apps work for businesses like large hotel chains, airlines and online travel agents that travellers will return to time and again, but for a single hotel or tour operator, the priority should instead be having a great mobile-friendly website. McDonald says the average smartphone owner checks their phone between 90 and 180 times a day. “Being always there on mobile is crucial,” he says.

McDonald says 60 per cent of the mobile apps in the Android store are never downloaded by anyone (many of those are unsuccessful games produced by aspiring developers) and 90 per cent are not used beyond the first three days after they have been downloaded. “For most of us a mobile site is much more important [than an app],” he says.

4. The lower dollar won’t lead to a domestic boom

The rapid depreciation in the Australian dollar has led to expectations by some that domestic tourism will boom because overseas holidays to destinations like the United States will cost more. But Deloitte Access Economics Professor Ian Harper says evidence shows otherwise. “It more drives foreign demand than it discourages Aussies from going offshore,” he says.

Australians heading overseas may change their pick of destinations – for example, the Australian dollar has performed much better against the euro than the US dollar over the last year. It might also encourage them to take shorter trips or to spend less on the ground in a foreign destination’s currency than they would have done when the dollar was higher. But Australians love an overseas holiday and the accompanying bragging rights and destinations in places like south-east Asia remain cheap despite the lower dollar.

Conversely though, Australian tour operators should benefit from the lower dollar because overseas tourists will have more money to spend on the ground and may stay for more nights than they would have when the Australian dollar was higher.

5. China isn’t the only game in town

China is now the second-largest source of tourists to Australia after New Zealand, and the top one in terms of dollars spent. Trade and Investment Minister Andrew Robb said the number of Chinese visiting our shores could double to 1.6 million by 2020. But he also warned that tourism operators shouldn’t lose sight of opportunities in other inbound markets.

The number of US tourists rose by 6.5 per cent last year, and some Americans are also very big spenders. Ian Swain, the president of Swain Destinations, which focuses on putting together individual high-end itineraries for US travellers, says his average booking for a group of four costs $US35,000 ($45,940). One wealthy US tourist spent $US500,000 on a trip to Australia, which included chartering a Gulfstream 5 to Adelaide for a private tasting of Grange in the Barossa Valley.

Indonesia’s gross domestic product is expected to overtake Germany’s – currently the world’s fourth-largest economy – within the next 10 to 15 years. “Indonesia has a long way to go, but it is getting rich fast,” Robb says. “We are very undercooked in that market.” 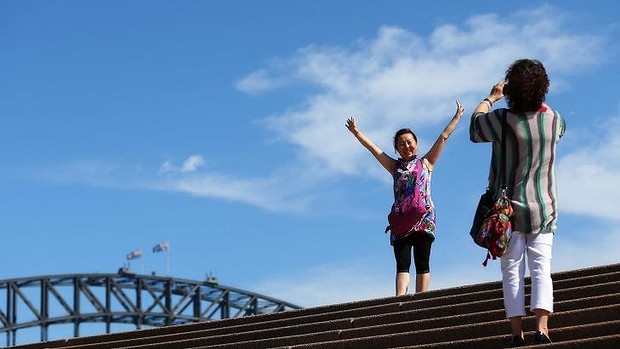