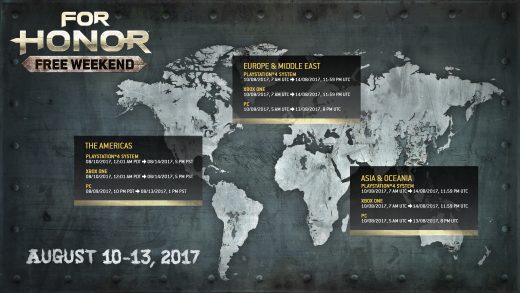 We have all asked this question at some point in our lives: Could a Samurai take down a Knight? If you’ve spent countless hours imagining the outcome of this once-impossible battle, take comfort in knowing you will no longer have to concoct theoretical outcomes, because For Honor is getting a free weekend on PS4, Xbox One, and PC. From August 10 to August 13, you will have access to a deep roster of diverse heroes, as well the game’s five multiplayer modes, all multiplayer maps, and full campaign (playable in single-player or online co-op). Season 2’s Heroes, the aforementioned Shinobi and the brutal Centurion, are accessible via For Honor’s in-game currency for 15,000 Steel each. PlayStation 4 users and Uplay members can pre-load the game starting today, August 7, at 9PM PDT. 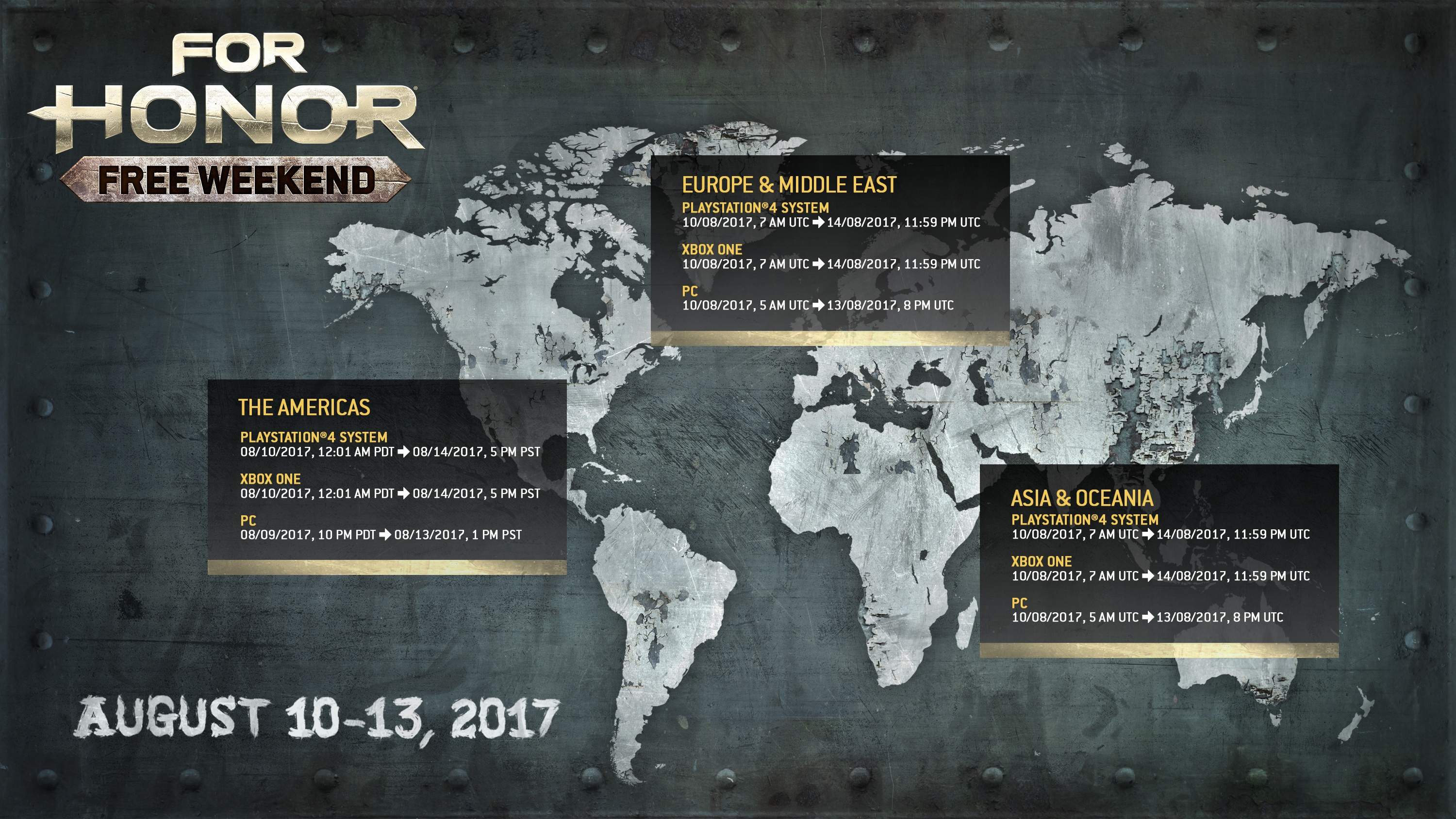 This is a perfect time to jump into For Honor, as it precedes the impending release of Season 3: Grudge & Glory, which features two new heroes (the Highlander and the Gladiator), new maps, ranked play, and additional updates. The Highlander and Gladiator are available immediately to Season Pass owners on August 15, and will be available for 15,000 Steel each for all other players starting August 22. The launch of Season 3 is the first in a series of events on the For Honor development schedule that includes a new season in November and the introduction of dedicated servers at a later date.

For Honor is currently available on PS4, PC, and Xbox One. For more information, check out our previous coverage, visit the official site, or check out the For Honor Season 3 Live Event: Grudge & Glory Reveal livestream tournament on August 12 at 11AM at twitch.tv/forhonorgame to watch players compete in a 1v1 tournament and see live gameplay of Season 3 content.