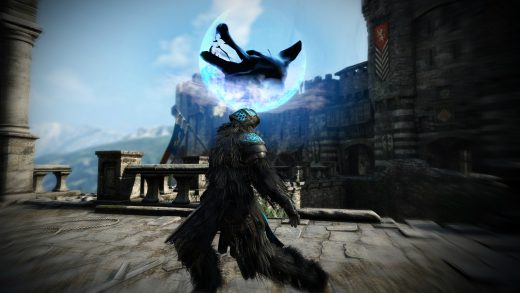 by Chris Watters | Communications Specialist | on October 19, 2017 | in For Honor

Starting today, For Honor celebrates the Feast of the Otherworld, a Halloween-inspired event that casts a dark shadow across the land. From October 19 to November 2, a new mode called Endless March will invite players to tackle Dominion maps in a challenging new way. During the event, all soldiers will appear as skeletons, and there will be sinister new items available, including new gear for your Hero, new emotes, and new masks to fill a brand new customization slot. Take a look at this trailer to see what’s in store, and read on for more details.

Feast of the Otherworld got its start when the For Honor teams were asked what they would like to do for Halloween, and according to game director Damien Kieken, “it became a melting pot of all the teams’ ideas, and created a really cool event.” Those ideas include Endless March, a 4v4 Dominion-inspired game mode that takes place on Dominion maps (night or foggy variants only, naturally). The soldiers in this mode have not only turned into skeletons, but they deal significantly more damage, making wading into the fray in the center lane a much more perilous endeavor.

But wade in you must, because killing these skeletons (as well as other Heroes) is the only way to earn permanent points towards victory. Holding zones will not earn you points over time, as it does in Dominion, but that doesn’t mean you should ignore them. Holding a zone is worth 200 temporary points, which can help push the other team into breaking, and the healing effect of friendly zones is all the more important now that deadly skeletons warriors have taken the field. 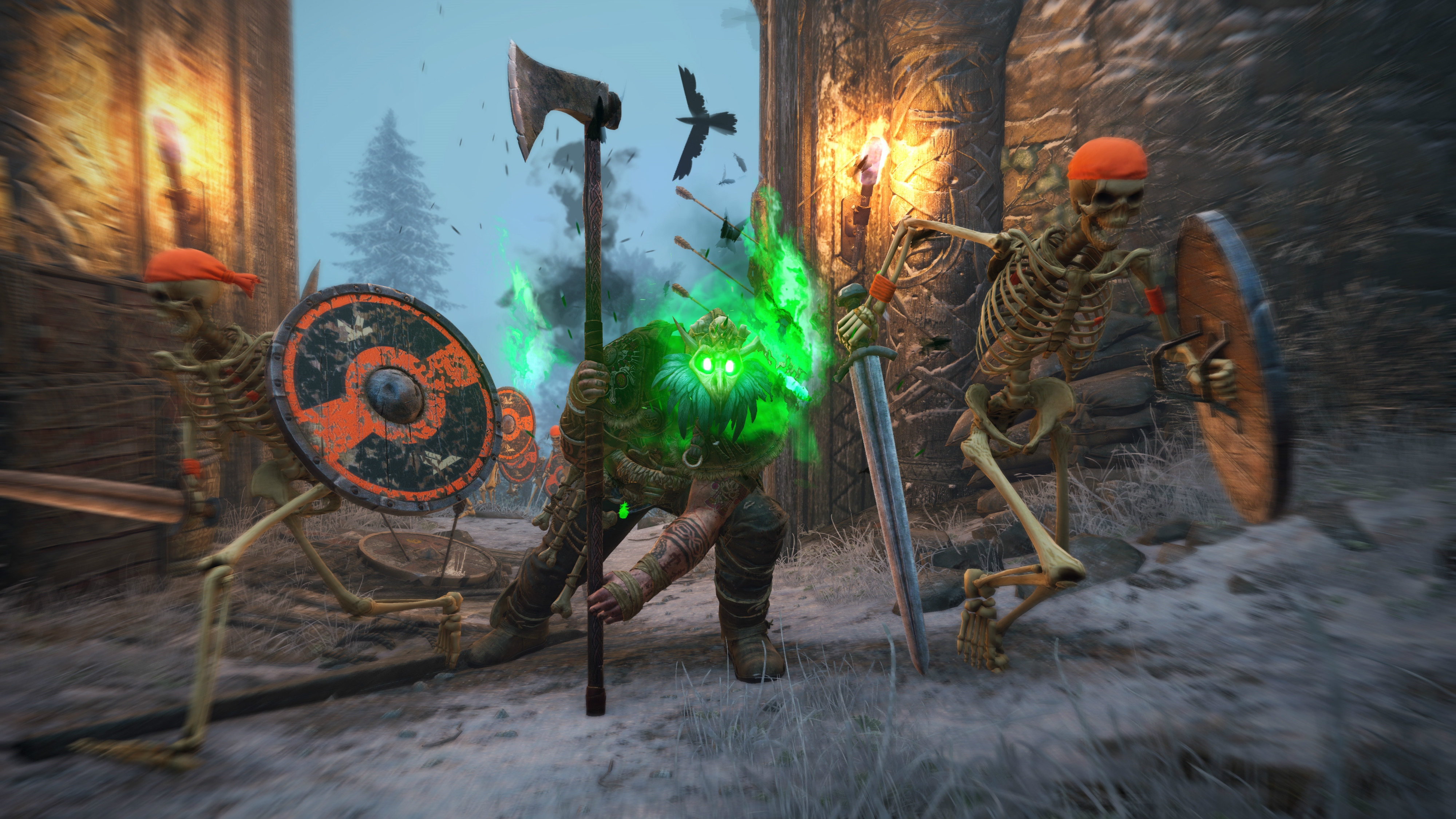 You can still kill these warriors in one hit, but their increased power changes the strategic landscape. Wading into the fray and swinging away is a good way to get cut down quickly. In fact, “it’s a good strategy to retreat into your minions,” says Kieken, “because if your enemy follows you and gets surrounded, they’ll be in big trouble.”

At the end of any match in any mode you play during the Feast of the Otherworld event, you have a chance to earn new rewards during the post-match loot drops. Each Hero will have a new ornament, a new outfit, and new idle, emote, and execution effects that they can acquire this way. Additionally, Heroes will be able to don special masks for the first time, which have their own new customization slot. Masks appear during idles, executions, and emotes, and during the first week of the event, they will be available for purchase for 15,000 Steel per Hero. During the second week, a new werewolf emote with its own special effect will be available for purchase for 10,000 Steel per Hero. Be sure to get your hands on these items while you can, because after the Feast of the Otherworld concludes on November 2, only masks will remain available for purchase, and their price will rise to 20,000 Steel. 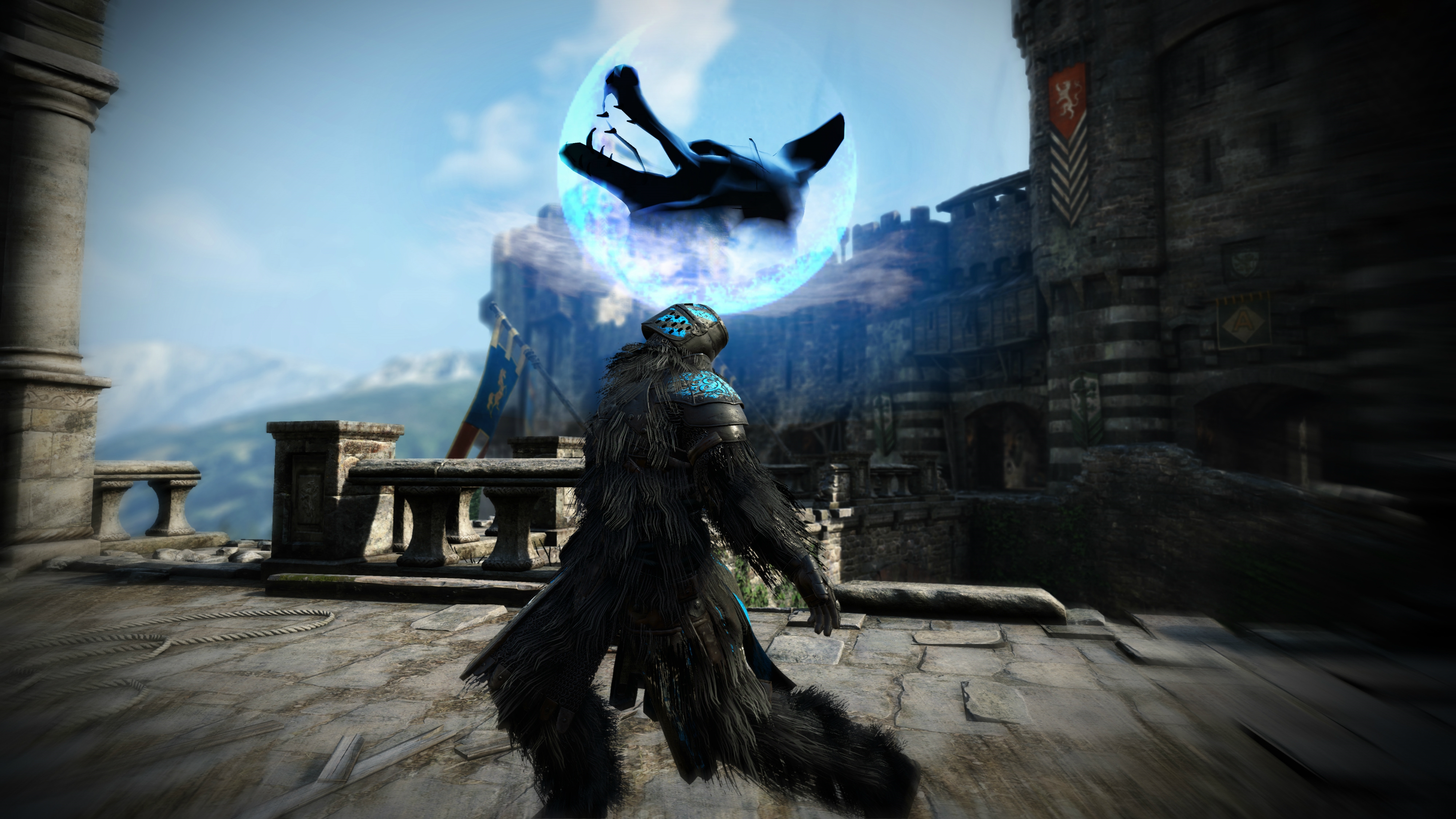 Kieken has some advice for those looking to maximize their Steel gains during the event: “Participate in the Community Order, of course, and then focus on Daily Orders first, because they are the ones that reward more Steel.” On top of the new mode and the new rewards, the Feast of the Otherworld event will bring some eerie changes to the whole For Honor experience, from new musical tracks to new Halloween-themed Order descriptions that hold clues to how the event will progress.

For Honor is out now for PS4, Xbox One, and PC. To learn about the new heroes and maps that were released for Season 3, check out our previous coverage.