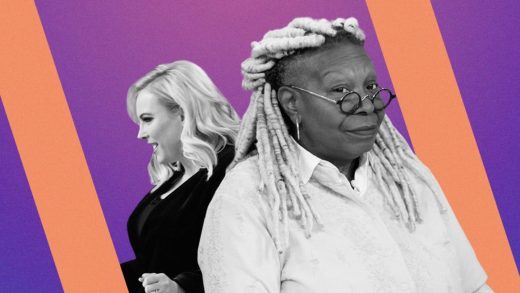 While discussing Donald Trump’s impeachment hearings, things got heated on today’s The View, as usual. However, it seems like cohost Meghan McCain’s incessant need to yell over people finally made resident peacekeeper Whoopi Goldberg snap.

After cohost Sunny Hostin wrapped up her point about the hypocrisy of Republicans voting to convict Bill Clinton on perjury but bend over backwards to acquit Trump for his call with Ukraine to allegedly gather information on political rivals, McCain launched into some half-baked explanation about her job as a political analyst. Soon enough, Hostin and McCain were talking over each other (again, as usual) until Goldberg intervened. Not taking the hint, McCain kept yelling over everyone, which pushed Goldberg to issue the shush heard ’round the world: “Girl, please stop talking! Please stop talking right now.”

McCain threatened not to talk for the rest of the show, to which Goldberg cooly replied, “I’m ok with that if you’re going to behave like this.”

But McCain kept on talking, so a clearly frustrated Goldberg threw to commercial.

At this moment Whoopi was thinking about risking it all #TheView pic.twitter.com/sgd0LfmRGe

whoopi is about to teach this child a lesson once and for all! #theview #meghanmccain @theview pic.twitter.com/5lOq9bSRQC

That was some wild AM tv right there lol. Meghan said “I won’t talk the rest of the show” Whoopi said “I’d be okay with that” #TheView pic.twitter.com/AuCFG8Vogn

It’s getting closer and closer to tha moment Whoopi takes her out #TheView pic.twitter.com/4UPXgfBYXq

This certainly isn’t the first blowup on The View. And it definitely isn’t the first between McCain and just about every other non-conservative leaning host or panelist. But it should be noted that Goldberg has had to correct McCain’s behavior before.

Back in October, another clip from The View went viral when Goldberg tried to corral the conversation that McCain was, yet again, bulldozing: “Let me tell you something about The View,” Goldberg said to McCain. “This show has always had the ability to have different points of view, which we respect around the table. And when we talk to each other, we also exhibit respect. So when I’m saying to you, ‘Hold up,’ because we’re not hearing each other, I’m not trying to cut you off. I’m trying to get you heard.”

And, as usual, McCain kept talking, which made Goldberg throw to commercial (sound familiar?).

Twitter has been saying it forever, and it finally may be true: Meghan, you in danger, girl. 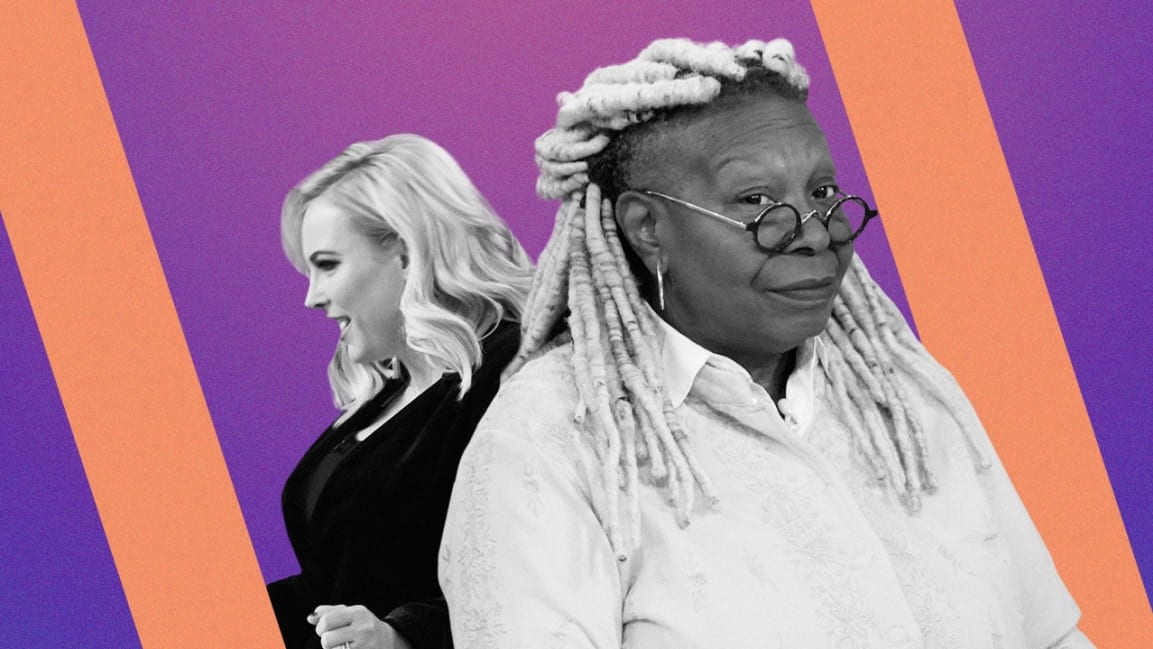