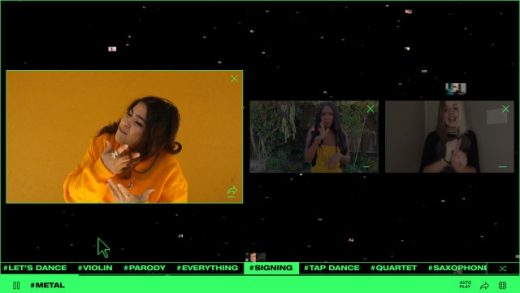 Search for ‘Bad Guy’ on YouTube and you’ll find thousands of covers alongside Billie Eilish’s official music video. To celebrate the track, which has now passed one billion views, and the community of covers that’s grown around it, Google has created Infinite Bad Guy, a music video that goes on forever. Every time you hit play, the custom website will load up one of 15,000 covers posted on YouTube. You’ll see some videos either side and a bunch of hashtags at the bottom of the screen, such as #violin, #quartet and #parody. Click on these and the video will transition without missing a beat or lyric, just like a DJ switching between two turntables.

Inevitably, some shifts will sound more pleasant than others. If you move between a rap and operatic version, it doesn’t matter how seamless the transition is — it’s going to be a little jarring. But that’s sort of the point. “Infinite Bad Guy” helps convey the dizzying range of interpretations that currently exist on YouTube. Some are slower or faster than the original version. Many feature instruments that were never used in the original version. Yes, the melody and lyrics are generally the same (some covers are sung in different languages, however) but there’s many ways to attempt a cover. That differentiation is partly why people seek them out on YouTube.

If you do nothing, “Infinite Bad Guy” will automatically shift between views. And, at the end, it will simply start over and play a new combination of videos. The project might sound like a glorified playlist, but Google had to use some clever machine learning to make it happen. Regular algorithms couldn’t align the tracks — the tempos, keys and instrumentation were simply too varied. Google’s Creative Lab had to build a neural network that could analyse each track and correctly match them up. It also needed to identify sections that were truly unique — a guitar solo, for instance — as it wouldn’t be possible to seamlessly ‘switch’ during these moments.

To try it for yourself, simply head over to billie.withyoutube.com. Once you’ve had enough, hit pause and Google will list every cover that you just watched, as well as some basic statistics about your session, such as how many times you reached the end of the original Bad Guy composition. 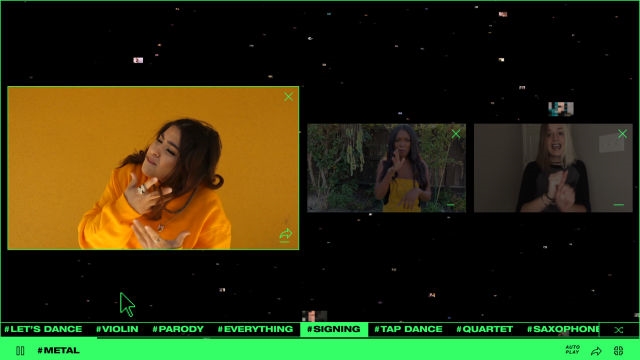