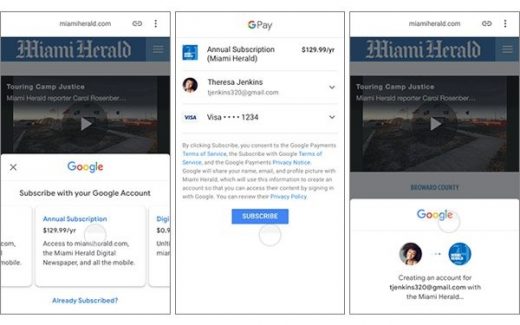 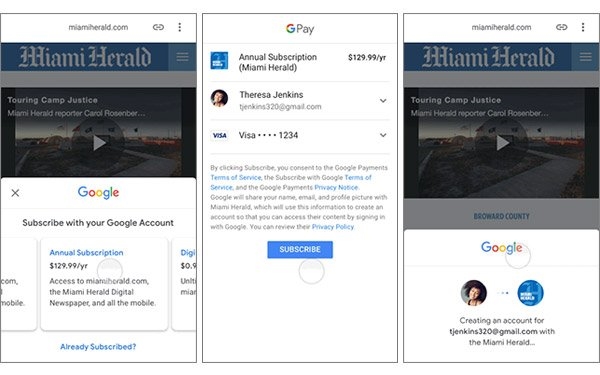 Last month, Google unveiled its new service Subscribe, making it easy for users to access and pay for premium journalism.

(May 05, 2018), news company McClatchy — which operates 29 newspapers in 14 states — announced it is partnering with Subscribe to offer access to all its publications with one tap. McClatchy was an early development partner and the first launch partner with Subscribe.

When a Google user hits a pay wall, after accessing all free articles for the month on a McClatchy news site, a box will pop up allowing the reader to subscribe either directly with the local publication or through Google. Subscribe with Google allows users to pay with any accepted credit card.

Craig Forman, president and CEO of McClatchy, stated: “The importance of local news is gaining wider recognition, and we know first-hand the deep impact it can have in changing lives, improving communities and strengthening our democracy.”

In addition to its partnership with Subscribe, McClatchy announced it will begin using the hashtag #ReadLocal across its social-media channels to raise awareness around local, independent journalism.