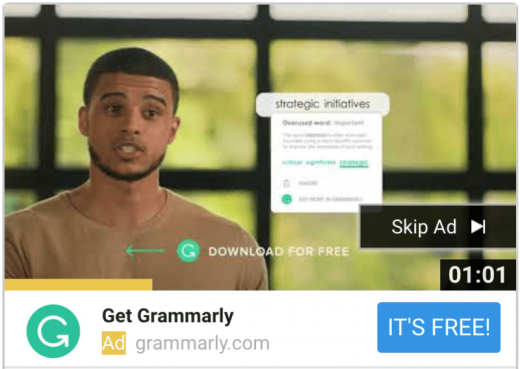 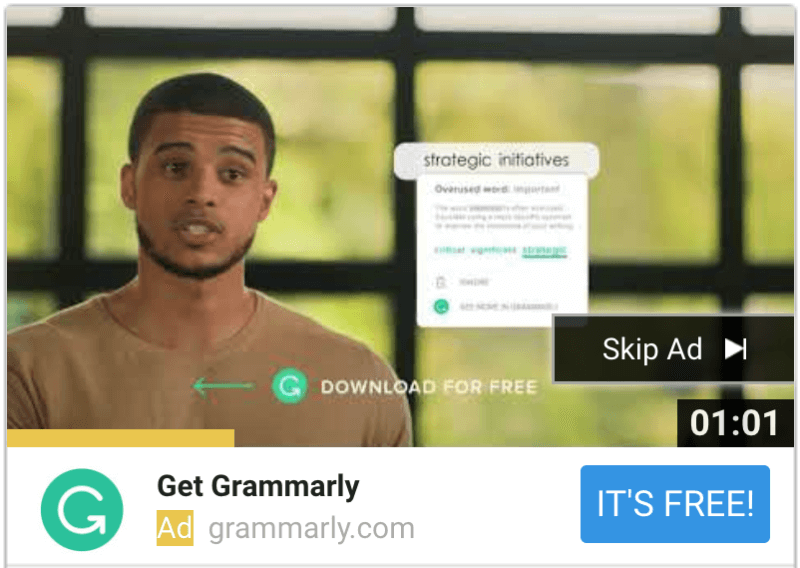 YouTube has released the top ten TrueView for Action ads in 2018, with Grammarly’s “Enhance Your Writing” 60-second spot coming in at the top. The year-end ad leaderboard focused only on the direct-response ad format, a shift from YouTube’s usual annual list ranking the top trending video ads overall.

YouTube’s focus on its TrueView for Action ad format is a nod to its focus on attracting more performance advertisers. TrueView for Action ads officially launched in March. They feature a customized call to action that appears below the video on mobile, or alongside the video player while an ad plays on desktop. The ads can be coupled with custom intent audiences to reach people based on their recent search history.

Online grammar tool Grammarly ranked number one on YouTube’s first-annual list of top TrueView for Action ads based on an algorithm that factored total reach, clicks, and engagements. Grammarly’s “Enhance Your Writing” ad included a persistent “Download for Free” call to action built right into the video ad that pointed to the “Get Grammarly” call to action overlay. The overlay links to the Grammarly homepage where users can download the software.

With ads from Wix and Netflix making their way into the top ten list alongside lesser-known advertisers like Grammarly, this list shows major brands and niche brands alike are using the new TrueView for Action ad format.