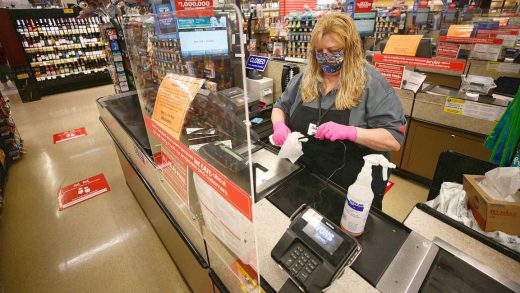 Grocery stores are starting to end hazard pay, but grocery workers are still getting sick

Across the country, more than 10,000 grocery workers in stores represented by the United Food and Commercial Workers International Union—which has members at Kroger, Ralphs, Safeway, Shaw’s, and more—have become sick or exposed to COVID-19, and 68 have died. That’s a 200% increase compared to the number of deaths and infections five weeks ago, the union says, and proof, they add, that additional and extended hazard pay is needed for grocery employees on the front lines.

The renewed call for continued hazard pay comes on the heels of reports that Kroger told some workers they had been “overpaid” too much hazard pay and demanded that those associates return that money. Kroger has since retracted that request. “We’ve instructed our payroll department to directly inform the small number of associates affected by the recent overpayments of Emergency Leave of Absence pay that we will not seek repayment,” a Kroger spokesperson said in an email to Fast Company.

Still, union members say that the hazard pay they are receiving—sometimes deemed Hero Pay or Thank You Pay—is not enough, and that they need more actions from their parent companies to keep them safe as they continue to work on the front lines of the COVID-19 pandemic. Last week, UFCW sent a letter to multiple grocery CEOs, including Walmart,  Costco, Whole Foods, and more, stressing the need for hazard pay as the pandemic continues.

“I see hundreds of people a day without a mask funneling into my department,” Kristine Holtham, a meat manager at a Kroger in Detroit, said on a press call organized by UFCW. “We are total targets. We’re sitting ducks for the virus. And that risk is why we deserve hourly hazard pay. . . . We deserve hazard pay until I no longer have to put on a mask to work at a grocery store.”

At the beginning of the pandemic, Kroger announced an “Appreciation Bonus,” which was a one-time payment of $300, and its “Hero Pay” initiative, which offered an additional $2 an hour to workers. After news this week that Kroger would phase out that Hero Pay, the company now says it is extending its “Thank You Pay,” first announced May 15, which gives bonuses of $400 for full-time workers and $200 for part-time workers.

But it is all still temporary: The hourly wage increase will end May 23, and the Thank You Pay will reportedly last until mid-June. Kroger says the extension of the $400 and $200 bonuses will total $130 million, and that the company has spent more than $700 million to reward and safeguard its workers since March. Still, some employees have had to buy their own sanitizer to clean their workstations, according to the union.

UFCW is also calling for security guards inside grocery stores to help enforce mask wearing among customers. “We just had an incident where a worker’s arm was broken because they had asked somebody to put a mask on,” says UFCW International president Marc Perrone.

Holtham says she herself was informing customers they needed to wear a mask while in the store, handing out extra disposable masks that she had, until one incident in which a customer refused. Even when she said it’s Kroger policy, he countered that, “‘It’s not a law, and I’m not going to wear a mask,’” she says. “I said, ‘Come on sir, it’s for my health, not yours, it’s just a mask,’ and he turned and looked at me and said, ‘I don’t give a damn about your health.’ That really took me back. I got to be honest with you, that’s the last day I asked anyone to wear a mask.”

Security guards could help mitigate some of that conflict, Perrone says, and ease the burden on grocery workers’ shoulders so they don’t have to also act as public health officials and store authority figures.

Even if Kroger’s Thank You Pay extends for a few more weeks, grocery store workers and the UFCW union expect this pandemic, and its risk to these workers, to continue for months. Perrone says the actual number of grocery workers killed by COVID-19 is likely higher than 68, but that the union only has their own numbers to go off of, and they have no statistics from non-union grocery stores, such as Trader Joe’s. “As far as retail food, we think there’s probably many more than the 68,” he says. “It’s the 68 that are associated with our membership at this time.”

“Sales are up 30% over what they were last year, and sales per man-hours are up, which means productivity is up. It should not matter if we alienate a few customers about whether or not they’re going to wear a mask,” Perrone says. “If they’re not going to protect our workers over the hazards that they face, then they ought to pay them for the hazards they’re facing.” 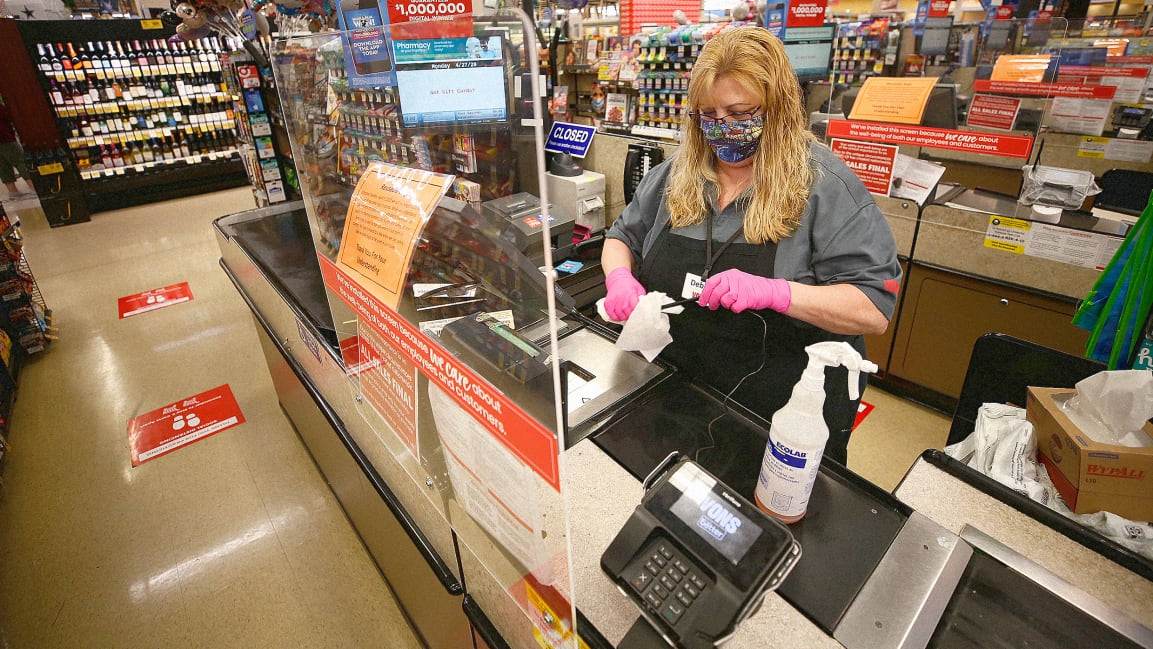