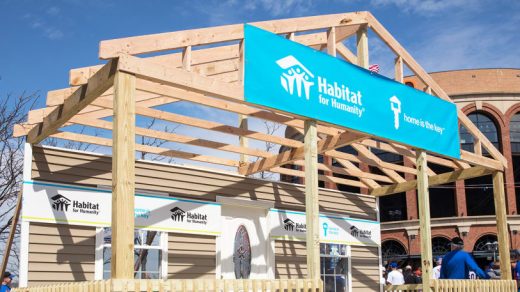 When Donald Trump released a partial outline of his proposed 2018 budget, sectors across the U.S., from the arts and humanities to low-income community development, watched as critical funding streams were marched to the chopping block.

Habitat for Humanity, the largest nonprofit home builder in the world, was already planning its first-ever nationwide campaign to raise money for affordable housing before the budget proposal was released. But after the 2018 proposal–which would cut $ 6.2 billion (a 13.2% reduction) from the department of Housing and Urban Development (HUD), as well as numerous local improvement and anti-poverty programs–was released, it lent an extra layer of urgency to the Home is the Key initiative, which launched April 3 and will run for the entire month, Jonathan Reckford, CEO of Habitat for Humanity, tells Fast Company. HUD oversees and administers public housing and rental-assistance programs that millions of low-income Americans rely on; it also provides technical assistance and housing development grants to organizations like Habitat.

Since it was founded in 1976, Habitat has built homes for over 9.8 million people worldwide using a combination of federal dollars, private investments, and philanthropic donations; Home is the Key is the first public engagement campaign in the nonprofit’s 40-year history. The campaign, Reckford says, is a way for people to give back and engage with the idea of housing as a crucial human need. Over the course of the month, select retailers like Sur La Table and At Home stores will accept register donations for Habitat and donate proceeds from certain items to the cause; for every #HomeIsTheKey hashtag shared on social media, Habitat’s corporate partner, Nissan, will donate $ 1, up to $ 250,000. In addition to spreading awareness of the campaign through the hashtag and branded retail products, Habitat has tapped celebrities like HGTV’s Chip Wade and the New York Mets as partners (the Mets turned their home opener at Citi Field in Queens into the public launch of Home is the Key).

“Home is the Key really comes from the view that housing is, in many ways, an invisible crisis in this country,” Reckford says. “We’re at the worst point of affordable housing in modern history, and now we’re talking about disinvesting at the federal level when we’re already way behind in our ability as a market to provide enough affordable housing.”

The importance of housing, Reckford adds, doesn’t carry quite the same relatability as access to education, food, or health care (all also threatened  under the Trump budget proposal). “Everyone understands the importance of programs that support education and food, but unless you’ve experienced poverty, substandard housing, or homelessness, the need to provide good, affordable housing isn’t as obvious,” Reckford says. This dichotomy is very obvious at the federal level. “Most people in political and economic power grew up in decent housing, so they don’t have that visceral understanding of what it’s like to do without a home,” Reckford says. “There’s an empathy gap there.”

Through Home is the Key, Habitat hopes to catapult the need for affordable housing into the national conversation. According to HUD, families that spend more than 30% of their income on housing will have a difficult time affording other basic necessities; currently, one in four households in the U.S. fall into that category. “Just look at the stats: Virtually nowhere in the U.S. can someone making the minimum wage afford a one-bedroom apartment,” Reckford says. In major cities like San Francisco and New York, incomes have risen, but nowhere near high enough to compete with housing costs that have risen even faster. In five Bay Area counties, incomes have grown, on average, 30% over the past five years. In the same time frame, home prices have ballooned by 87%. While housing prices have remained relatively stable in more suburban and rural areas since the housing crisis of 2008, incomes for four out of five Americans have flatlined since 2007. “It’s a market failure that doesn’t work for anyone except the wealthy,” Reckford says.

From the vantage of Habitat, which works with low-income families and volunteers to build a home on donated land (from individuals, churches, banks, or businesses) that they then pay back through an affordable mortgage, pulling back on affordable housing resources now will further exacerbate a range of other interrelated issues plaguing the U.S. “One of the things we’re trying to emphasize is that if we don’t invest in housing, we’ll spend more on health care, more on education, and more on incarceration,” Reckford says. “Often, we try to solve these problems independently, but healthy communities require all elements working together.” Research has found that equipping families with an affordable home frees up resources for healthy food and consistent health care. Being in a stable home also improves children’s educational outcomes, which contributes to lower incarceration rates.

In the face of potentially devastating cuts to affordable housing at the federal level, Habitat is hoping to act as a leader in equitable housing development. “Habitat’s always been about helping to build homes and improve the communities,” Reckford says. But as the organization has grown rapidly in recent years–it went from helping 125,000 people a decade a go to 3 million last year–it’s now trying to influence the housing market as a whole. “We were never designed to be the answer to the whole housing problem, but we want to be a demonstration: to show that we need to increase access to land for housing, to increase financing, and improve access to good-quality building materials, which also creates jobs,” Reckford says.

Though the Home is the Key campaign will close at the end of April, Reckford is currently in talks with more corporate partners, and is looking to build the campaign out into a more sustained platform. If the federal cuts to housing are approved, this cause will be one whose importance won’t wane over the next four years. 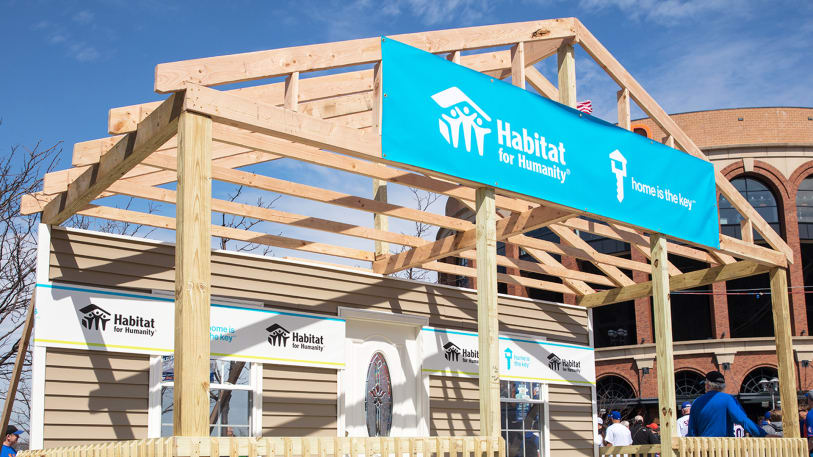