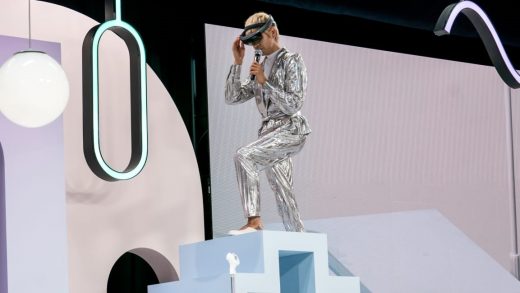 Self-selected nicknames are always a risky proposition. Few have ever been as accurate, though, as Julio Torres’s Instagram handle: Space Prince Julio.

The comedian, Saturday Night Live writer, and co-creator/star of HBO’s surprise hit Los Espookys carries himself with the regal bearing of distant royalty, quietly evaluating our world and making whimsically dark digressions, as though in possession of secret wisdom from the cosmos.

“I have often been called ‘too niche,’” he says, letting the words linger a moment. “To which I’ll say, ‘I have no idea what you could possibly be talking about.’”

Then he spies some objects he wants to discuss, and pauses the conveyor. The objects of interest are projected onto a screen above for all to see. It’s a crystal and some tiny furniture.

“I have no idea if crystals work,” he says with trademark detachment, “but just in case, I got them all chairs and little desks, so they have no excuse.”

Torres creates comedy like someone who just happened upon the building blocks of humor, decided to shape them in his own unique way, and turned out to be better at it than most human beings. In truth, though, he’s been honing his craft for a long time.

The comedian emigrated from El Salvador in 2009 to attend the New School in New York, where he collaborated on avant-garde one-act plays with the performance artist Spike Einbinder. The two eventually became roommates and began making YouTube videos, which attracted some attention. Meanwhile, Torres also started trying his hand at stand-up, gradually becoming a fixture in New York’s alt-comedy scene. By the time his student visa was nearing the expiration zero hour, a group of funny friends of varying degrees of fame gathered to help him raise money to pay for immigration-related legal fees.

As his comedy career began to take off, Torres managed to sort out his visa problem. He then got a job writing for Saturday Night Live, right around the time America’s most virulently anti-immigration president in living memory got elected. Since then, he has contributed a number of memorable sketches to the show, in his own inimitable voice, and teamed up with former cast member Fred Armisen (and fellow comedian Ana Fabrega) to create Los Espookys, the show about a group of for-hire haunters, which was just renewed for a second season.

Being a part of SNL, though, is a literal dream come true for the comic, who grew up as an ardent fan of the show. “Being in El Salvador back then, I really admired the kind of sketches that I cannot write,” he says when we chat by phone. “So it was amazing to realize, like, ‘Oh, there is space for what I can do in this environment I had been observing.’”

As My Favorite Shapes premieres on HBO, Julio Torres offers Fast Company five creativity tips to help you attempt to get on his otherworldly level.

Everybody hits a block sometimes. It’s how you handle hitting a block, though, that makes all the difference.

“If I’m ever stuck, I try to work my brain creatively in a different way,” Torres says. “Like, I’ll rearrange the room, or sketch an outfit, or talk to my mom [an architect] about making a piece of furniture. Just working my brain in different ways helps. But if I truly don’t feel like it, I just cannot. This is something that I inherited from my mother. She’s like, ‘If you don’t want to do that, you just can’t.’”

2. Concentrate on the work, not the result

“It’s important to do what you want to do more than thinking about the audience you think you’ll be doing it for, thinking about the path less, and the project more,” Torres says. “I’ve never been able to sit down and be like, Well, I want to have a comedy special. It’s more like, Oh, this is what I like to do and I guess it could be a special? Just thinking first about things that stimulate you, and then not thinking about what could be the benefit.”

3. Inspiration can come from anywhere

Inspiration is everywhere, if you’re open to it. It can come from a movie, a museum, or even a place.

“The last movie I saw that inspired me was [Claire Denis’s mind-bending astronaut film] High Life. I saw it the other night and then found myself having dreams about being in space and letting go, like letting go of whatever rope was tying me to my spaceship and just floating away. I’ve been thinking about that a lot. And I went to the Picasso museum in Barcelona not too long ago and it got me thinking about abstraction again, which I would write about in college. Just thinking about how, in so many ways, that’s what I like to do: picking a subject and looking at it from multiple points of view in a way that you wouldn’t expect. Also Fire Island is very inspiring to me. It’s like a beautiful wooden maze, and it just doesn’t look like anywhere else I’ve been. I always think there’s some sort of architectural comedy to be made there, because it’s like you just get lost in this neon green boardwalk and it’s really fun.”

4. Trust your voice, not your expectations

The best kind of change comes from organic creative growth, not the winds of perceived market demand.

“Doing stand-up [after writing short comedy videos and one-act plays] got better once I realized I didn’t have to change,” Torres says. “The first couple of times I did stand-up, I felt like I was impersonating what I thought people wanted to see, and then I was like, Oh wait, but my stand-up can just be what I’ve been doing anyway. When I realized it didn’t have to be different, I started really having fun.”

5. Every idea has its right place

The already legendary “Papyrus” sketch on SNL, from when Ryan Gosling hosted in 2017, is an idea that came from a Torres tweet.

The trick is knowing what to do with any given idea.

“I have no idea how I know what to do with an idea, but I like figuring it out,” he says. “I think stand-up is a good outlet for that, because you get an immediate response. Instagram or Twitter can be productive in that way, too, because it’s like you have a focus group potentially. I’ve had ideas that I thought could be a sketch and then realized, no, that is better off as like, a moment in the special. Or this moment I’m thinking about is something that is actually better suited to be acted by actors. When I have an idea, it’s always fun to find the best vessel for it.” 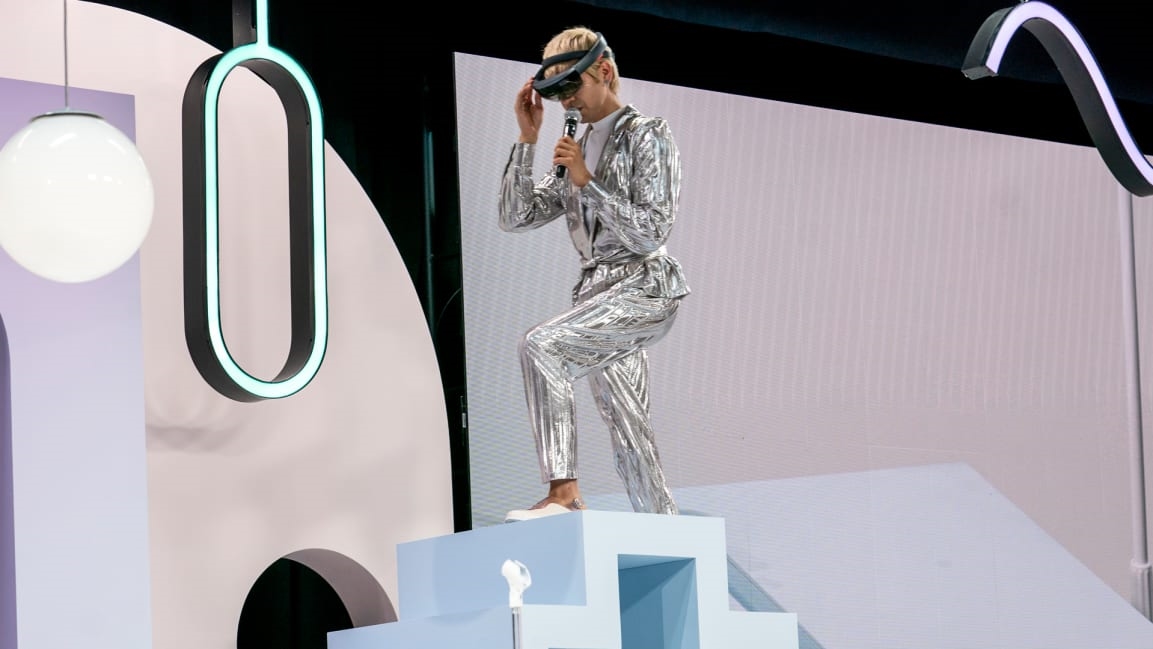