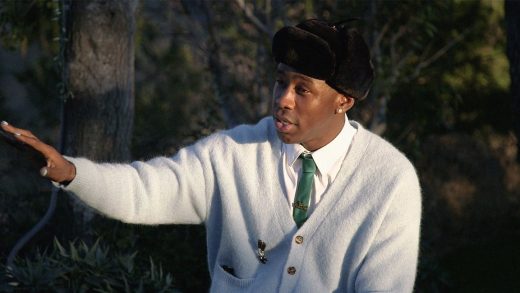 In early December, I spent two days on top of a small mountain with Tyler, The Creator—whose real name is Tyler Okonma. Okonma had set up a fantastical blue shop overlooking the hills of Malibu, California, for the launch of his new high-end line known as Golf le Fleur.

Over hours of interviews, with the sun setting and the California dust settling on our shoes, Okonma and I touched on just about every topic imaginable—focusing largely on his evolution as an artist and cross-medium creative. You may know Okonma for his Billboard-topping albums, but he’s also created programs for Adult Swim, concocted new flavors for Jeni’s Splendid Ice Creams, and collaborated with some of the biggest fashion brands in the world . . . all while launching his own fashion labels, too.

You can watch highlights from our interview in the video embedded here. It’s 30 minutes of Okonma as sincere as I’ve ever seen him. Even if you aren’t all that familiar with his work, I’m guessing you’ll pick up something valuable from listening to him.

We spoke just a few days after Virgil Abloh passed, and I didn’t realize going in that Okonma had such a rich, quiet relationship with the celebrated designer. They weren’t immediate friends; instead, the relationship evolved over time and caused Okonma to question his own personal biases. Okonma actually spoke at Abloh’s funeral shortly after this segment was filmed.

It’s a powerful story, and the way to hear it is in Okonma’s own voice, unedited, around 18:20 into the video.

“When I first met Virgil, I think 2012, with Kanye, of course, blah, blah. When he was doing the Pyrex and Been Trill stuff, I was just like…’This is gross.’ But again, me and Rocky thought we hated each other! So anything that they were on, I was just instantly like, ‘Nah, fuck that.’ Right? And then once he started doing the more recent stuff, Off-White stuff, I was just like, ‘Oh, this is just not for me.’ But I still knew him. I would kind of mock it, whatever. And then I always see him here and there. He was always super nice.

“And then time going on, we just started getting a cool relationship. And then he got the Louis Vuitton thing and I was so hyped. I was like, ‘Oh, he went there. A guy that looks like me did that. Fire.’ Hit him with the congrats, him and Ye hugged on the thing. I remember posting that as soon as it happened because I was like, “This is just so beautiful. Damn, he went there.” And what he was doing there, springing all these different worlds. And he had Lucien Clarke there and just all these people. And I was like, ‘This is so ill.’

“In 2019, it was when I decided, ‘Oh, dude. I think I’m going to do this le Fleur thing. And who really pushed me to do it was my boy Dev Hynes, Solange, and Virgil. And I was like, ‘Yo, man, I think I want to do this thing.’ Just make really nice stuff. It’s a separate world. I don’t know exactly, exactly what it is, but I know I want to make pants like this and pieces like this and trunks and just cool shit like this.

“‘Here. Give me a week,’ [he said]. Bro, he put me in contact with people in Italy and here and there, emails on calls, FaceTimes with people I don’t know, introducing me… And this was the week that I was going to say, ‘Hey, Virgil, what you helped me with, what you got me started with, what your helping hand did, I finally get to show you what you did.’ I was like, ‘Fuck.’ I wanted him here so bad to see like, ‘Hey, look what I did.’ Because I wanted him to just say, ‘Fire.’ And I wanted him to know.

“And I always go out of my way to whoever helped me or… I always go out of my way to say like, ‘No, you don’t understand. Thank you.’ And it was this week where I was going to finally send that invite and say, “Hey.” The next day, I was going to send an invite. Like, ‘Hey, I’m doing something this week. Come see.’ Because he helped me get this here, this material, this sweater is because of him. And I’m just like…All this shit is…I’m just like, ‘Dude, fuck.’

“But now, I just got to go super duper…Because he was about ideas and things like that. So now, it’s like, ‘Okay, I just got to keep pushing it forward.’ And he was always so supportive, playing Igor and Call Me If You Get Lost on his stuff. We would share ideas and just random stuff. It was a few days before I talked to him. I was like, ‘Man, the LV Human Made shit’s my favorite. That red and white hat.’ And he was like, ‘No, I’m going to make that one for you.’ Because I love fuzzy hats and it was that.

“He went out of his fucking way for everyone. It even took me a while to realize that. And the relationship we had over the last two years was just so sick. The stuff that I could just share with him. Oh, we could even talk about this, being as dark as we are. That’s just so sick. I just think he would’ve fucking loved this, but he’ll be here in spirit. And I’m just happy that this could exist knowing that he helped me push this forward. For real.

“[He was] good-hearted. I remember being weird. Like, ‘Why he fuck with everybody?’ Years ago. Not in a bad way, but I couldn’t—my hating, pretentious ass couldn’t fathom that someone could have such an open heart like that. And it took me a while to understand that. And I’m just like, ‘You are actually a fucking angel. You’re an angel, bro.’ He left his imprint. He did that. He did that. He a giant. I mean, that’s a giant. He did that. Did it.” 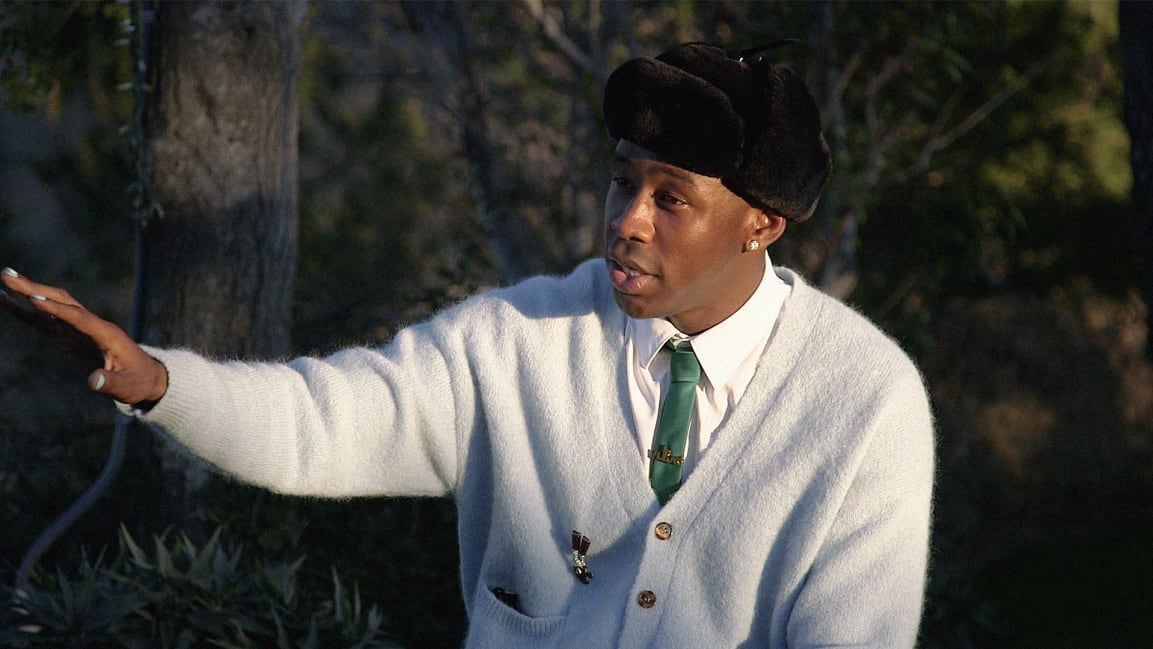