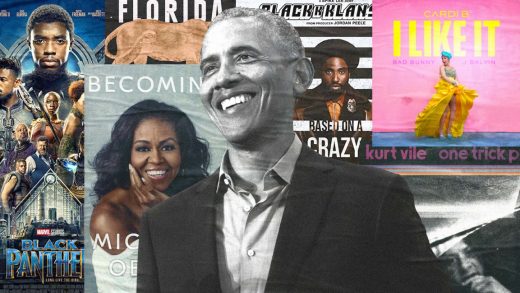 Here are Barack Obama’s favorite books, movies, and songs from 2018

Barack Obama may be out of the White House, but he is continuing a few traditions. The former president–and current most admired man in the U.S.– took to social media on Friday to share a few of his favorite things, including Black Panther and BlacKkKlansman, songs from Cardi B and Kurt Vile, and books by Lauren Groff and Esi Edugyan. Of course Becoming, the memoir by his wife, Michelle Obama, was at the top of the list. (“Obviously my favorite!” he wrote).

The president’s list of favorite books, movies, and music crosses all genres and interests and includes both well-known artists and authors, as well as some who may have flown under the radar. All in all, the lists prove, once again, that Obama has pretty impeccable taste when it comes to culture.

Highlights from his list of favorite books of 2018 include:

American Prison by Shane Bauer
Arthur Ashe: A Life by Raymond Arsenault
Florida by Lauren Groff
Life 3.0: Being Human in the Age of Artificial Intelligence by Max Tegmark
Washington Black by Esi Edugyan

His favorite movies from 2018 include:

And finally, his favorite songs released in 2018 include:

“Apes••t” by The Carters
“Could’ve Been” by H.E.R. (feat. Bryson Tiller)
“Disco Yes” by Tom Misch (feat. Poppy Ajudha)
“I Like It” by Cardi B (feat. Bad Bunny and J Balvin)
“Make Me Feel” by Janelle Monáe
“Mary Don’t You Weep (Piano & A Microphone 1983 Version)” by Prince
“Need a Little Time” by Courtney Barnett
“One Trick Ponies” by Kurt Vile
“Wow Freestyle” by Jay Rock (feat. Kendrick Lamar)
Also, one classic album: The Great American Songbook by Nancy Wilson, in honor of the great jazz singer, who passed away this year.

Check out the full list here and start filling up your library holds and Spotify queue, and also cross your fingers that the films come to Netflix. 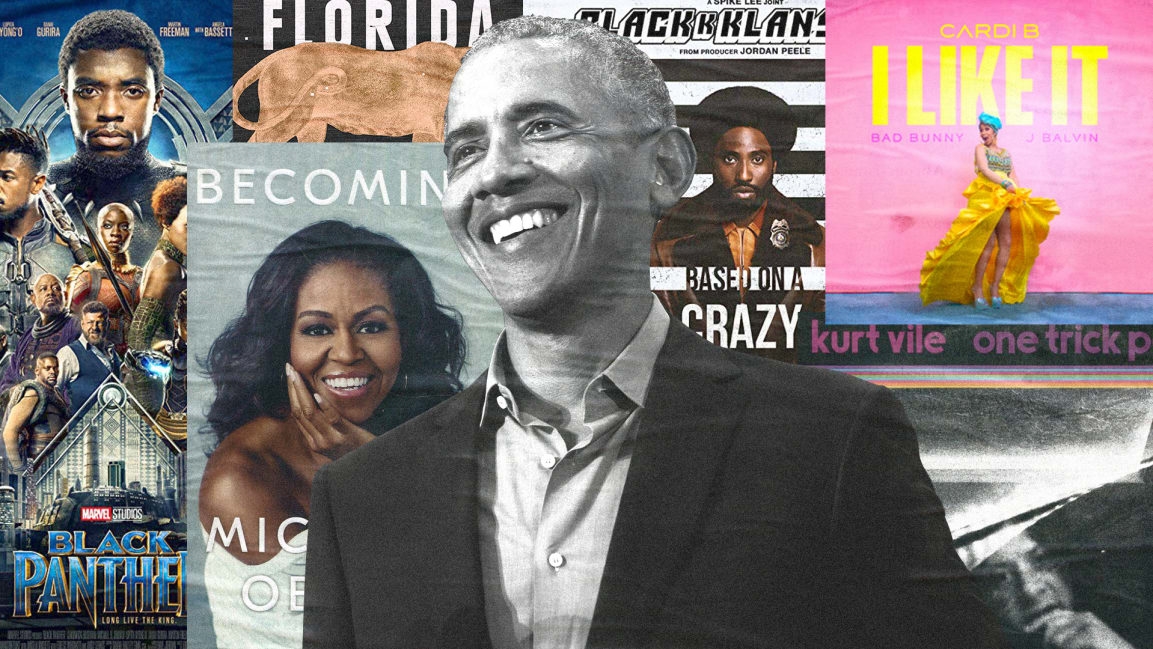