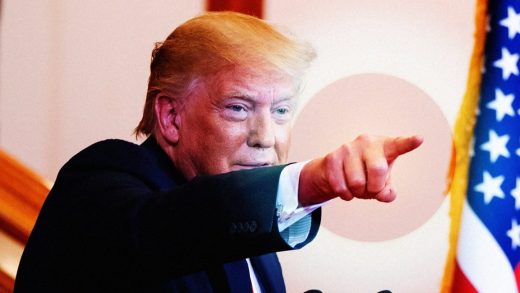 One of the many hallmarks of President Trump’s leadership style is that the buck always stops anywhere but here.

To hear the president describe it, nothing negative has ever been his fault. In fact, there isn’t even a problem at all, you’ve got it all wrong: everything is fine. Are economists speculating about an impending recession? “Consumers are in the best shape ever, plenty of cash.” Are children worried about being killed in school following a string of recent mass shootings? “My message to young children going back to school is go and really study hard . . .  They have nothing to fear, they have nothing to worry about.”

If a problem is so undeniably obvious that the League of Extraordinary Brain Geniuses on Fox News even has to acknowledge it, though, that’s when Team Trump scrambles into action to foist the blame elsewhere. The California wildfires that make his climate change denialism appear catastrophically dangerous are actually due to forest mismanagement. The many cabinet members who have had to resign over misuse of funds have nothing to do with his poor hiring decisions or a culture of clear corruption, but rather the individuals themselves, and only them.

Of all the targets Trump tends to point his famously stubby finger at, though, his number one has to be the media. For anyone living under a rock for the past few years, in which case please DM me immediately about subletting your rock, Trump considers any media that doesn’t constantly Smithers him “the enemy of the people.” It’s a way not only to deflect much-merited criticism but to create an informational environment in which supporters can only trust the source himself and the pro-Trump clippings he surfaces at all times. Furthermore, his castigation of unfavorable news as nothing but lies provides a convenient scapegoat for anything at all that goes wrong.

Since few things seem to be going right at the moment, here is an incomplete list of some of the things Trump has lately blamed on Fake News Media.

An economy apparently on the verge of a recession

The Fake News Media is doing everything they can to crash the economy because they think that will be bad for me and my re-election. The problem they have is that the economy is way too strong and we will soon be winning big on Trade, and everyone knows that, including China!

How can it be possible that James Woods (and many others), a strong but responsible Conservative Voice, is banned from Twitter? Social Media & Fake News Media, together with their partner, the Democrat Party, have no idea the problems they are causing for themselves. VERY UNFAIR!

The El Paso and Dayton shootings

The Media has a big responsibility to life and safety in our Country. Fake News has contributed greatly to the anger and rage that has built up over many years. News coverage has got to start being fair, balanced and unbiased, or these terrible problems will only get worse!

Escalation of U.S. feud with Iran

The Fake News Media is hurting our Country with its fraudulent and highly inaccurate coverage of Iran. It is scattershot, poorly sourced (made up), and DANGEROUS. At least Iran doesn’t know what to think, which at this point may very well be a good thing!

If I didn’t have the Phony Witch Hunt going on for 3 years, and if the Fake News Media and their partner in Crime, the Democrats, would have played it straight, I would be way up in the Polls right now – with our Economy, winning by 20 points. But I’m winning anyway!

….call the FBI about these calls and meetings? How ridiculous! I would never be trusted again. With that being said, my full answer is rarely played by the Fake News Media. They purposely leave out the part that matters.

I enjoyed my interview with @GStephanopoulos on @ABC. So funny to watch the Fake News Media try to dissect & distort every word in as negative a way as possible. It will be aired on Sunday night at 8:00 P.M., and is called, “President Trump: 30 Hours” (which is somewhat….

54% in Poll! I would be at 75% (with our great economy, maybe the best ever) if not for the Phony Witch Hunt and the Fake News Media!

Trump’s polling even when it’s not poor

Think what it would be without the 3 year Witch Hunt and Fake News Media, in partnership with the Democrats! https://t.co/KBtl7wde0F

So there you have it. Just some straight talk from the president who tells it like it is and who has never messed anything up even once. Dear lord, let’s all hope his no-mistake streak stays alive because judging from the past two and a half years, I don’t think we could survive it if Donald Trump began to biff it from time to time. 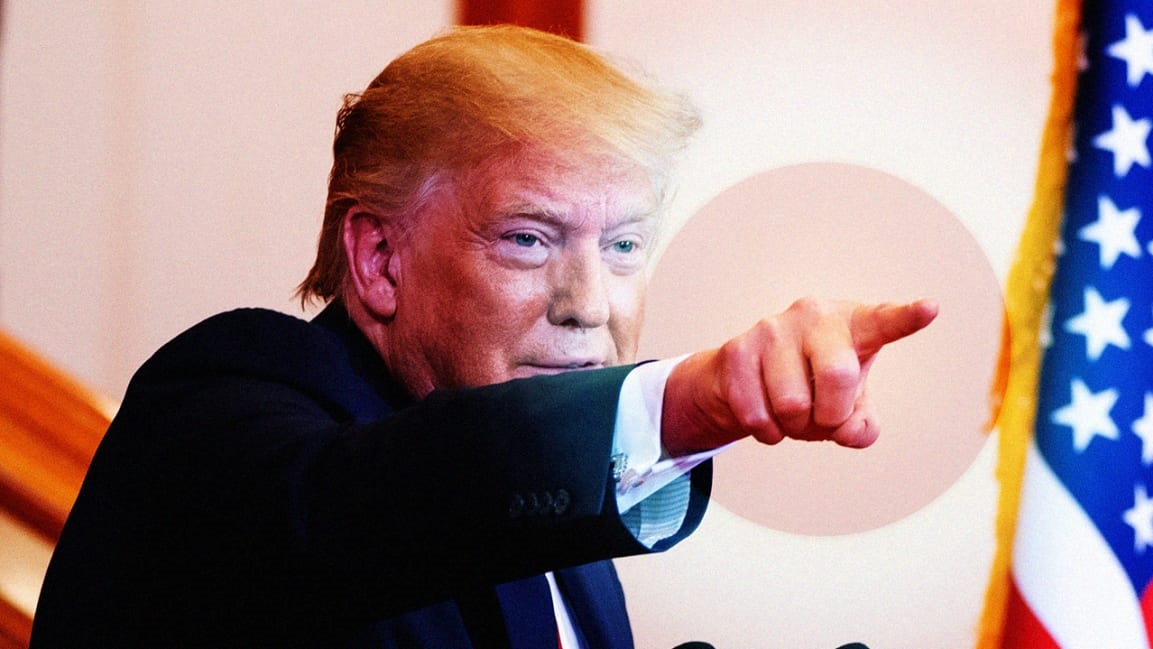