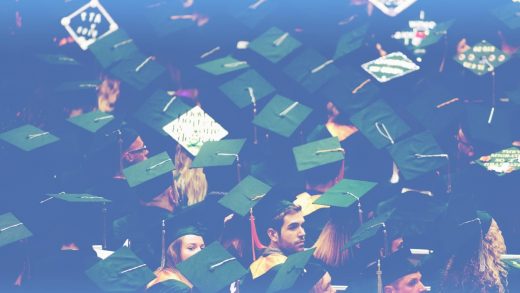 Once in a while you need a little uplift, and a commencement ceremony is a fine place for that. Yet a lot of the advice given to graduates, while totally sensible, is nevertheless obvious, abstract, cliché, or simply impractical.

And then, of course, there’s the advice that is downright bad. Here’s a look at all the graduation wisdom that missed the mark this year (sometimes by a little, sometimes by a lot) for various reasons.

Career coach Nella Gray Barkely delivered the commencement address at her alma mater, Sweet Briar College, a women’s liberal arts school in Virginia, where she informed 2018 grads that she’s “no raging feminist” and qualified her support for the victims who’ve called out perpetrators of sexual assault as part of the #MeToo movement. “I have little patience with the woman who arrives breathlessly at her boss’s hotel room for a so-called conference,” Barkley, who graduated in 1955, mused at the podium. “What did she think was going to happen?”

Elsewhere in her speech Barkley cautioned the women graduates that “it is you who makes the ground rules” in professional contexts, adding later that it’s “only natural for men from Mars to follow the shortest skirt in the room.” Needless to say, Barkely’s sentiments indulge in victim blaming despite her attempt to give them an empowering spin. In this line of thinking, it’s what women do that matters most; men aren’t on the hook for their own behavior. Fortunately, we’re already seeing influential men push back against that idea.

“We reject the excuse that getting the most out of technology means trading away your right to privacy,” Apple CEO Tim Cook declared to Duke University graduates this spring, obviously referring to Facebook’s recent data-privacy travails. “So we choose a different path: Collecting as little of your data as possible. Being thoughtful and respectful when it’s in our care. Because we know it belongs to you. In every way, at every turn, the question we ask ourselves is not, ‘What can we do,’ but, ‘What should we do’.”

This is true-ish; Apple tracks very little about its users compared with Google and Facebook. Yet Cook’s high-mindedness is still somewhat hypocritical, as Fast Company’s Mark Sullivan pointed out recently, not least because Apple gladly hosts Facebook in the Apple Store with few red lights alerting users to slow down long enough to consider the privacy (and other) risks of spending oodles of time on Facebook, or on any other app, for that matter. “Apple is arguably in a better position than Google to bring about change,” Sullivan wrote, “because it can exert control over so many more (iOS) devices. Apple has a chance to be a leader on what’s allowable and what’s not.”

User-driven privacy controls aside, the fact is that the entire tech industry has catastrophically failed to protect ordinary users and major corporations alike from a constant onslaught of data breaches as the collateral cost of using its products. Cook shouldn’t get a free pass here, let alone score points. What’s more, commencement addresses shouldn’t be occasions for copping free PR, especially not on partly disingenuous terms. It’s exactly the type of sanctimony Cook displayed at Duke that is rightly turning people off to Silicon Valley’s accustomed pieties.

Lawyer, author, and foreign policy expert Anne-Marie Slaughter gave a thoughtful commencement address at Washington University in St. Louis, the theme of which was “renewal,” and “not just as a graduating class, but as a generation,” she said. “You are graduating at a moment of profound national division and political dysfunction. It is time to renew our politics, to mount a great wave of reform, as we did in the late 19th century, and re-create a system that can, in fact, enact the will of the majority and respect the rights of the minority.”

It was a stirring call for civic engagement that struck one false note at a crucial juncture: “Today, if you want to make positive change, do not leave Washington University for Washington, D.C.,” Slaughter urged. “Go back to your hometowns, state capitals, or bustling regional cities–your parents are really glad to hear me say that! Go to where you can participate in the reconnection of citizen action to positive public outcomes.”

Her point was clear: Restoring confidence in U.S. institutions will require bottom-up, grassroots-level work across the country. “That transmission belt is broken in our national politics,” Slaughter continued. “It cannot be repaired over the long distances of presidential and congressional elections. We must begin anew, step by step, if we are ever to rebuild public trust.”

She may well be right. But in making this case, Slaughter indulged in a populist trope that itself damages trust in government, continuing the long-standing Washington bashing that the most powerful elected officials in the U.S., especially President Donald Trump, continue to harness for disastrous ends. (As outgoing Senator Jeff Flake [R-AZ] told Harvard Law School grads recently, “Our presidency has been debased by a figure who has a seemingly bottomless appetite for destruction and division and only a passing familiarity with how the Constitution works.”)

It’s not that Slaughter should have let federal officials off the hook–far from it. But there’s a difference between knocking the federal government wholesale and holding the people within it to account. Slaughter is surely aware of this, as is clear from the rest of her address; better, then, had she urged the graduates to go “not just to Washington, D.C.” in order to repair that “transmission belt.” In the years ahead, we’ll need thoughtful, qualified, well-intentioned, empathetic leaders on municipal councils just as much as in Congress.

In fairness, the most objectionable part of Jim Cramer’s commencement address at Bucknell University this year was the shrill, borderline-unhinged delivery that has long been the CNBC host’s trademark. Recounting the period shortly after leaving Harvard, in 1977, in which he lived in the back of a Ford Fairmont with only a bottle of Jack Daniels and a .22-caliber handgun to keep him company as he struggled to break into journalism, Cramer recalled–more yelling than talking–“I believed in myself. I believed in my ability to conquer anything, characteristics that you must share with me regardless of your travails. I was no quitter.”

But after finally realizing he’d maxed out on solo perseverance, Cramer swallowed his pride and hit up his former classmates for help, who offered the “outpouring of support” he so badly needed. “It’s okay to fail, but it is not okay to quit,” Cramer concluded. “You have more strength within you, both physical and mental, than you know. But use it more wisely than I did, please.” It’s not a bad message, but like Slaughter’s, it’s regrettably black-and-white. Sometimes the best thing to do is to quit. In fact, career changers–who typically decide to quit after failing repeatedly–usually look back and wonder why they didn’t throw in the towel earlier.

There’s no shame in giving up after realizing that something just isn’t working out and it’s time to try something new, rather than try the same thing differently yet another time; you might even call it wise. Indeed, knowing when to quit is arguably a crucial career skill in a time of rapid automation and workforce volatility. Sticking around too long trying to succeed in one area could close off more fruitful opportunities in another.

Cramer’s second point, that “your classmates are your safety net,” is sensible enough: Networking is crucial to any career. But most smart college grads already know that. 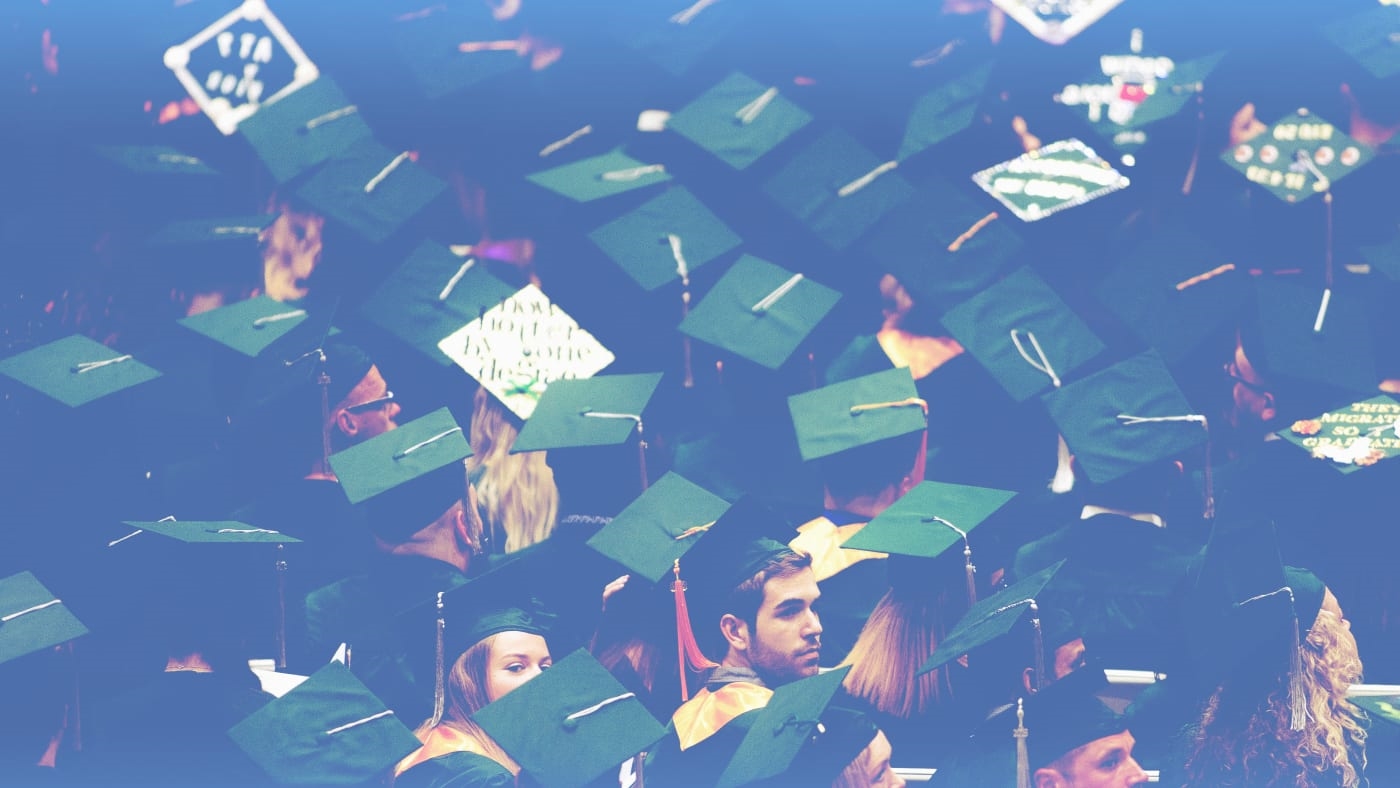