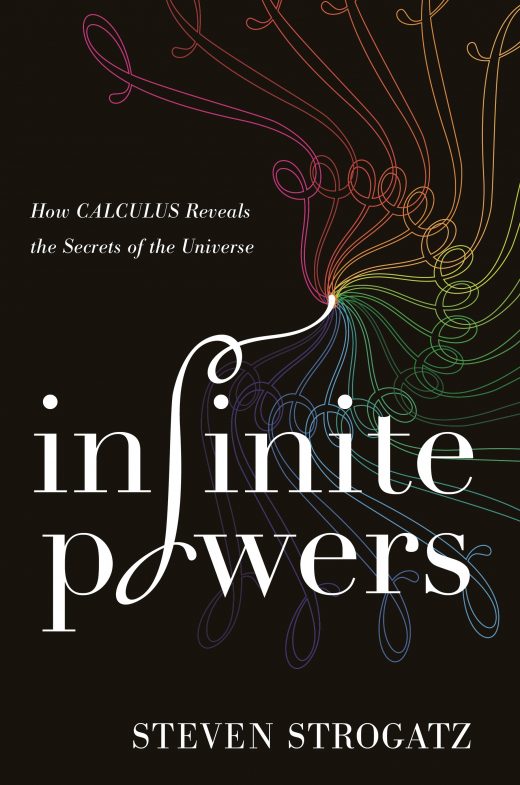 Hitting the Books: How calculus is helping unravel DNA’s secrets 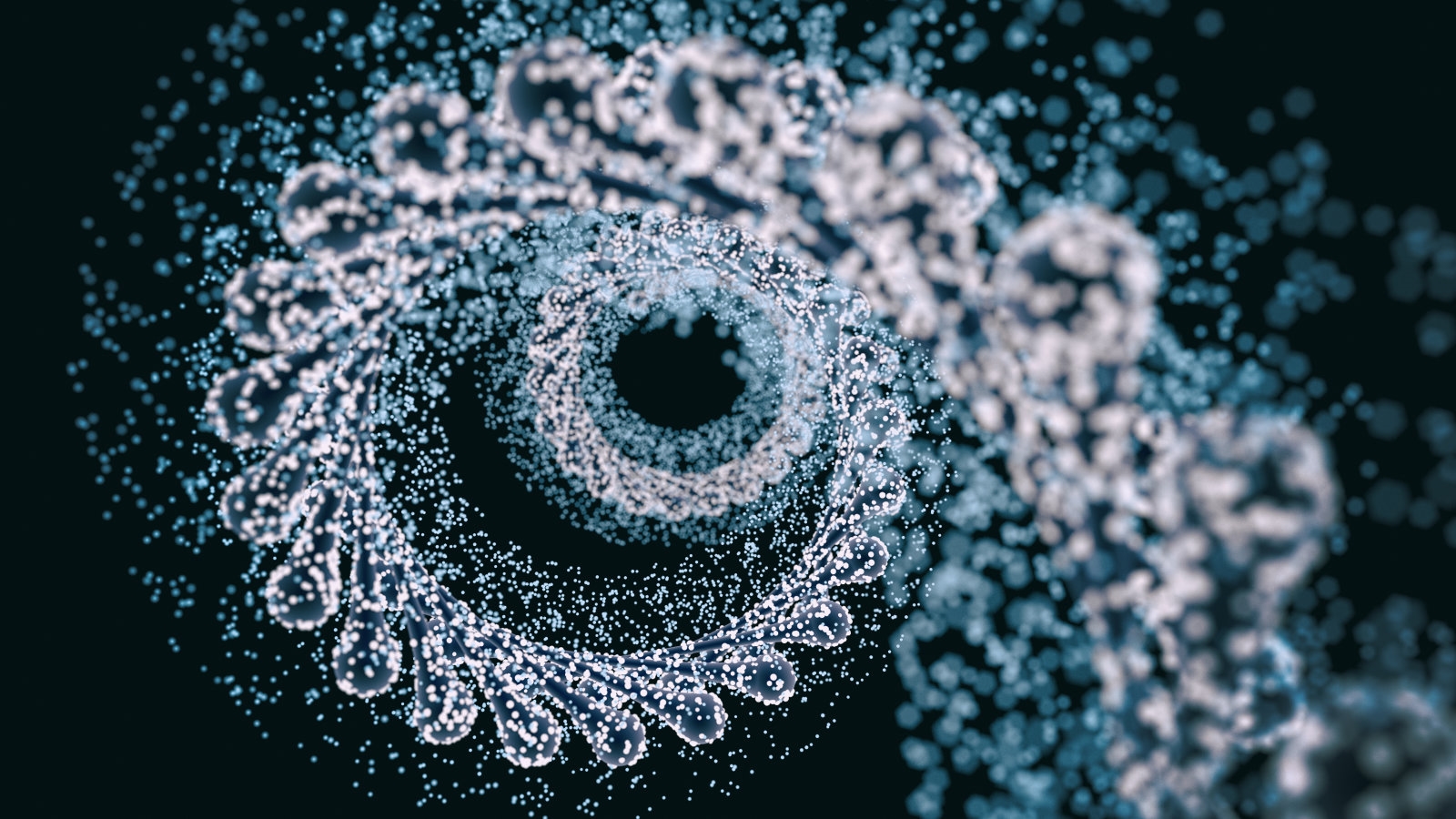 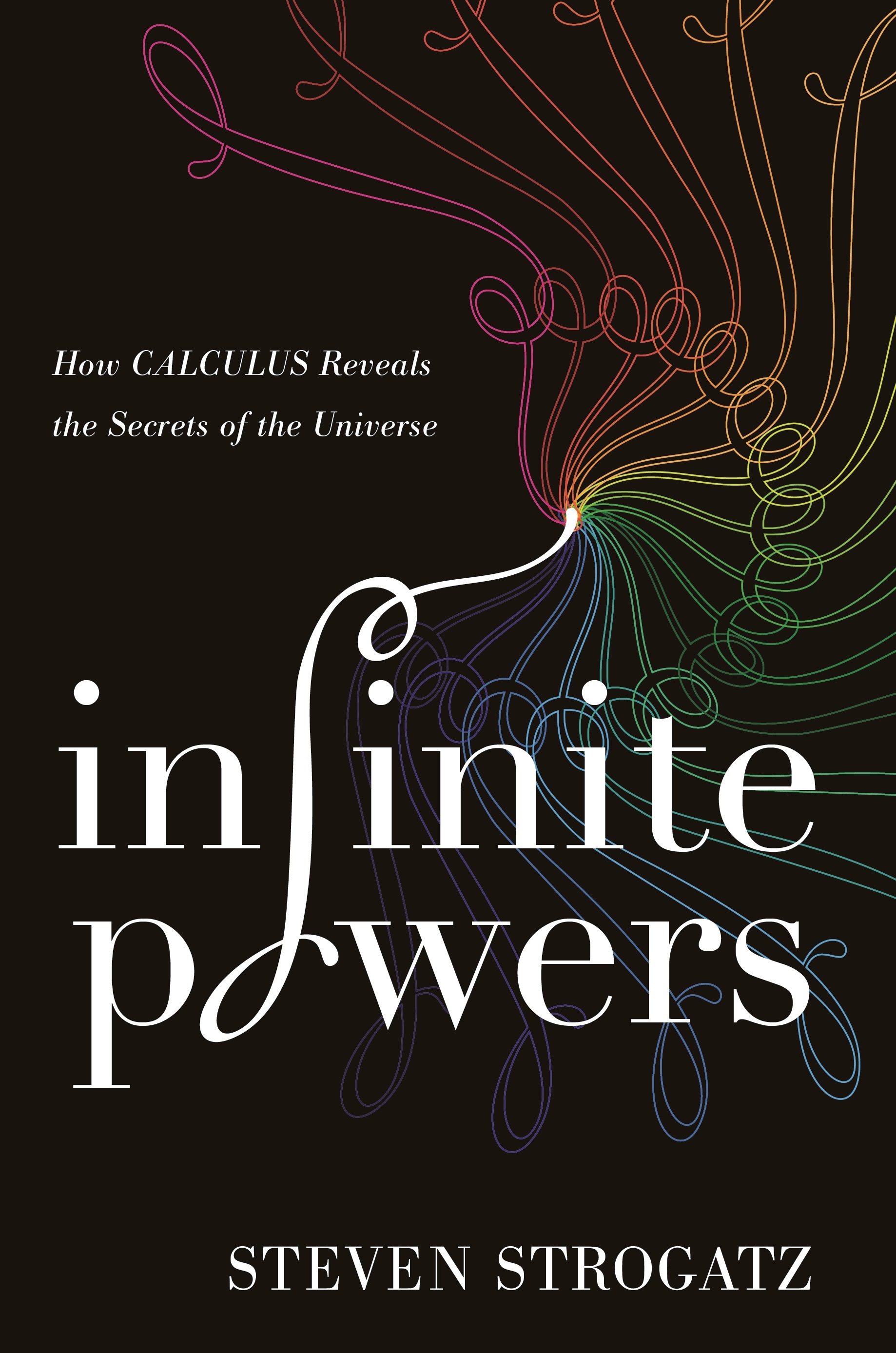 Calculus has provided humanity a window into the inner workings of the world around us since the fateful day Isaac Newton got conked by a falling apple. But we’ve only ever really applied these mathematical tools to our “hard” sciences, like physics or chemistry. Heck, we probably wouldn’t have discovered Neptune if not for calculus. That’s changed in recent years as the studies of between the discipline and big data, computer learning, AI, and quantum physics have increasingly overlapped.

In the excerpt from Infinite Powers: How Calculus Reveals the Secrets of the Universe below, author Steven Strogatz examines a novel application of calculus to the “soft” science of biology. Previously used to model how HIV spreads and overwhelms infected immune systems, calculus can now help researchers better understand the process by which nature manages to twist, fold and condense an entire double-helix strand of DNA into a package small enough to fit inside the nucleus of a cell.

Calculus has traditionally been applied in the “hard” sciences like physics, astronomy, and chemistry. But in recent decades, it has made inroads into biology and medicine, in fields like epidemiology, population biology, neuroscience, and medical imaging. We’ve seen examples of mathematical biology throughout our story, ranging from the use of calculus in predicting the outcome of facial surgery to the modeling of HIV as it battles the immune system. But all those examples were concerned with some aspect of the mystery of change, the most modern obsession of calculus. In contrast, the following example is drawn from the ancient mystery of curves, which was given new life by a puzzle about the three-dimensional path of DNA.

The puzzle had to do with how DNA, an enormously long molecule that contains all the genetic information needed to make a person, is packaged in cells. Every one of your ten trillion or so cells contains about two meters of DNA. If laid end to end, that DNA would reach to the sun and back dozens of times. Still, a skeptic might argue that this comparison is not as impressive as it sounds; it merely reflects how many cells each of us has. A more informative comparison is with the size of the cell’s nucleus, the container that holds the DNA. The diameter of a typical nucleus is about five-millionths of a meter, and it is therefore four hundred thousand times smaller than the DNA that has to fit inside it. That compression factor is equivalent to stuffing twenty miles of string into a tennis ball.

On top of that, the DNA can’t be stuffed into the nucleus haphazardly. It mustn’t get tangled. The packaging has to be done in an orderly fashion so the DNA can be read by enzymes and translated into the proteins needed for the maintenance of the cell. Orderly packaging is also important so that the DNA can be copied neatly when the cell is about to divide.

Evolution solved the packaging problem with spools, the same solution we use when we need to store a long piece of thread. The DNA in cells is wound around molecular spools made of specialized proteins called histones. To achieve further compaction, the spools are linked end to end, like beads on a necklace, and then the necklace is coiled into ropelike fibers that are themselves coiled into chromosomes. These coils of coils of coils compact the DNA enough to fit it into the cramped quarters of the nucleus.

But spools were not nature’s original solution to the packaging problem. The earliest creatures on Earth were single-celled organisms that lacked nuclei and chromosomes. They had no spools, just as today’s bacteria and viruses don’t. In such cases, the genetic material is compacted by a mechanism based on geometry and elasticity. Imagine pulling a rubber band tight and then twisting it from one end while holding it between your fingers. At first, each successive turn of the rubber band introduces a twist. The twists accumulate, and the rubber band remains straight until the accumulated torsion crosses a threshold. Then the rubber band suddenly buckles into the third dimension. It begins to coil on itself, as if writhing in pain. These contortions cause the rubber band to bunch up and compact itself. DNA does the same thing.

This phenomenon is known as supercoiling. It is prevalent in circular loops of DNA. Although we tend to picture DNA as a straight helix with free ends, in many circumstances it closes on itself to form a circle. When this happens, it’s like taking off your belt, putting a few twists in it, and then buckling it closed again. After that the number of twists in the belt cannot change. It is locked in. If you try to twist the belt somewhere along its length without taking it off, counter-twists will form elsewhere to compensate. There is a conservation law at work here. The same thing happens when you store a garden hose by piling it on the floor with many coils stacked on top of each other. When you try to pull the hose out straight, it twists in your hands. Coils convert to twists. The conversion can also go in the other direction, from twists to coils, as when a rubber band writhes when twisted. The DNA of primitive organisms makes use of this writhing. Certain enzymes can cut DNA, twist it, and then close it back up. When the DNA relaxes its twists to lower its energy, the conservation law forces it to become more supercoiled and therefore more compact. The resulting path of the DNA molecule no longer lies in a plane. It writhes about in three dimensions.

In the early 1970s an American mathematician named Brock Fuller gave the first mathematical description of this three-dimensional contortion of DNA. He invented a quantity that he dubbed the writhing number of DNA. He derived formulas for it using integrals and derivatives and proved certain theorems about the writhing number that formalized the conservation law for twists and coils. The study of the geometry and topology of DNA has been a thriving industry ever since. Mathematicians have used knot theory and tangle calculus to elucidate the mechanisms of certain enzymes that can twist DNA or cut it or introduce knots and links into it. These enzymes alter the topology of DNA and hence are known as topoisomerases. They can break strands of DNA and reseal them, and they are essential for cells to divide and grow. They have proved to be effective targets for cancer-chemotherapy drugs. The mechanism of action is not completely clear, but it is thought that by blocking the action of topoisomerases, the drugs (known as topoisomerase inhibitors) can selectively damage the DNA of cancer cells, which causes them to commit cellular suicide. Good news for the patient, bad news for the tumor.

In the application of calculus to supercoiled DNA, the double helix is modeled as a continuous curve. As usual, calculus likes to work with continuous objects. In reality, DNA is a discrete collection of atoms. There’s nothing truly continuous about it. But to a good approximation, it can be treated as if it were a continuous curve, like an ideal rubber band. The advantage of doing that is that the apparatus of elasticity theory and differential geometry, two spinoffs of calculus, can then be applied to calculate how DNA deforms when subjected to forces from proteins, from the environment, and from interactions with itself.

The larger point is that calculus is taking its usual creative license, treating discrete objects as if they were continuous to shed light on how they behave. The modeling is approximate but useful. Anyway, it’s the only game in town. Without the assumption of continuity, the Infinity Principle cannot be deployed. And without the Infinity Principle, we have no calculus, no differential geometry, and no elasticity theory.

I expect in the future we will see many more examples of calculus and continuous mathematics being brought to bear on the inherently discrete players of biology: genes, cells, proteins, and the other actors in the biological drama. There is simply too much insight to be gained from the continuum approximation not to use it. Until we develop a new form of calculus that works as well for discrete systems as traditional calculus does for continuum ones, the Infinity Principle will continue to guide us in the mathematical modeling of living things.