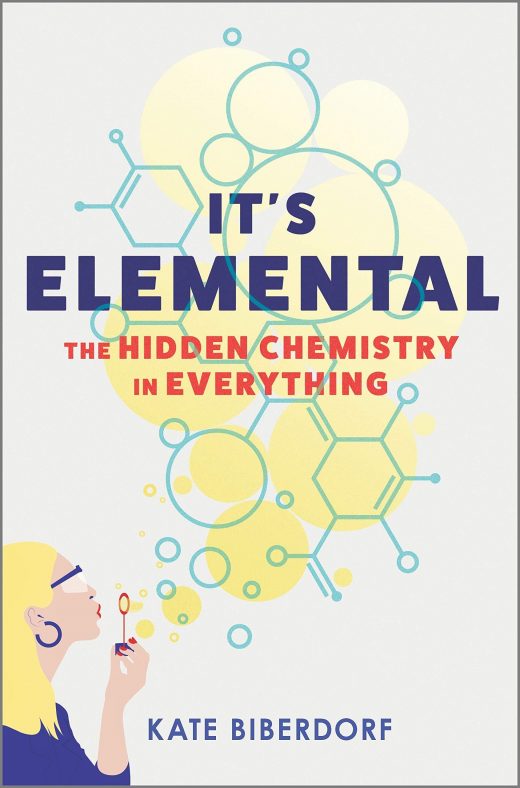 Hitting the Books: The correct way to make coffee, according to science

Hitting the Books: The correct way to make coffee, according to science

Who says chemistry can’t be delicious?

The best part of waking up is, of course, hot bean juice in your cup. But, as Dr. Kate “The Chemist” Biberdorf explains in her new book It’s Elemental, if you want to consistently enjoy the best cuppa joe you can craft — perfectly caffeinated and not too bitter — a bit math is necessary. And it’s not just coffee. Biberdorf takes readers on a journey through mundane moments of everyday life, illustrating how incredible they actually are — if you stop to examine about the chemistry behind them.

Coffee and tea are much more potent sources of caffeine than soda. In one cup of coffee, you are likely to ingest around 100 mg of caffeine, but it can be up to 175 mg with the right coffee beans and technique. The whole process of making coffee beans (and coffee itself) is pretty fascinating if you’ve never given it much thought. For example, espresso makers and percolators get the most caffeine out of lighter roasted beans, but the drip method is the best way to get the most trimethylxanthine from darker beans. However, in general, light and dark roast coffees typically have the same relative number of caffeine molecules in each cup of coffee (excluding espressos).

Let’s look at the roasting processes to determine why that is. When the beans are initially heated, they absorb energy in what we call an endothermic process. However, at around 175°C (347°F), the process suddenly becomes exothermic. This means that the beans have absorbed so much heat that they now radiate the heat back into the atmosphere of the roasting machine. When this happens, the settings have to be adjusted on the equipment, in order to avoid over-roasting the beans (which sometimes results in burnt-tasting coffee). Some roasters will even toggle the beans between the endothermic and exothermic reaction a couple of times, to achieve different flavors.

Over time, roasting coffee beans slowly change from green to yellow, and then to a number of different shades of brown. We refer to the darkness of the bean as its “roast,” where the darker roasted coffee beans are much darker in color than the lighter roasted beans (surprise, surprise). Their color comes from the temperature at which they are roasted. Lighter beans are heated to about 200°C (392°F) and darker roasted beans to about 225–245°C (437–473°F).

But just before the beans start to, for lack of better words, lightly roast, the coffee beans go through their first “crack.” This is an audible process that occurs at 196°C (385°F). During this process, the beans absorb heat and double in size. But since the water molecules evaporate out of the bean when under high temperatures, they actually decrease in mass by about 15%.

After the first crack, the coffee beans are so dry that they stop readily absorbing heat. Instead, all of the thermal energy is now used to caramelize the sugars on the outside of the coffee bean. This means that the heat is used to break the bonds in the sucrose (sugar) into much smaller (and more fragrant) molecules. The lightest roasts—like cinnamon roast and New England roast—are heated just past the first crack before being removed from the coffee roaster.

There is a second crack that occurs during the roast, but at a much higher temperature. At 224°C (435°F), the coffee beans lose their structural integrity, and the bean itself starts to collapse. When this happens, you can usually hear it by a second “pop.” Dark roasts are typically categorized by any beans that have been heated past the second crack—like French and Italian roasts. In general, due to the hotter temperatures, darker beans tend to have more of their sugars caramelized, while lighter beans have less. The variation in flavor due to these methods is wild, but it doesn’t really affect how they react in the body— only the taste.

Once you purchase your perfectly roasted coffee beans, you can do the rest of the chemistry at home. With an inexpensive coffee grinder, you can grind up your coffee beans to a number of different sizes, which will definitely affect the taste of your morning coffee. Small, fine grinds have a lot of surface area, which means the caffeine (and other flavors) can be extracted from the miniaturized coffee beans with ease. However, this can often result in too much caffeine being extracted, which gives the coffee a bitter taste.

On the other hand, coffee beans can be coarsely ground. In this instance, the insides of the coffee beans are not exposed to nearly the same degree as finely ground coffee beans. The resulting coffee can often taste sour—and sometimes even a little salty. But if you partner up the correct size of coffee grounds with the appropriate brewing method, you can make yourself the world’s best cup of coffee.

The simplest (and easiest way) to brew coffee is to add extremely hot water to coarse coffee grounds. After they have soaked in the water for a few minutes, the liquid can be decanted from the container. This process, called decoction, uses hot water to dissolve the molecules within the coffee beans. Most current methods of coffee brewing utilize some version of decoction, which is what allows us to drink a cup of warm coffee instead of chomping on some roasted beans. However, since this method does not contain a filtration process, this version of coffee—affectionately referred to as cowboy coffee—is prone to having coffee bean floaters. For that reason, it’s usually not the preferred brewing method.

By the way, did you notice that I was avoiding the term boiling? If you’re trying to make halfway decent cup of coffee, the hot water should never actually be boiled. Instead, the ideal temperature of the water is around 96°C (205°F), which is just below boiling (100°C, 212°F). At 96°C, the molecules that provide the aroma of coffee begin to dissolve. Unfortunately, when the water is just four degrees hotter, the molecules that give coffee a bitter taste dissolve as well. That’s why coffee nerds and baristas are so obsessed with their water temperature. In my house, we even use an electric kettle that allows us to select whatever temperature we want our water to be.

Depending on how strong you like your coffee to taste, you may be partial to the French press or another steeping method. Like cowboy coffee, this technique also soaks the coffee grounds in hot water, but these grounds are a little smaller (coarse versus extra coarse). After a few minutes, a plunger is used to push all of the grounds to the bottom of the device. The remaining liquid above the grounds is now perfectly clear and deliciously tasty. Since the coarse coffee grounds are used in this method, more molecules can dissolve in the coffee solution, providing us with a more intense flavor (compared to cowboy coffee).

Another technique: when hot water is dripped over coffee grounds, the water absorbs the aromatic molecules before dripping into the coffee mug. This process, appropriately called the drip method, can be done manually or with a high-tech machine, like a coffee percolator. But sometimes this technique is used with cold water, which means that the fragrant, aromatic molecules (the ones that give your coffee its distinctive smell) cannot dissolve in the water. The result is called Dutch iced coffee, a drink that is ironically favored in Japan, and takes about two hours to prepare. 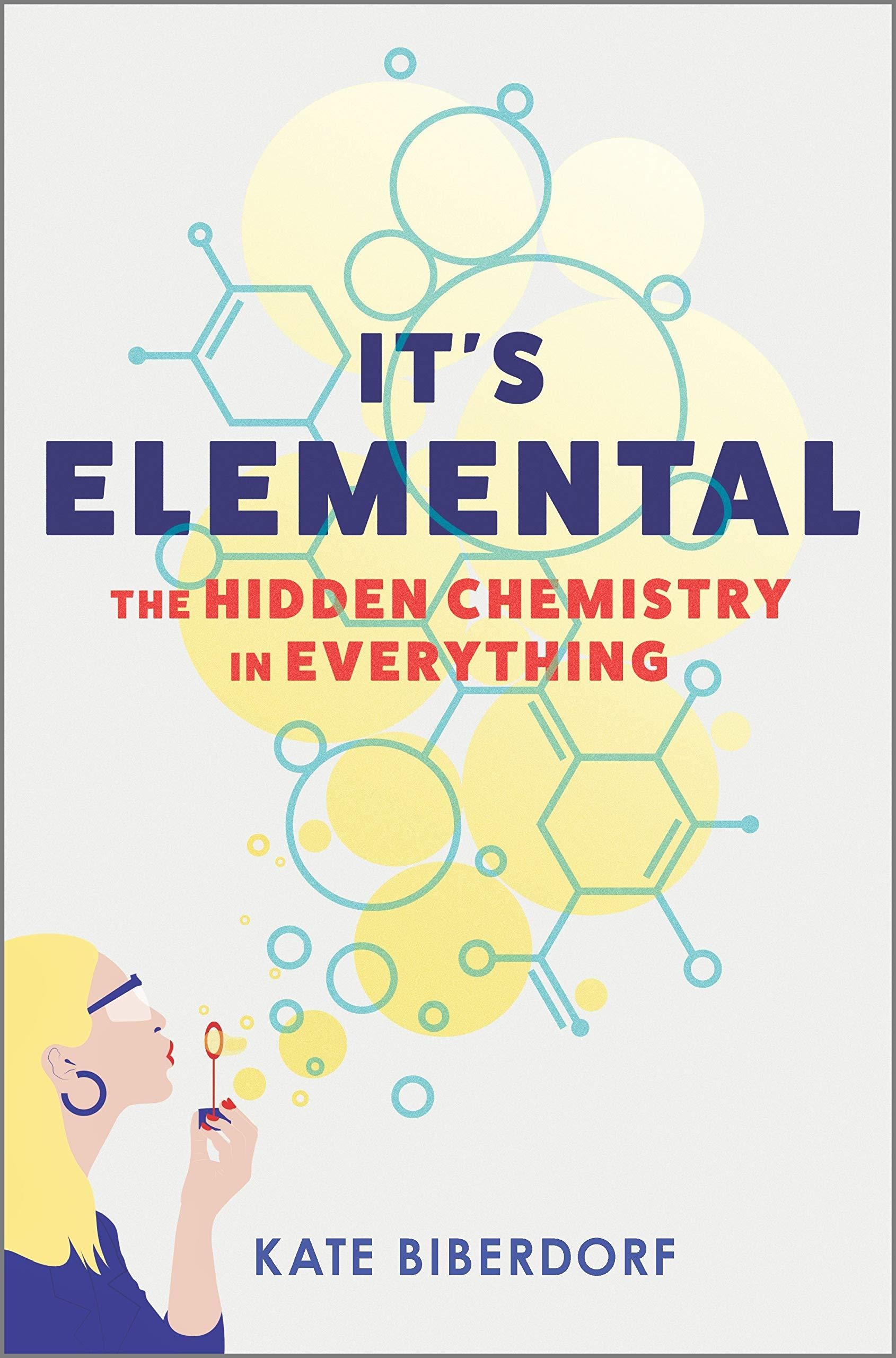