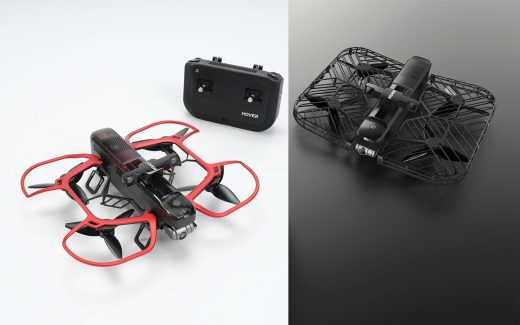 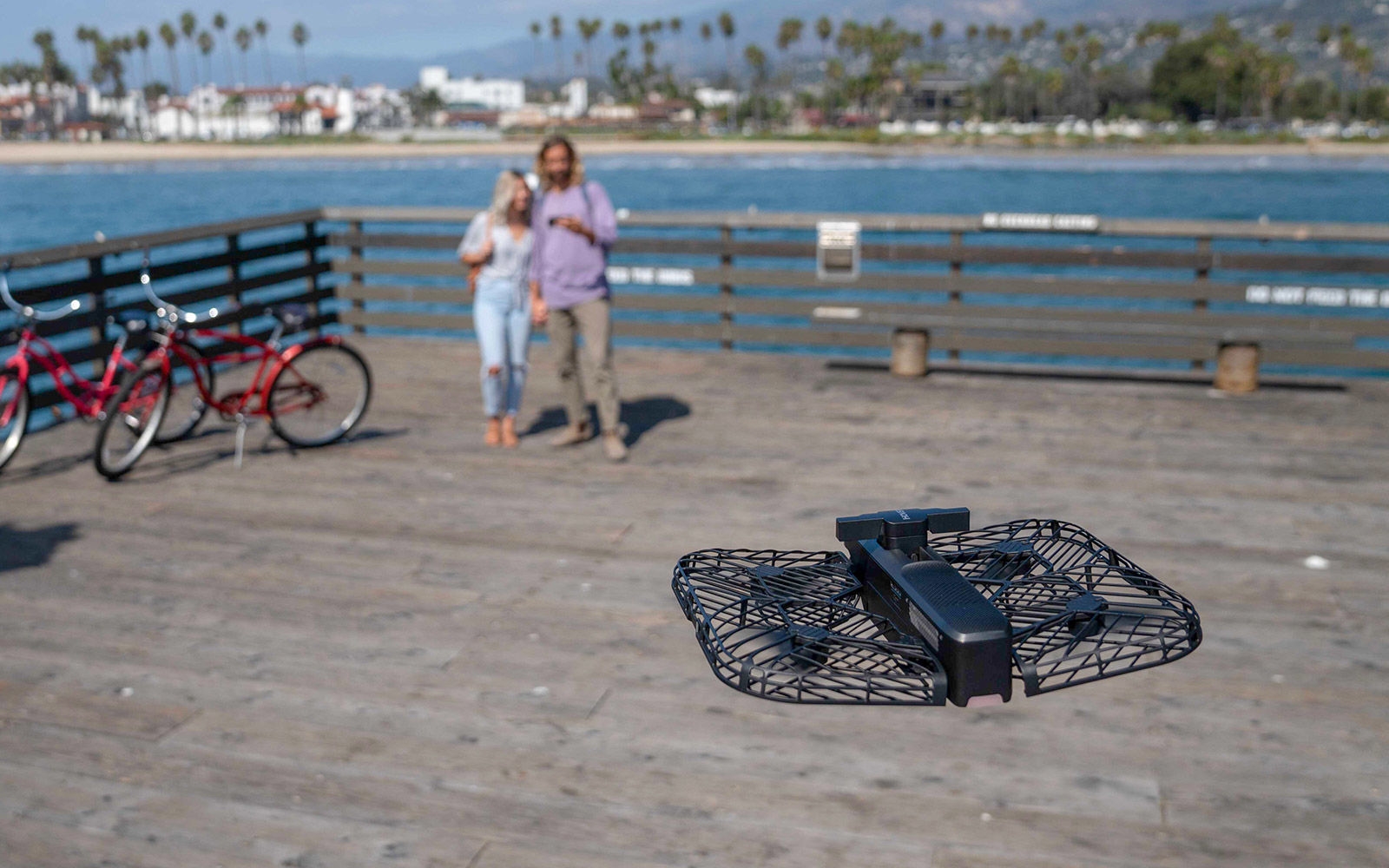 The Hover Camera Passport foldable drone made quite the impression when it first launched a little over two years ago, and then it received a major update in April last year, which added a smartphone-free mode that automatically tracks and records its owner. Save for the rumored Snap acquisition deal (which Zero Zero Robotics still denies today), we had barely heard from the drone maker since then, but today it’s back with a surprise announcement: The launch of its second selfie drone, Hover 2. 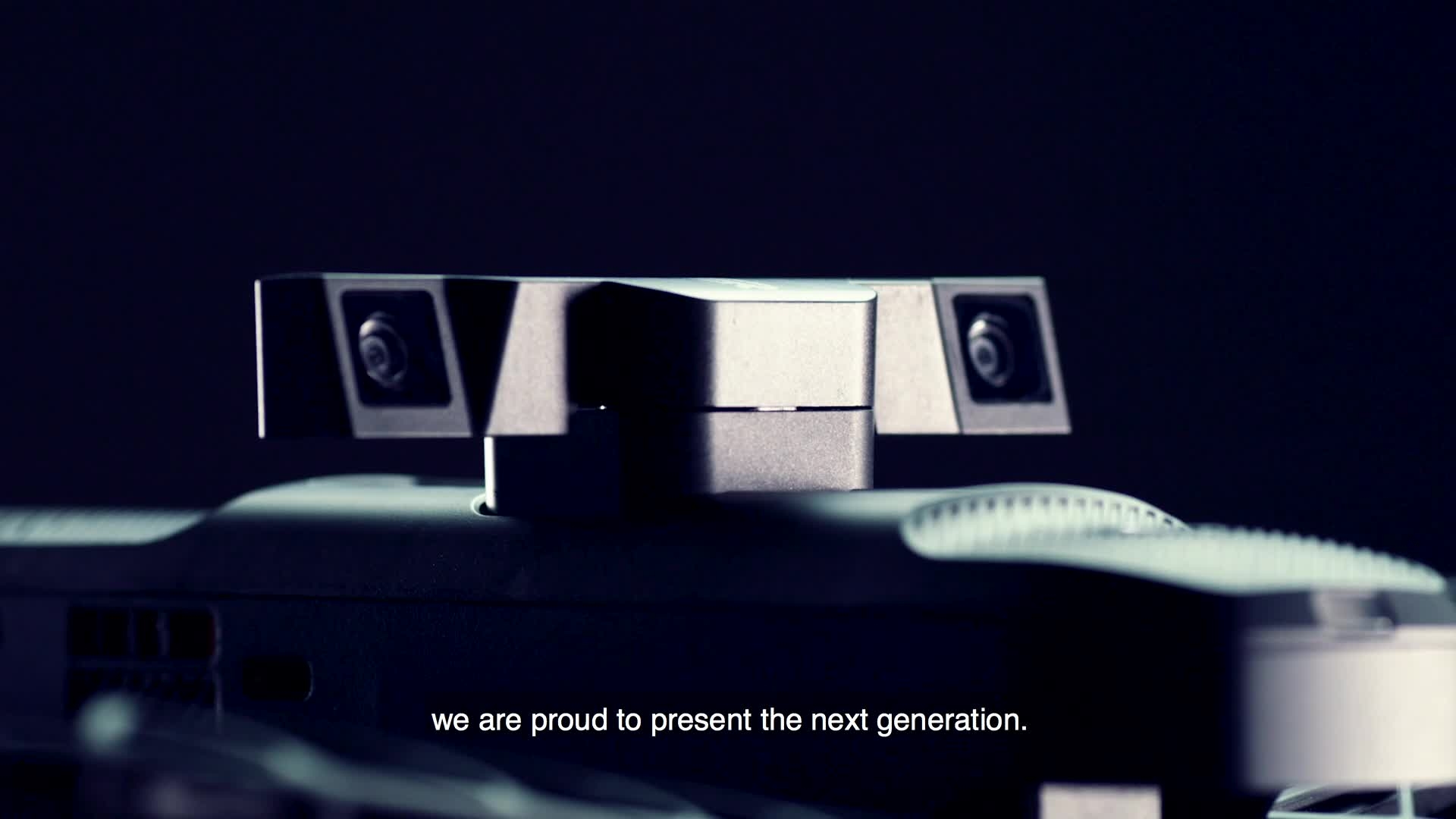 As you’d expect, the Hover 2 has inherited all the best bits of the Passport, especially its small foldable form factor, sturdy carbon fibre cage enclosure, Qualcomm Snapdragon processor (model not specified but it’s “four times more powerful than” before), 4K 30fps video capture, face tracking and body tracking. The two drones look similar from afar, though the newer model benefits from more than double the original flight time, jumping from a mere 10 minutes to 19 minutes (but maximum flight time is 23 minutes; more on that later). This may explain the heavier weight of 490 grams or about 1.1 pounds — almost twice as much as before.

When switched on, you’ll notice a new major feature on the Hover 2: Its swiveling “Optical Radar” that pops out of the top of the body. Thanks to this module’s stereo cameras, the drone gets depth perception for obstacle avoidance in any travelling direction — a bit like Skydio’s R1, but with far fewer sensors and in a more portable form factor (and of course, it’s much cheaper, too). So yes, this “radar” does 360-degree rotation, and when utilized by the drone’s SLAM 3D mapping, Visual Inertial Odometry plus path planning features, this obstacle detection is good for distances of up to 10 meters, and at speeds of no faster than 7 m/s. In other words, the machine can automatically fly sideways and even backwards with much lower risk, while its main camera continues to film the subject. Like before, there’s also downward obstacle detection to protect the belly side as well.

Another benefit provided by this “Optical Radar” is the enhanced subject tracking. Thanks to some A.I. smarts baked into the Snapdragon chip, the Hover 2 is able to use all three cameras to track its moving target with a higher precision, to the point where it’s even able to predict the path when the target is temporarily out of sight. It’s also able to tell the person’s distance, and whether it’s looking at the person’s front or back side. This is pretty impressive for such a compact drone, but of course, I’ll believe it when I get to finally try it myself at some point.

The main camera alone has also received a physical upgrade. Not only does it feature a new 12-megapixel 1/2.3-inch sensor with improved image quality, but the entire camera is now suspended on a 2-axis gimbal with a pitch range of -90 degrees to zero degrees. This is further supported by electronic image stabilization which was already on the Passport. For storage, the Hover 2 has ditched the original 32GB of internal space in favor of microSD expansion of up to 128GB, though you still get 8GB of internal memory to get things started. Also new is RAW photo capture, but video is still limited to MP4. 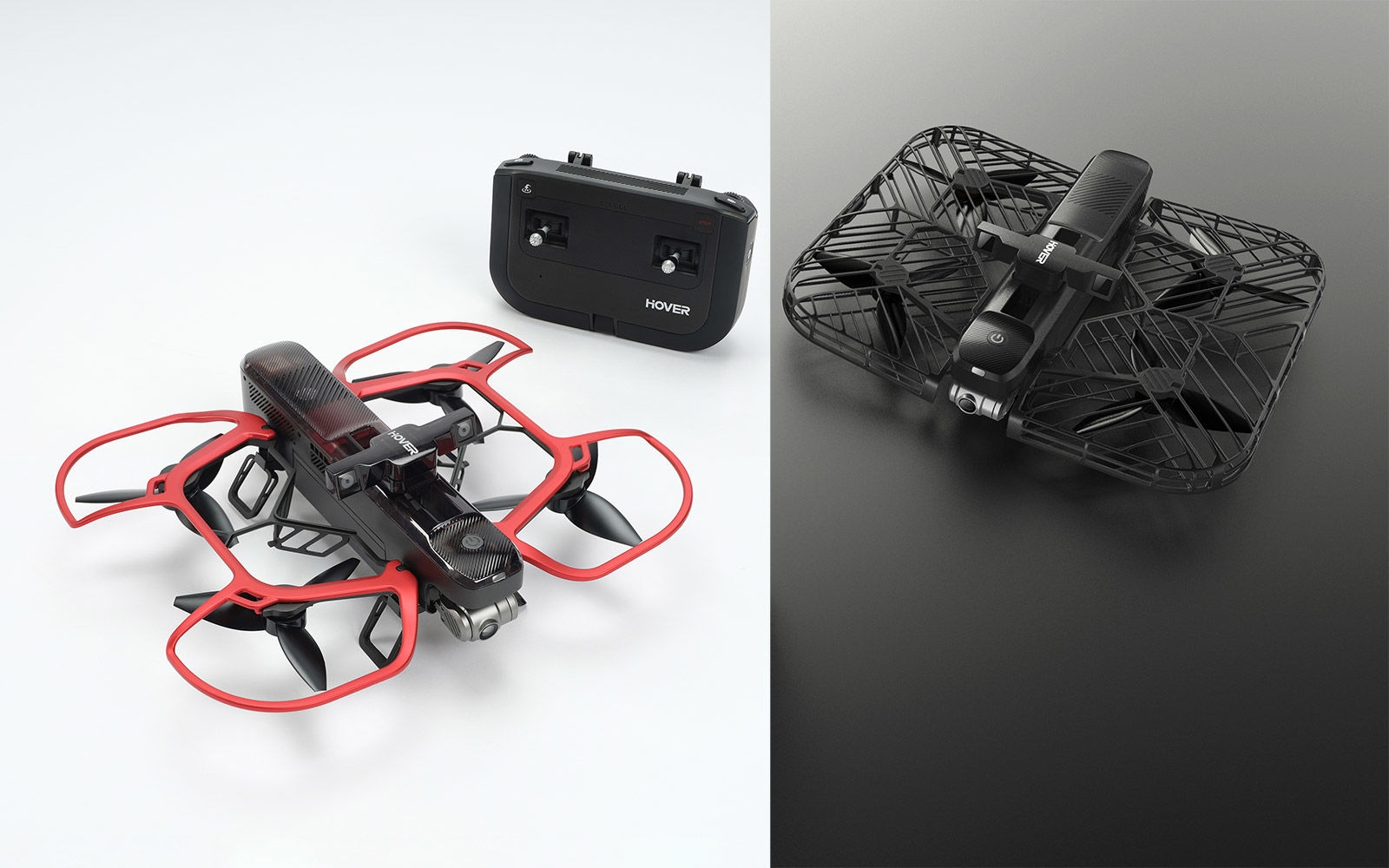 As awesome as the cage design is, one of its downsides is that it doesn’t do so well even with a bit of wind. I first noticed this problem when I took my Passport to the seaside in Okinawa two years ago. To tackle this, the Hover 2 lets you slide its cages off to put on the propeller guards and landing gear — all of which are included even in the standard bundle. This lets the drone fly at up to 16 m/s and withstand wind at up to Force 5, while also extending the maximum flight time from 19 minutes to 23 minutes.

In addition to smartphone control via WiFi, the Hover 2 also has two optional controllers. There’s the “Palm Pilot” (not to be confused with the PDA) which lets you operate the drone plus its main functions with a single hand, and it even has a tiny LCD for live view. The more advanced users will want the BlastOff controller, which extends the flying range from the Palm Pilot’s 100m (about 330 feet) to a whopping 5km (about 3 miles), and it’s good for 80 minutes on a single charge — just five minutes shy of the Palm Pilot’s rating.

Since the Hover 2 is pitched as an autonomous selfie drone, it naturally comes packed with photography and videography tricks. Building on top of the Passport’s orbit and 360 spin video capture modes, the Hover 2 takes one step further with “TrackShots,” a set of predefined flight paths including “surge,” “ricochet,” “reveal” and the old “orbit” to offer professional-looking video shots. Better yet, you can use one of the cinematic themes in the app to apply different filters and music before sharing on social platforms. Similarly, for still shots, you can choose one of the four “AutoFrames” in the app to get either a full-body shot, waist-up shot, birds-eye shot or a backdrop shot. The drone will simply fly into position to do its job at the click of a button.

Based on Zero Zero Robotics’ claims, the Hover 2 is shaping up to be one of the most ambitious yet intuitive consumer drones in recent times, and it’s not afraid to go head to head with the biggest player out there. “While DJI is dedicated to the needs of professional photographers and hardcore tech gadget fans, Hover’s mission is to make aerial photography more accessible to everyday lifestyle-driven users who just want to take better photos at more ease,” CEO MQ Wang told Engadget.

The Hover 2 is also priced aggressively, starting from $399 on Kickstarter this time; though its future $699 retail price is also not bad when compared to the Passport’s initial $599 price point. Still, I’m slightly bummed that there was no early hands-on opportunity this time round, but assuming that Wang and his team are working hard on fine-tuning the drone’s various tracking features, I’m happy to wait a little longer.