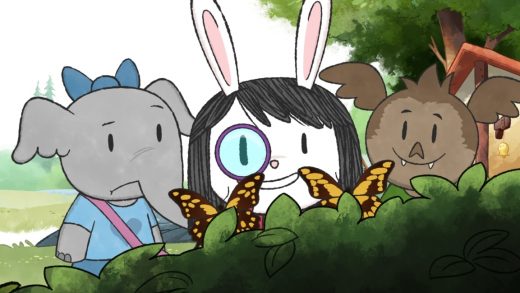 Parents of children between the ages of 3 and 6 looking to supplement their children’s education this fall will have a new option starting September 7, with Elinor Wonders Why joining the PBS Kids lineup.

Elinor Wonders Why is a STEM-based cartoon series created by Daniel Whiteson, a physicist and astronomer, and Jorge Cham, a cartoonist and robotics engineer. They’re both parents of small children, so they understand how to encourage curiosity through science and how to break down complex concepts.

Cham and Whiteson have been partners for years, working together on PhD Comics, which is a webcomic, YouTube, and podcast universe dedicated to PhD student humor. Linda Simensky, head of content for PBS Kids, had been a fan of their work, and when the opportunity to create a preschool science show that focuses on biomimicry came up, she figured they’d be great for the job.

“Biomimicry is basically taking things that you learn in nature and in the outdoors and in the natural world, and using them for inventions and for innovation science,” says Simensky. “The classic example that they use in the pilot is how Velcro was designed. Basically, it was inspired by someone getting burdock stuck to his pants, and that’s what inspired Velcro, so that’s the classic example of finding something in nature that solves a problem that you need to solve in real life.”

Elinor Wonders Why centers around Elinor (named after Cham’s daughter), a curious and observant rabbit living in Animal Town who goes on various adventures. In the upcoming premiere, Elinor plays hide-and-go-seek with her friends and finds out how animals hide in nature. She investigates an odd nighttime sound made by an owl and realizes how fascinating other creatures in nature are as she explores colors, sights, sounds, and other concepts that can be applied to everyday life.

Fast Company caught up with Linda Seminksy, Jorge Cham, and Daniel Whiteson to chat about their journey of breaking down science and encouraging curiosity for preschoolers.

Fast Company: Linda, talk about your excitement in bringing Jorge and Daniel on board.

Linda Seminsky: I’m usually not talking to scientists. I’m usually talking to people who have made a career out of creating shows for kids, and it’s like they love making shows but the science pieces often are a struggle for them. Jorge and Daniel were like, “One of our big things is talking about science to people and making science understandable to regular people because it turns out a lot of people are interested in it. They just don’t understand it.”

They got pretty excited about the idea of sharing this topic that they love with an audience that they really like. They both have younger kids, and they both got very interested in this, and I knew I would like the design, because I like Jorge’s art styles, and when they turned in the pitch, I was like, “Wow this is really perfect!” . . . . It’s not a big high-concept, hard-to-understand thing. It’s very straightforward. It’s very easy for kids to get, and it’s really sweet, and it’s cute, and it really knows that science . . . . I like the way the characters interact, and I like that there’s a lot of humor in it, and the teachers and the adults in it are often sunny, as well as the kids. It came together really nicely, and I think there was a certain beauty in experimenting and working with people outside the industry to put this together.

FC: Jorge and Daniel, how much fun with your skills had you been having with your children before this and how did that come in handy for the show?

Jorge Cham: My daughter, Elinor, was four when we started developing the show, and she definitely loves to wonder why and ask questions. Like all kids, there’s so much they don’t know and are curious about. We definitely did—and still do—love to sit around and draw and design things and come up with stories. Definitely talking with them and learning to speak their language and what they find fun has been incredibly helpful to making the show. Making the show has also been a great experience to share with them. Sometimes, they even contribute ideas.

Daniel Whiteson: My kids are naturally curious, and I am always talking science with them. We tried to model the behavior of the adults in the show after how we talk to our kids about science—not just acting like a vending machine for facts, but turning the question back to them, asking, “What do you think?” or “How would you figure it out?” so we can explore it and discover the answers together.

FC: Why did you decide to go with animals as the “people” in this universe?

JC: We think there’s something fun and creative about an animal world that makes the characters appealing but also relatable at the same time to young kids.

DW: Having a diverse crew of young animals also lets us highlight their range of skills and abilities.

FC: Describe the overall process of “dumbing down” highly sophisticated content for a younger audience. Was it harder than you thought?

JC: There was definitely a learning curve, but fortunately everyone at PBS, our team of science and education specialists have been great collaborators and guides. We don’t really believe in the phrase “dumbing down.” We typically think anything is explainable if you pay enough attention to making it relatable, accessible, and appropriate for the audience.

DW: Something important for us was to make each episode about a single question that a real kid would have. We looked for topics that any typical kid would think, “Huh, I do wonder why that is?” The kinds of questions they might ask when they look at their own world, like, “Why do birds have feathers?” or “Why do lizards sit in the sun?” It’s also important for us that the kids in the show play an active part in finding the answers, so we pick questions that kids could answer themselves using basic scientific thinking and simple tools, simple experiments, making observations, and comparing and contrasting. This made the questions and answers accessible, and also hopefully provides a model for them to follow at home.

LS: The part of it that’s the hardest is getting everything to work for the same age group. That’s the first thing. So, when you’re doing that, you’re doing several things at a time. You’re coming up with the idea for the show and you have to make sure that you know exactly who your age group is, and in the case of Elinor, it’s kids between the ages of 3 and 6. That’s a typical preschool group, and that includes kids who are in kindergarten, and even within 3 to 6, that’s obviously a pretty big range of kids. So you have a certain kind of curriculum, and you want to make sure that it really works for kids that age.

Even if you’re a science expert, you also need to work with a person who is an expert on the teaching of science to younger kids. In this case, Sara Sweetman is a professor at the University of Rhode Island. She’s one of our go-to people for teaching science to younger kids. She knows exactly what kids this age can understand and what goes over their heads. If you say to her “rocks,” she can tell you what kids will understand about rocks, what’s too much for them, and the ranges that you can cover and sort of follow the curriculum that the majority of it is right for this age group. For the most part you have to make sure that there’s stuff for 3-year-olds and there’s stuff for 6-year-olds and all points in between, and in developing the show, you have to make sure the style works right for this age group and that the stories are understandable for this age group.

FC: What have you learned and enjoyed most about the process?

DW: The most enjoyable part of the process has been to work with a passionate and talented group of people, both at PBS and CPB and in our team here and at Pipeline Studios. Everyone—from the staff to the writers, educators, animators, and technical folks—has been amazing and great to work with. At every step, we felt lucky that people were connecting with the project and injecting their passion for science and education.

JC: It’s also a joy to see the reaction of kids to the show, and to see these ideas about curiosity sink in and to watch them start to become little scientists in their lives. 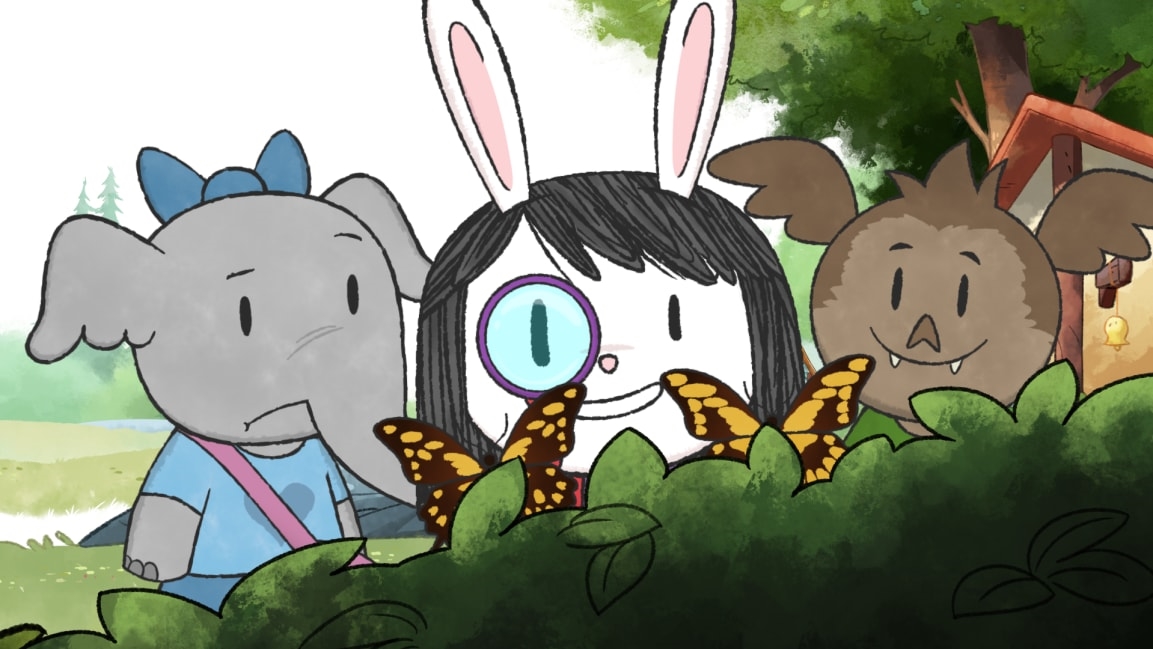