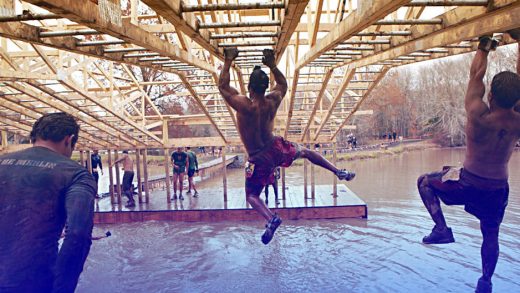 Standing barefoot in the snow. Soaking in a tub of icy water. Taking a plunge in a cold lake. These things sound really uncomfortable and a little crazy, right? But investigative journalist Scott Carney says a regular habit of any of them can improve your health and reduce your stress.

Carney discovered the life-changing power of extreme environments in 2013 when he set out to debunk eccentric Dutch fitness guru Wim Hof’s claim that he could control his body temperature and immune system at will. Carney had just written about another so-called guru who had lost touch with reality in the pursuit of enlightenment, and he was pretty sure Hof was another charlatan.

“I thought perhaps he had genetic adaptations and others would die if they tried to emulate him,” says Carney. “I was going to prove him wrong, and as it turned out that wasn’t the case. Within a week I was able to replicate the feat he could do.”

“The problem is that technology has outpaced our body’s ability to adapt.”

The experience prompted Carney to eventually climb to the summit of Mount Kilimanjaro wearing nothing but shorts and hiking boots, and sit on the snowy banks of a river until the ice melted around him. He chronicles his limit-pushing adventures in his new book, What Doesn’t Kill Us: How Freezing Water, Extreme Altitude and Environmental Conditioning Will Renew Our Lost Evolutionary Strength, and suggests that extreme activities (when done with a doctor’s approval) could improve your life, too.

“I’m not an adventure seeker; I’m not even an athlete,” he says. “I happened to be pulled along and discovered these are innate human abilities.”

The environment is an important but forgotten stimulus, says Carney. “We used to think health relied on diet and exercise,” he says. “It is those things, but it’s also the space you inhabit. The problem is that technology has outpaced our body’s ability to adapt.”

Our species has had 200,000 years of constant environmental changes and the evolutionary system had adapted to deal with it, while climate control has been around for just about 150 years, says Carney. “The drive for comfort was once something we could never achieve,” he says. “But now comfort is available at flip of a switch, and that’s a terrible thing for our bodies.”

Our body’s ability for handling the environment sits untapped, waiting to act. “The immune system is like a predator in the body, going around trying to kill bacteria, but its job has been compromised and it’s got nothing to do,” says Carney. In some cases it turns against the body with autoimmune diseases. Using environmental stimuli gives the command structure something to do. It’s like giving that predator a chew toy.”

Regular exposure to cold triggers a number of processes to warm up the body, and those adjustments will help regulate blood sugar, exercise the circulatory system, and heighten mental awareness, says Carney. Studies have shown cold exposure treatment can help with conditions such as Crohn’s and Parkinson’s disease and obesity.

Growth starts with a willingness to break yourself down, try new things that challenge you, and feel discomfort or even pain on the road to remaking yourself even better, says Sarah Robb O’Hagan, author of Extreme You: Step Up. Stand Out. Kick Ass. Repeat. “Your greatest potential is not found in your comfort zone,” she says. “We now have scientific research showing that getting outside of our comfort zone is what develops our personal growth. That’s why extreme fitness endeavors are now so popular.”

“Your strength grows when you are trying something new and figuring out how to accomplish it.”

Robb O’Hagan says the training for a Tough Mudder competition pushed her to examine her limits. “The thought of jumping into a dumpster of ice cubes is far from enticing, but once you do it you feel this huge sense of accomplishment and frankly newfound confidence because you survived it,” she says. “There’s no question that it leaves you feeling stronger than before you took on the challenge. Research shows that muscle and brain power act very similarly. Your strength grows when you are trying something new and figuring out how to accomplish it.”

If mountain climbing and icy baths aren’t your thing, you can still find benefit from introducing some discomfort in your life. Carney suggests starting your day with a cold shower. “Once you do that, everything else feels easier,” says Carney. “A cold shower will give you a little more resilience to get through day. It goes to your nervous system to a place where your body deals with environmental stress. Other stresses will not feel like as big a deal.”

Or keep your thermostat at 63 degrees. “It’s right at a point where you might feel like you might need to shiver,” he says. “And one of the things we do in the training is we suppress your natural shiver response to make your body find a different way to heat itself. And this is usually ramping up the metabolism. And by doing that, you’ll burn more calories, you’ll get thinner, but you’ll also just be more adapted. You will use less energy in general, and that’s a good thing.

Comfort isn’t inherently bad, says Kent Burns, president of Simply Driven, an executive search firm. “What’s bad is the worship of comfort,” he says. “Candidly, most humans, especially Americans, literally make an idol of their own comfort. Comfort then becomes a master that we serve at the expense of other important things. To grow and realize our potential, we need an outside force, and events like Polar Plunges and Tough Mudders serve that purpose, forcing people to confront obstacles and their own limitations.”

Carney admits climbing mountains and sitting on an icy snow bank are extreme tests, but he believes both are important examples of the body’s capabilities. “Don’t be afraid of a little bit of pain,” he says. “I’m not suggesting that people get hurt, there’s a difference between damage and pain. Do whatever you can to give your body variation every day. It’s so easy to do; it’s just turning a knob.” 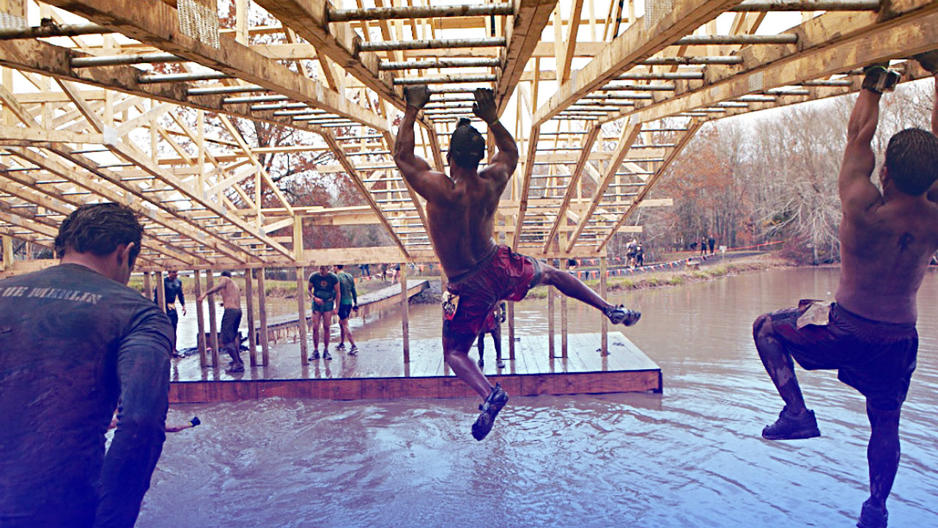