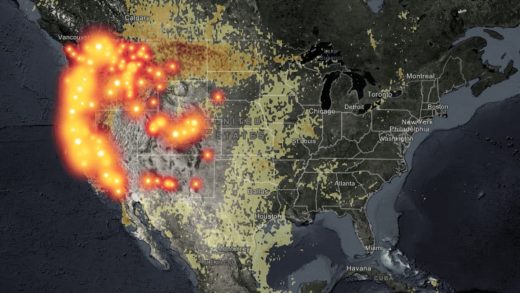 How far does wildfire smoke travel? These maps will tell you

As devastating wildfires continue to burn across the western states of California, Oregon, and Washington, hazy skies and smoke are being reported as far away as Toronto and New York.

These hazy conditions are not mere annoyances. As Luke Montrose, an environmental toxicologist, wrote recently for Fast Company, air pollution from wood smoke is a serious public health concern. Smoke from large wildfires can travel thousands of miles, across states, countries, and even oceans, and the fires currently burning on the West Coast include some of the biggest ever recorded.

To get a sense of how far smoke from the current wildfires is traveling, you can turn to a number of interactive maps and data tools that let you track smoke conditions in real time. I’ve rounded up some useful options below:

AirNow: This fire and smoke map is “designed to provide the public with additional information on levels of particle pollution” and includes data from a number of government sources. Find it here.
NOAA: This map from the agency’s Office of Satellite and Product Operations includes regularly updated data from satellites. Find it here.
Esri’s Active Wildfire Story Map: I highlighted this map in a post last week for tracking fires. It also has an overlay option to track smoke. Just check the “smoke forecast” box. Find it here.
NASA: The space agency’s blog post from (September 21, 2020) includes satellite imagery from before and after the winds shifted eastward. Although the images are not interactive, they underscore how national weather patterns can have a huge impact on air quality. Find it here.

This #FullDiskFriday, the #GOESWest satellite is continuing to watch the sobering amount of smoke from wildfires spreading across the #WestCoast of the U.S. @NIFC_Fire says there are 102 large wildfires and so far, more than 4 million acres have burned. pic.twitter.com/8IyzZufITS 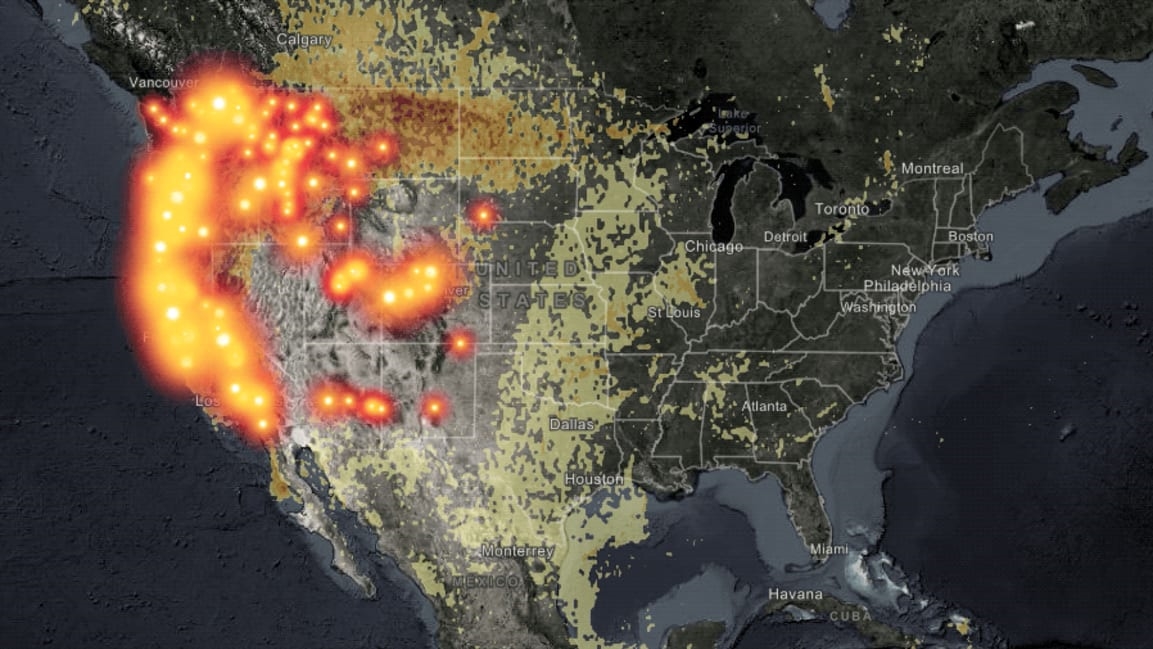