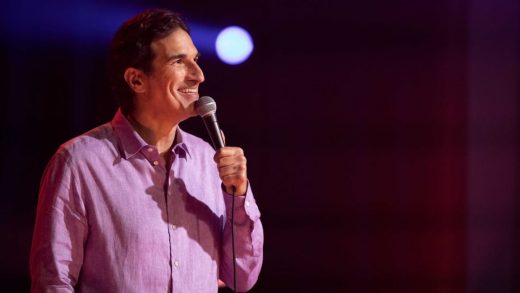 The week before Gary Gulman was hospitalized for clinical depression in the spring of 2017, he had already been to the emergency room twice. Then his psychiatrist recommended in-patient care. Before he actually moved his clothes into the hospital, though, Gulman lied to the doctors who asked whether he was feeling suicidal so that they would let him leave for a different kind of emergency.

He had to go on the road to perform standup comedy.

“I was so messed up that I actually was concerned about missing these shows and having to forfeit the plane ticket,” Gulman tells me. “I was convinced that I needed to make this money, because I was never going to be able to work again.”

Fueled by adrenaline and fear, Gulman made it through those shows and then checked into the hospital, convinced that his career was now over. That diagnosis, thankfully, has since proved premature.

On October 5, HBO is premiering The Great Depresh, a most unusual comedy special. As the title suggests, the Judd Apatow-produced show is centered almost entirely around mental illness, intercutting between Gulman’s standup material on the topic and documentary footage about his recent return from the brink.

On the surface, it may seem like there’s nothing funny about being hospitalized for depression, but Gulman’s special makes a persuasive case that finding the funny in it helped him get through it.

Gulman had actually first performed material about his depression on The Late Show with Stephen Colbert months before his hospitalization. It’s a bit about sleeping until late in the afternoon and eating ice cream with a fork, and the reason he felt comfortable enough to perform the bit on TV is that he never mentions the word “depression” during it.

“If you didn’t know any better, you’d interpret it as me being either lazy or unmotivated,” he says. “Unless you were depressed.”

When he was first released from the hospital, in late May 2017, he decided to give up on comedy. Gulman took a job as a camp counselor that summer, at a day camp for adolescents on the autism spectrum or with severe anxiety, as preparation for going back to school to become a teacher. “Somehow I had convinced myself that would be less stressful than standup,” he says.

While he was working at the camp, though, he was still jotting down funny ideas. That part of his brain had never stopped working, even as his self-confidence around standup did.

It wasn’t until October that year that he started to feel better and got excited about the idea of doing shows again. He hadn’t felt that way in a long time.

“That was maybe the worst part of it. This thing that I loved, I no longer looked forward to,” Gulman says. “There had been a couple of years that I had to make a living doing something I really dreaded and was causing me a great deal of anxiety.”

Opening up to his audience

Gulman’s return to standup wasn’t an instant triumph. His new special opens up with a clip from a show that he performed a couple months after his return, during which he has a mild meltdown on stage. Moments like this one were extremely rare as he started to do shows again that fall, but what was more common were the physical tics he’d developed. The comic would bite his lip and make a pained face. He had severe tremors in his hands. It was clear that something was off, and he couldn’t hide it from his audience. But keeping his struggles with mental illness from his audience is something he’d been doing for his entire career.

Whenever he’d had ideas for jokes about his depression in the past, he never brought them onstage, fearing that the audience would respond with pity instead of laughter. “Even when I was in the hospital, I remember thinking, Oh, this is really, really funny, but I can’t tell anybody about this, because I was convinced that if my manager or agents found out I was so sick, they wouldn’t want to work with me,” he says.

Not long after he’d begun doing shows again in late 2017, he decided to address the matter onstage. He wanted the audience to know why he had those physical tics. He was sure that he had the skill to do jokes about it, and most importantly, he had developed enough goodwill with his fans over the years that he thought they would follow him through some dark material, certain that it would lead somewhere funny. With jokes like the ones he did on Colbert about sleeping into the afternoon, he would add language that made it clear what the coded joke was actually about. This is what it feels like to be depressed. This is how I act when I’m depressed. These are the symptoms of my depression. Sure enough, audiences followed Gulman down this road, as he hoped they would.

From stage to special

Early in 2018, Gulman played an audio recording of a recent show for his manager, Brian Stern. The note Stern gave him was that he should do more jokes about depression, because they were interesting and funny, and the audience responded to them. From there, Stern planted the seed for the idea of doing what became The Great Depresh, a hybrid of a documentary and a comedy special about Gulman’s depression. About six months later, when the comic was feeling better, Stern set him up with Emmy-winning director Mike Bonfiglio (The Zen Diaries of Garry Shandling), and the two set to work shaping the special.

At first, Gulman didn’t have many jokes about depression. Bonfiglio suggested that he keep writing more of them, though, so that the special would end up being 10% to 20% documentary, but the bulk of it would be pure standup. Then he continued offering direction and guidance along the way, listening to almost every single show Gulman did from the road and offering notes. It was the first time Gulman had ever collaborated this much on his standup. It was working.

A lot of comedians tend to joke about the idea of depression flippantly, through throwaway punchlines. Actually talking about clinical depression at length, though, like Neal Brennan does in a section of his excellent Netflix special, 3 Mics, runs the risk of making audiences too uncomfortable. The stakes of that risk became real for Gulman in the days leading up to filming The Great Depresh, when Gulman had one of the most bizarre experiences of his entire career.

One night in Delaware, Gulman noticed a man in the front row of the 400-seat theater looking utterly exasperated.

“The show was sold out well in advance, so this man had to have had some idea what he was going to see and that it was called The Great Depresh, but about 70 minutes into a 90-minute show, I could feel something off, so I said, ‘Is everything okay?’ ” Gulman recalls. “And he said, ‘What is this? Therapy?’And I told him I was clear in the title that this was about depression, and it’s not all depression-related, and the rest of the audience seemed to be enjoying it. And he said, ‘You suck.’ And he walked out. The crowd was really nice about it, though. It’s the only time in my 25-year career that I received a standing ovation 2/3 of the way through a show.”

Gulman’s heckler wasn’t exactly wrong. He just had it backward. The therapeutic part for Gulman was writing the material and recovering the gifts he was at one point sure that he lost. Performing the show he’d created around his depression was intended to be therapeutic for anyone in his audience who may be suffering.

The comedian knows better than most people how hard it is to talk about depression, and how much better life can be, especially as an artist, when you actually do talk about it—and get whatever treatment for it you need.

“It’s a harmful myth that you need to be really screwed up to do good art,” Gulman says. “I know that depression is a mixed blessing because it makes you overly sensitive and overly irritable to injustice and unfairness. But there’s a point in the depression where, even though you’re sensitive and irritable, you don’t have the energy to write or even the cognitive abilities to figure out the puzzle that I feel a joke is. So there’s a point where it’s not a blessing. It’s just a curse. And I know that maybe a year and a half since my remission, I’ve been more productive and prolific than ever. It’s a much easier illness to write about on the other side of it than it is from the middle of it.” 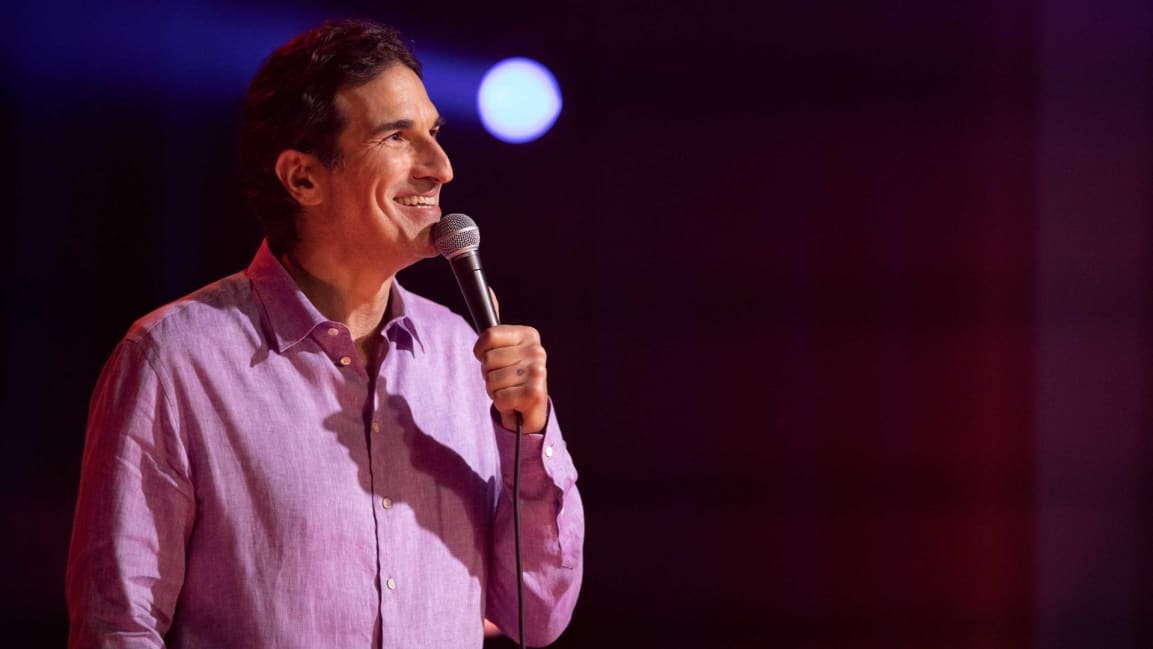