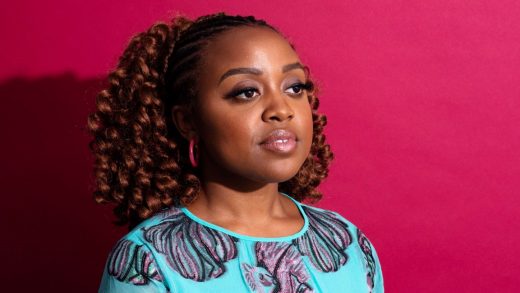 From writers to performers, there’s absolutely no shortage of black women in comedy. However, when it comes to mainstream accolades and opportunities, there never seems to be enough seats at the table to show the full breadth of what black women can bring. Recent breakouts like Issa Rae and Tiffany Haddish continue to push doors open for yet-to-be-discovered talent, just as the comedians before them have done. But being a minority in a still very white and male industry creates an archetypal box for new talent that can stifle distinct voices.

“It becomes more important than ever to be yourself—every opportunity you get, especially while acting, to refuse the box and say, I’m going to make a more informed choice that is what I want to do,” Brunson says. “You’ll be onset and people will ask you to do it like Tiffany [Haddish]—and it’s like, well you should’ve got Tiffany. For me, it’s about really making the conscious informed decision to be myself all the time.”

Brunson has parlayed her 2014 viral series “The Girl Who’s Never Been on a Nice Date” into a fully realized career in comedy. Brunson served as a junior producer at BuzzFeed before becoming one of the company’s youngest development partners at BuzzFeed Motion Pictures, where she created and sold her first official series, Broke, to YouTube Red. Brunson also produced, wrote, and starred in Facebook Watch’s Quinta vs. Everything and Verizon go90’s Up for Adoption. However, her biggest break to date is no doubt being one fifth of HBO’s A Black Lady Sketch Show.

Created by Robin Thede and executive produced by Issa Rae, A Black Lady Sketch Show has shattered new ground in comedy with an all black female cast, writer’s room, and director. The show is currently sitting with a 100% freshness rating on Rotten Tomatoes and has been renewed for a second season.

But most important, it’s dismantling the monolith of black women, specifically those in comedy. “Being around four other comedically inclined black women, none of us are allowed to fall back on any tropes or stereotypes,” Brunson says. “A lot of the conversation that’s come up about the show is, what type of black women are these? Is this suburban comedy? Is it ratchet comedy? It’s neither. Because now we’re trying to get rid of boxes.”

“This was a moment for us to unabashedly challenge stereotypes and then create new archetypes for ourselves,” Brunson continues. “Previously in my career, sometimes being the only black girl in whatever comedic arena I was in, it’s easy to fall back to a trope. But you can’t do that here. You have to think critically.”

Brunson’s grasp of traditional comedy as a Second City alum—and being part of the new wave of digital natives finding notoriety on social media with memes and short-form videos—has honed her comedic styling into being relatable with a twist, i.e. “a character that you would see in your real life that just happens to be a little silly,” she explains. But that often throws puts her in a box right next to Rae and what she’s built from her web series The Mis-Adventures of Awkward Black Girl.

“One of the reasons I love Issa is because she knows she’s not the only one, and she’s bringing everybody out [through her production company Issa Rae Productions]. But a lot of new comics can relate to this: If you’re a little offbeat and you’re not Mo’Nique, they’re putting you in an Issa box now. Issa is Issa. Mo’Nique is Mo’Nique. I am Quinta,” Brunson says. “It affects minorities across the board. Hasan Minhaj had to get out of being called the next Aziz Ansari. He’s nothing like Aziz! We want enough people so that it’s not a thing anymore.”

But that, unsurprisingly, is going to take much longer that it should.

According to UCLA’s latest Hollywood Diversity Report, only 2 out of 10 lead actors in film are people of color, and only 2.2 out of 10 in TV. As Hollywood continues its snail’s pace toward parity, what shouldn’t get left behind is the idea of diversity within diversity. It’s not enough to have more minorities onscreen; it’s how they’re being represented that’s equally important. Case in point: A Black Lady Sketch Show.

“It’s important for us, to have this space in comedy that is real and not completely whitewashed [or] on the other end of the spectrum, just a stereotype,” Brunson says. “This show was a step in the right direction.”

Brunson’s characters in A Black Lady Sketch Show are often an extension of the grounded personas she’s explored in previous roles, like the office worker with a dark secret or castmate Ashley Nicole Black’s best friend in the sketch “Viral Proposal.”

“She loves two things,” Brunson says of her character Tiffany. “She loves her best friend, and she loves to dance. That’s it. That’s all they gave me. And I was like, ‘I can do that.’ ”

However, she wants to push herself into more hyperreal characters like Thede’s Dr. Hadassah Olayinka Ali-Youngman, Pre-PhD (a “Hertep,” aka a female version of a Hotep, which Thede describes as a black person “who feels like women are queens but should also never leave the house”) or Gabrielle Dennis’s business-savvy gang leader Elisa.

“I feel like as a creator I want to move into the area of [characters] I don’t find relatable, but that person cracks me up. Nicki Minaj is just like a full-blown, unchecked Sagittarius. She exists in me, but I would never let that part out,” Brunson says. “Watching Michael Scott on The Office, we love him but he’s an unchecked racist asshole. Or Ron Swanson on Parks and Rec. I’m moving more toward really wanting to work in that arena.”

No matter if her characters are grounded or surreal, Brunson’s aim is to expand the perception of black women. She was attached to a CBS sitcom with Larry Wilmore executive producing. The project eventually fell through (and, coincidentally, was the reason she was able to do A Black Lady Sketch Show), but Brunson felt what would’ve been her character (a young twenty-something who gets pregnant with her friend) still needs to exist in some form on TV.

“What is the black girl who gets pregnant but keeps it and is happy about life look like? It’s often looked like sad but [black people] are not always singing Negro spirituals,” Brunson says. “They’re getting through life just like the whites. So I want to bring those stories to the forefront, whether that be through acting, writing, producing, showrunning . . . .”

Or books. Last year, it was announced that Brunson was working on She Memes Well, a memoir of sorts, a la Mindy Kaling’s Why Not Me? or Tina Fey’s Bossypants. It’s expected to be published next June.

“By the time I get older, these kids might not even know who Tina Fey and Mindy Kaling are, but they’ll know who I am. So I want them to read my book and feel the way I felt about their books. But writing a book is really hard. It’s the thing I’ve hated the most in my life ever,” Brunson says. “I was supposed to be settling down and writing this book and [Thede] called me [to A Black Lady Sketch Show] and I was like, ‘Oh you bet—f*ck this book.’ They’ll get it when they get it. It’s easier to write a book when the story is told, but my story is very much still happening.” 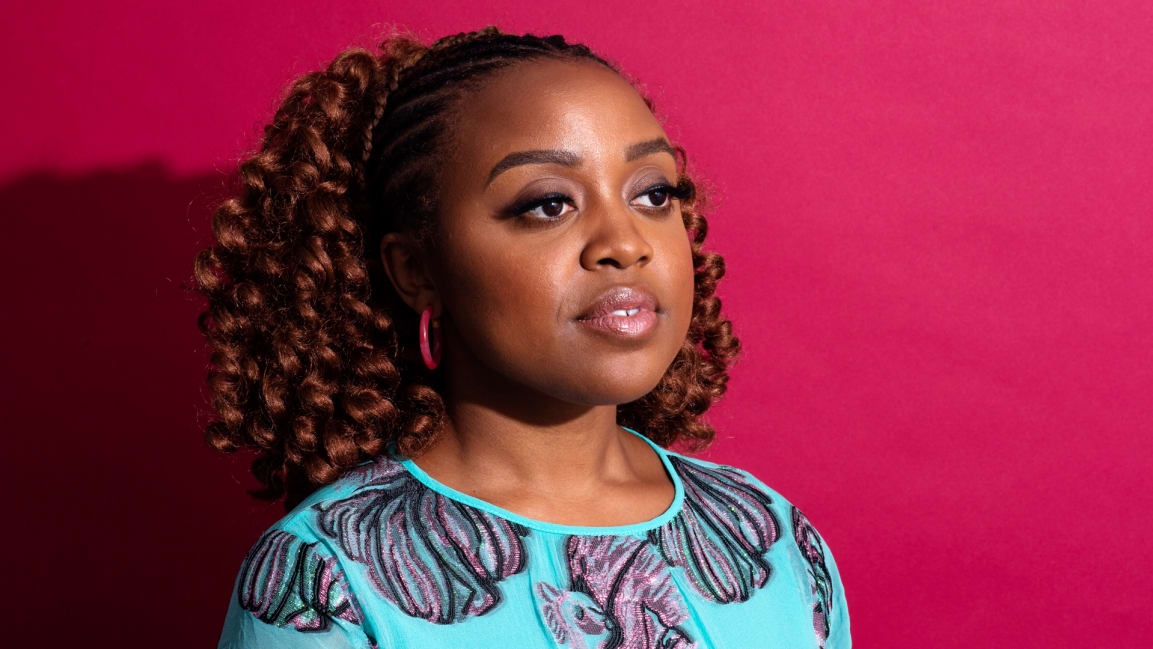