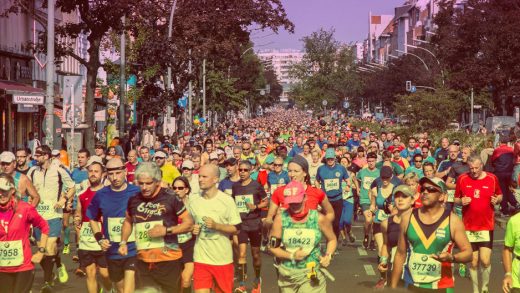 How Running A Marathon Made Me A Better Entrepreneur

On September 25, 2016, I finished the Berlin Marathon. I’d come to the city for the first time seven years earlier. It was around the same time of year, because I remember stepping out of my apartment to explore the city and getting swirled right into a stampede of runners. Even as a spectator, I was completely overwhelmed by their strength, determination, and energy. I vowed I’d run Berlin one day—even though, at the time, I could barely run more than a mile at a stretch.

Find someone to run with, and make sure you high-five all your fans along the way.

Four years ago, I decided to start an edtech company. I thought we had an interesting market, an original idea, and early proof of concept—major U.S. universities were signing up to try our platform within our first year in business, and happy customers were mailing us thank you cards. Those early startup days were euphoric. Still, I knew enthusiasm wouldn’t be enough to sustain us, so I made a promise that I’d stay focused on building the company for at least three years, no matter what. It hasn’t been easy to keep that promise, but I’ve done it.

I thought marathon training would be pretty similar—it was all about persistence when the going got tough. I imagined that as long as I worked hard and toughed it out, I’d make it to the finish. That quickly proved untrue. As my training progressed, I discovered that success would depend on much more than just logging the miles. Marathoners put in hard work, of course, but getting to the finish line takes deliberate planning and practice, building sophisticated support systems, and a willingness to keep running—even after crossing the finish line.

Here’s what my marathon experience has taught me about entrepreneurship, at a time when I’ve had to confront the steep learning curves of both.

Improve By 10% Each Week

Just like marathoners, startup founders and business leaders need to have a plan. As a runner, the basic principle is simple: You run manageable distances during the weekdays (three to five miles), add a longer run on the weekend (10-plus miles), and take two days to rest. The way you improve is by setting consistent, incremental goals. Marathoners only increase their distance by 10% each week.

If you undertrain, you’ll get stuck at an endurance plateau. Overtraining, however, puts undue stress on the body that increases the risk of injury. Stunningly, around half of all recreational runners get injured every year, and as many as 75% of these injuries result simply from overtraining.

For startups, growth is everything. The writer and programmer Paul Graham famously advised startup founders to pick a weekly growth rate and sacrifice everything else for the sake of continuously hitting that number. Personally, I’m skeptical of “stretch goals,” which often mean continuously outperforming your own already ambitious sales projections. Daniel Markowitz, a business consultant, agrees, pointing out in Harvard Business Review that they tend to demotivate the teams, encourage unethical and excessively risky behavior, and lead to burnout.

But improve just 10% at a time, and you’d be surprised at how fast you cross the finish line.

Everything Is A Team Sport

Even marathon running is a group effort. Before I started running, I thought marathons were for lone wolves. I went on the majority of my practice runs alone, and I didn’t hire a coach. I even stayed silent on social media about my training. And yet I was able to finish because of my support networks. I couldn’t even register by myself; the Berlin marathon requires a lottery, which I lost, and a friend secured my ticket through her running association.

As I started training, I ran by myself, slowly, until one day I went out for a run with a faster friend—and easily increased my speed by more than 30% on that run alone. Whenever I teamed up, I got faster, lighter, stronger, and happier.

The way you improve is by setting consistent, incremental goals. Marathoners only increase their distance by 10% each week.

It’s also impossible to underestimate the value of the people cheering along the course. The Berlin Marathon prints not just runners’ numbers on their bibs but also their names, so onlookers shout your name as you pass by. Children stretch out their little palms, and I am pretty sure I did not miss out a single opportunity to high-five! Orchestras set up jamming sessions. Kind strangers hand out bananas, cups of water, and Gatorade. A particularly fabulous friend even flew in from the U.S. to throw a little tailgate party at the finish line.

Most startups agree that team composition is hugely important, but I wish we also knew how to cheer on individual founders when the going gets tough. I often interview entrepreneurs, and I like to tell their stories, not just to feed their vanity or help build their “personal brands,” but because I believe that CEOs and young companies need reassurance that the goal is often near, even when it feels hardest to reach. Just find someone to run with, and make sure you high-five all your fans along the way.

For me, the best moment of the marathon was at the finish line. All the marathon brochures and emails said that the marathon finish was at the iconic Brandenburg Gate, where the Berlin Wall used to stand, and where it first fell. When I ran through the gate, I thought I’d finally finished—but then I noticed people around me were still running.

It turned out that even though the Gate was the symbolic finish, all the marathoners had another 100 feet to go until the real finish line. I thought that last dash was the hardest—even though I’d already run over 26 miles.

In startups, as in life, we often have to keep running, just when we thought the worst was over. It takes strength, persistence, love, and support to finish anything really worthwhile—sometimes more than you think you’ve got in reserve. But dig a little deeper, and you’ll find it’s there. Run your 26 miles, and that extra 100-foot stretch will be behind you before you know it.

Svetlana Dotsenko is a founder and CEO of Project Lever, a company that matches students with faculty advisers at universities. 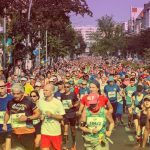 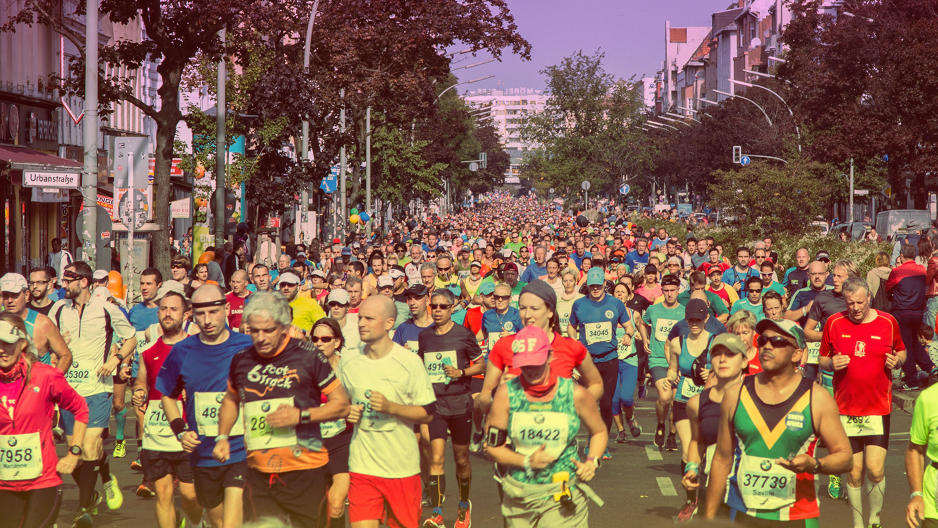