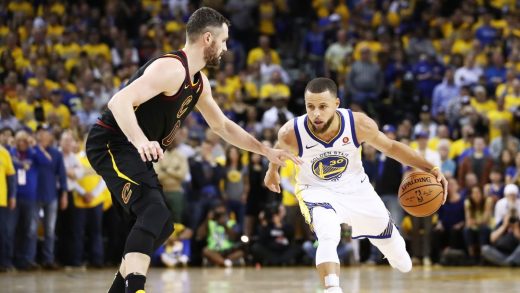 Early in Game 1 of the NBA Finals between the Golden State Warriors and the Cleveland Cavaliers–the fourth-straight championship clash between these teams–Warriors star Klay Thompson suffered a leg injury that many feared might knock him out for the rest of the series.

He played the rest of the game, but over the next three days, it was unclear if he might be too hurt to play further, given that he’d been diagnosed with a high-ankle sprain. Many were surprised when it was announced that Thompson, who has already won two NBA titles along with fellow Warriors stars Stephen Curry and Draymond Green, and is now seeking a third, would start Game 2.

Still, just before game time, after all the Warriors players had already made their way onto the court, Thompson quietly left and headed to the team’s locker room. Few noticed, but one who did was Anthony Kuzviwanza, aka “AK,” a 36-year-old who’s worked for the NBA for 16 years, including the last six as a videographer.

Today, here at Oracle Arena in Oakland for Game 2 of the finals, AK’s job is shooting video and capturing sound for Chasing History, a show the NBA produces in collaboration with Snapchat that’s meant as something of a daily all-access “magazine” that lets fans get a peek at life around the two teams vying for the championship.

For the NBA, producing content on Snapchat is a no-brainer. The league’s Snapchat content is viewed by millions of users, two-thirds of whom are under 24. For the finals, explains NBA vice president for emerging media Bob Carney, the league and the Snapchat are teaming up on two projects–Chasing History, and a separate daily highlights package. “We program our social channels as if that’s the only place a fan is going to consume NBA content,” Carney says, “so we feel that it’s very important that we put game recaps on [Snapchat] because our fanbase [there] may not be going to our website.”

Fly on the wall

Having spotted Thompson heading back to the locker room–for additional medical treatment?–AK figures that shooting the star Warriors guard walking back toward the court would be a great piece of video for tomorrow’s Chasing History episode, especially if Thompson has a good game. To get that footage means walking away from the high-energy pre-tip-off scene happening on the court just a few dozen feet away. No shots of what two-time league MVP Curry is doing. Nothing of fellow Warriors superstar Kevin Durant. And definitely no video of Cavaliers mega-star Lebron James getting ready to play. AK decides to go into the tunnel and wait for Klay anyway, given the dramatic turn of events surrounding his health. “Maybe it’s better,” he says, “to take the risk for this one shot.”

As one of four videographers shooting for Chasing History tonight–two covering the Warriors and two shooting the Cavaliers–AK says his job is to be a fly on the wall, and ideally, not even be noticed by most of the people’s he shooting. Yet, without bothering anyone, he needs to be in the right places at the right time to get great footage and terrific audio that the show’s producers can integrate into tonight’s episode.

Besides questions about Thompson’s health, another big Game 2 unknown for the Warriors was who would start at center. Game 1 starter Kevon Looney had been badly outplayed in that game’s first half, and had been replaced by JaVale McGee, who, despite known limitations on defense, had excited the crowd playing tight D on James, and had provided some high-energy offense. Now, about 45 minutes before Game 2, AK tells me he’s just learned that McGee’s been named starter, and he’s excited, because earlier, in the Warriors locker room, he’d shot footage of McGee getting ready, video that he now realized could be used in the context of the player’s surprise starting assignment.

For most of the two hours before the game, AK’s moving around at high speed, and following him is a tough task, especially given that everywhere you go at Oracle Arena, the hallways and tunnels are packed with people, many of them celebrities or star athletes here to soak in the rarefied finals air. I notice that even before tip-off, AK is already drenched with sweat from his exertions.

Yet, sometimes, all AK needs to do is stand in place and wait–for example, when he knows that Steph Curry is about to come sprinting out of the Warriors locker room to begin his on-court warm-ups.

For AK, he knows that prime hunting ground for his short celebrity interviews is Oracle Arena’s VIP Lounge. Especially during halftime, he tells me, when those famous folks have had a couple of drinks and might be a little more effusive in their responses. All the better for great fodder for tomorrow’s Chasing History.

The game’s not the point

Unlike most everyone else in the building tonight, the actual game isn’t high on AK’s agenda. For him, it’s all about the action before and after, and at halftime, when people are moving around, when he can get up close and personal, and when folks have time to talk.

That’s why AK’s jumped back into full-on mode in the minutes after the Warriors have put the finishing touches on a resounding 122-103 victory over the Cavs, putting them up 2-0 and just two wins away from a third championship in four years.

Now, with tons of press pushing from all sides, AK’s made his way into the Warriors locker room. And while the vast majority of the reporters are trying to hear what Durant has to say, AK doesn’t need to worry about the main player interviews because another member of his team is somewhere in that scrum. Instead, AK’s got his camera trained on some of the other players, including Warriors backup Quinn Cook, who has just scored his first-ever finals points.

He’s also excited that he’d gotten that video of McGee before the game, given that the infrequently used player had done well tonight, scoring 12 points without missing a shot. Having taken the time to shoot McGee just goes to one of AK’s mantras–“just shoot everybody.”

But now, the real work: tracking Curry until the superstar gets in his car and heads home. That means following him from the locker room to the main interview room, then back to the locker room, around the hallways, and wherever No. 30 decides to go. The task is made trickier by the fact that Curry isn’t waiting for AK; Instead, he just has to keep up with Curry, no matter where he goes, and no matter how many people are in the way.

As he’s waiting for Curry to emerge from the locker room, AK sticks to his mantra, noticing that Durant has come out and is giving an interview to The Athletic‘s Tim Kawakami. AK slyly shoots a bit of that.

Finally, Curry appears, walking slowly and talking with star ESPN host Rachel Nichols. So AK, who seems to know the bowels of Oracle Arena intimately, runs out in front of Curry and starts shooting his video. The clever move, which is possible because he is able to walk backwards as he shoots, means no one is blocking his shot of Curry.

A few minutes later, buzzing from having gotten what he knows is perfect video of the Warriors biggest star, he explains what he’d done–being that fly on the wall and getting his shot almost without being noticed. He’d zoomed in on Curry’s face while the star had talked to Nichols, and gotten audio of the conversation. “It’s almost like he’s talking to us,” AK says proudly. “That time we didn’t bother [Curry] and we still got what we needed.” 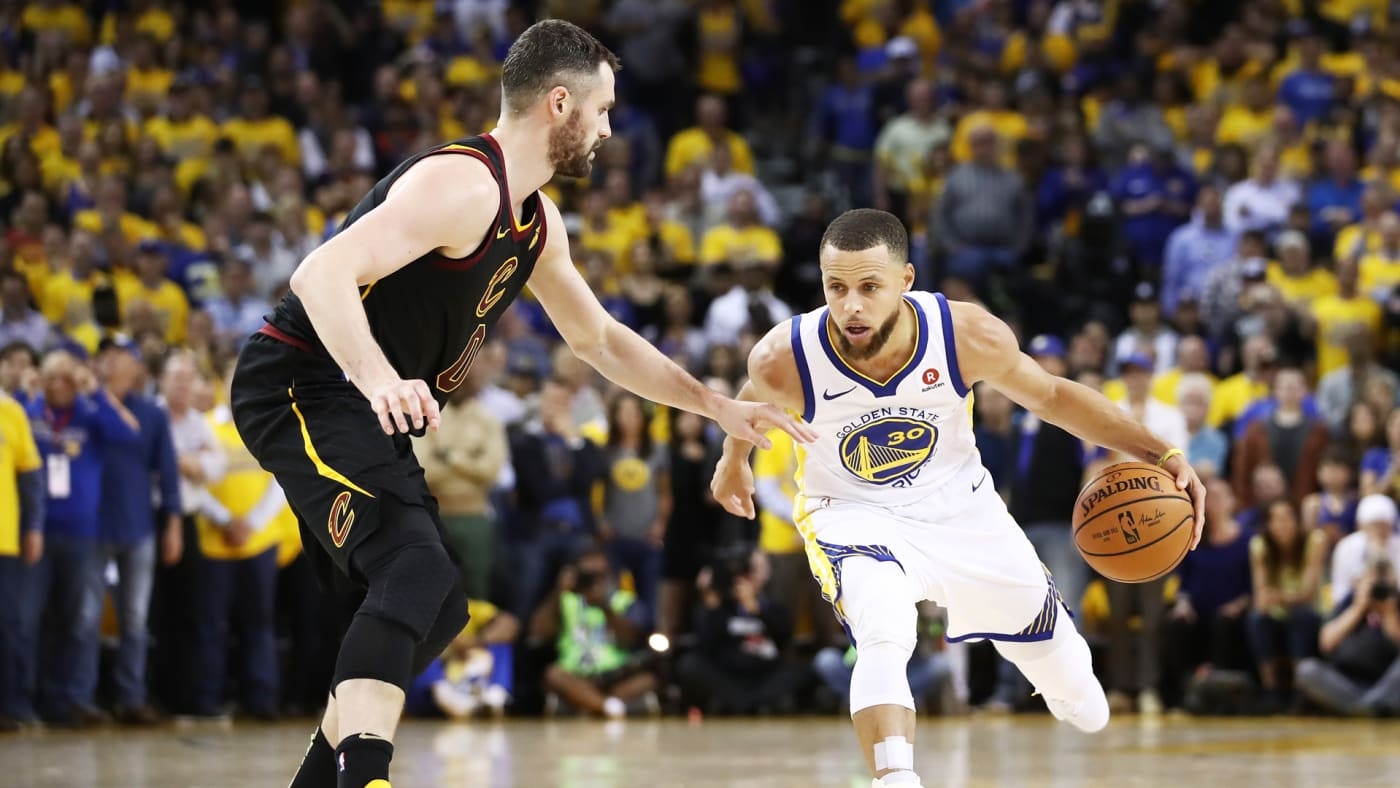