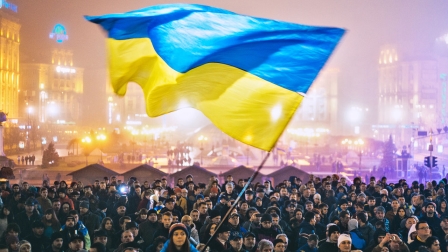 In early 2014, when Kremlin-backed forces seized Crimea, few employees in the Pittsburgh offices of Duolingo had any inclination it would lead to an exciting new collaboration.

But the invasion soon yielded a cascade of consequences, one of which was that the U.S. Peace Corps evacuated its 200 volunteers from the Ukraine (of which Crimea is officially still a part) until the country stabilized. This event, in turn, greatly affected a woman named Iryna Krupska.

Most Americans are familiar with the work of Peace Corps volunteers who visit foreign countries for multiyear stints. But probably not many of us have thought about people like Krupska, the foreign citizens the Peace Corps employs to facilitate its programs. By 2014, Krupska had already been working for Peace Corps for 11 years, helping the U.S. organization’s programs run smoothly in her native country of the Ukraine. She worked together with a staff of 70 Ukrainians whose jobs are essentially (to paraphrase Jerry Maguire) to help us help them. But following the 2014 evacuation of the American volunteers, the Ukrainian staffers were suddenly able to decide how they use their time at their own discretion.

One of Krupska’s ambitions was to update the Ukrainian language-learning materials that were sent to newly minted volunteers before they arrived in her country. Her team had already worked hard on such materials; for instance, they’d created 30 video lessons. But a recent survey had shown that some volunteers were having trouble staying motivated. On average, they completed only eight lessons.

She mentioned her hope to revamp these and other tools to Peace Corps executives at the Washington, D.C., headquarters. Soon, she was on a Skype call with Patrick Choquette, who had been the Peace Corps’s director of innovation for just over a year.

Choquette asked Krupska a question. Had she ever heard of an app called Duolingo?

Peace Corps’s Office of Innovation is just five years old and three people strong. Its mission, Choquette says, is to “try to figure out a culture that breeds innovation here at Peace Corps.” Choquette, who served in Ghana back in the mid-2000s, has the Silicon Valley language down, saying his office seeks “unicorn-type projects” in such fields as “tech, open beta, and crowdsourcing.”

For a few years, Choquette had been encouraging elements of Peace Corps to experiment with novel ways of using technology to help volunteers get up to speed on the languages they needed to learn. One group built a language app, Bantu Babel, for Zambian languages, for instance, but he wasn’t too impressed with the user numbers. “That’s when we looked at the marketplace and said, ‘What’s the app out there that’s the best at doing languages?’” He discovered that many new volunteers headed to French- and Spanish-speaking countries were using a learning app called Duolingo.

By 2014, Choquette was pleased to hear anecdotal reports of volunteers using Duolingo, but he wanted more data. So he reached out to Rogelio Alvarez, Duolingo’s VP of business development, to see if he could get hard stats on how much progress his volunteers were making on the app. When Alvarez gave it to him, Choquette was so impressed he took it to his bosses. Duolingo soon became an officially sanctioned app, with Peace Corps recommending volunteers use it before departing for their host countries.

That is, assuming Duolingo supported the language in question. At the time, the app only offered courses in major languages using the Latin alphabet, like English, French, Spanish, and German. This meant no Ukrainian, which uses a variation of the Cyrillic alphabet.

As a relationship between Peace Corps and Duolingo grew, Choquette learned about a new Duolingo tool called “the incubator.” In 2013, realizing there were simply too many languages for Duolingo to build courses around them all singlehandedly, the company began to invite teams to create and license teaching material in other languages that Duolingo would offer on its platform. (Duolingo cofounder Luis von Ahn is known as a pioneer of crowdsourcing for some of his early work on CAPTCHAs.)

Duolingo wanted new languages. Krupska wanted to revamp how Peace Corps volunteers learned Ukrainian. Choquette wanted the Peace Corps innovating. Everyone’s interests were aligned. This is why, in the summer of 2014, Patrick Choquette asked Iryna Krupska if she had heard of Duolingo.

So she downloaded it. She tested out Spanish for English speakers, and a colleague tested out German. They thought highly of both. “It combines the advantages of social media and games,” Krupska says. “It also works on any Android or Mac device, so I had this picture in mind of those volunteers preparing for service, having this course, and being able to find 10 minutes on the metro to practice.”

Krupska and some team members applied for Duolingo’s incubator and set to work. Krupska’s chief interest was in building a Ukrainian-for-English-speakers program, but the incubator’s structure required that her team build an English-for-Ukrainian-speakers program first.

Krupska says that Duolingo’s presumption was that once the English-for-Ukrainian course was built, it would be relatively simple to just “flip-flop it” to build the Ukrainian-for-English version. This might have worked for French, but Ukrainian is a different animal. It’s relatively easy to teach an English speaker to say “femme.” But try teaching her to say “жінка,” before she’s learned how to pronounce the letter “ж.” Krupska communicated the flaw to Duolingo, which updated its software to enable the building of the Ukrainian-for-English project from scratch. “Our course is really based on what makes sense in Ukrainian,” Krupska says. (Meanwhile, a Russian team that was building out a Russian Duolingo curriculum scrapped their work and followed the Ukrainian team’s approach.)

By early 2015, both of the apps that the Peace Corps Ukraine developed were available for anyone to use. And in May of last year, when Peace Corps resumed sending volunteers to Ukraine, the organization had the chance to try out the Duolingo app on a new crop of volunteers. It was a resounding success. “The host families were shocked” at the basic proficiency of their fresh-off-the-boat Americans.

More than that, Krupska has been shocked by the user numbers of the courses she helped create. Ukraine’s president recently declared 2016 a “year of English” for his country; nearly half a million people have used Duolingo’s English-for-Ukrainian-speakers app. Amazingly, 395,000 to date have tried out the Ukrainian-for-English-speakers app. The whole thing, says Krupska, has been “win-win” for everyone involved. (It’s worth noting that while Duolingo doesn’t currently charge for its courses and seems to have a humanitarian mission unusually close to its heart, it is a for-profit company. It bills customers for assessment and certification of proficiency in several languages.)

Choquette certainly agrees with Krupska’s “win-win” assessment. Off the success of the Ukrainian course, Peace Corps has encouraged more staff members in other countries to try Duolingo’s incubator program. Peace Corps-driven language programs are in the works for Swahili and Guaraní, the platform’s first African and indigenous South American languages, respectively.

He almost can’t believe how recently it was that he fretted over his pre-departure volunteers taking the initiative to begin learning their language. Just the other day, he says, he visited a Peace Corps Facebook group, where a new volunteer who had just been offered a position in the Ukraine had written to ask if anyone had any advice to offer.

Though Choquette would shortly be sending out some more formal directives to this and other volunteers, he decided to chime in on Facebook with some quick, off-the-cuff advice.

“Hey, you should start learning Ukrainian on Duolingo,” he typed.

The new volunteer quickly replied: “I already am.”

Pinned onto Travel and Tourism 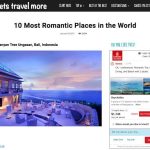 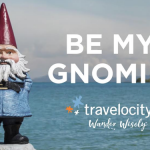 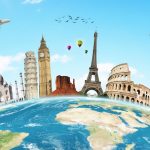 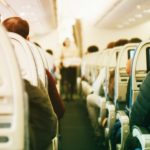 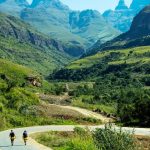 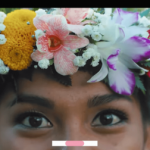 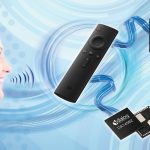 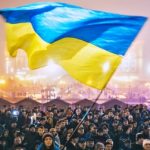 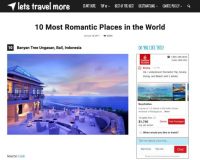