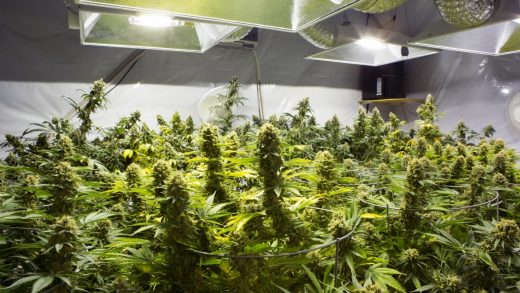 A slim hall leads into a dark room, where one enters the soul of the Blaqstar Farms cannabis grow, a 85-light operation rooted in East Los Angeles. On the other side of this warehouse where the lighting is standard, a couple of guys in their forties trim a strain called Birthday Cake and fill bags with the fluffy green nuggets. But it’s in this dark room where Blaqstar begins. Its owner, Bryant Mitchell, 39, shows the soul of his business—a clutch of genetics—prime cannabis plants for breeding.

“Dah-nale,” Mitchell says with his Texas accent, “all these plants here come from those plants back there.” He points to some weed that’s ready to join the guys at the breakdown table. The plants, he says, “come from buddies, from respect, from people trying to see if I could grow their old stuff.”

If the cannabis equity movement in the U.S. is to ever be more than just Green Rush theater—an inconsequential sideshow to the emerging multibillion-dollar legal marijuana industry—it’s going to need a lot of anomalies like Mitchell. Black people didn’t get our 40 acres and a mule after the Civil War, and we’ve yet to gain the trust and money to be brought into the cannabis industry at a foundational level. A twist on the industry of black celebrities endorsing white-owned cannabis brands, Mitchell, a Texas native, is the rare black grower operating at this size and in the light of adult-use legal scrutiny. Necessity brought Mitchell from dispensary owner to grower after he hired someone who couldn’t repeat what he’d previously cultivated. In only a few years, Blaqstar has earned the endorsement of the popular rap act Migos and the admiration of cannabis equity supporters.

This grower is not blind to what he represents.

“This is not something people welcome a lot of blacks into,” says Mitchell, an ever-present twinkle in his eye. “We’re the guy who’s selling it. That’s all we are, and that’s the way they look at us.”

The guy with a bright spirit that shines upon anyone who dares gaze directly upon him? That guy is this grower. Cross the street from his warehouse for a cup of coffee—where his neighbors “know, but they don’t know”—and the joy folks show from just seeing him is apparent. They won’t let him be, and it’s not just because of the pot.

Sit down with Mitchell over that coffee and see him let loose a single tear while running through the list of family and friends he’s lost to the War on Drugs. It’s clear that his story has dimensions that the nation’s only beginning to comprehend.

From Son Of A Cop To Oil Industry Consultant

Mitchell comes from sales, but in a first-class sense. Operations and strategy are the basis of his training. After graduating from historically black Prairie View A&M University, just outside of Houston, the son of a cop, he received an MBA from the University of Chicago. Mitchell flew around the U.S. pointing out to corporate executives who to fire, telling his clients the time while using their own expensive wristwatches to do so.

While he was in the Bay Area in his twenties and consulting for Chevron Corporation, Mitchell complained to a colleague that travel aggravated his sciatica, and the colleague introduced cannabis to his world. Not long after, Mitchell began buying and growing for himself, both here in California and at his home in Houston. His oil industry consulting after the Deepwater Horizon spill of 2010 brought the trove of money that allowed Mitchell to buy and invest in cannabis so heavily. In a sense, that Birthday Cake in East L.A. comes from hours billed to BP, a kind of bonus treat.

He bought a medical marijuana dispensary in the San Fernando Valley called Valley High. It was a smash hit, but Valley High was raided in 2014. Mitchell says he lost $250,000.

But he had $600,000 banked, he says, part earned from consulting, part earned from his dabbling in the marijuana market. He’d put another $400,000 into building an indoor grow. But his cultivator was proving unable to repeat the quality dope work he had done for the Valley High dispensary.

“Here’s my chance to do it,” he said. “I don’t know how to grow at this volume. As a consultant, one thing you learn is how to learn. I’ve got to learn as fast as I can, and I can’t learn from my grower because he doesn’t know how to grow.”

Despite limited experience, Mitchell resigned from his day job and decided to go all-in on cultivating cannabis, big time. Then he headed to Guerneville in Sonoma County, California, 75 miles north of San Francisco.

In Sonoma County, the newbie Mitchell unearthed the goods to become a master grower. Most black—and white—Californians couldn’t find Guerneville on a map. Mitchell drove the 450 miles between Los Angeles and Guerneville twice a week. He started off watering plants on a partner’s 78-acre property. He also volunteered at Sonoma County wineries, learning, among other facets of horticulture, how distillation practices could be applied to making marijuana concentrates.

“I’d go out with the guys and would be like, ‘Hey, I’m gonna help,’” he says. “They’d say, ‘Come on in.’ No roadblocks. I’d be out for a week and would be one of the best trimmers. Never told ’em I was growing.

“I wanted to see the plant from start to finish.”

Back at the East L.A. indoor grow, the first post-Guerneville harvest came in. The first large-scale weed came out larfy—immature and lacking in structural density.

“You ever cook eggs?” he says. “Easiest thing in the world, right? Ya throw ’em in the pan, you get ’em out. But cook eggs for 200 people, it’s a lot more complicated—even though it’s not that complicated. You’re not going to be consistent.”

He did a second harvest. The pot came out better. But then the thing that sets this MBA apart kicked in yet again. He learned that he still needed to learn.

“I’m doing these damn [harvests] every six months,” he says. “I gotta change that shit. Why does everybody do it that way? It’s a project. So why don’t I make every room a project—stagger it, and make sure I can deal with cash flow issues. It was out of necessity, but when I staggered it, guess what? My learning curve turned over so much quicker.”

It’s a characteristically African-American approach, turning necessity into productivity. Improvisational like basketball if not as innovative as jazz.

“Bryant represents what we want to see in the culture, someone who’s compliant and doing business the right way,” said Bonita Money, CEO of Women Abuv Ground, a networking organization assisting people of color to enter the cannabis industry. “Most underground growers don’t want to come out. It took me years to find a lot of black growers.”

Compliance has come because Mitchell’s money is cleaner than most. His techniques are organic, so his marijuana is also compliant. He says that living in the warehouse with his product nudged him toward clean growing; if spraying chemicals made him sick, the stuff could not in the end be good for customers, he surmised. Most black-market growers don’t know what he knows.

The legion of small-time growers knows nothing of Guerneville techniques. Certainly, they don’t have multi-acre, outdoor Cali grow money. Which prompts the question: Until California’s cannabis equity programs set aside opportunities for those with no legacy of having land, are we just doing theater?

“They are; I’m not,” Mitchell says. Cannabis equity programs “don’t know how to make sure social equity is delivered. Not defined, but delivered.”

The enabling real estate, money and cannabis have not come together for the hundreds of aspiring legitimate cannabis entrepreneurs presently struggling to get in. Oakland, Los Angeles, San Francisco, and Sacramento have defined the strategy of a business initiative, but the means for realizing the goals aren’t yet in place. Help connecting investors and relationships with banks are still missing in action.

So, too, are relationships with the weed veterans still deep in the black market.

“You treat it like a business, then forget that there’s been a business here for 35 years,” Mitchell says, growing animated. The fact is that the underground pot market, popularized by people of color, is far, far older than that.

“Today I’m gonna learn how to do this,” he continues. “And I’m going to share this. We need an ecosystem. That ecosystem doesn’t preclude white people participating. I want to include. But I want them to understand: You’re coming to us, ya dig?

This is part two of a series of stories by Donnell Alexander, a Los Angeles-based journalist and the author of Ghetto Celebrity (Crown, 2003) and the animated documentary Dock Ellis & the LSD No-No. 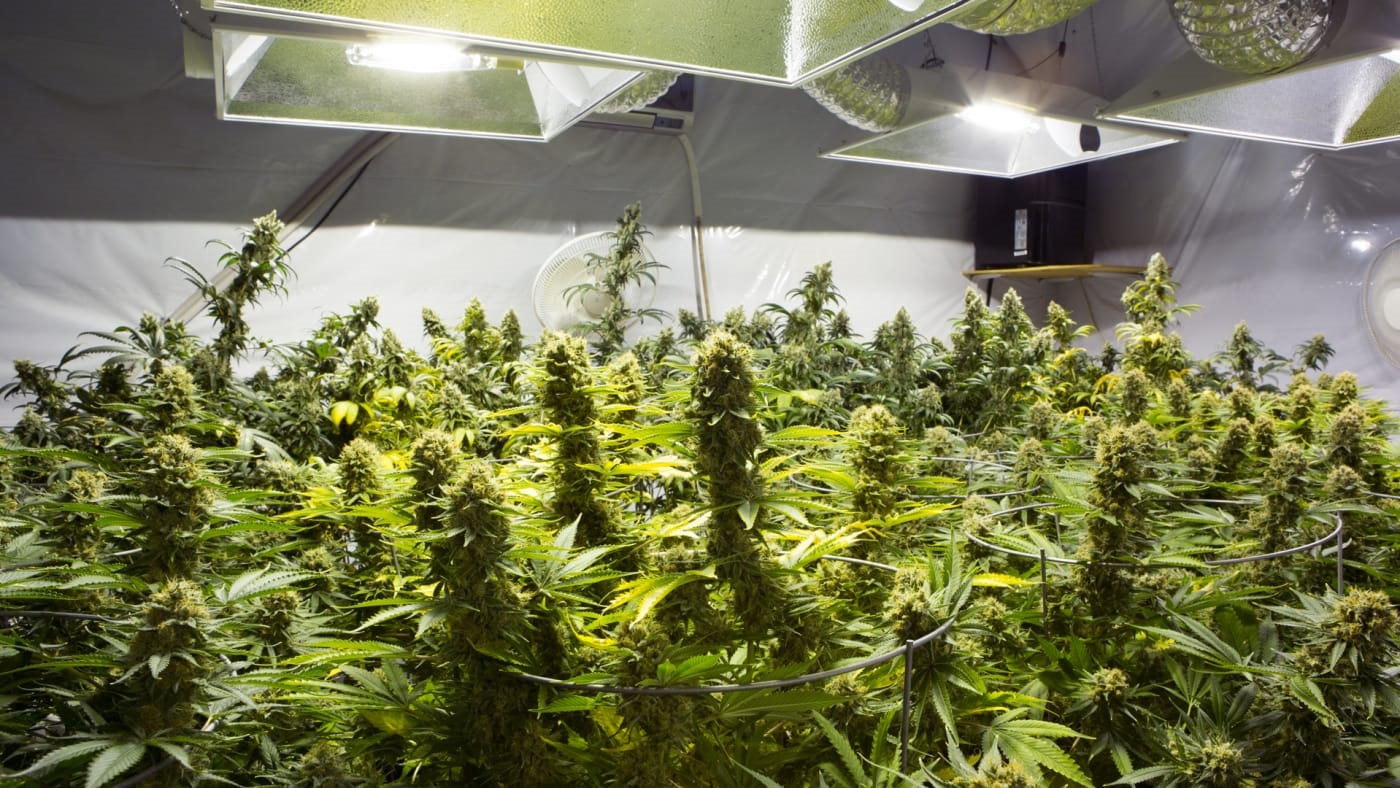