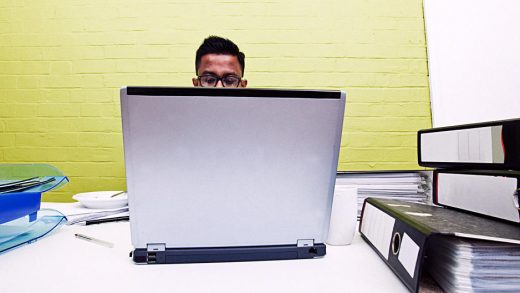 Before you can have any hope of following through on your New Year Resolutions, you need to get rid of the bad habits that are holding you back at work.

Here are eight beliefs and actions you should cleanse from your life in 2017 to achieve greater success and happiness.

Few of us love conflict, but avoiding it is a mistake, says Nate Regier, psychologist and CEO of the leadership-communication consulting firm Next Element. “Conflict is energy and can be used to create instead of destroy,” he says.

Instead of running from it, engage conflict positively by being honest about your feelings, offering resources to problem-solve the conflict, and being clear about your boundaries and those things that are non-negotiable, says Regier. And don’t agree to disagree: “Instead, agree to struggle with the other person to find common ground,” he says.

It can be easy to confuse being busy with being productive, but they are not the same, says Anne Grady, author of 52 Strategies for Life, Love & Work. Being productive involves high-payoff activities.

“A high-payoff activity (HPA) is an activity that brings the greatest result for the time invested,” she says. “Twenty percent of the tasks that we do on any given day generate 80% of our results. These are not always the most enjoyable activities, and they aren’t always the ones we would choose to do, but they do generate results.”

Identify your HPAs by answering these three questions:

Putting off your life to get things done is another habit to ditch for 2017, says Regier. “It’s addictive to do one more thing before you relax, enjoy, or connect with people in your life,” he says. “This isn’t helpful and reinforces that you are a ‘human doing,’ not a human being.”

Set aside time each day to “cheerfully waste,” says Regier. A few minutes to relax, enjoy, or talk with someone about nothing reminds you that you are in charge of time, not the other way around, he says. Also, get out of the office and spend time with people. Make time every day to shut off your computer or phone and connect with people.

Stress is so commonplace, many of us have normalized working with “noise” filling our mind, says Ora Nadrich, mindfulness expert and author of Says Who? How One Simple Question Can Change the Way You Think Forever. Instead, identify negative thoughts that are replaying like a tape loop—such as “I just can’t finish the project in the time I’ve got” or “I can’t stand wasting my time sitting through yet another meeting”—and challenge the thought.

“The question to ask it is ‘Says who?’” says Nadrich. “Is that your belief? Or did someone else plant that idea in your head? It’s amazing what happens when you challenge a thought with a simple question. It disarms its power over us. Most negative thinking was inherited or internalized, and there’s no reason to believe it.”

If a thought does come from our own head, ask if the belief is helping or hurting you. “If it’s ruining our ability to get our work done, we can kick it off the desk,” says Nadrich. “It’s a powerful way to break the habit of working while stressed.”

Start 2017 by firing your inner perfectionist, says human development expert Lois Barth, author of Courage to Sparkle. “Perfectionism is rooted in an outdated belief that we are simply not good enough,” she says. “It is a dead end.”

Instead, establish a “good enough” approach. “The good-enough approach often gets a bad rap, and lands like you’re settling or a slacker, but it’s anything but,” says Barth, who suggests starting small, taking action, and reminding yourself that you can course correct.

“When we fire our perfectionist and allow ourselves to grow in dynamic ways, we have a better chance of staying motivated and on track with our goals,” she says. “The pursuit of our dreams becomes a far more fulfilling experience.”

If you are a stickler for details, following everything to the letter, you could be sabotaging your chance for success because you’re too rigid, says Vicky Oliver, author of Bad Bosses, Crazy Coworkers and Other Office Idiots.

“Sometimes rigidity is hard to shake because it may have helped the person in the past,” she says. “Having high standards is often the silver lining of being quite rigid. But in a team environment, the rigid coworker needs to realize she is being intractable and let go.”

Instead, pick your battles. “It’s an acknowledgment that you absolutely positively cannot win every battle,” says Oliver. “Pick your battles and, by inference, let a lot of things go. You will live longer and you will live to fight another day at the office.”

Moving from aspiration to achievement takes commitment, but many of us believe talent and luck are sufficient, says Suparna Rajaram, a professor of psychology at Stony Brook University.

“Psychological research increasingly shows that grit, a mind-set to learn the needed skills, and sheer practice are necessary ingredients for accomplishing big or small tasks,” she says. “When people lose sight of these steps, they look elsewhere to explain why they cannot complete a project on time. A continued pattern of this behavior can make us look outside for explanations, and one outcome of this can result in making excuses.”

Excuses hold us back from doing the work it takes to succeed or getting a clear understanding of reality. “There will be times when we lose or don’t get what we want or deserve,” says Rajaram. “Accepting that reality can reduce the impulse to make excuses.”

8. Sticking With What Worked In The Past

The workplace is becoming more complex and a new skill set is required to find success, says Richard V. Perrone, chair of the department of human services and psychology at Beacon College. “Folks that are being left behind or held back at work likely are clinging to habits and practices that worked in the past, however, what they quickly find is the reality is just the opposite,” he says. “These are the people who have difficulty relating well to the complexities of today’s workplace.”

To succeed, you must repackage your current skills or learn new skills. “This can be done by thinking beyond the specific function of a task and looking at the task and how it connects to the overall work environment,” says Perrone. “Employees need to accept some level of uncertainty and frustration while they take intelligent risks in getting a positive foothold within their work environment.”

back Ditch Habits Hold This Year 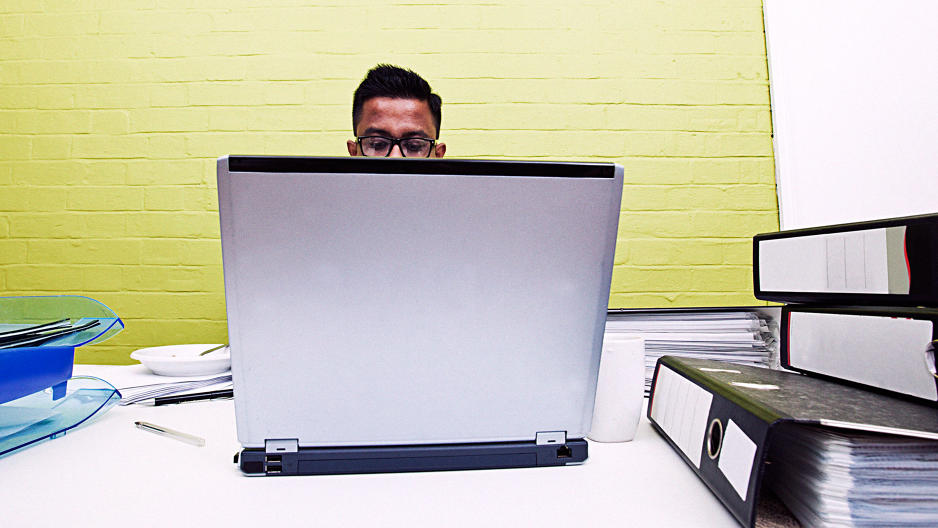