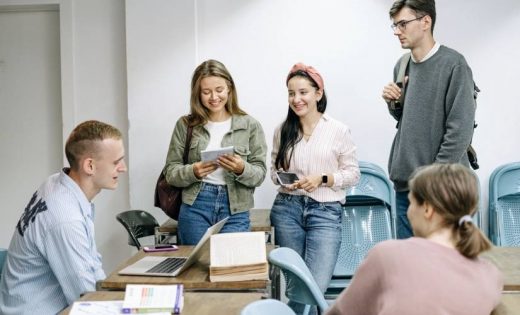 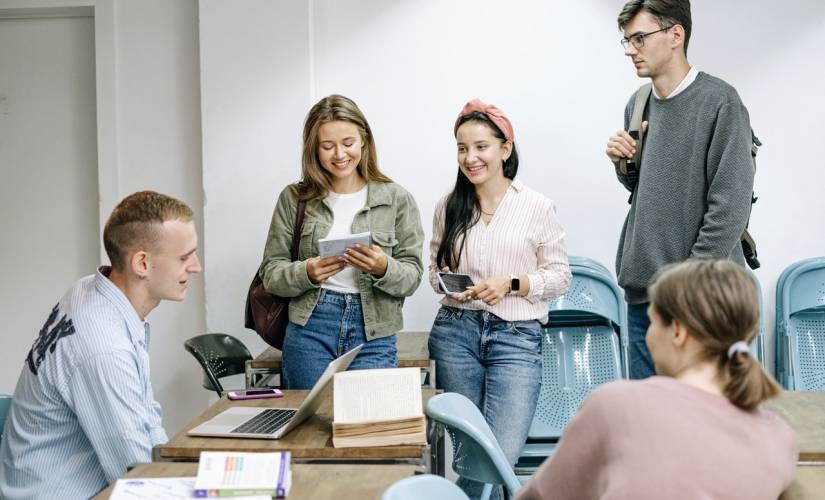 Artificial intelligence (AI), machine learning (ML), and natural language processing (NLP) are three of the most powerful technologies that our modern society has access to. They can process data in huge quantities in a way that no human being could hope to achieve, and they will revolutionize the way we look at every aspect of our lives.

At the same time, they can be pretty complicated to understand, especially for people who aren’t used to working with new technologies.

The problem is that you can’t just bury your head in the sand and hope that AI, ML, and NLP will go away. Because society will move on without you and you’ll end up getting left behind.

The good news is that as long as you use simple language and accessible examples, there’s no reason why you can’t explain them to even the most old-fashioned and tech-averse people in your company.

Your accessibility to the explanations is important because without encouraging other people at your company to buy into new technologies, you’re not going to be able to roll them out across your company.

In fact, these three technologies are already so pervasive that it’s no longer just useful to know about them. It’s mandatory.

With that in mind, let’s take a closer look at AI, ML and NLP, along with their implications for you and your business.

How to explain AI?

Artificial intelligence (AI) is the use of technology to mimic the human brain. Normally, computers and algorithms function by responding to human input and following a set of rules programmed into them when they were first developed.

Artificial intelligence is a little different in that it’s designed to work more like a human being.

For example, let’s use an algorithm that looks at photos to determine whether they show a cat. A traditional algorithm might follow a set of criteria, looking for whiskers or for cat ears, and it might get tricked by someone dressed up for a fancy dress party.

In contrast, an AI algorithm would be provided with thousands of pictures of cats and left to its own devices. It would form its own conclusions of what a cat looked like and be able to function much more like a human being. After all, do you look at a cat and run through a checklist to determine whether it is actually a cat? Or do you just know what a cat looks like?

Artificial intelligence algorithms have also been called “prediction machines,” and the reason for that is that they essentially predict what a human might think or do in any given situation.

That’s actually how self-driving cars work. They don’t have a ton of different algorithms telling them what to do, but rather they’ve analyzed millions of miles of human driving and use that to make predictions on what a human driver would do.

By functioning as a prediction machine and making calculations at an unbelievably rapid rate.

That fast prediction machine and calculations is why AI algorithms can drive cars and or better than human drivers. In fact, some future thinkers suggest that human-driven cars will eventually become illegal as they won’t be as safe as self-driving cars.

How to explain ML?

Machine learning is essentially the next step up from artificial intelligence, although the two of them are similar and often used in conjunction.

The idea behind machine learning is to provide huge amounts of data to an algorithm to draw its own conclusions based on the data.

Machine learning typically requires much less steering than AI, often because the programmers don’t actually know what the algorithm will discover.

A machine learning algorithm would be fed millions of unsorted images and would decide for itself that there were similarities between the photos of cats.

It’s machine learning that powers’ Netflix’s recommendations system, an algorithm known for its power and accuracy.

By analyzing all of its users’ viewing data, Netflix can make super-personalized recommendations for people based on what other, similar users enjoyed. Amazon does something similar with its product recommendations.

What’s particularly interesting about machine learning is that it gets more and more powerful as it gets access to more and more data. It’s a bit like the opposite of diminishing returns, an impressive snowball effect that acts as a gift that keeps on giving.

Machine learning, then, underpins many of the apps and tools that we use daily, and it’s only going to get more and more common as time continues to tick by.

Perhaps that’s no surprise, given the rapid pace at which technology is developing alongside the huge amount of data we’re creating daily.

With so much data and so many disparate systems, machine learning isn’t just nice to have — it is becoming more and more essential.

In many cases, it’s the glue that holds other systems together, and we just couldn’t function without it. In the future, it will only get more and more important to our society, powering everything from our healthcare systems to smarter cities.

How to explain NLP?

Natural language processing is a subset of AI and machine learning that focuses specifically on enabling computers to process and understand human language.

Every time you ask Alexa a question, she’s using natural language processing to understand the context of what’s being said. Then she uses it again when she formulates a response that human beings can understand.

A response that a human can understand makes natural language processing a powerful tool because it basically acts as an interface between humans and robots, bridging the gap between the two.

NLP powers everything from Google’s search engine to commercial chatbots (like zfort dot com and when it’s done well, you won’t even notice that it’s there.

NLP often gets overlooked when compared to AI and machine learning, perhaps because the other two have more “glamorous” (supposedly) uses.

People forget those same algorithms for AI and ML wouldn’t work without NLP. If AI and machine learning are the engines that sit beneath the bonnets of future tools, NLP is the ignition.

Natural Language Processing (NLP) is an interface between humans and machines, essentially allowing us both to talk the same language.

Being the interface is important because AI and machine learning can only work if they have access to data. Natural language processing can help them understand human speech and handwriting.

The ability to translate – NLP

NLP can even be used to take data from one source and translate it into data that another source can read.

The ability to translate into a usable source is what makes natural language processing just as important as artificial intelligence and machine learning. They all work well together to form a smart ecosystem where the different technologies work together to support each other.

Because it’s still relatively early days for AI, ML and NLP, we’re likely to see even more powerful combinations in the future.

Now that you know the fundamentals behind artificial intelligence, machine learning, and natural language processing — you have a new job now. It’s up to you to share what you’ve learned today with the people that you work with.

Remember that it’s important to know about these technologies even if you’re not actively using them because they’re the defining tech trends of our generation.

Believe it! These three technologies are going to revolutionize everything. Knowing what machine learning is today is like knowing what the internet was in 1998.

It’s not enough for just one person in your company to understand this new tech. Your entire company needs to be familiar with these tech trends so that you can have high-level discussions and make important strategic decisions based on knowledge and information and not just gut instinct.

Fortunately, with the information that we’ve shared with you today, you should know more than enough not only to understand AI, ML and NLP. Now, go forward and teach those within your influence — other people need to know and understand the details.

Build allies in your company and business so that you have backing as you drive your business into the future.

Above all else, remember that these new technologies are already a part of our lives and they’re very much here to stay.

They’ve proved their usefulness, and as technology continues to improve and to come down in price, they’ll only become more and more important.

Here’s hoping you successfully convince your co-workers of the software’s potential. Good luck.

The post How to Explain AI, Machine Learning and Natural Language Processing appeared first on ReadWrite.

From 2017 as a CTO at Zfort Group, Andrew concentrates on growing the company into the areas of modern technologies like Artificial Intelligence, BigData, and IoT. Being a CTO, Andrew doesn’t give up programming himself because it is critical for some of the projects Andrew curates as a CTO.