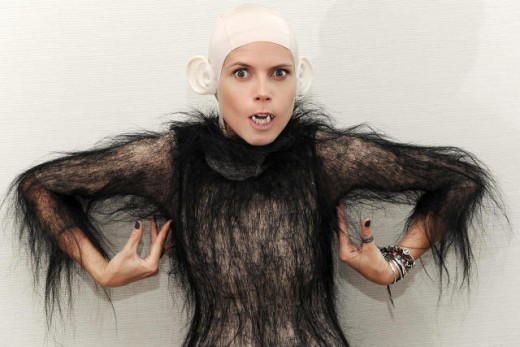 How To Kill It On Halloween, The Heidi Klum Way

We talked to superstar Heidi Klum about how she manages to invent the most creative costumes and throw the best parties every Halloween.

One fall tradition that never goes out of style is finding out how Heidi Klum spent her Halloween—and kicking yourself because it looks objectively better than whatever you did. Again.

Over the years, the model-turned-mogul has established herself as an unofficial monarch of the year’s most macabre holiday. Perhaps you’ve seen her well-documented turn as the teal, multi-armed Hindu goddess, Kali, during her lavish 2008 party. Maybe you saw the otherworldly, eight-foot robot she morphed into two years later. Even knowing about her proclivity for out-dressing and out-partying her upper echelon peers, though, it’s still a fun surprise each November 1 to discover how she managed to do it this time—which wildly elaborate costume she cobbled together, and how debauched her annual soiree ended up while remaining impeccably tasteful. Such highly Instagrammable festivities require something beyond the typical party-planning and sartorial alchemy. How does she even do it? Is there a chance that underneath those baroque costumes lurks an actual sorceress?

For 2015, Co.Create decided not to wait until the day after to play catch-up with Klum through paparazzi photos; we spoke with her in advance to find out the keys to how the Queen of Halloween always slays it.

I’ve always been a more-is-more kind of girl

Her bash this year already has the makings of a classic, sure to turn even those who didn’t paint themselves serpent-colored green with envy. It will be sponsored by GSN’s new horror-themed game show, Hellevator, an appropriately devilish challenge that plunges guests into the depths of hell (metaphorically). Partygoers who don breathable costumes will get down to tunes spun by ?uestlove, while sipping on “Red Hellitinis” provided by SVEDKA . Understandably, Heidi’s lips were sealed when it came to her latest costume—which she promises will be another banger—but she was perfectly willing to spill behind-the-scenes tips for treating the holiday like a reign in hell.

Have you always been a Halloween person, or was it a late awakening?

We didn’t really have Halloween growing up in Germany. We had Carnival in February, which is similar to Halloween. Everyone dresses up in costumes but it’s not spooky or scary. We would stand on the side of the road and the people on the floats would throw candy at everyone. It’s a huge celebration and, especially in my family, we would always dress up. My mom would sew costumes for me, my brother, and my dad. My parents also had big dress-up birthday parties with their friends. Watching my parents have so much fun dressing up in themed birthday parties, I started doing the same when I was 16, 17, and 18 years old—before I left on my journey as a model. I had a space party, a ’70s party and a Flintstone party. I think people probably had more fun dressing up and coming to my birthday parties than they would at other friends’, where everyone was trying to be cool, just sitting around listening to music.

I’ve always been a more-is-more kind of girl. I don’t like to do anything halfway. I was always dressing up when I was a kid or dying my hair different colors. My first big party was in 2000. I was sort of a Goth Heidi. In 2001, I really kicked it up a notch. I was Lady Godiva in white and rode in on a big horse. It was so fun and unexpected! Since then, I’ve tried to out-do myself every year. I love being creative and I loved having all of my guests dressed up so that they all have more fun too. I always put on my invitation that costumes are required and as the years went on, people started to really show up with some amazing costumes. I figured that, as the host of the party, I have to work harder making my costumes as outrageous and imaginative as possible so that others would follow. I think that I have succeeded in that!

What goes into deciding on a costume? Do you wait for the right idea or actively search for one?

I start brainstorming ideas for the following year basically on November 1. I don’t really have a system for picking my costumes, they kind of just come to me. I like to make a big statement with an over-the-top get-up, so I’m no longer recognizable. It’s definitely not a last-minute decision. It takes a ton of preparation. This year, I’m having special prosthetics built so I had a full body casting done in August. I so admire the people who do special effects on movies—their amazing abilities and how passionate they are about their craft. It’s a pain in the ass to sit for five hours to do a body cast and have slime poured all over me, and do fittings and all of that—but when it comes together, I feel like a living art piece that these talented people created for one night. Up until five years ago, I always did the makeup myself. I’ve even sewn wigs onto myself to make my costume larger than life. When I discovered what people in the TV and film world can do, though, that opened up a whole other door.

Can you tell me a bit about the process of putting together the amazing red and purple superhero costume in 2010? Also any other favorites?

That process took about five hours. I actually did my own makeup that year. You can imagine the amount of glitter all around. I wanted to literally loom over everyone so I learned in my backyard how to walk on stilts until I was walking on them like it was nothing. The only issue I had was that I could not fit into the car, so I had to go to a hotel across the street from the venue to put on my stilts and walk across. I think one of my favorite costumes was the year I was a 95-year-old version of myself. I was turning 40 and everyone kept asking me how I was feeling about it, so I wanted to show them I wasn’t afraid of aging or showing what I would look like as an older person. When I pulled up in the Phantom Rolls Royce, it took a few minutes for people to realize it was me. I loved it! I thought of every detail for the look—varicose veins, ridged nails, milky eyes, a special teeth piece, all topped off with a beautiful vintage Chanel suit.

What is the most important thing about a costume, in your opinion? The audacity of it? Novelty? Humor? The little details?

I think the best costumes have the whole package. You have to think of something really creative and go all out with it. Nothing in the middle. You have to really commit, think about all the details, and then have fun.

What kind of place is best for throwing a killer Halloween party?

I love big open spaces with giant dance floors. I love when everyone is out there shaking their booty and having a blast. That, to me, is the best! I am usually still on the dance floor when the lights go on and the cleaning crew asks me to please go home already.

What are the key ingredients for throwing the kind of party where everybody wants to stay on the dance floor with you until the bitter end?

At first, people thought my parties were like most other costumes parties in New York—like they could just wear a funny hat or put glitter on their face—but eventually they got the point that I was serious. And once everyone started to treat it like a costume party where you really had to come in a costume, it not only transformed the mood of the whole night, but it also became a kind of Can-You-Top-This? game—with more and more people wearing increasingly outrageous get-ups. I love when one of my friends comes up to me and I don’t even know who they are.

Any final tips for either putting together an awesome costume or throwing a memorable Halloween party?

I always come up with my costume idea first and then base everything else around that. It’s not necessarily a theme, but it sets the tone for the party. And let’s just say, there is an awful lot you can do with imagination, fabric, glitter and a hot glue gun.

Related: The Worst Halloween Costumes To Wear To Work

Joe Berkowitz is a writer and staff editor at Fast Company. 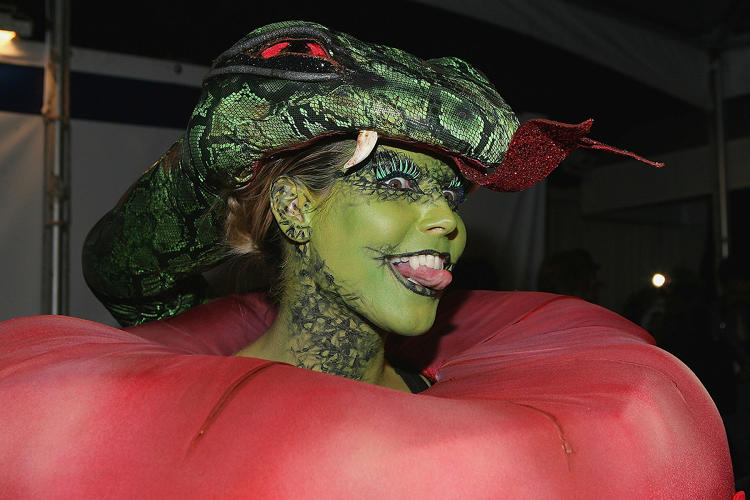 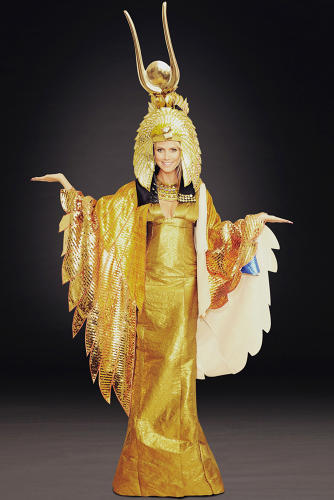 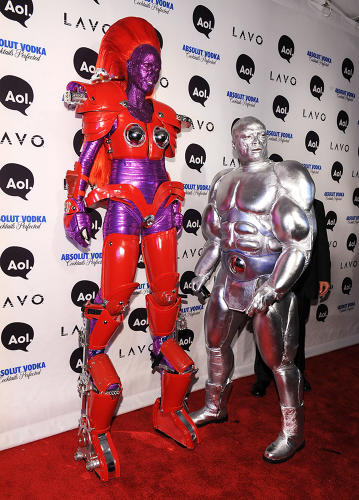 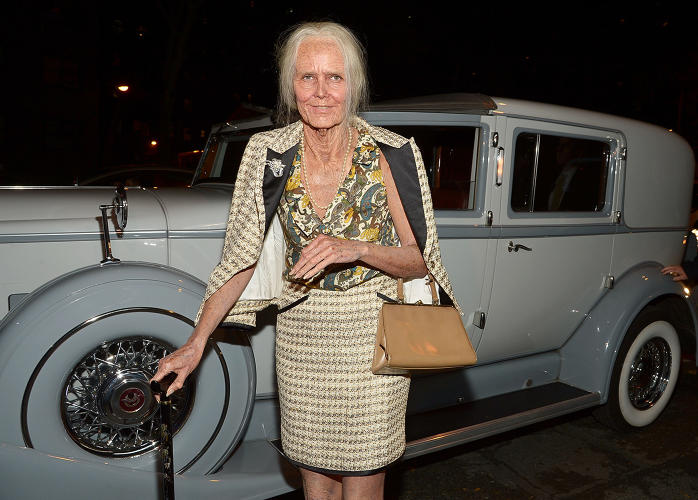 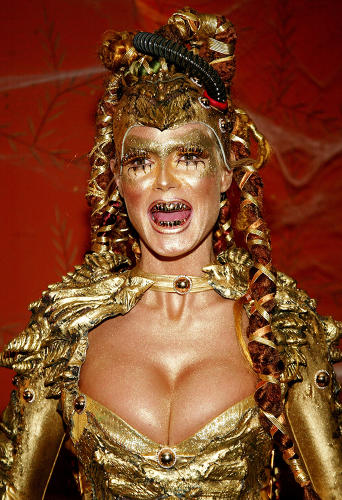 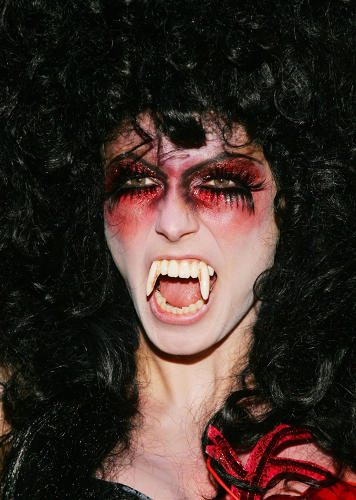 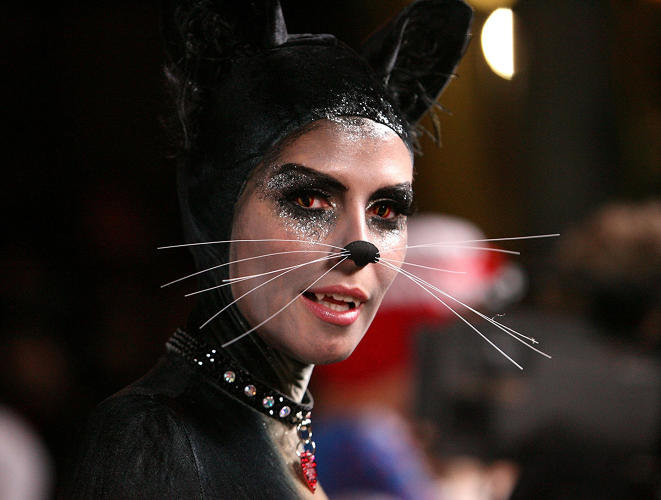 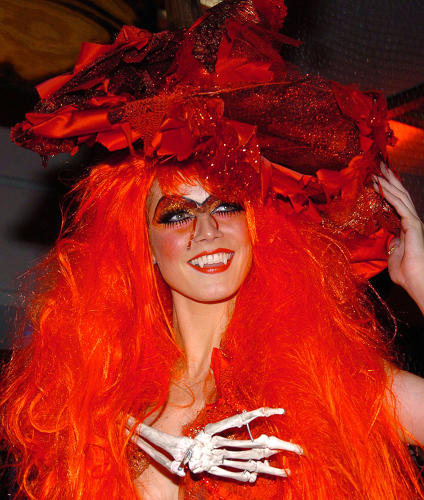 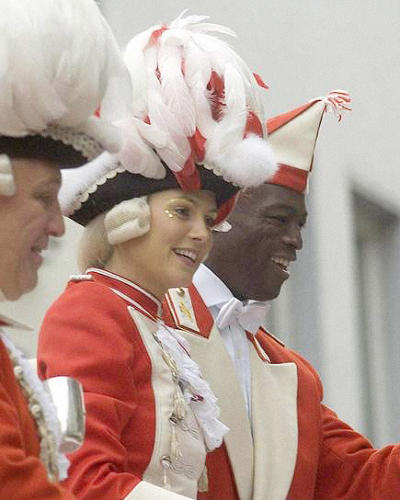 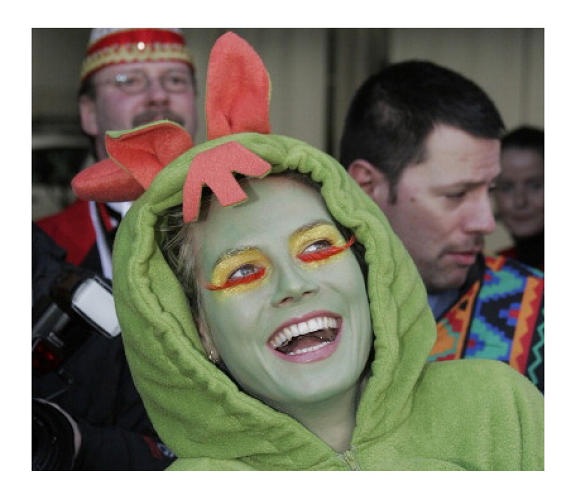 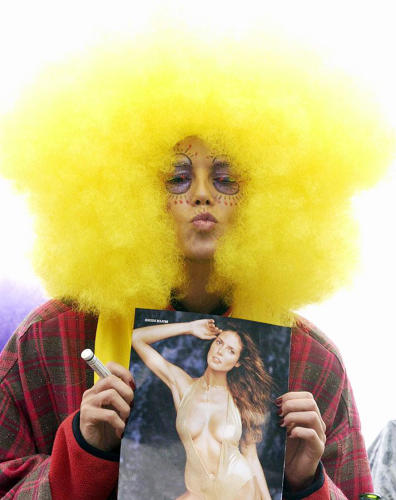 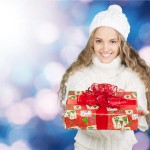 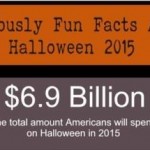 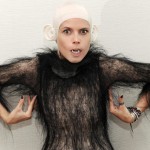 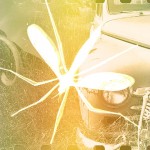 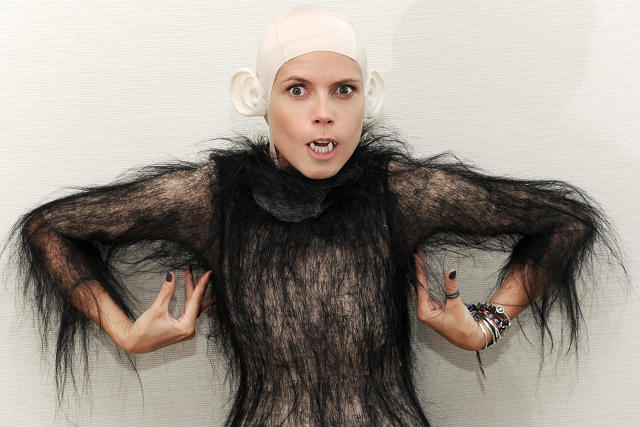