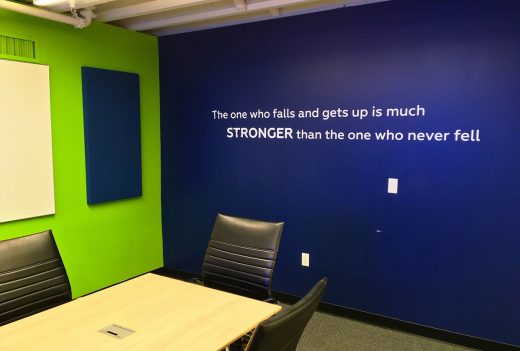 How to Overcome Fear of Failure & Adopt a True Growth Mindset

Millions of people are suffering from a debilitating condition. Physical symptoms include an increased heart rate, dizziness, difficulty breathing, trembling or shaking, and tightness in the chest. Emotional symptoms include feeling powerless, anxious, intense panic, and fear. It’s called atychiphobia, but most people know it as the “fear of failure.”

In many ways, fearing failure is instinctual. We naturally avoid risk — scientists call this the safety bias. This defense mechanism of the brain and body keeps us alive and prevents us from entering or remaining in dangerous situations.

With less physical risks in our modern world, our brains now try to shield us from things like shame, embarrassment, and failure. Our tolerance for pain and discomfort, even emotional discomfort, is so low that most of us prefer the elimination of all risk to choosing an alternative option that would produce a greater outcome overall. But playing it safe is riskier than you think. To thrive in today’s complex digital economy, we need to not only tolerate failure but embrace it.

The necessity of failure

Google, one of the most successful companies in history, set out to discover the key ingredients behind successful teams. The study, dubbed Project Aristotle, took place over multiple years and involved thousands of people. So what did they discover? The number one trait amongst the highest-performing teams was psychological safety:

“In a team with high psychological safety, teammates feel safe to take risks around their team members. They feel confident that no one on the team will embarrass or punish anyone else for admitting a mistake, asking a question, or offering a new idea.”

So clearly, there’s a link between innovation and embracing failure. In our era of unprecedented disruption and change, companies that don’t take risks find themselves fading into obsolescence, or worse, bankruptcy. It’s absolutely critical to a company’s survival for risk-taking to be part of its DNA and culture. Modern history is littered with corporate behemoths that went the way of the dodo because of a lack of innovation and risk-taking.

Some of the world’s most brilliant minds have not just tolerated failure, but encouraged it.

The power of mindset

Babe Ruth is one of the most famous baseball players of all time, idolized by millions around the globe. Even people who don’t follow baseball can tell you that he set a record for home runs. But did you know that he also set a record for the most strikeouts?

“A batter was supposed to protect the plate, get a piece of the ball, as in the cognate game of cricket,” wrote biographer Robert Creamer in his book “Babe: The Legend Comes to Life.”

“In Ruth’s case, however, a strikeout was only a momentary, if melodramatic, setback. Protecting the plate declined in importance, along with the sacrifice and the steal.” His style of play was unlike anything baseball had ever seen. In an instant, he fundamentally changed the way the game was played right down to this day.

“Every strike brings me closer to the next home run,” Babe Ruth once quipped. For Babe, failure was a tool to reach success.

“Until you make it safe to learn and make failure a positive thing, people won’t make big changes,” says Charlene Li, principal analyst at Altimeter, a Prophet company. But to embrace failure and instill that into the fabric of a team requires a change of mindset. People need to see failure not as a series of setbacks, but as a competitive advantage. In her book “Mindset,” Carol Dweck identified two ways of thinking — fixed and growth mindset:

(Table based off a graphic by Nigel Holmes)

A fixed mindset inhibits growth and learning, while a growth mindset can help you view failure in a positive light and use it to propel yourself forward.

1. Make everything a learning opportunity

Celebrate failures as opportunities to learn. After each project, circle back with the team to see what learnings can be applied to the next project. Invite everyone to share what did, and more importantly, didn’t work. If people seem reluctant to share, start with a few ways you’re going to try and improve for next time.

As a manager or team lead, you should do what you can to minimize risk but help the team come to terms with the fact that not everything can be anticipated. Instead, it’s better to fail fast and often. Consistent, small failures help you avoid painful big ones. This is not to say that failure is the goal, but the learning that comes along with it is.

2. Give and seek out feedback

Feedback is vital for course correction. The more often you can get it, the better it is for everyone. Ask for feedback from your team constantly and look for opportunities to give it. By being open to feedback yourself, you set the tone for others to be comfortable giving helpful feedback to each other. When everyone feels like they can give honest feedback, they’ll be more willing to receive it themselves.

If you’ve received some helpful feedback, put it to work and circle back with the giver once you’ve implemented their suggestions. People will be more likely to offer honest feedback if they feel it actually matters. Keep in mind that feedback doesn’t have to focus only on what needs to be improved. Look for ways to highlight positives wherever possible.

When things go well, it’s easy to heap praise on the people responsible, whether that be ourselves or others. But it’s critical to praise the process that led to success. This will enforce to yourself and others that skills are learnable and not fixed. According to Carol Dweck, “If you believe that your intelligence is malleable and something you can change with effort, that tends to make you have a positive attitude towards effort.”

Even if the project was a total disaster, you should still look for things to commend people for. Highlight the amount of engagement from each team member, praise the communication and follow-through, or even say a few words about the team’s perseverance. This will empower everyone to keep trying and focusing on improving.

When the fear of failure runs rampant, people withhold their thoughts and opinions. They become more concerned with avoiding being wrong and rocking the boat than with changing things for the better. These attitudes are dangerous. The best ideas come from having a multitude to choose from, good and bad. For more fruitful brainstorms, give people time to come up with ideas before the meeting. The goal is to have everyone show up armed with dozens of ideas you can quickly comb through.

Promote divergent thinking and avoid closing problems down too early. Balance this with the need to push the team to think bigger if they’ve settled on something too early. Assign someone the role of devil’s advocate. Make it this person’s job to challenge the top ideas and the integrity of the plan. And remember, diversity can be one of your greatest strengths — promote it as much as possible. Ensure that everyone involved has an opportunity to speak.

As a manager or team lead, part of your role is to give people opportunities to learn and grow. Highlight the skills of each team member and frame them as resources for others to draw on. This not only promotes positivity on your team but will motivate everyone to live up to those high expectations and help others.

Coaching is something every team member should share in. Have team members share their learnings with others at regular intervals, especially learning that came from failures. By doing this, you’ll be harnessing the power of failure to help everyone grow and move forward.

Fail together, win together 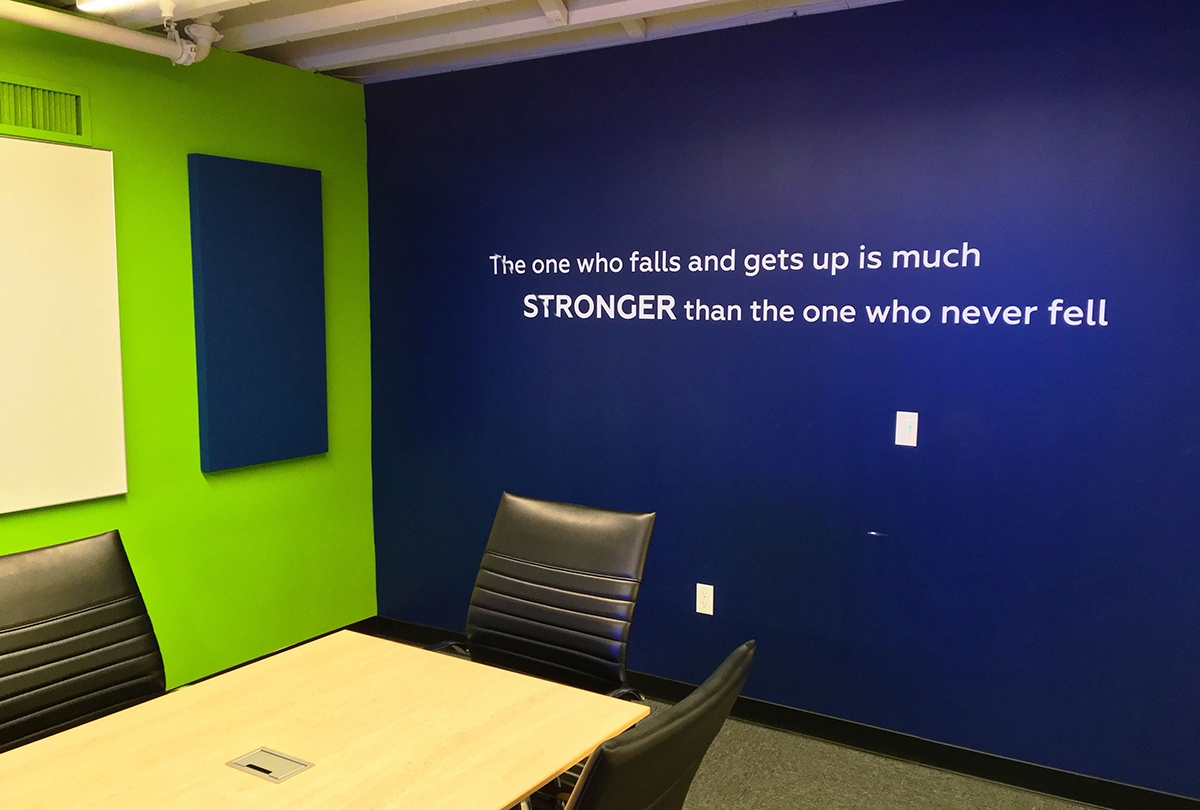 We have 3 main values at Wrike — Grow, Execute, and Collaborate. Living and breathing these values have helped us cultivate a culture of growth and conquer our fears of failure.

It sounds counterintuitive, but the safest thing a team can do is take risks. Collaboration, supporting each other’s growth, and helping others quickly recover from failures have been key to our development and can transform your team as well. By breaking free of the fear of failure and adopting a true growth mindset, you’ll be setting your team and yourself on the path to success.

Daniel is a writer and marketer with a passion for psychology. At Wrike, Daniel crafts impactful thought leadership pieces that help teams and organizations become insanely productive. Prior to Wrike, Daniel led marketing for ZURB, one of the world’s leading product design companies. His innovative approach to email marketing has… View full profile ›