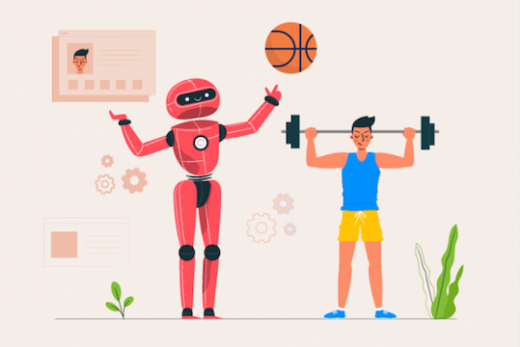 How Will Artificial Intelligence Change the World of Sports?

How Will Artificial Intelligence Change the World of Sports? 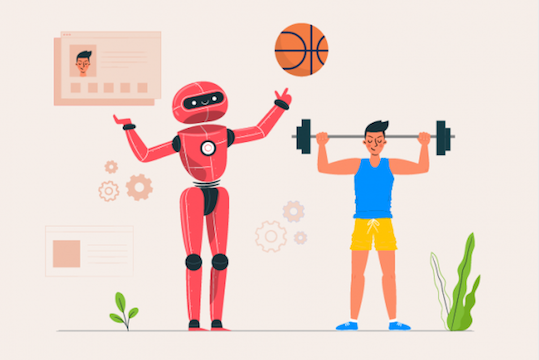 Today, the technological landscape is expanding by all leaps and bounds, and Artificial Intelligence (AI) remains in the thick of it. A technology that is one for the present and future, AI is playing a massive role in shaping businesses to the core. From healthcare and entertainment to commerce and sports, Artificial Intelligence is transforming every industrial vertical for good. Here is how artificial intelligence will change the world of sports.

Speaking of the sports industry itself, the presence of AI today is to be seen in just about every major league around the world. From NHL and NFL to NASCAR and NBA, AI has changed the way we think of the sports world today. Take an example of Northern Sports only, for instance. The industry crossed a staggering figure of $ 73.5 billion by the end of the year 2019.

Okay — so, COVID-19 has caused a dent in the sports system — and a problem for sports. But we’ll get back on track! And, if you long to know more about how AI has impacted the sports world, here is a compiled, detailed list.

It’s fun and interesting to understand how Artificial Intelligence will shape or change the world sporting ecosystem around the world.

AI is changing the Sports world for good.

Be it soccer, basketball, baseball, or any other game, analyzing the performance data of players has been an age-long factor in determining whether a particular player will be successful at the club or not. Not only is the performance data analyzed for the recruitment of the players but also to determine the impact of a player mid-season.

Now while these performance data aren’t as accurate and contain numerous loopholes, the integration of AI into this process is making it more reliable and easy. AI can now analyze all the historical data about a particular player in order to come with a conclusion about whether or not a player would have an impact on the club. This even helps in determining what should be the market value of the player in the transfer window.

2. Use of Deep Learning by AI in NASCAR

Nascar is one of the famed sports around the world watched by millions of people in the US alone. However, there’s a dark side to this sport. Since the year 1950, NASCAR has recorded an average of more than one death annually. So in order to counter this problem, AI has a vital role to play.

With the help of deep learning, Artificial Intelligence is making use of the neural network that can identify a malfunction or kind of issue in the car much before the driver is at risk. Car AI is a technology that has been trained on a dataset to identify more than a thousand images of cars in multiple conditions and can be a boon in the world of NASCAR by making sure that the drivers are safe.

3. The Rise of Automated Journalism

Automated Journalism in the world of sports is now becoming a reality. Thanks to AI, an associated press like Minor League Baseball (MiLB) is now expanding its reach in journalism.

With the help of a platform called Wordsmith that uses statistics and data to come with narratives using the natural language, the press is now able to cover 13 leagues and more than 140 teams affiliated with MLB.

The “sporty” platform has brought a significant rise in the number of stories that the press is now able to cover. As per a report, this rise is a nearly 12-fold increase as compared to the press’ manual ways of reporting. Today, MiLB has covered more than 1500 such stories with the help of Wordsmith and AI. If you are a sports fan, like we all are — try it out.

4. The Role of AI in Coaching

With the help of Artificial Intelligence, coaches around the world can now analyze their own weaknesses as well. This has brought a drastic change in the way we think of traditional coaching methods. Today, there are minimal chances of any issues regarding the playing style of a team being overlooked by a coach.

Keeping the fans happy is one of the vital things for a league or club to do, and with the help of AI now, the experience of fans is bound to get better. Various teams from different leagues around the world have begun the use of AI-based chatbots to answer the queries of fans.

Similarly, Artificial Intelligence is being integrated to build algorithms that can customize the match highlights in different forms and lengths as per user preferences.

The world of sports offers ample opportunities for technology to expand its horizon. From deep learning systems ensuring the safety of players to a sports app development company (called appinventive dot com) creating apps that optimize fans’ experience. There is a lot to look forward to from Artificial Intelligence in the sports world.

The post How Will Artificial Intelligence Change the World of Sports? appeared first on ReadWrite.

Andrea Laura is a very creative writer and active contributor who love to share informative news or updates on various topics and brings great information to her readers. Being writing as her hobby, Andrea has come out with many interesting topics and information that attracts readers to unravel her write-up. Her content is featured on many mainstream sites & blogs.