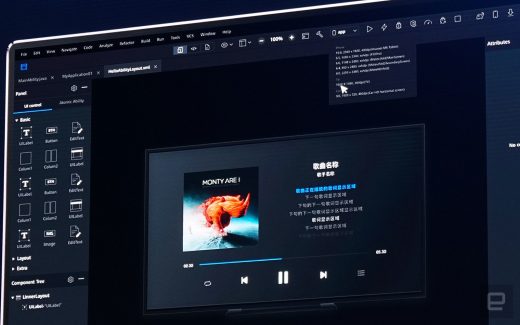 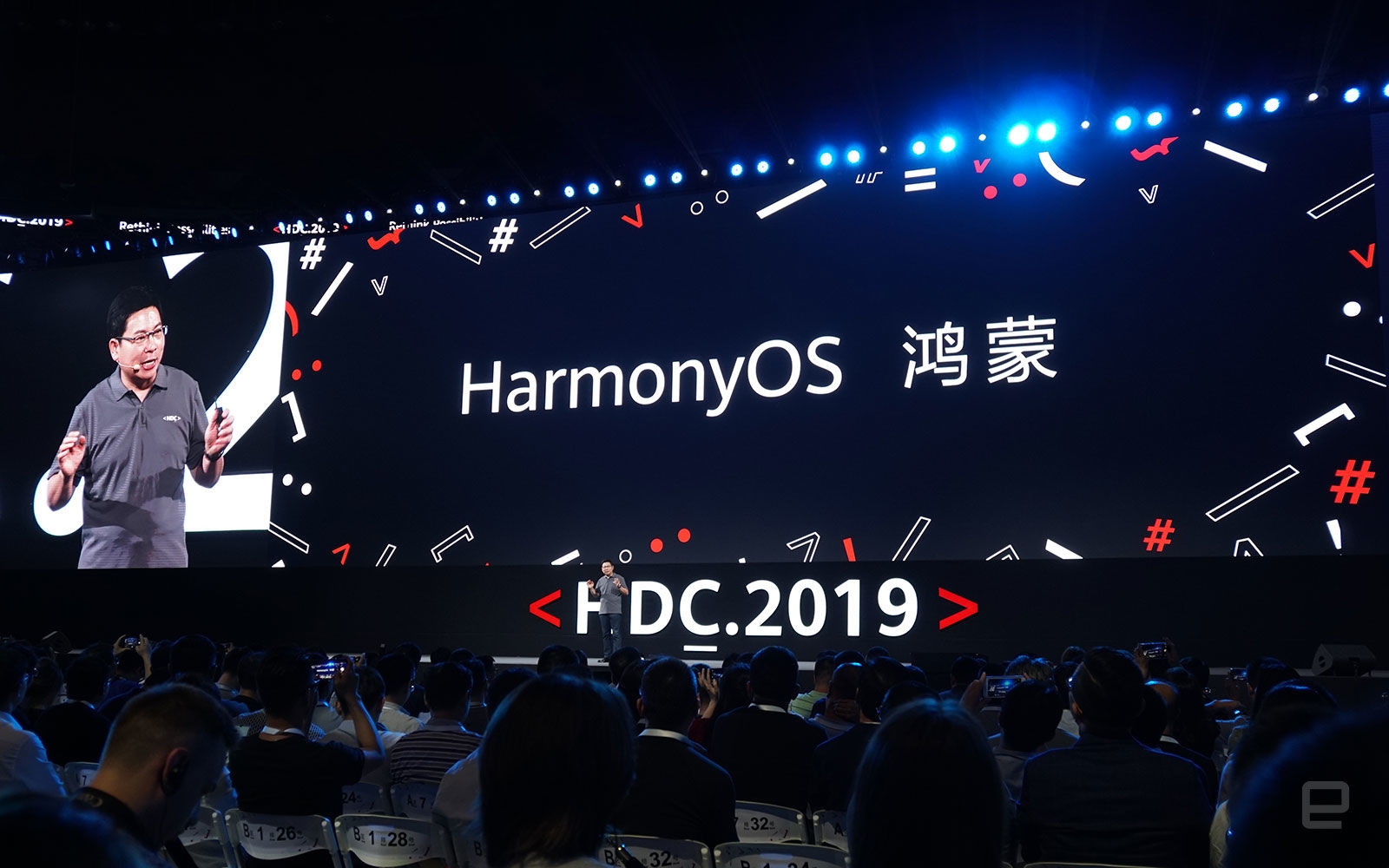 Huawei’s long-rumored Android alternative, Hongmeng, is finally official. At today’s Huawei Developer Conference, the company’s Consumer Business Group CEO Richard Yu surprised the audience by unveiling “HarmonyOS,” which he says is faster and safer than Android. That said, the software is primarily aimed at IoT products (such as smart displays, wearables, smart speakers and in-car devices) instead of smartphones. Yu says that when Huawei can no longer access Google’s Android ecosystem, the company can deploy HarmonyOS “at any time.” Until then, Huawei will continue to support Android.

Yu’s presentation was rather technical but in a nutshell, HarmonyOS is positioned as a future-proof, “microkernel-based, distributed OS for all scenarios.” The platform is open source, and it’s actually more of a competitor to Google’s upcoming Fuchsia, given that both are microkernel-based and can be used on multiple types of devices at once. In his on-stage presentation he said that Android isn’t as efficient due to its redundant codes, outdated scheduling mechanism and general fragmentation issues. Shots fired. 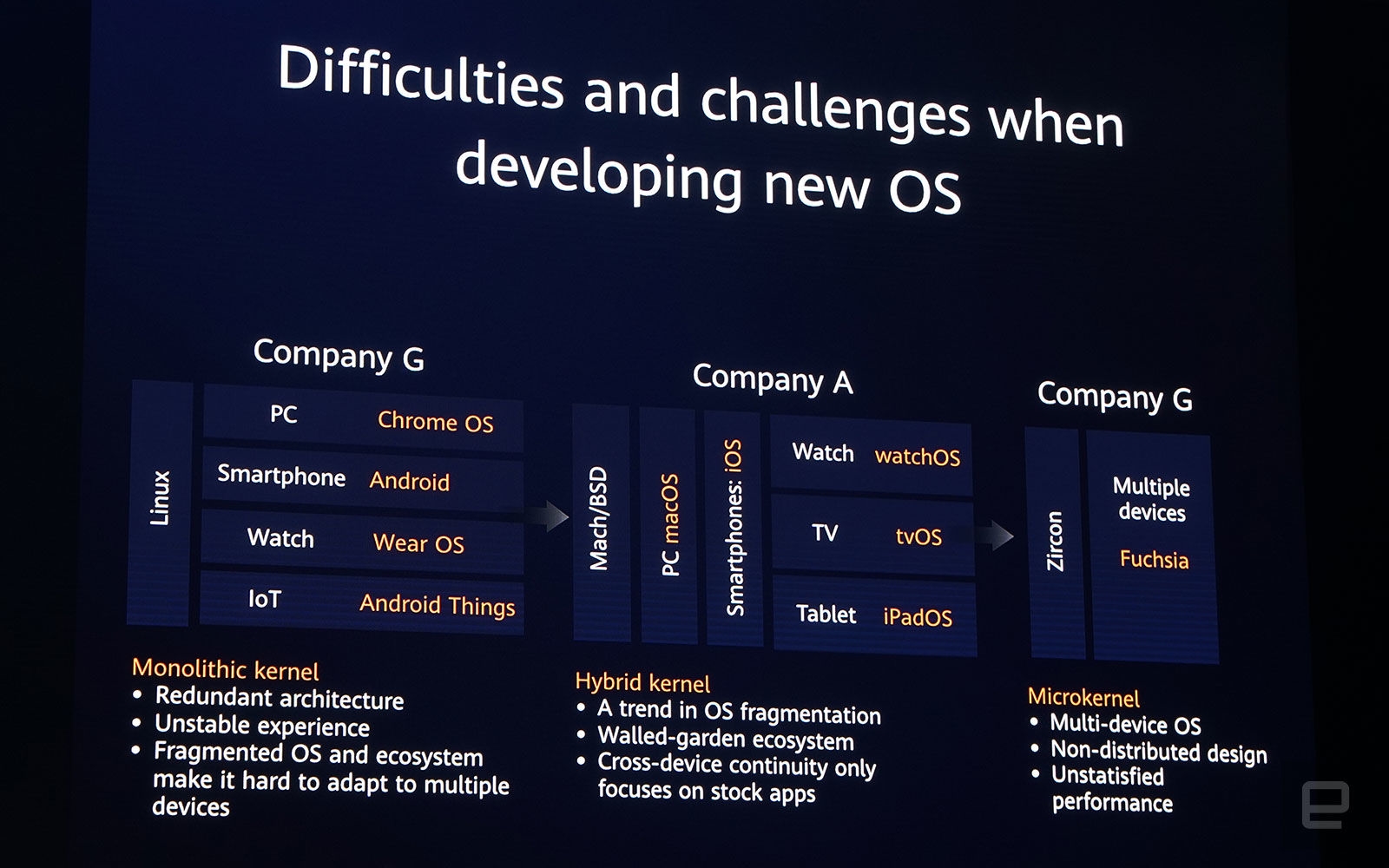 With a microkernel design, HarmonyOS should be safer from the get-go as there is no root access available; the microkernel is protected by isolation from external kernel services. The system also applies formal verification — a set of mathematical approaches used in security-critical fields — to reliably spot vulnerabilities, whereas traditional methods are likely to miss some.

In addition to being a lightweight system, Huawei says HarmonyOS will offer some performance boosts. For one, it’ll feature a “Deterministic Latency Engine” that can better allocate system resources using real-time analysis and forecasting. Android, on the other hand, is stuck with the Linux kernel’s less-intelligent fair scheduling mechanism. HarmonyOS also allows for very fast “Inter Process Communication” — the link between its microkernel and external kernel services like file systems, networks, drivers, apps and more. Huawei claims that HarmonyOS’ IPC performance is five times that of Google’s Fuchsia, and three times that of QNX. 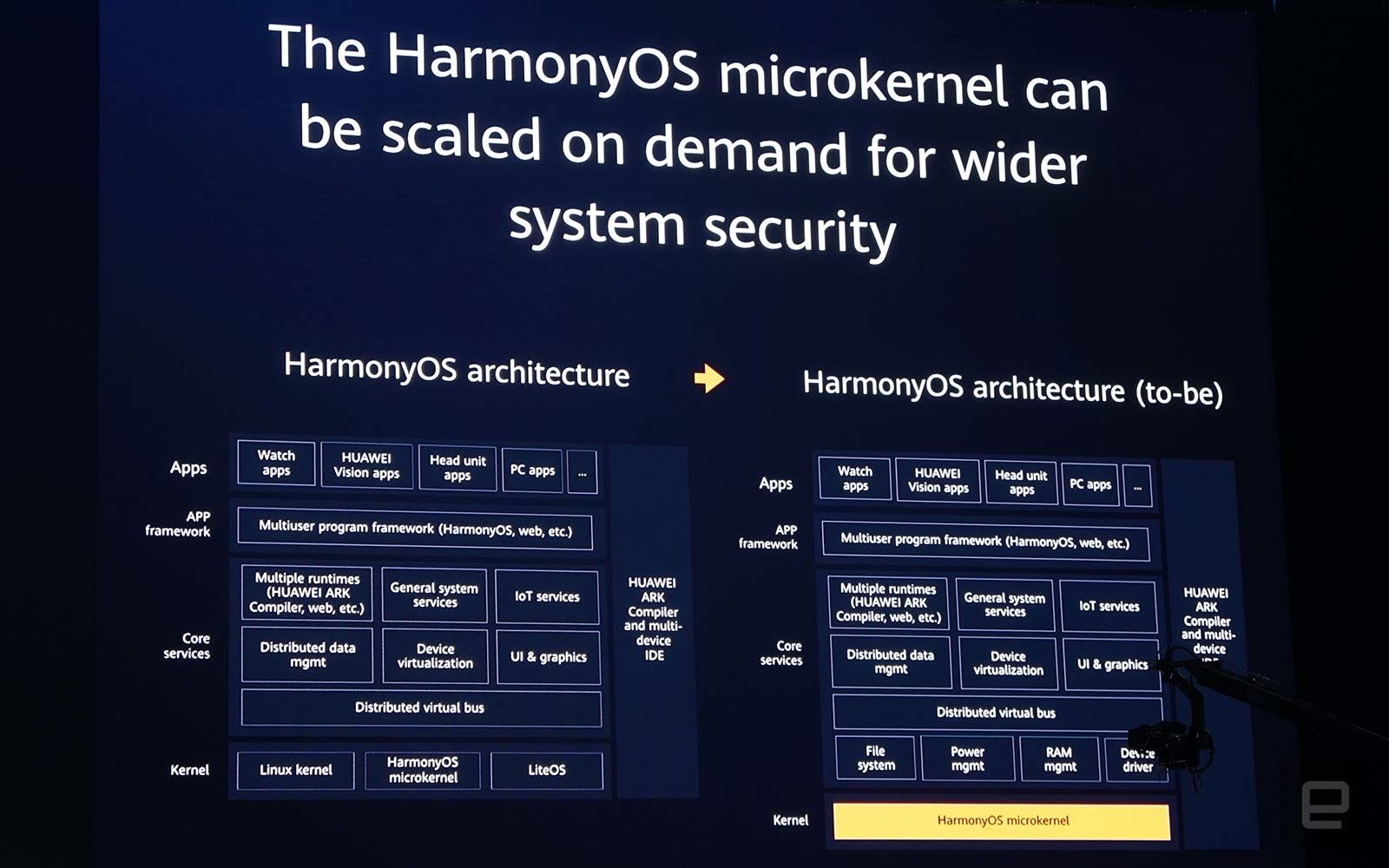 According to Yu, HarmonyOS has been in the works since 2017, and the version Huawei unveiled today will initially target smart display products, such as the Huawei Vision due later this year. While this release still packs a Linux kernel and Huawei’s earlier LiteOS kernel alongside its own microkernel, version 2.0, which is expected sometime in 2020, will feature just a HarmonyOS microkernel, thus making it a true HarmonyOS. It’ll also support high-performance graphics then, to the point where the company hopes it will be powering “innovative PCs” along with wearables, in-car head units, speakers and VR glasses.

It’s clear that Huawei has intentionally avoided mentioning “smartphones” in its slides and press materials today, likely to avoid upsetting its partners over at Google, but Yu wasn’t afraid to admit that there may come a time when his company can no longer support the Android ecosystem. Regardless, developers will be able to port their Android apps over to HarmonyOS using Huawei’s ARK compiler. 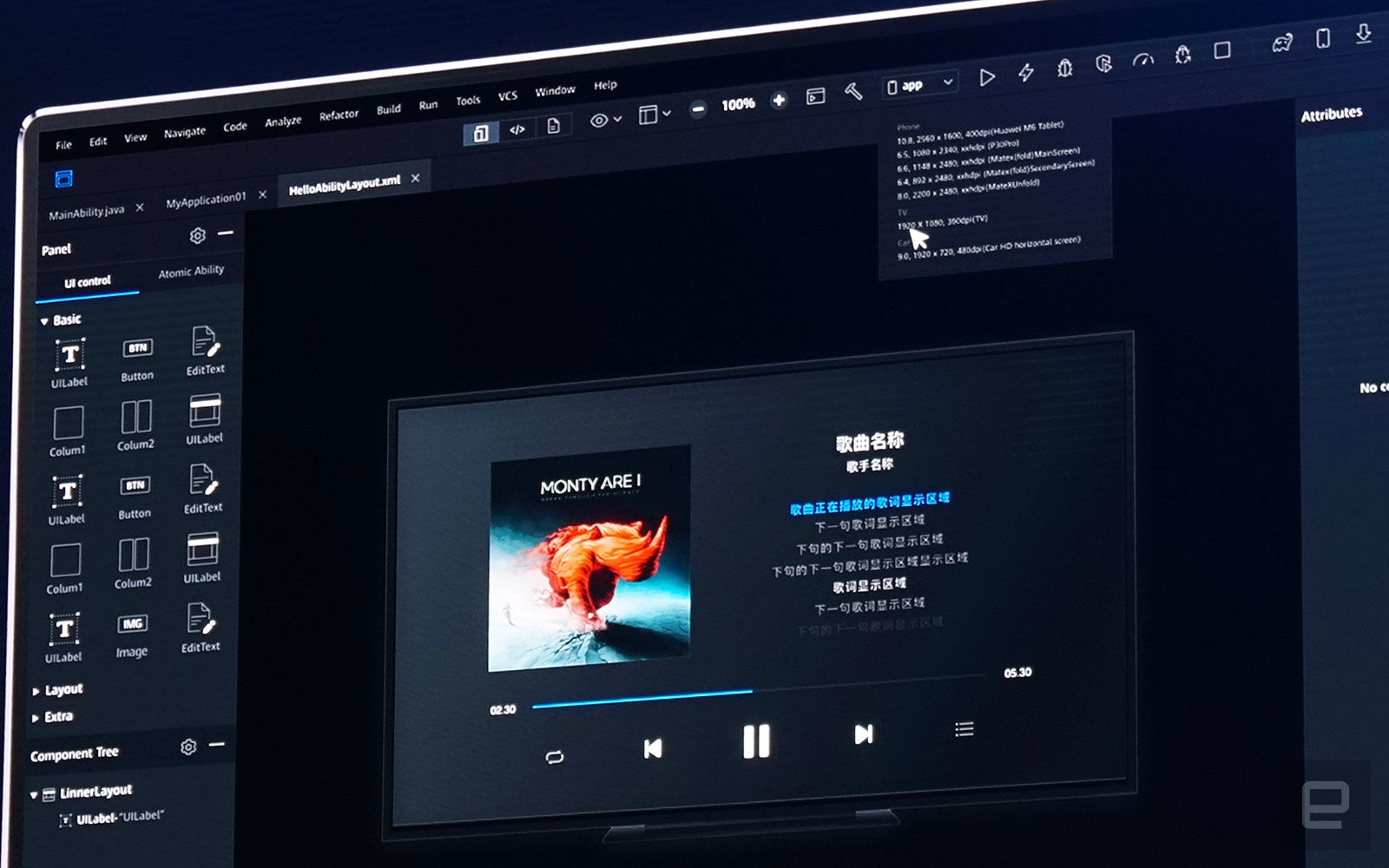 While the exec claimed that HarmonyOS is ready to go “at any time,” it’s hard to tell whether all its supposed advantages will win over developers and users — especially those in the US. We’ve seen Samsung’s attempt to overthrow Android back in the days using Tizen, but nowadays it’s nothing more than the software powering its Galaxy wearables. Windows 10 Mobile is obviously another prime example, despite its emphasis on productivity and security.

And then, of course, Huawei still has a trust issue in the west. Despite strong financial performance recently, the company is cautious of its future due to continued pressure from the US government and its allies. In a way, Huawei is facing a tougher challenge than previous failed mobile OS attempts, and it may have to do more than building its own ecosystem.