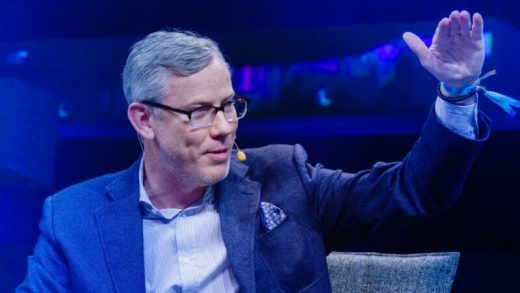 Although the concepts of inbound theory are no longer revolutionary, it’s still possible to move the needle on returns with the right kind of attention. 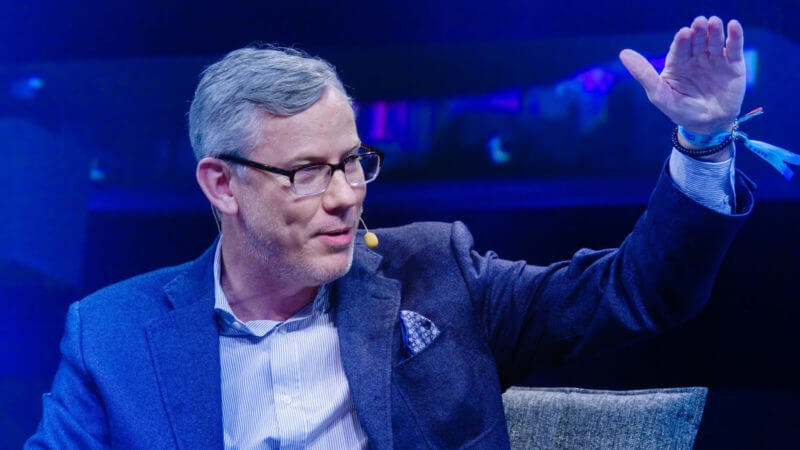 We’re approaching ten years since Brian Halligan wrote the book on inbound marketing. As the book and the approach to marketing turn a decade old, how has inbound aged?

Creating enough (and good enough) content to feed the inbound machine demands more of marketers’ time and budgets every year. Ranking in Google is more competitive. Social newsfeed algorithms impose limits on reach for branded posts. And breaking through the noise to forge meaningful connections with your ideal audience members has become more elusive.

In 2019, is inbound marketing becoming less effective, or is it possible that as marketers, we need to change our approaches?

In the hours following his recent presentation at the Slush conference in Helsinki, I got the chance to sit down and talk with Brian Halligan, co-founder and CEO of HubSpot. Along with Dharmesh Shah, Brian Halligan is the figurehead of the inbound movement.

Among other things, Halligan and I discussed inbound’s longevity and evolution. Here are some of his insights.

More than just a buzzword – a differentiation strategy

As awareness of HubSpot and inbound marketing has spread over the past decade, lines between inbound and plain old online marketing sometimes blurred. The idea that companies need to publish great, helpful content to attract and nurture an audience is no longer revolutionary. Outbound marketing has become more inbound, and vice versa.

One could either see these changes as signs that inbound was always more of a theory than a practice – or that Halligan and Shah’s vision was so spot-on that it the world went ahead and adopted it.

According to Halligan, his plan was always to change the way marketers think about what we do. He sees the “movement” as a key part of HubSpot’s differentiation positioning.

“We spent half our marketing energy on [the inbound movement] and half on HubSpot. It was a tremendously large initiative that still goes. We wrote a book about it. We have a big conference about it…. It helped that it was a polarizing name, like, ‘good guys inbound, bad guys outbound,’ old versus new. That yin and yang polarization worked. It captured the gestalt of what was happening at the time.”

While “pure inbound” marketing, relying solely on organic acquisition, may not be enough in the current landscape, that’s because the landscape has become more inbound as a whole.

For example, look at the term “conversational marketing,” first coined by Drift and later adopted by HubSpot. Halligan credits his Bostonian allies for coining an industry term much like HubSpot did with inbound a decade ago. But he asserts that conversational business is bigger than marketing alone.

“They did a nice job putting a word on it,” he said. “But I don’t actually like the term of conversational marketing. It’s more like conversational business because it applies to marketing, sales and service. People don’t want to email back and forth anymore. They don’t really want to talk on the phone anymore. They want to chat.”

Marketers getting started with inbound marketing now are doing so in a more crowded content landscape than ever. You can’t start blogging and then declare inbound marketing doesn’t work when you’re a month in and don’t have any new customers from it yet.

That doesn’t mean it can’t be done, though. It just requires more patience. Well, that and content promotion methods that would have seemed like sci-fi ten years ago. Retargeting funnels? Proximity-triggered push notifications with deep links? Influencer-hosted virtual summits?

“Inbound marketing at scale works incredibly well,” said Halligan in Helsinki. “If you look at our cost to acquire customer over time, it’s largely trending down over time…. We’re our own best case study.”

The catch is simply that you don’t get to see results right away, as you once could. Gone are the days where merely creating content was enough to succeed with inbound marketing, simply because none of your competitors were publishing anything or active on any social platforms.

Halligan is quick to note how search discovery of content marketing has changed. However, done right, the long-term investment in content and inbound marketing still pays off the longer you stay committed.

“If you can write well, and you can get cranking on your link development strategy, and get a bunch of links into your site, you’ll start to rank,” he noted. “Then the ball starts to roll. It’s like a snowball that rolls down a hill. On day one, there’s no mojo from it, but through day 180, if you’ve been writing a good piece of content two, three times a week, it still works incredibly well.”

Quality, quantity and the right kind of attention

One of the biggest benefits of inbound marketing and creating content has always been its exponential impact. Unlike outbound tactics like paid marketing, where the results stop as soon as you scale back on your investment in it, inbound marketing’s results continue to compound.

For example, HubSpot’s blog content from years ago continues to attract a relevant audience. “We are cranking through all that content we’ve created over time. All the links we’ve created, all the social media mojo,” Halligan beamed as he told me of his brand’s main publishing arm.

Today’s marketers need to remember that publishing content in high volume if it isn’t authoritative and compelling, isn’t going to work. Today there’s a much higher bar for what kind of content will successfully attract and convert new customers than there used to be.

“For a long time, you could write anything, and you could rank, but Google gets smarter and smarter,” Halligan said. “They know how to tell quality and quantity. The internet, in general, has gotten better at weeding that out.”

One area that could still use improvement, though, is the way our social platforms reward sensationalism. Taking a stand as an organization is still a valid, often impactful marketing tactic. But today, we need to be more careful than ever before about what kind of attention we’re attracting.

“One of the disturbing trends on the internet, one of the things that this whole Facebook thing has pointed out is, people like to look at car crashes,” Halligan said.

“If you’re writing a car crash type article, that is salacious in some way. Unfortunately, that will spread. You see that in the political landscape. It’s really polarized U.S. society to a large extent. That’s one of the other developments that’s happening on the internet. If you take a stand, and even the wrong stand, that content spreads.”

Prepare for the future now

You might not be able to achieve significant results with inbound marketing that you could back when it was first codified. And the concepts underlying inbound theory are no longer revolutionary. We’re no longer at the dawn of the customer-centric age.

But yes, it’s still possible to move the needle simply by providing your ideal sales prospects with wisdom that makes their lives better – especially if you can justify putting some promotional muscle behind those media assets and engaging in conversations around them.

If Halligan is right, then the best time to get started on that is now, because the returns will eventually snowball.

Ben Jacobson is a marketing strategy consultant based in greater Tel Aviv. He specializes in content, email, social media, branding and influencer marketing. Ben’s writing has appeared in publications including The Next Web, ClickZ, the HubSpot blog and Orbit Media.