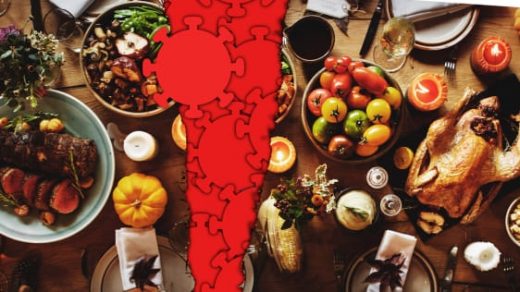 I can’t believe I have to say this, but there is no war on Thanksgiving, just a war on COVID-19

The worst part of Thanksgiving used to be having enough relatives and booze in a small room that a political disagreement was bound to break out.

This year, with the holiday falling amidst the most devastating COVID-19 surge since the spring, the worst part of Thanksgiving is having enough relatives and booze in a small room that a superspreader event is bound to break out.

What makes it an even more galling prospect, however, is the fact that so many high-profile Republican politicians and pundits have turned this Thanksgiving into yet another battle in the culture wars. According to them, if you’re not defiantly flouting safety guidelines to celebrate with extended family in person, you are a bad patriot who caved in to the libs.

Last year, the idea of a war on Thanksgiving was mostly a joke.

Donald Trump had made the holiday into a cultural flashpoint, claiming that “some people” wanted to change the name Thanksgiving to something less offensive, much the same way they wanted to abolish Christmas, because of course he did. He’s Donald Trump. That’s just what he does.

The war on Christmas is over.
Long live the war on Thanksgiving. pic.twitter.com/kzXnIcVBbm

It was a typically ridiculous Boomer-bait gripe that would inevitably subside whenever Trump landed upon a new beloved holiday that liberals were trying to cancel. (Some people are trying to take away your New Year’s Eve because they hate kissing and expensive cab rides!)

The supposed War on Thanksgiving was easy enough to ignore, and most people did. But ignoring it this year is not an option. All of the Republicans defiantly celebrating in-person, germ-adjacent Thanksgivings on Thursday, November 26, present a grave threat to not just themselves, but also their entire communities, along with America’s already overwhelmed healthcare workers.

From the very beginning of this pandemic, Trump and his supporters/enablers have been more demonstrably upset about efforts to curb the pandemic than they have been about the pandemic itself. “The cure can’t be worse than the problem,” Trump has said many times, presumably because using the word “disease” would be too on-the-nose.

While he and like-minded politicians and pundits have seemingly worked harder to incubate distrust in the disease experts than to fight the disease, America has been rocked to the core by a second wave everyone saw coming but nobody at the highest levels of government lifted a finger to prevent.

And now, right on schedule, Trump and his cohort are acting aggrieved at the idea of skipping one Thanksgiving because the entire country is in an Uncontrolled Spread state of COVID-19 saturation.

If you vote for Biden, your kids will not be in school, there will be no graduations, no weddings, no Thanksgiving, no Christmas, and no Fourth of July! pic.twitter.com/Pjyd8TGXME

As for me and my household: we WILL celebrate Thanksgiving. We will have a house FULL of family, friends and kin. We will give thanks together, pray together and make merry with grateful and joyous hearts. This is now rebellion.

Twitter Leftists are losing their minds that we’re not willing to give up Thanksgiving.

Wait till they find out we won’t give up Christmas either. https://t.co/bkiVZ9xLGK

Every patriot should throw massive Thanksgiving celebrations. Make them fine and arrest all of us. The totalitarianism ends now.

These people are acting as though asking folks to do a virtual Thanksgiving one time is impinging on religious liberties. They are suggesting that Thanksgiving is more than a family tradition and a food festival, but rather some sacred tribute to the grade school version of our mythic Pilgrim fantasy. Senator Tom Cotton is even using it as a disgusting way to suggest that Ilhan Omar, who fled a Somalian civil war for America as a child, should feel grateful for ever being allowed into this great, COVID-coated country.

As someone who, like the Pilgrims, sought refuge in America, I would’ve hoped you would share their gratitude for this great land.

And this kind of shaming about feeling grateful for the land of plenty is especially rich coming from a Republican Senator right now, considering how many people are going to suffer this Thanksgiving directly because talks broke down around a second COVID-19 stimulus bill—all so the Senate could rush Amy Coney Barrett onto the Supreme Court just before the election.

The Senate has adjourned for Thanksgiving, abandoning the people during a plague as winter sets in, making a complete farce of the holiday.

Other conservatives are blending the distrust of COVID-19 restrictions with the same War on Thanksgiving rhetoric Trump was using last year, implying that some are canceling the holiday this year just to show how much they hate families, and fun, and the American way.

Charlie Kirk: “The Left has always hated Thanksgiving” and “now they’re using the virus as an excuse for you not to be thankful” pic.twitter.com/YtvKyICIy5

The people who think the story of Thanksgiving is racist are the same people who want to cancel Thanksgiving “because of covid”.
They also tore down statues of Washington & Lincoln – or enabled those who did. They hate America, our history & traditions. Don’t fall for this ruse. pic.twitter.com/iSz9RofxCN

But none of that is true. There is no broad-spanning hatred toward Thanksgiving on the left. Any suggestions to the contrary are part of the ongoing conservative project to divide the country into Real Americans and The Other. It’s been going on since before Bill O’Reilly started losing his mind every year about people saying “Happy Holidays” sometimes instead of “Merry Christmas.” It’s hit an apex in the Trump era and it’s bound to continue in the Biden administration, when the right-wing settles back into its comfort zone as the opposition mode. But there is something that is both vicious and utterly amoral about making the common sense of exposing fewer people to coronavirus this holiday season a  culture issue.

There is no war on Thanksgiving; just a war on the pandemic.

And if you’re flouting safety regulations as a matter of principle, you’re fighting on the pandemic’s side. 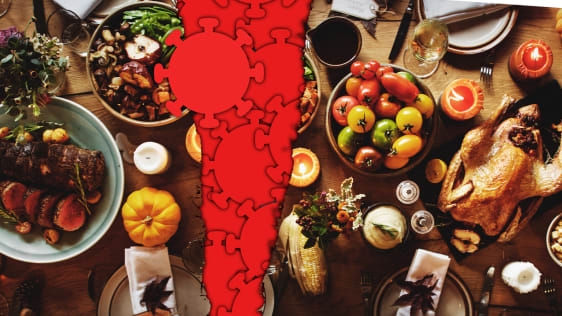