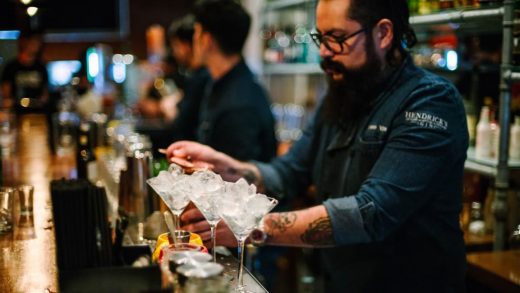 February 23, 2021
Glasses clink. A bartender shakes a drink behind the bar while someone slices up limes. Upbeat bluesy music wafts across a room full of muffled voices. I’m not describing an actual bar scene, though it’s as close as I’ve been to one lately.

I’m actually listening to a digital tool called I Miss My Bar. The website isn’t heavy on visuals but uses sound design to re-create the ambiance of an evening in a crowded bar. It features adjustable sounds like a bartender working, the ambient sounds of a full room, and a curated playlist. Throw it on while sipping a drink at home, and consider the tool an immersive and intoxicating cocktail of its own, which will transport you back to an evening out before COVID-19.

But while the tool is easy listening, it took some trial and error to get just the right mix. Created by Monterrey, Mexico-based design agency Tandem with the help of technology studio Lagom, the project was initially developed to promote to-go cocktails at a favorite local bar called Maverick. The site’s only visual is an illustration of Maverick’s bar by Damián Treviño. However, the “bar soundscape,” as Tandem founder René Cárdenas described it, has universal appeal.

That’s really because the final product has sounds that just about any night owl would be nostalgic for. To pick the mix of sounds, the team brainstormed with those who know best—the bartenders. They asked questions like “What sounds always represent the experience of having a cocktail at a bar?” and which sounds “represent the experience of sitting in any kind of bar, in any country, place or time while not losing the local identity of Maverick?”

With those guidelines in hand, Cárdenas and his co-creative director on the project, Mauricio Mastropiero, tested different mixes on audio software and narrowed the ingredients down from an initial list of 20 sounds. A tipsy group of friends, a conversation with a bartender, and an occasional breaking glass were left on the cutting room floor.

In the end, they landed on seven sounds in total: a bartender working, people talking, a full room, rain on the windows, street and night ambiance, and drinks being served, in addition to a curated playlist. (Some of the sounds, like the bartender working and the cocktail prep, were custom made by Cárdenas and his team.)

They then played the sounds on different devices from big speakers to cell phones, and had team members who weren’t part of the project guess what they were. Ultimately, they wanted to strike a tonal balance that didn’t feel too saturated and used as few sounds as possible while still capturing that late-night bar feeling.

“So many people have connected with this project all over the globe because it’s not just about aesthetics, and for us the approach was never that,” says Cárdenas. “We made a project driven by real human emotions: nostalgia, the fear of never being able to see each other again, our natural instinct of being social and sharing our time, stories, food, thoughts and feelings.”

For those of us that consider a drink with friends its own kind of healthy elixir, this nightlife sound bath is like sonic therapy. Even so, it’s not the real thing. Says Cárdenas, “We really hope this awful pandemic ends soon and everyone can close the site’s tab on their browsers and go to an actual bar with their friends to make a toast for better days ahead.” 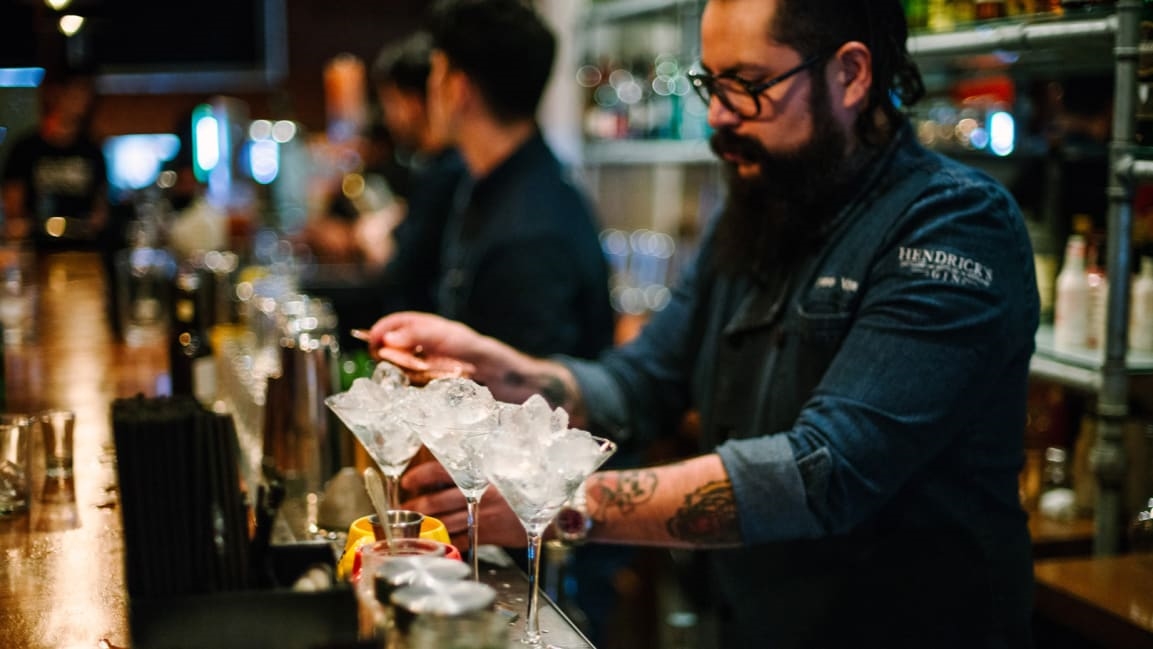