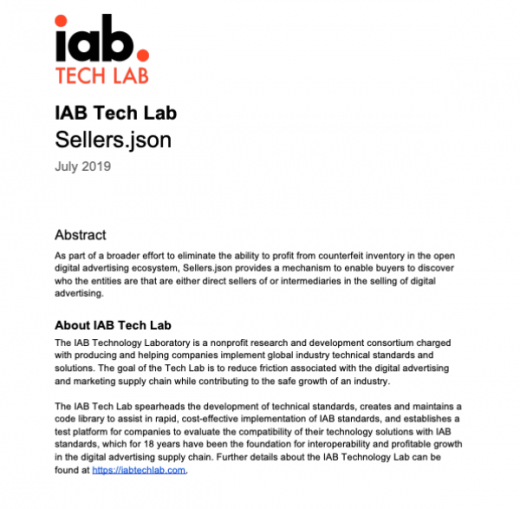 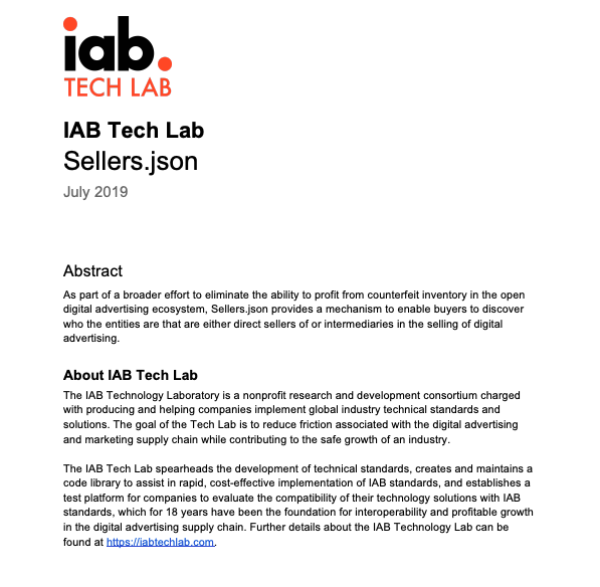 The OpenRTB Working Group public comments for the two tools closed in May 2019 and are now ready for industry adoption.

IAB Tech Lab CTO Sam Tingleff introduced the final version in a blog post, which details likely scenarios if companies do not adopt the specs.

In the post, Tingleff explains how combining sellers.json and SupplyChain is intending to solve one simple problem: providing buying platforms (DSPs) and intermediaries with transparency into the origins, paths and legitimacy of ad inventory.

The data from the specifications aims to block impressions traveling through untrustworthy intermediaries, when it comes from out-of-band data, such as a lack of TAG certification or a poor previous experience. It should also help to optimize supply paths and prioritize spend through shorter or preferred paths, relative to longer or less preferred paths, Tingleff explains.

For instance, the specs won’t solve discrepancies or the complete elimination of fraud from digital advertising. It also won’t solve cryptographic verification of a declared supply chain path, which the working group believes remains important and will get to with ads.cert or a derivative.

The specs and supporting FAQ resources announced today intend to promote industry adoption throughout 2019. Any early adopters should update their implementations to comply with these final specifications, according to Tingleff, pointing to the FAQ/Implementation guidelines document in the post.